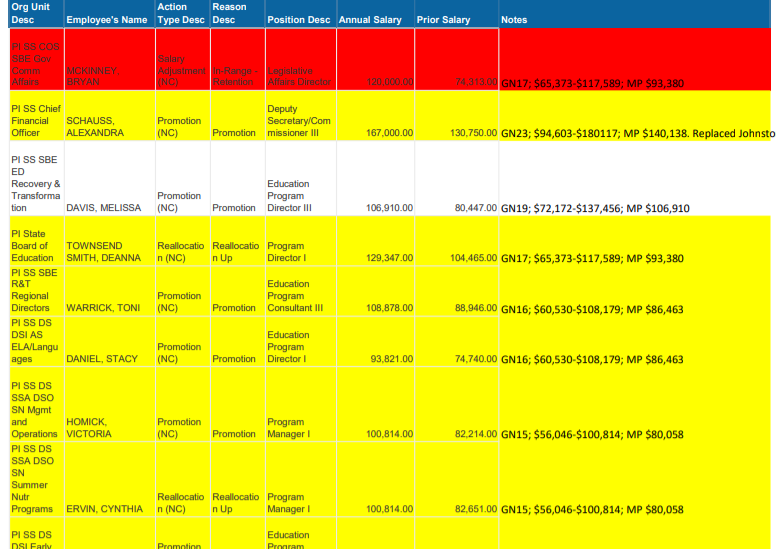 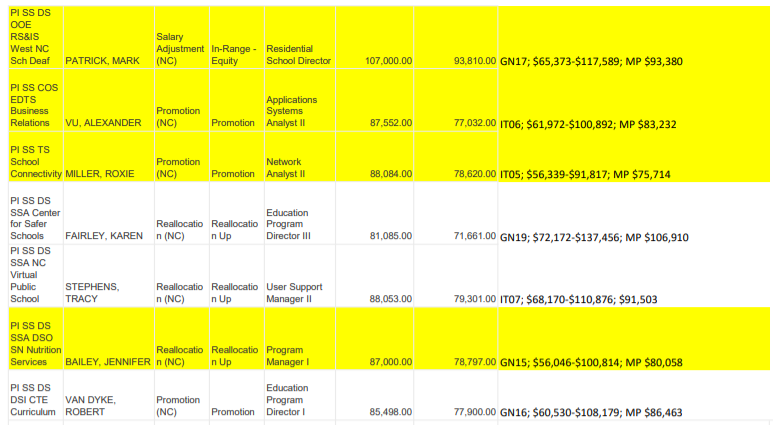 Other employees, hired by Truitt as she settled into the job earlier this year, were hired at above-market rates.

The raises and inflated salaries at the state’s education office come as classroom teachers and other frontline educators continue their years-long wait to see any increase in their pay scale.

Outside of scheduled step increases for qualifying teachers, there have not been any pay raises for teachers in more than two years, as Governor Roy Cooper and Republican leaders in the legislature have been unable to agree on a budget.

Pay for employees who work for the state is governed by pay scales set by N.C. Office of State Human Resources.

Each employee is given a position classification and a corresponding pay scale. The scale includes a minimum salary and maximum salary, as well as a midpoint salary within that range.

By law, the Council of State offices, including DPI, can pay employees up to ten percent more than the maximum allowed in the salary range.

There is a shortage of teachers, which is being exacerbated by a steady stream of mid-year departures. There’s also a shortage of substitute teachers. And the state has raised the cap on the number of students that can be assigned to each classroom.

You are preaching to the choir . We have been saying this for years .