RALEIGH (AP) — Dozens of North Carolina residents said Monday that Republicans should shelve proposed congressional district maps that they said would likely give the GOP the most seats for the foreseeable future while needlessly fracturing the state's largest counties. 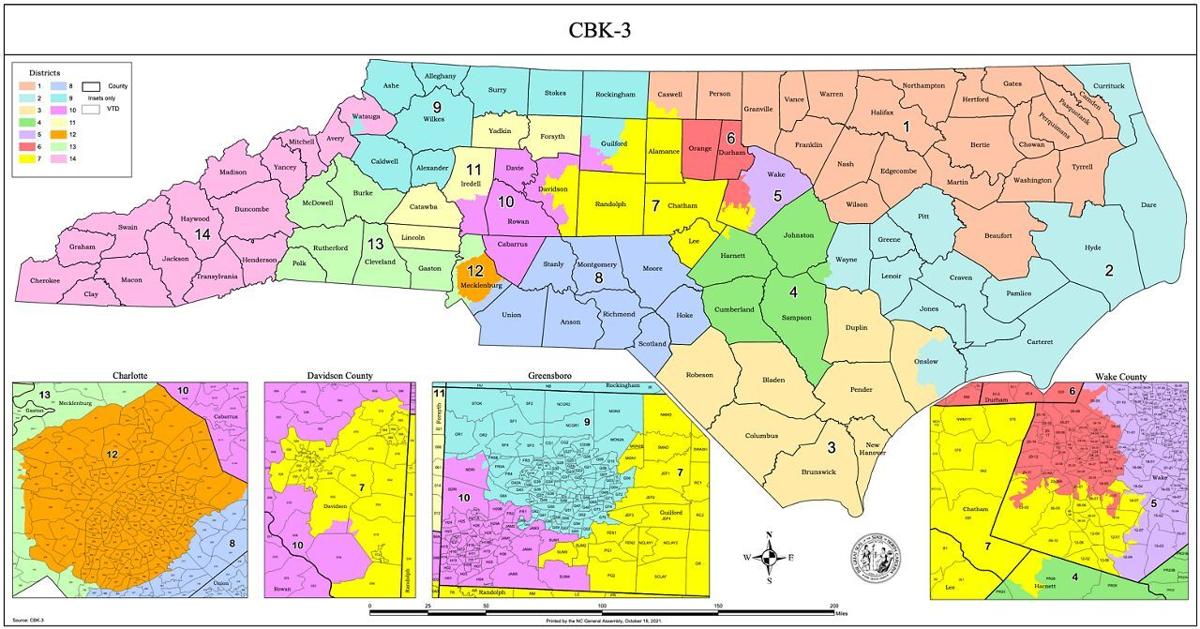 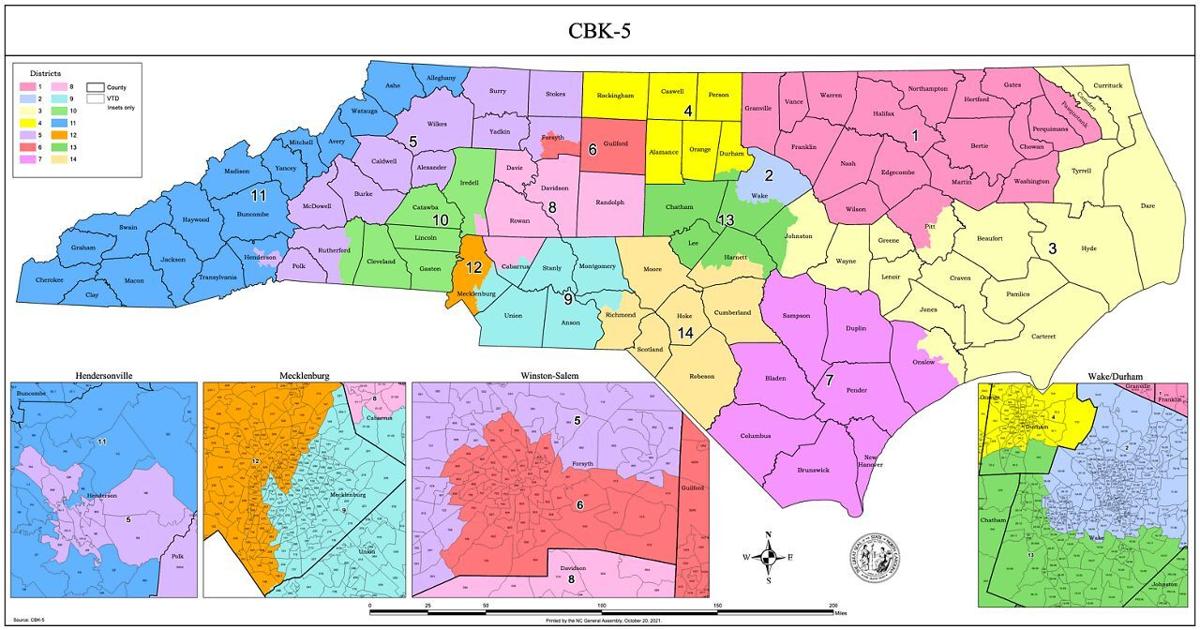 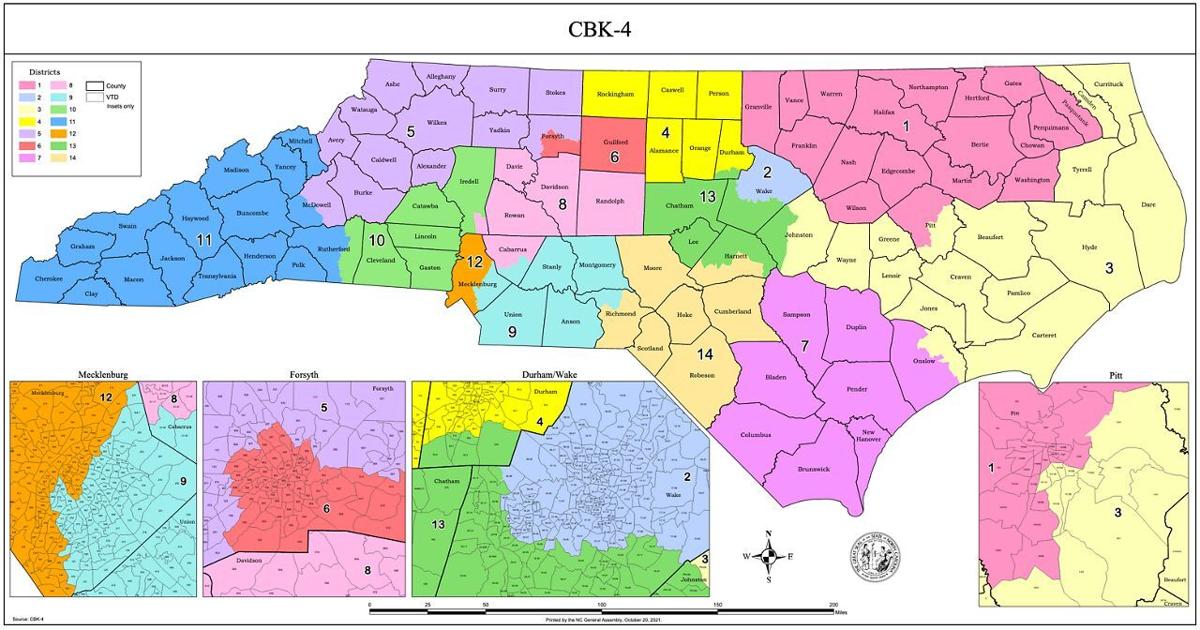 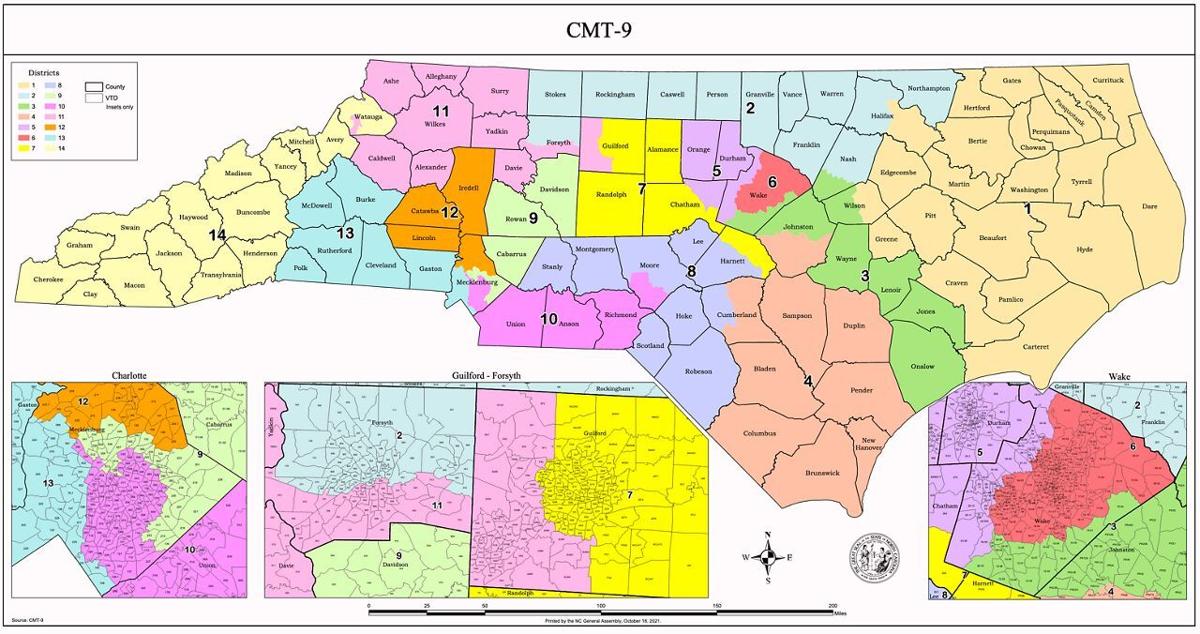 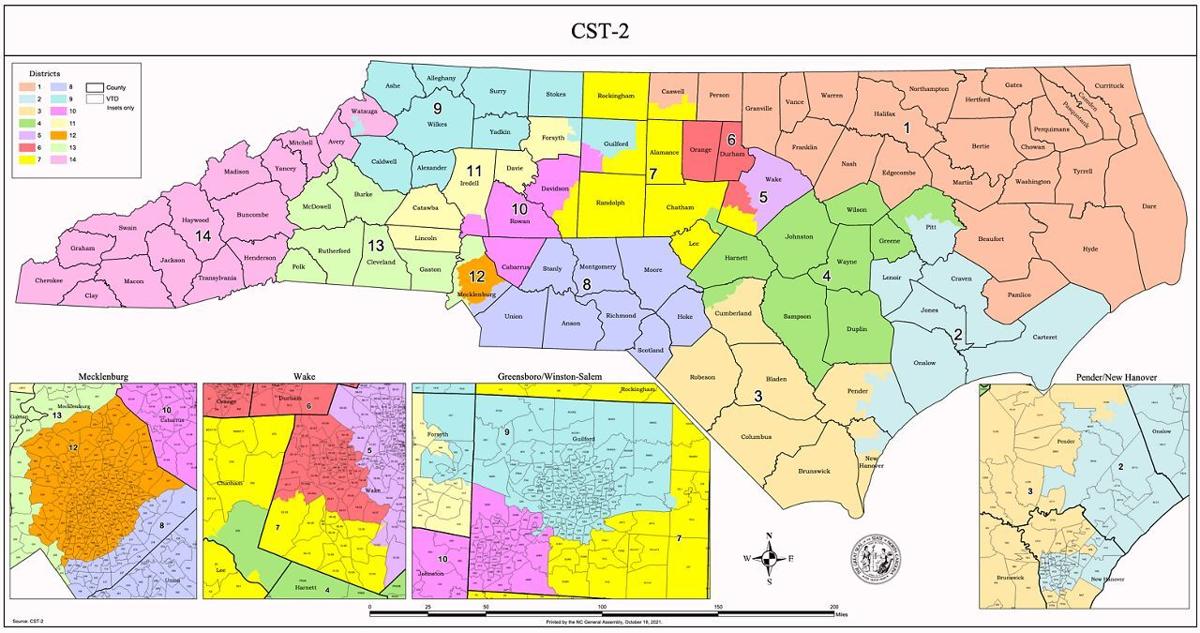 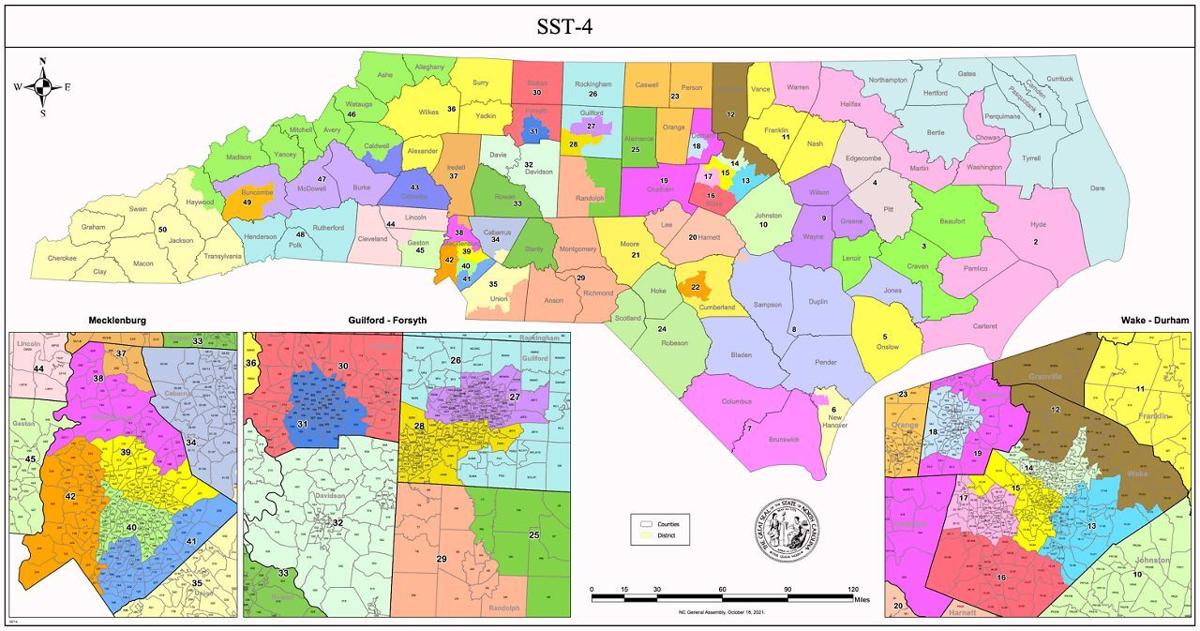 Members of the North Carolina General Assembly are putting the last touches on the redistricting maps that could shape the state’s politics for a decade.

The Republican-led legislature wants to get North Carolina’s new mapsdone for congressional districts and the General Assembly by Nov. 5.

Tuesday at 3 p.m.: At the NCGA and with remote sites at East Carolina University and Central Piedmont Community College

Tuesday at 5:30 p.m.: Virtual public hearing. Sign-up link will be available on ncleg.gov

Republicans and Democrats have spent the past few weeks creating separate redistricting maps. During the first of two days of public hearings on them, speakers criticized GOP proposals that could make at least 10 of the state's 14 U.S. House districts favorable to Republican candidates. Republicans currently hold an 8-5 advantage in the state's congressional ranks, but the state will get another member through at least 2032 due to population gains recorded by the 2020 census.

Maps most favorable to Republicans would split predominantly Democratic Mecklenburg and Wake counties among at least three districts, some of which would spill into more conservative and rural surrounding counties, thereby making it harder for Democrats to win.

“This is not fair, since North Carolina is a half-and-half state with the two parties," Kathy Wheeler of Guilford County told redistricting committee members at the Legislative Building. “The maps proposed by Republican members dilute Democratic votes and deprive communities of effective representation.”

Several speakers complained that some plans also would split Guilford County, currently represented by Democrat Kathy Manning, into as many as three districts.

Democrats have offered congressional maps that would give their party a better chance to win six or seven seats, which they say aligns with electoral results for statewide races that are usually decided by a few percentage points. Republicans, who have controlled the General Assembly since 2011, have performed well in North Carolina federal races, not losing a U.S. Senate race since 2008.

House committee Chairman Destin Hall of Caldwell County said after the hearing that GOP leaders are staying away from making decisions based on electoral outcomes.

Hearing participants also criticized GOP redistricting committee leaders for preventing the use of racial data in drawing districts. Democrats and allied civil rights advocates argue that without such data lawmakers are unable to protect Black voters from being disenfranchised in a map plan.

“Being colorblind does not equate to being racially just. In fact, it can mean just the opposite,” said Phyllis Demko with the League of Women Voters of North Carolina. She added that it's obvious legislators know where minority voters live and how they vote.

Andy Jackson of the conservative John Locke Foundation was one of only a couple of the roughly 30 speakers at Monday’s first session who seemed generally pleased with legislators, in particular for mapmaking criteria that he said ensures “racial considerations do not predominate in designating districts.”

The House and Senate redistricting committees scheduled an in-person and an online-only hearing both Monday and Tuesday to collect feedback on proposed General Assembly districts. Each in-person hearing in Raleigh also had two remote sites. Monday’s other locales were in Wilmington and Lenoir, with Greenville and Charlotte on Tuesday.

The hearings are the next step before the legislature begins voting on the plans. The legislature hopes by early November to approve new maps that will apply to elections starting next year. Candidate filing for the 2022 election begins Dec. 6.

With Republican majorities in both the state House and Senate and redistricting maps exempt from Democratic Gov. Roy Cooper's veto stamp, Republicans are likely to get their way unless litigation blocks them.

Senate Minority Leader Dan Blue of Wake County said Democrats in his chamber want to meet with Republicans to express their concerns and seek what they consider a fair plan. But without “real serious negotiations on all aspects of these maps” that lead to consensus, Blue told reporters Monday, “short of a lawsuit, there are very few other things left to do.”

You mean it is unfair to do what the Ds do when they have the chance ?

100 counties = 100 districts would seem fair with an electoral college scheme thrown in would be an answer . Each county gets one vote . That would level the playing field but never satisfy the progressives .

NC gerrymandered districts has been in courts for years, and its not the D's who have been doing the gerrymandering. A simple google search would confirm that.

I can agree on 100 counties and 100 districts, the electoral college scheme not so much. You need to face facts the demographics are changing, and the majority should decide without parlor tricks to give the minority a disproportionate say in the outcome of a given issue.