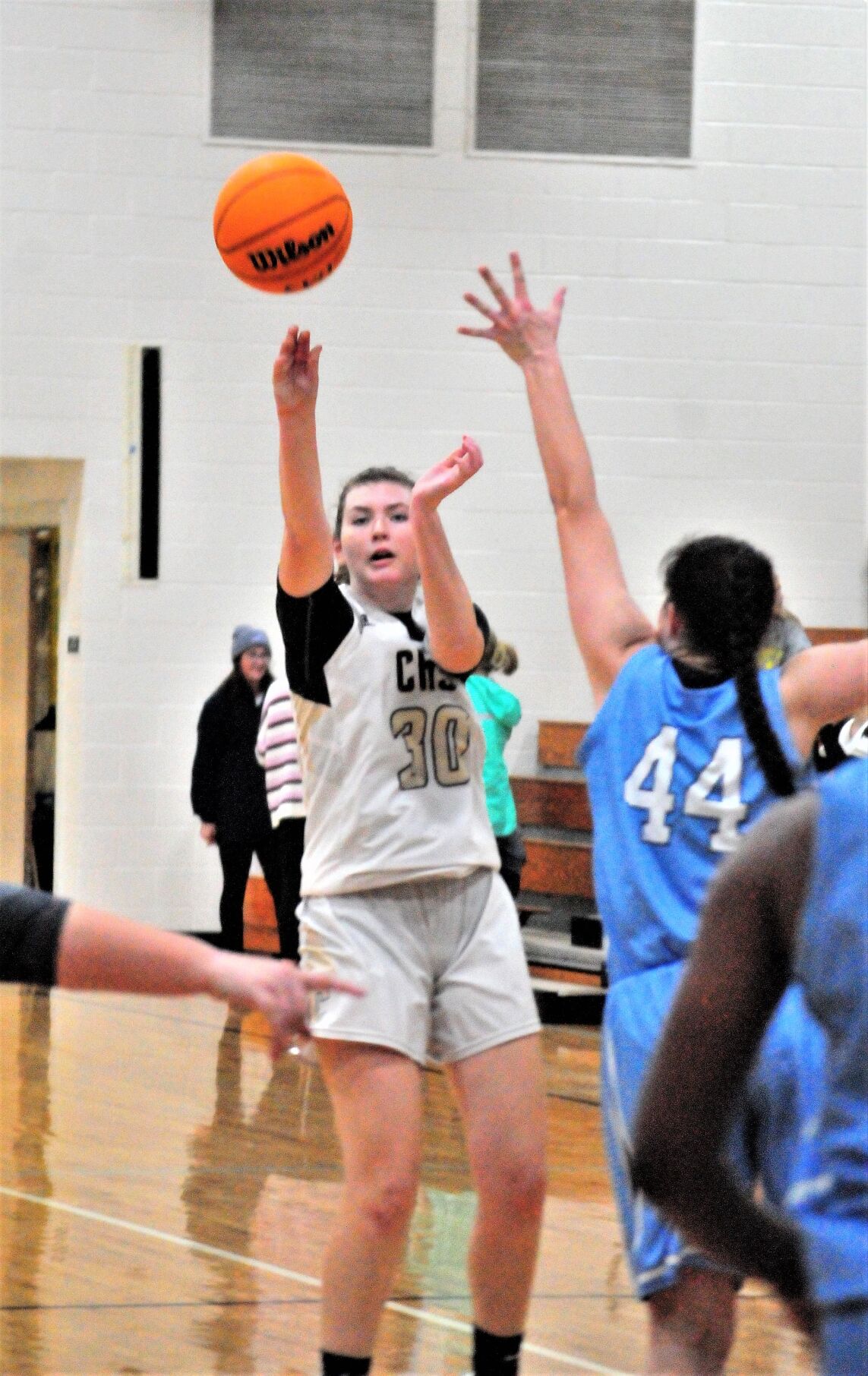 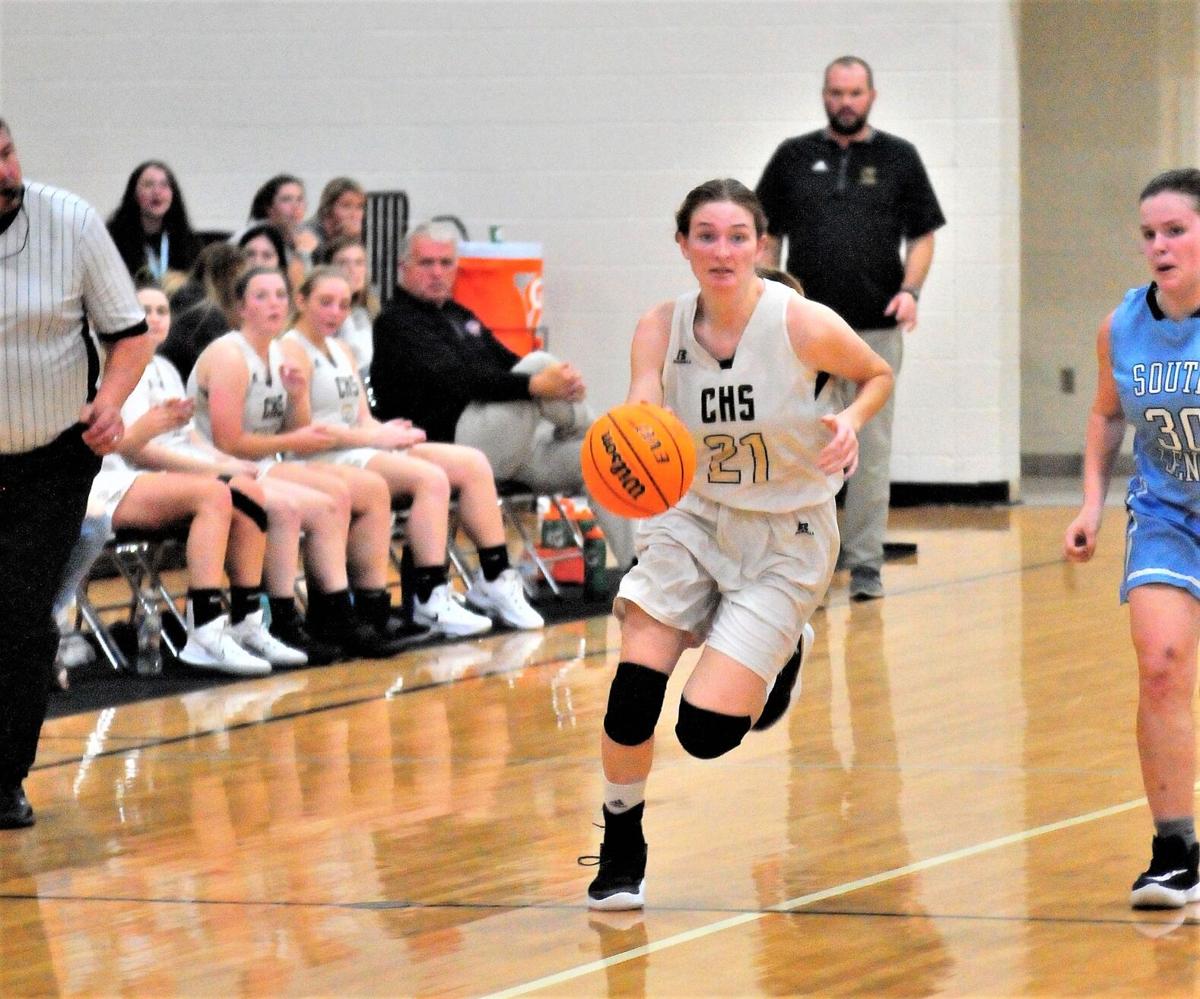 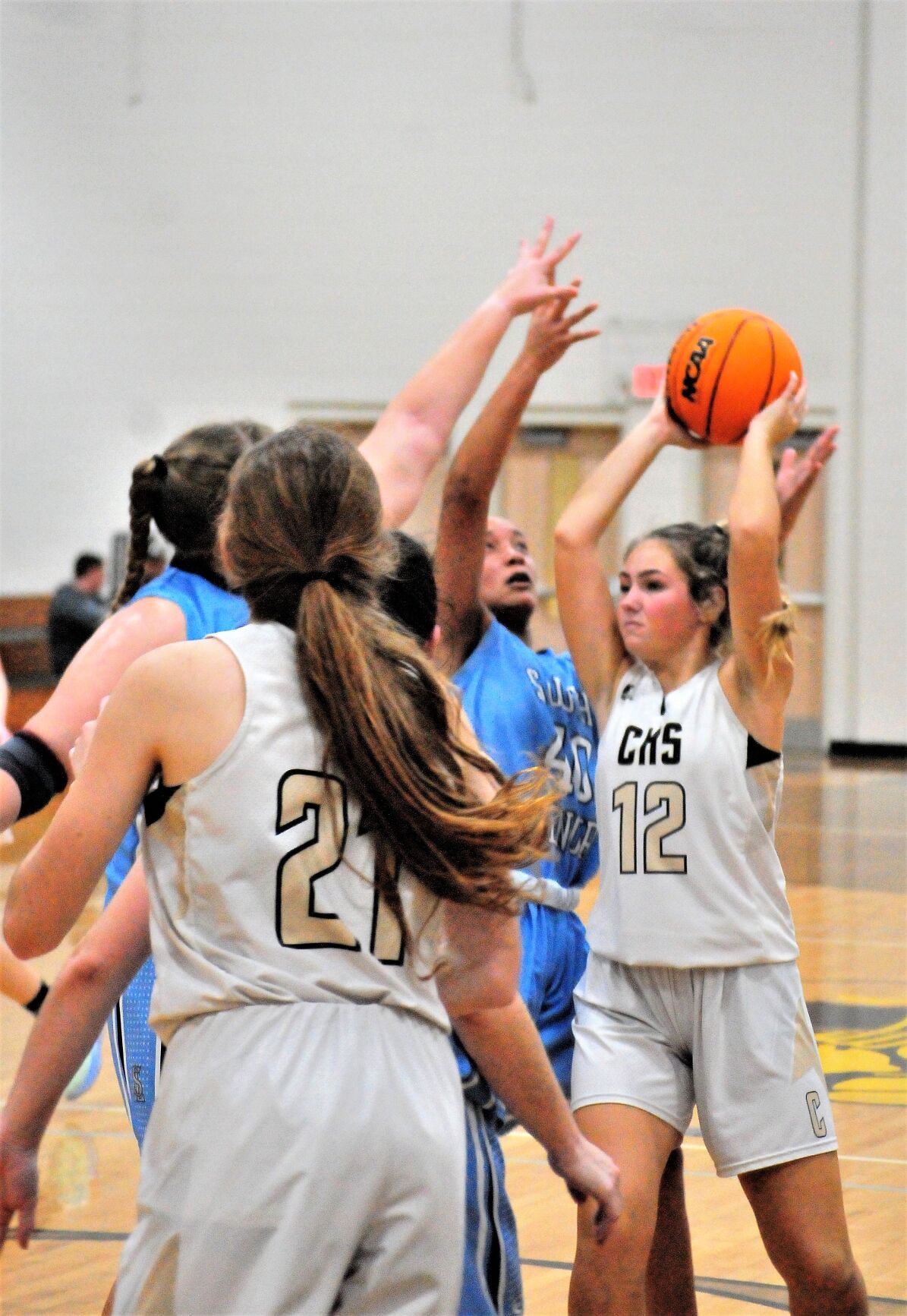 The Cougars’ Sadie Johnson looks for a pass outlet on Monday as she is swarmed by South Lenoir defenders. (Zack Nally photo) 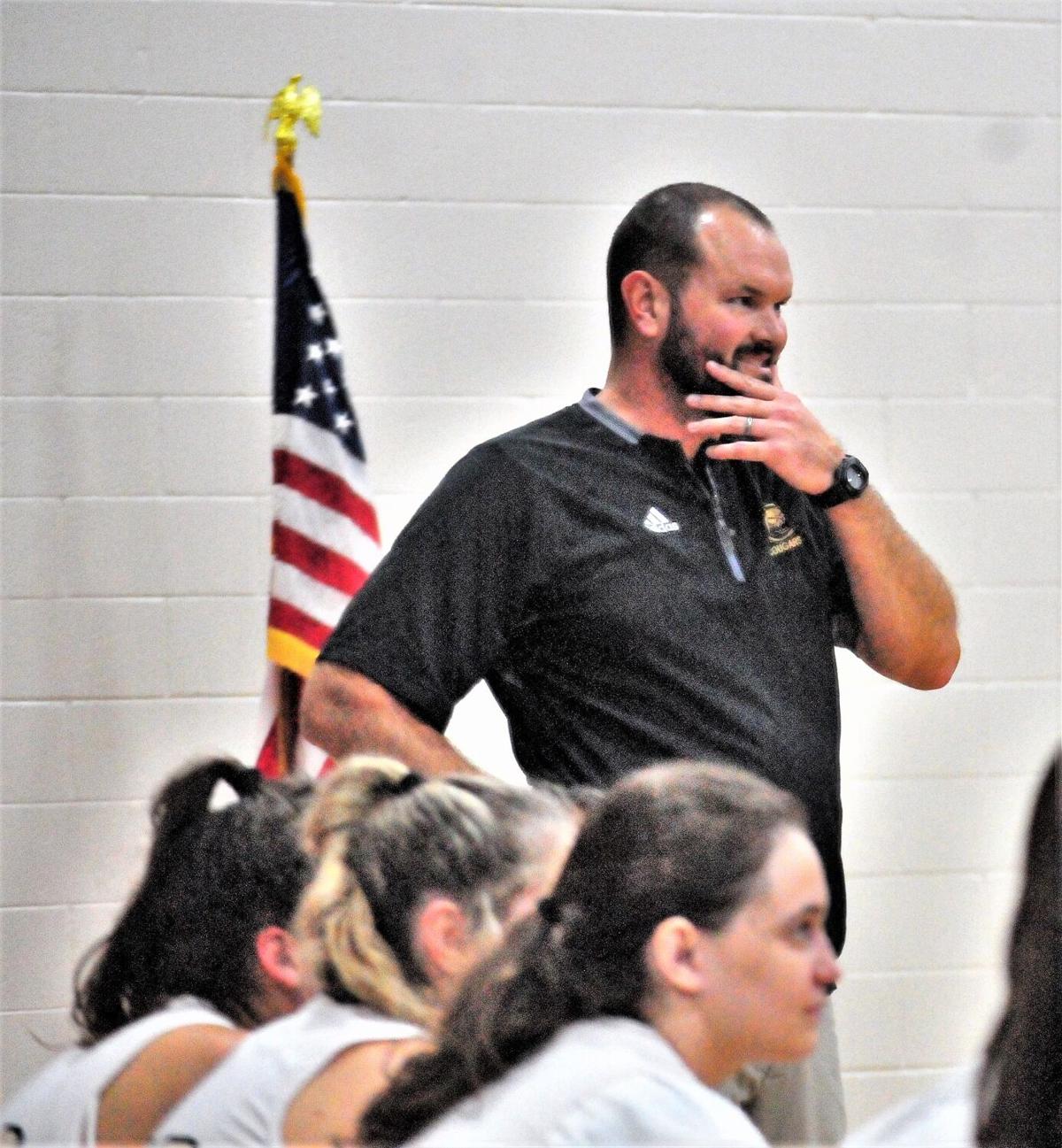 The Cougars’ Sadie Johnson looks for a pass outlet on Monday as she is swarmed by South Lenoir defenders. (Zack Nally photo)

OCEAN — Croatan girls basketball coach Andrew Gurley knew his young roster was going to have its growing pains, but he got what he wanted on Monday – a fighting chance to win.

The Cougars lost 40-35 to South Lenoir in their home opener, but they only faced a three-point deficit late in the fourth quarter.

“We had a chance to win that game,” Gurley said. “That’s all you can ask for.”

The Cougars had the misfortune of five straight three-point attempts clanging off the rim in the final two minutes of the game. They start their season 0-1, while South Lenoir is 1-0.

Croatan trailed for most of the first half before scoring eight straight points to end the second quarter. The last bucket of the half was a trey from Madi Rogers who led the game with 15 points.

“I was proud of my girls for keeping their composure when (Croatan) took the lead,” South Lenoir coach Donald Mooring said. “And then Neziah (Laporte) sank some pretty crucial free throws down the stretch.”

Mooring and Gurley are familiar with each other after working together to prep for a 2020 East-West All-Star game that was ultimately canceled due to the pandemic.

Mooring said he was grateful that, like himself, Gurley was dealing with a mostly new roster. South Lenoir graduated its top two scorers from a 3-6 season in 2020-2021. The Cougars graduated their top three scorers from last season’s 13-3 squad, with only three members of the varsity team penciled in for the new one.

Two of them, Ginger Hayden and Rogers, stood out on the court with 26 combined points.

“Both of them played well, but we need to get them some more scoring support,” Gurley said. “We shot 26 percent from the floor tonight. That’s not good enough.”

Gurley’s starting rotation is made up entirely of juniors, but varsity experience is still scarce, evident in the opener with 15 turnovers from an offense that struggled to get to the post.

“We made too many turnovers that were unforced,” Gurley said. “And then those turnovers gave them the opportunity to push into transition, where we struggled. We still need to be more fundamentally sound. Everything’s in with x’s and o’s, but there’s still a lot of work to do.”

Gracie Howard and Laporte led South Lenoir in scoring with 14 apiece. The Blue Devils shot 11-of-16 from the foul line.

The Cougars shot 9-of-13 from the charity stripe.

Croatan will take a week off for the Thanksgiving holiday before returning to action on Tuesday with a trip to East Duplin. The team won’t be home again until Dec. 8 when it hosts Pamlico County.