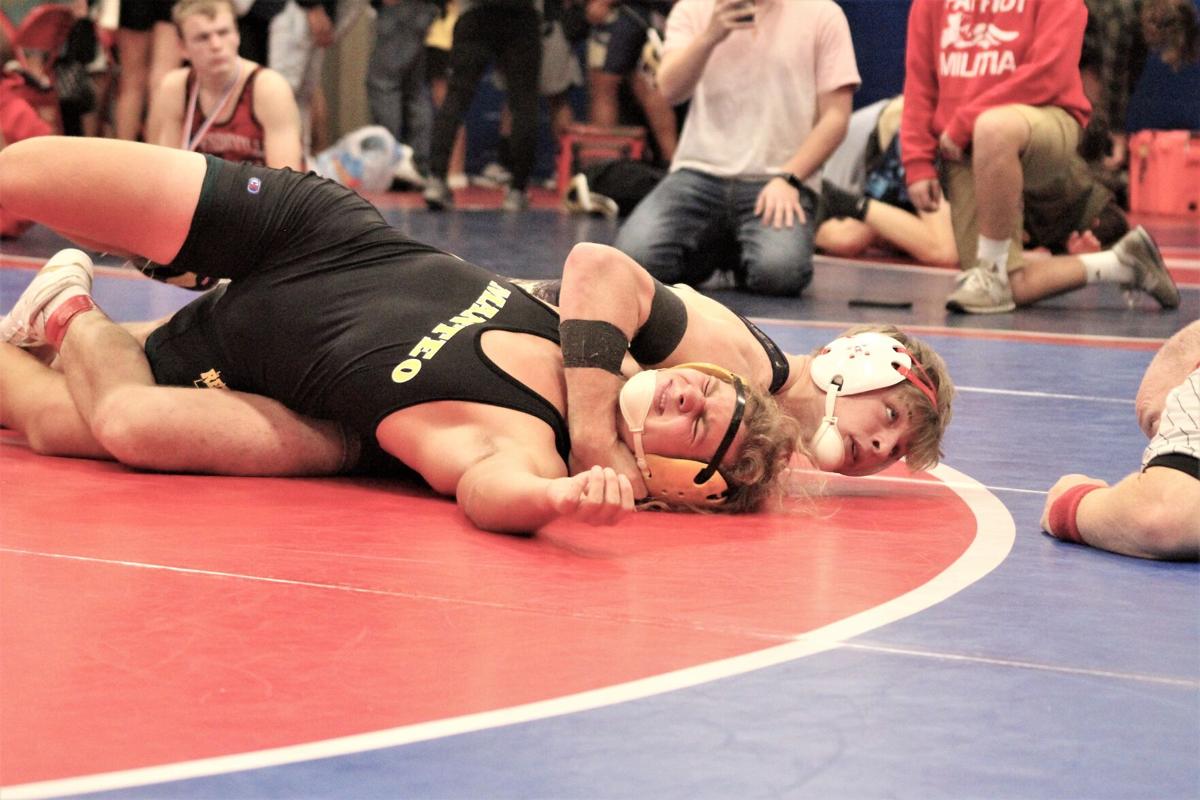 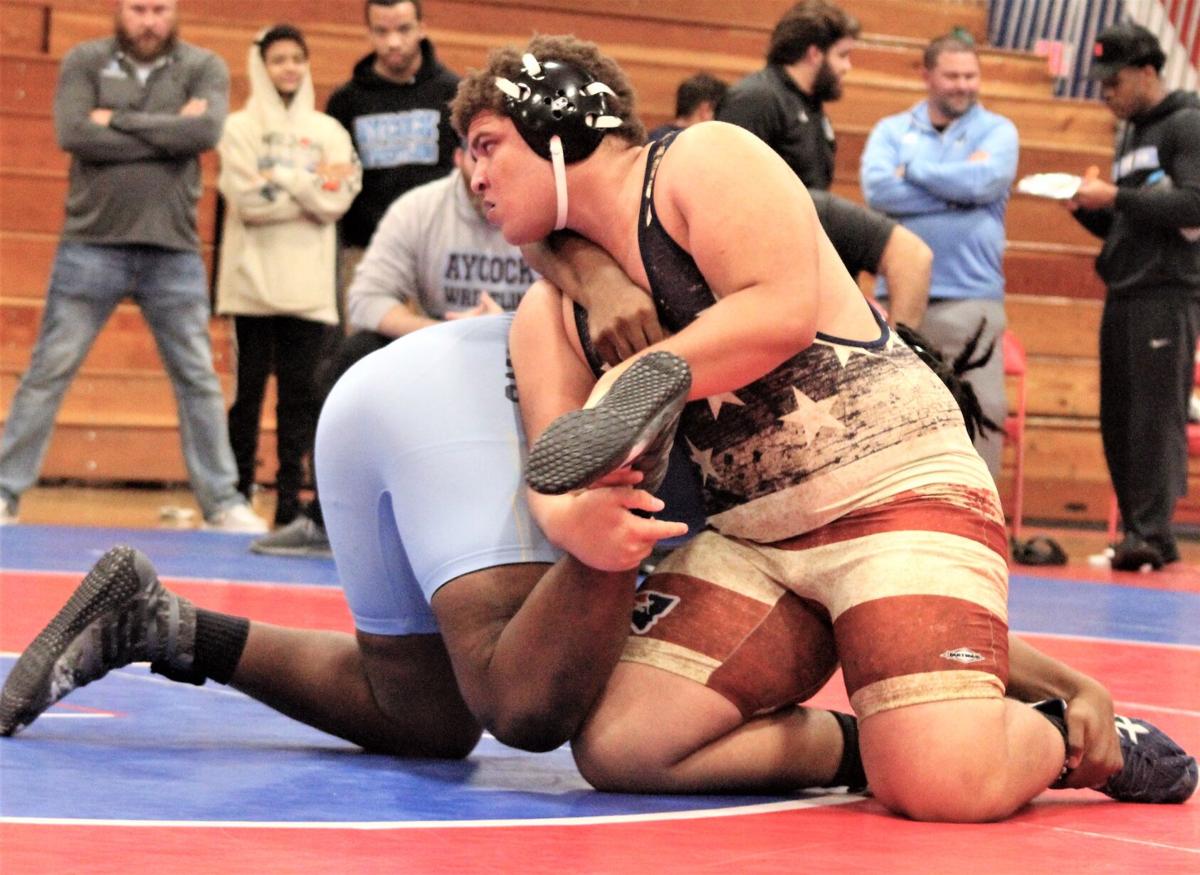 West Carteret’s Isaac McPherson finishes as the runner-up in the 285 division in the Patriots’ annual Beach Brawl. (J.J. Smith photo) 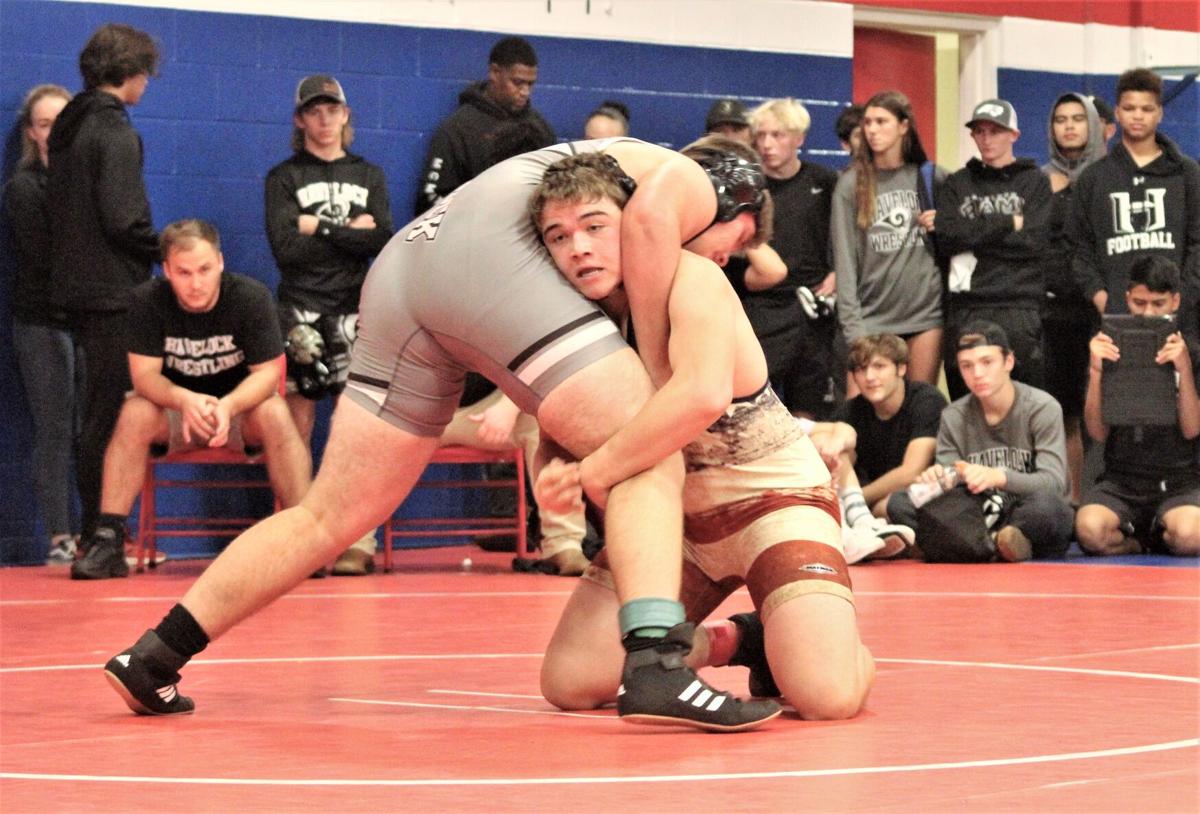 West Carteret’s Isaac McPherson finishes as the runner-up in the 285 division in the Patriots’ annual Beach Brawl. (J.J. Smith photo)

The Patriots had five podium placers to finish with 122 points. Cape Fear and Havelock duked it out for first and second place with 157.5 and 154.5 points, respectively.

East Carteret also attended the event, tying for 13th overall with 31 points from two wrestlers placing in the top four of their weight classes.

Cole Reynolds was the sole winner for West, capturing the 170-pound weight class with a 42-second pin over Manteo’s Dylan Polatty.

He improved to 3-0 with three wins in the meet, also pinning Dawon Sauls of C.B. Aycock in 26 seconds and putting Cape Fear’s Calan Staub to the mat in 1:35.

Three other grapplers – Skyler Oxford at 120 pounds, Joshua Knipe at 220 and Isaac McPherson at 285 – reached the first-place match but were pinned in the finals to place second.

Oxford (2-1) was pinned by Marquis Shaw of West Brunswick after capturing two pins in under a minute to reach the finals. He defeated Brianna Macias of White Oak in 34 seconds and Jacksonville’s Jadon Huber in 52 seconds.

Knipe (2-1) got through Landon Sargent of Cape Fear with a 12-8 decision and pinned East Carteret’s Daniel White in 4:38 to reach the finals, but he was pinned by Lance Deane of Havelock to place second.

McPherson (3-1) was the only West grappler to stay in the winners’ bracket with three rounds before the finals. He scored pins in 2:52 or faster in the leadup to the first-place match, where he was pinned by Dallas Bailey of CB Aycock.

The last podium finish came from Hiroki Cruz (3-1), who pinned Tristan Marks of North Brunswick in 1:50 to place third in the 195-pound division. Cruz was knocked out of the winners’ bracket when he was pinned by Jaden Paul of Cape Fear, but he earned his spot in the consolation finals with a 45-second pin of West Brunswick’s Wyatt Moster.

Nathan Hughes (2-2) at 145 pounds also reached the consolation finals, placing fourth after getting pinned by Carson Boisvert of Cape Fear.

Josiah Hynes was the top placer for the Mariners, finishing second at 145 pounds.

Hynes (2-1) captured a 5-4 decision over Shawn Richards of Pamlico County and pinned C.B. Aycock’s Keegan Hudson in 5:54 before he was felled by Manteo’s John Perciful in the finals.

Daniel White (3-2) at 220 pounds placed fourth in his weight division. He reached the consolation finals with a 2:57 pin of West Brunswick’s Christian Hardy.