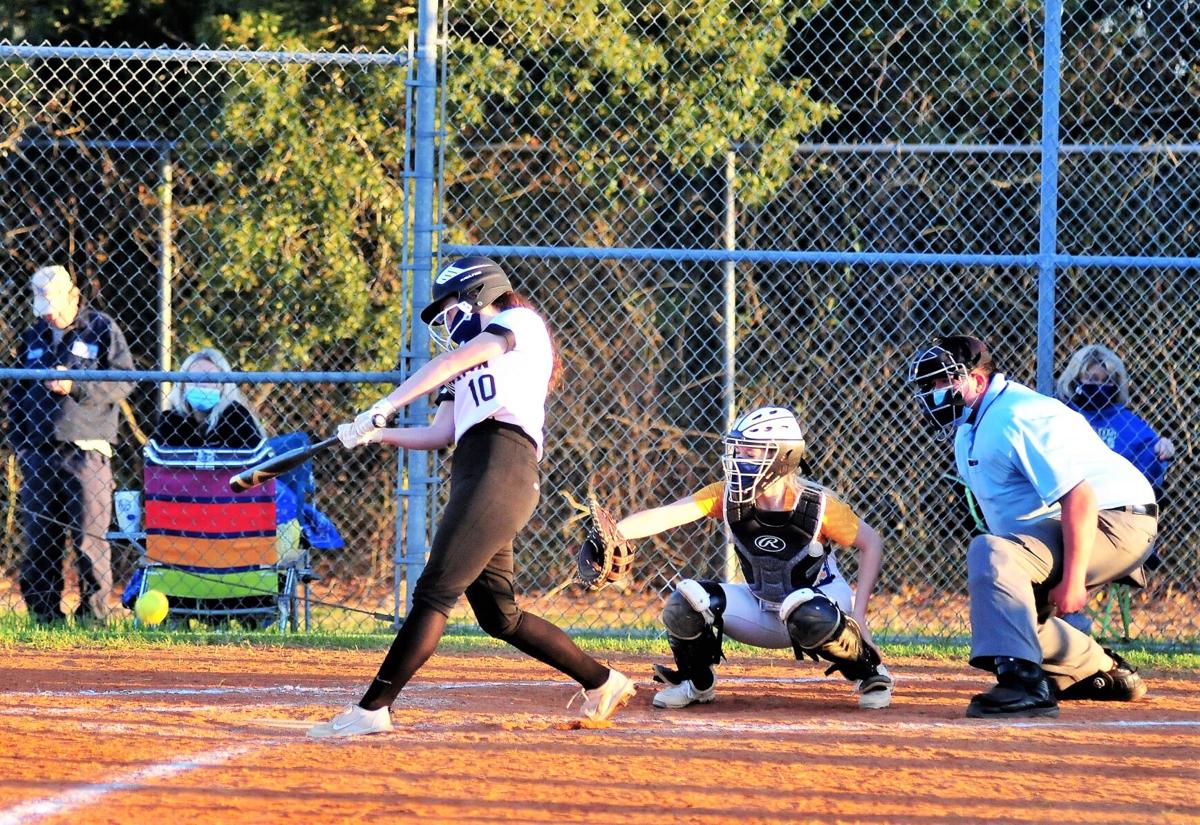 Croatan’s Avery Jensen lays down a single on Monday in the 9-6 win over Richlands. She hit 2-for-3 in the game and scored a run. (Zack Nally photo) 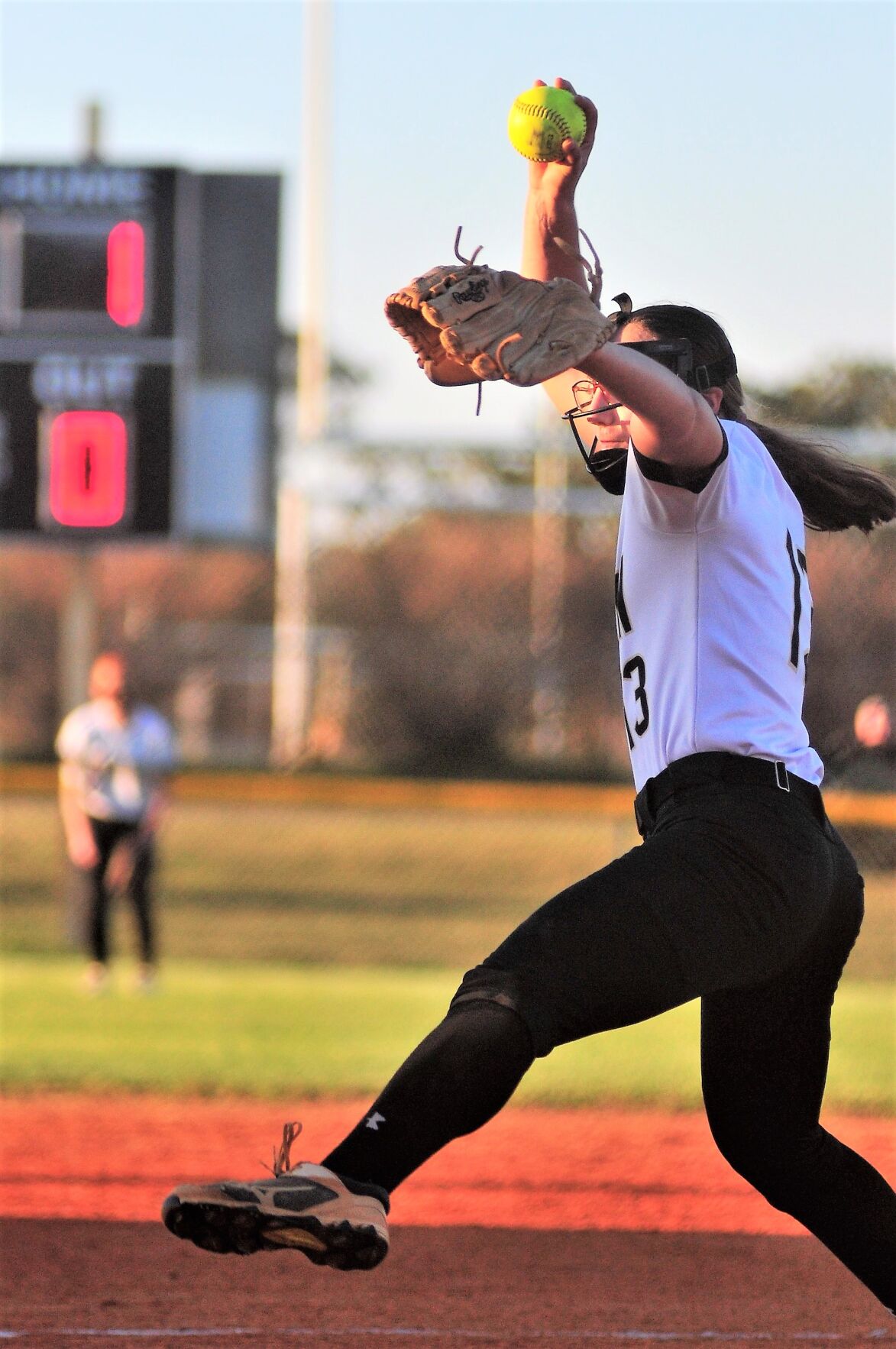 Croatan’s Avery Jensen lays down a single on Monday in the 9-6 win over Richlands. She hit 2-for-3 in the game and scored a run. (Zack Nally photo)

OCEAN — The Croatan softball team snapped a two-game skid with a 9-6 victory over Richlands on Monday.

With the win over Richlands (1-3), the Cougars are tied with Dixon for third place in the 1A/2A Coastal 8 Conference. Pender (5-0) remains in first and East Carteret (5-1) in second.

Croatan faced a 3-1 deficit going into the bottom of the third inning before scoring eight runs in its next three at-bats, including four in the fifth.

The big fourth inning kicked off with loaded bases after Sarah Melby was walked, McKenzie Henrich hit a double and Berlyn Underwood was hit by a pitch. Tiffany Harris smacked a double to score Melby and Henrick, and after Underwood was tagged out between second and third base on a single from Avery Jensen, scored on a single from Jessica Seelinger.

Melby’s run was her second of the night. She hit a triple in the third inning to drive in Shelby Waltrip and Seelinger, then scored on a sacrifice bunt from Henrich.

AnnMarie Benson added onto the eight-run streak with one in the fourth inning. She reached on a walk and scored when Richlands errored on a hit from Waltrip.

The first run of the game came from Waltrip who singled to get on base and scored on a Melby single. Waltrip, Melby, Henrich and Jensen eachl had two its in the game.

Pittman pitched all six innings for the Wildcats. She struck out 10 and gave up six earned runs.

Croatan will host East Carteret on Monday for the first of two county matchups. The two teams will face each other again in Beaufort for the regular season closer on Wednesday, April 28.