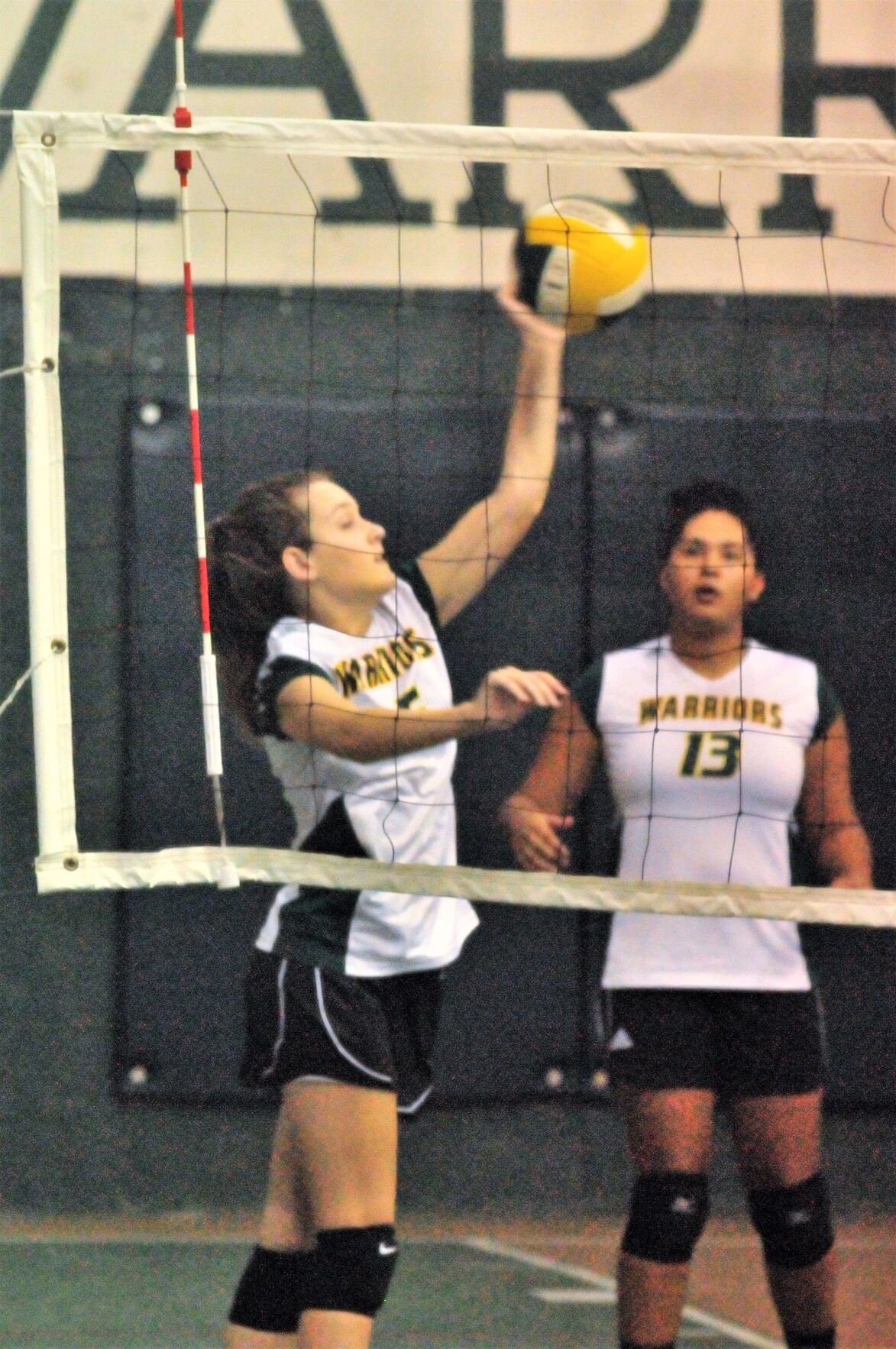 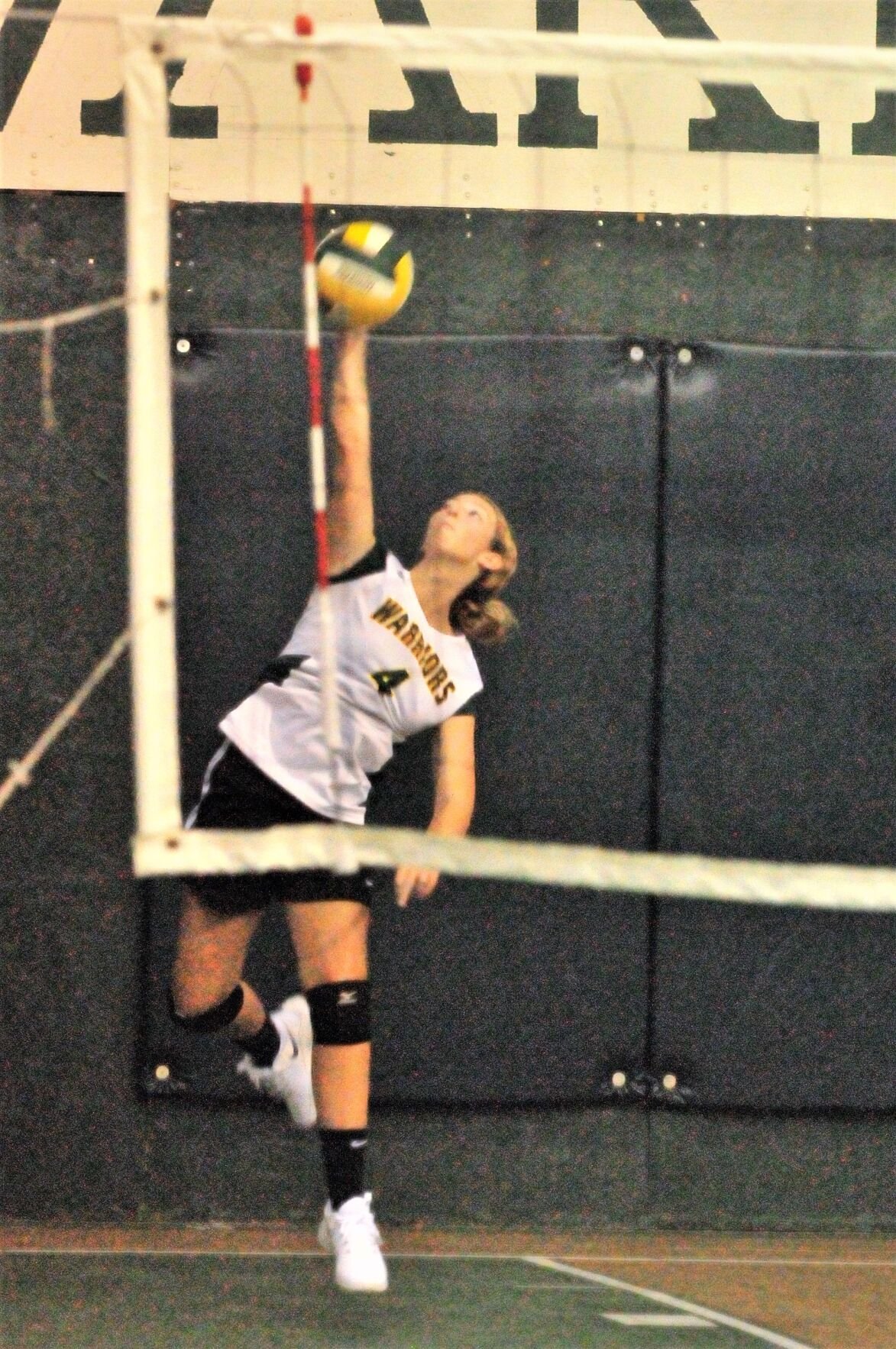 Gramercy Christian’s Ella Taylor serves up one of her 10 aces Tuesday in the Warriors’ 3-0 win over Jacksonville Christian Academy. (Zack Nally photo)

Gramercy Christian’s Ella Taylor serves up one of her 10 aces Tuesday in the Warriors’ 3-0 win over Jacksonville Christian Academy. (Zack Nally photo)

NEWPORT — The Gramercy Christian School volleyball team may still be in a “learning stage,” but a 3-1 start to the season spells good things for the Warriors.

On Tuesday, Gramercy toppled Jacksonville Christian Academy in three quick sets, winning 25-14, 25-15, 25-7. It was the third straight-set victory for the Warriors this season, following 3-0 wins over Trinity Christian on Sept. 4 and Calvary Baptist Church on Aug. 27.

“That’s volleyball,” Gramercy coach Fred Anthony said. “We’re still a work in progress, in a learning stage. We started out a little slow tonight, but we got there. It’s still early in the season.”

“We’ve got a good mix of veterans and first-year players,” Anthony said. “We’re on the younger side, but we do have a few seniors.”

Anthony is back on the sidelines at Gramercy after taking five years off following 19 as the school’s volleyball and girls basketball coach, while also serving as athletic director and boys basketball coach. He amassed an overall record of 832-173 with 31 regular season conference titles, 22 N.C. Carolina Christian Athletic Association championships and one national championship.

Anthony was hired in the offseason, but busy summer schedules resulted in a late start for the team’s preparation.

“We haven’t had much time,” Anthony said. “We got started late, so we’ve only had about two weeks together. Everyone wasn’t able to start at the same time, so we’re still in a learning stage.”

The advent of a season was in question after the remainder of the spring season in March was canceled due to COVID-19 concerns. Ultimately, the small footprint of private schools prompted the organization to permit fall sports.

“We’re glad that we can play,” Anthony said. “We pray for safety obviously. You can’t control some things and you can’t stay holed up in your house either, so we’re just doing the best we can and follow protocol.”

Gramercy had a slow start in set one against Jacksonville, facing a 6-1 hole before scoring 11 straight points with Taylor serving. The senior tallied two serving aces on the run and finished with 10 total, in addition to two kills and four assists.

“Ella is a senior and a captain,” Anthony said. “We count on her for a lot. I think tonight our serve was a little more consistent, and she had a big part in that.”

Jacksonville persisted through the set, hanging on to an 18-13 deficit before Williams slammed down two kills on a 7-2 run to end the set. The senior first-year player finished the night with seven kills, an ace and an assist.

The Warriors faced an early deficit in the second set, too, overcoming a 4-2 lead with a seven-point run on two kills from Williams and a pair of aces from Taylor. Jacksonville’s Cassidy Jackson served through a four-point run to close the gap to 16-15, but Gramercy answered with nine straight points with Williams serving to move to 2-0.

The loss in set two took the wind out of Jacksonville’s sails, which saw excessive serve-return errors and errant kill attempts in the third. Taylor and Williams served through two runs to get to a 9-1 lead, and a 15-7 advantage ballooned to double digits with a 10-point run that ended the set and moved the Warriors to 3-1 for the season.

Tuckey also tallied four assists and three aces, while Haleigha Shingleton put up one kill and Marissa Redmon one ace.