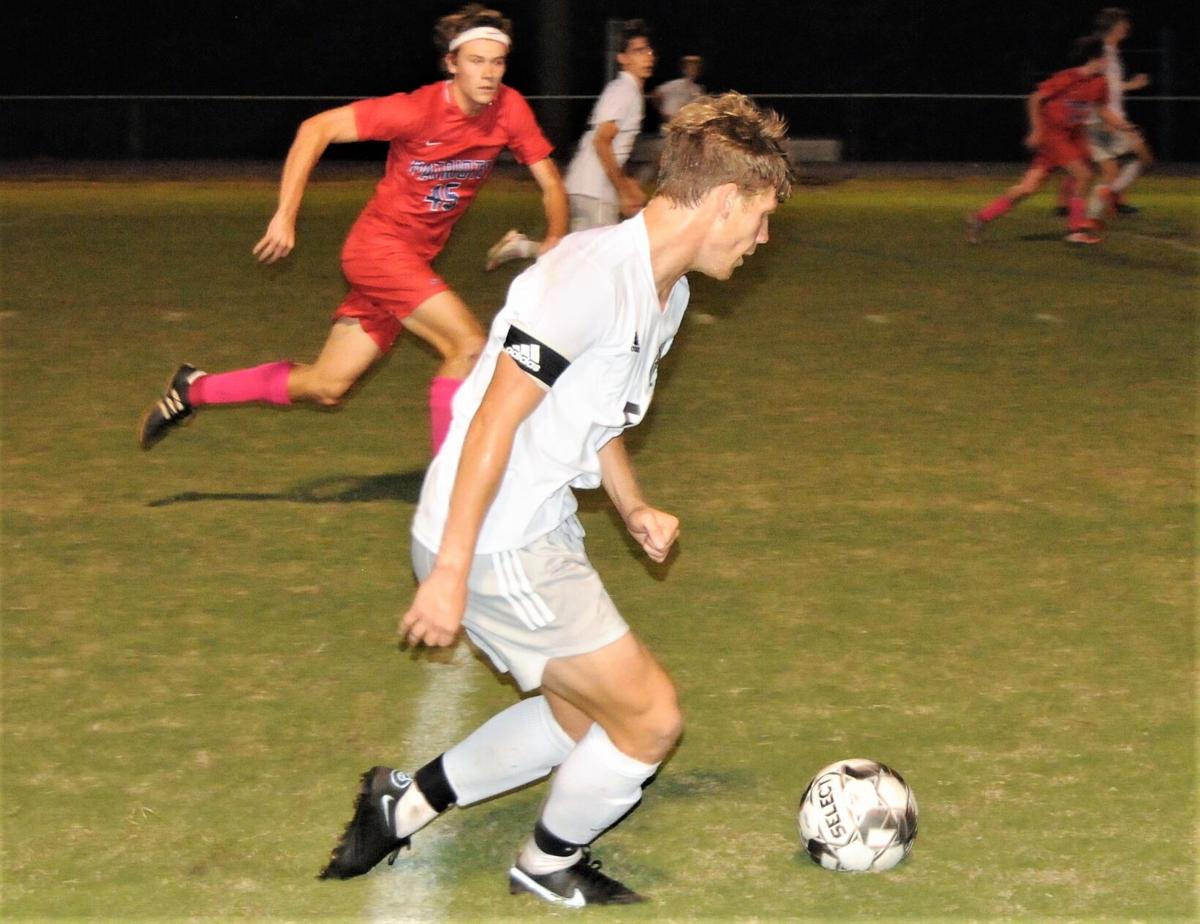 Eli Simonette heads up field to score Croatan’s second goal of the night in the 2-0 win over West Carteret. (J.J. Smith photo) 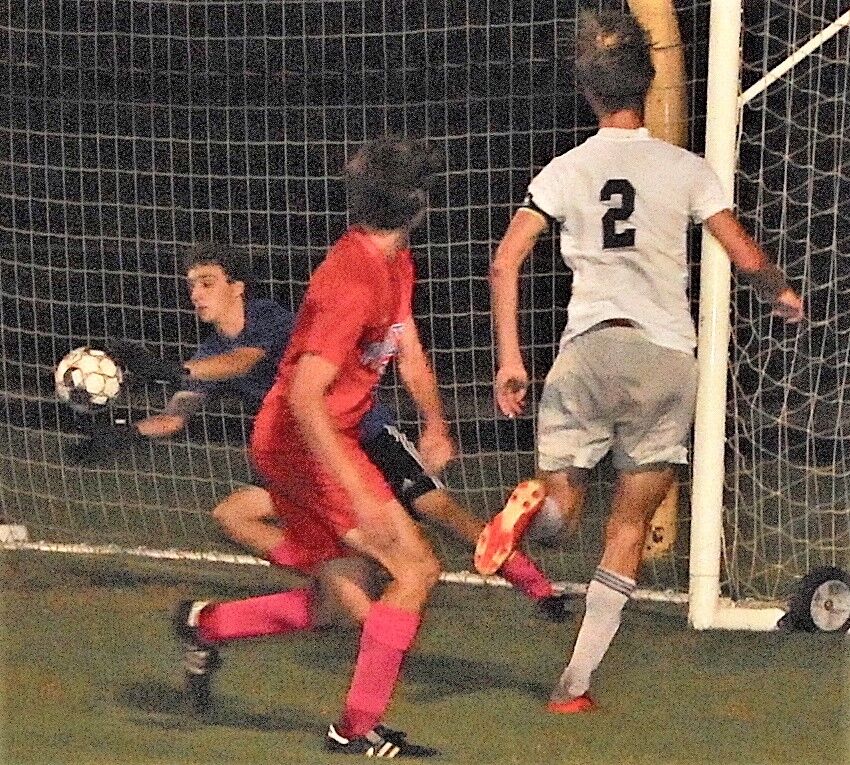 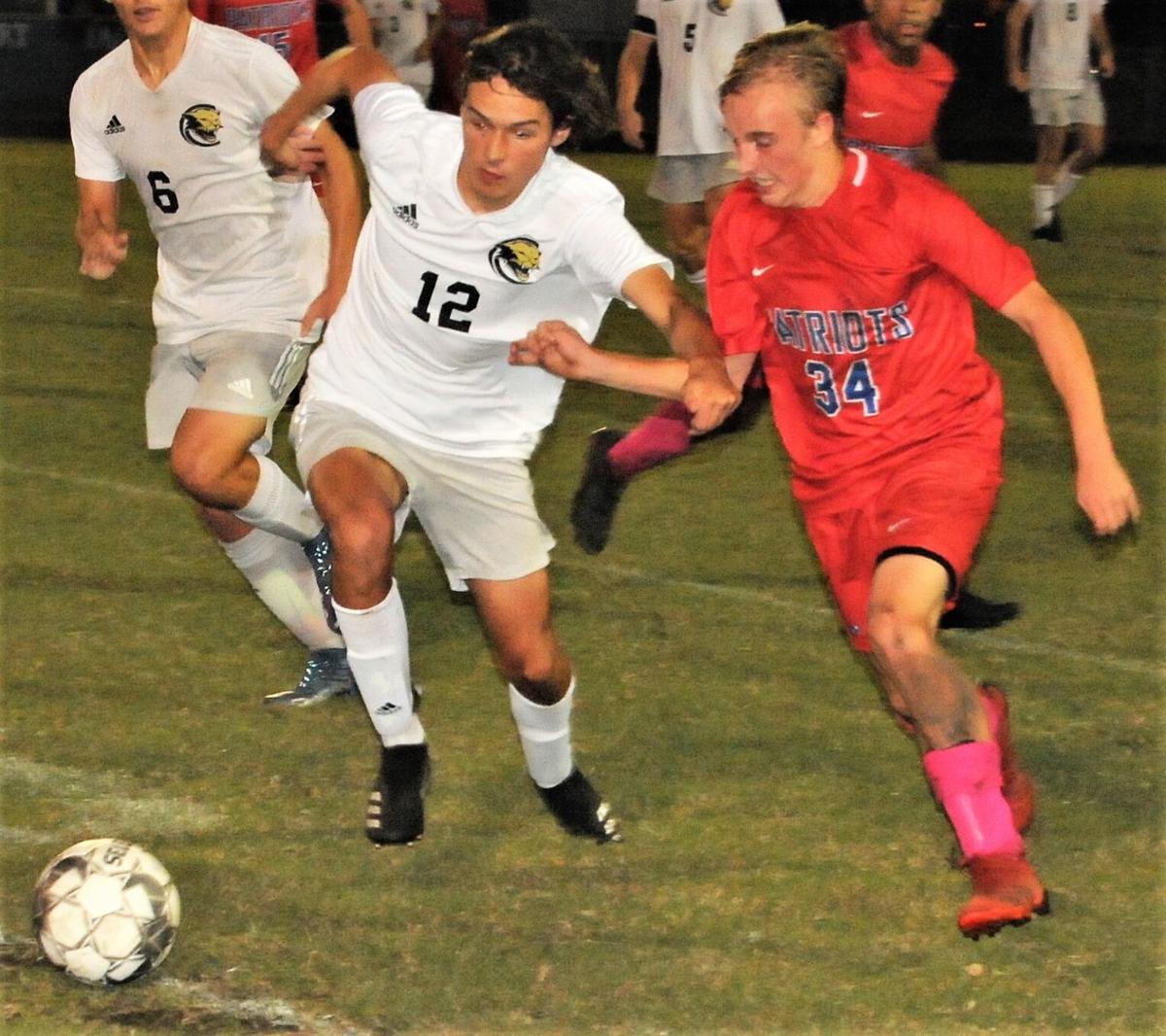 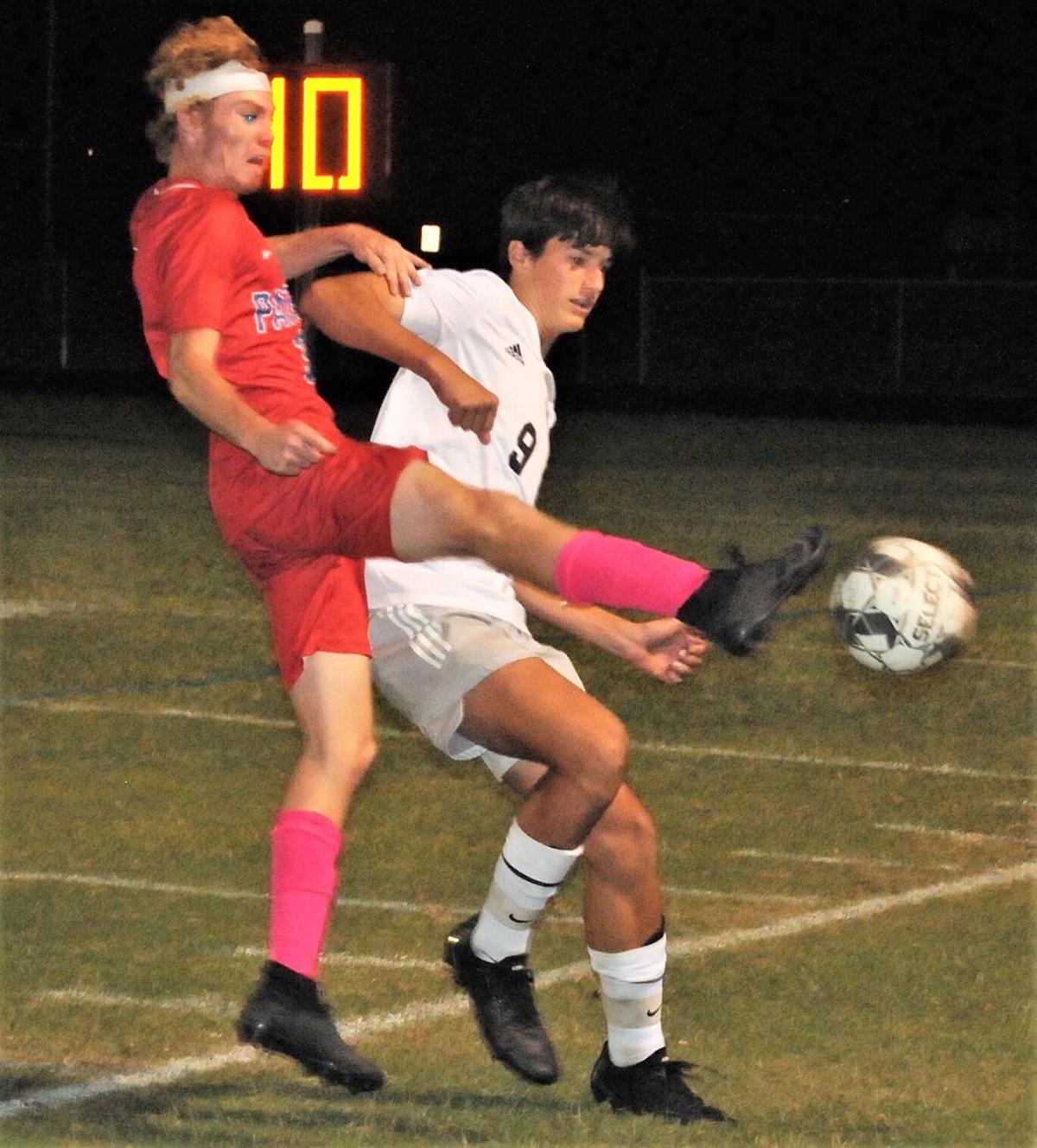 West Carteret’s Davis Adams tries to get around Croatan’s Paul Padgett in the 3A Coastal Conference match. (J.J. Smith photo) 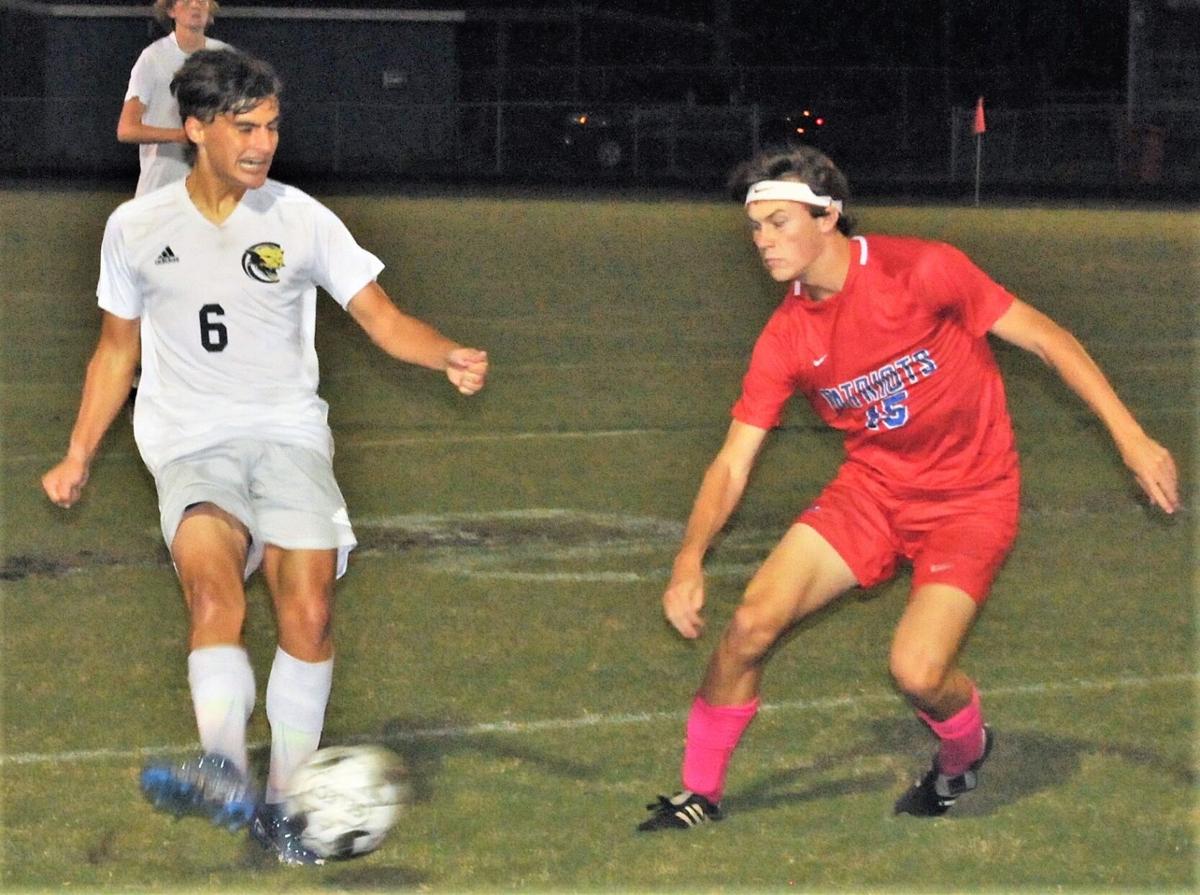 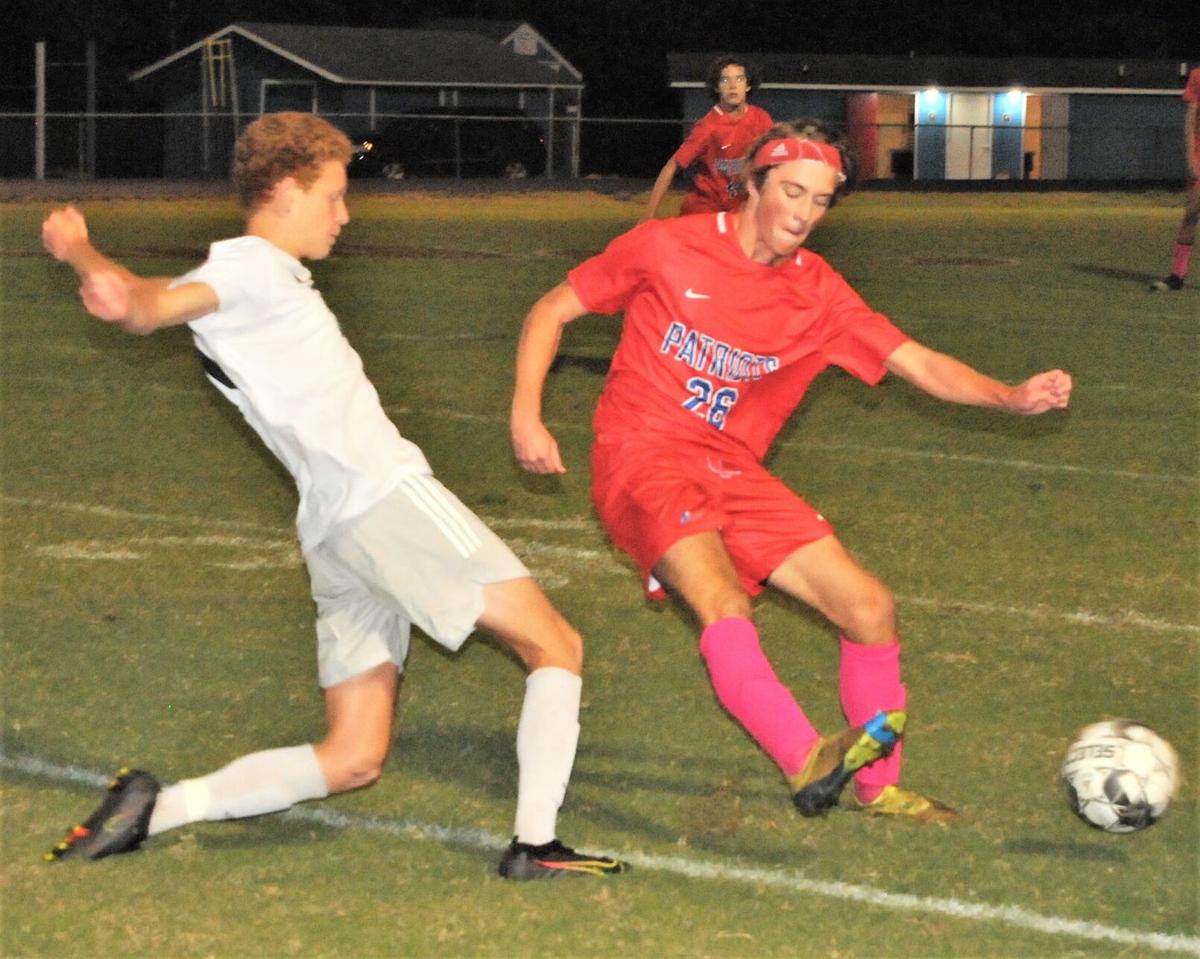 Eli Simonette heads up field to score Croatan’s second goal of the night in the 2-0 win over West Carteret. (J.J. Smith photo)

West Carteret’s Davis Adams tries to get around Croatan’s Paul Padgett in the 3A Coastal Conference match. (J.J. Smith photo)

MOREHEAD CITY — The much-anticipated soccer matchup between Croatan and West Carteret failed to live up to the hype.

The county rivals met in 3A Coastal Conference play Tuesday, and the Cougars controlled the action from start to finish in a 2-0 win.

“It’s a good result,” Croatan coach Paul Slater said. “We did a good job of keeping them in front of us and limited their shots.”

The Cougars moved to 10-2-1 overall and 5-0 in the league. Last year’s 2A state champion has has now won 18 straight conference matches going back to the end of the 2019 season.

The Patriots saw their three-game winning streak come to a close, falling to 8-4-1 overall and 3-2 in conference.

“They are by far the best team we’ve played so far,” West coach Noah Lewis said. “2-nil is not a bad result, but it could have been more than that with the shots they took.”

The visitors held a whopping 19-2 advantage in shots on goal and dominated possession, coming achingly close on a few other shots on frame.

Garrett Boucher put the ball in the net on a header off an Alex Amato assist in the 37th minute. Three minutes later, Eli Simonette showed some fancy footwork on his way to making it a 2-0 contest. Their side outshot the Patriots 13-1 in the first half.

“If we are creating, we have to do a better job of putting them away,” Slater said.

The Patriots, having one of their best seasons in recent memory, will look to get back on the winning track Thursday night at Richlands.

“We need to get a big win to bounce back and get our confidence back,” Lewis said. “We need to prove to ourselves we are better than this and show what we are capable of.”

Croatan, which toughed out a 1-0 win over Swansboro on Oct. 5, will match up with the Pirates again on Thursday in a road tilt. Swansboro (8-6) is a game back of the Cougars in the loss column at 3-1.

“We’ve got five matches left in the conference,” Slater said. “We have room to grow, and we’re dealing with some injuries, but we’re progressing. Overall, I’m happy with where we are.”

Here are results of the match: