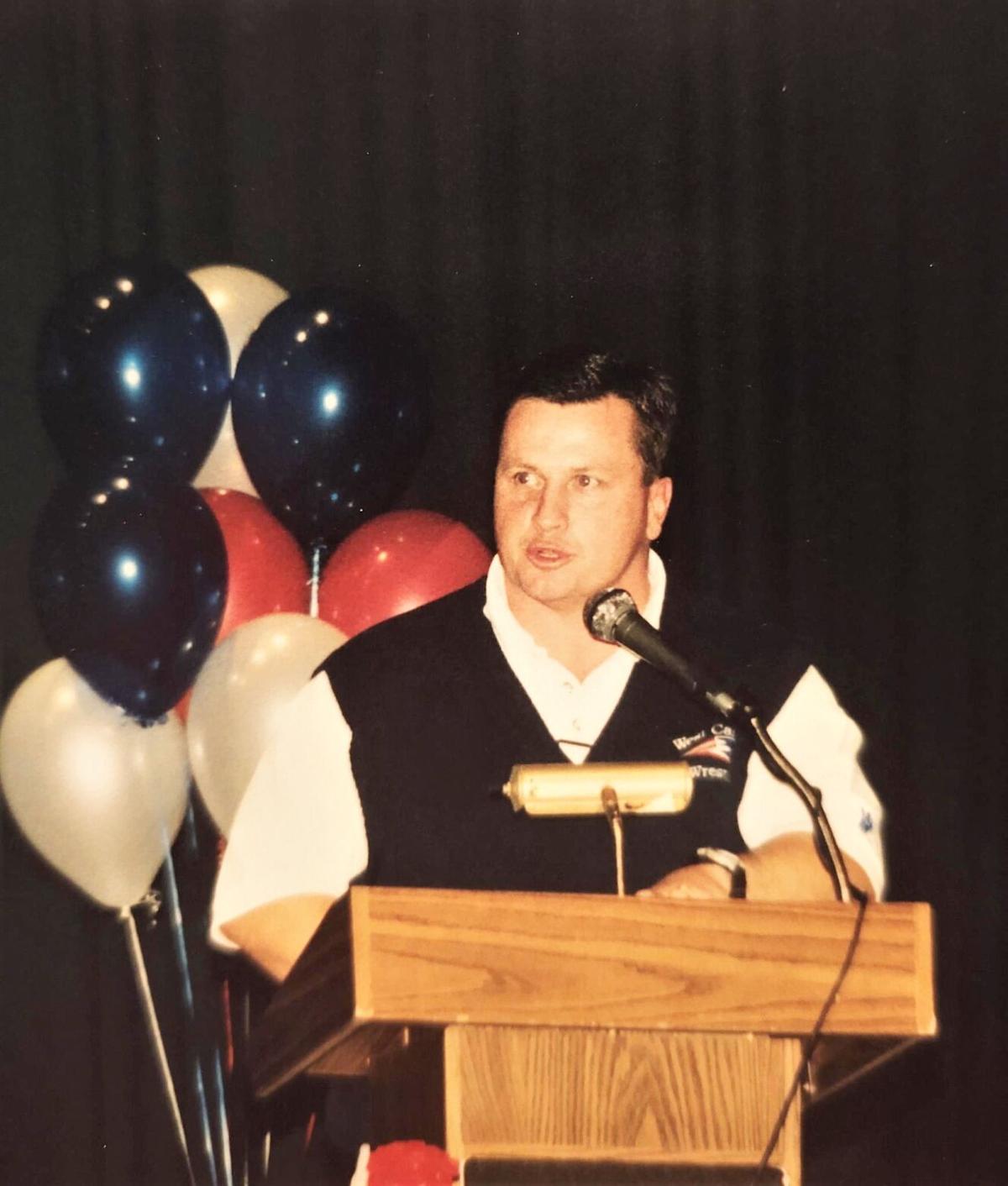 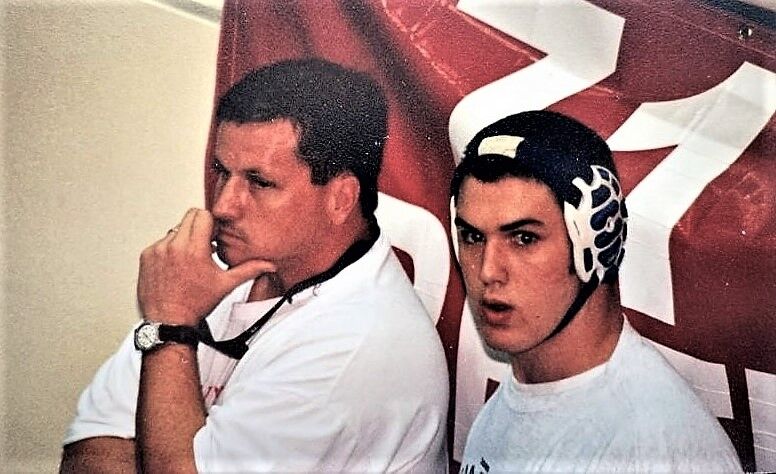 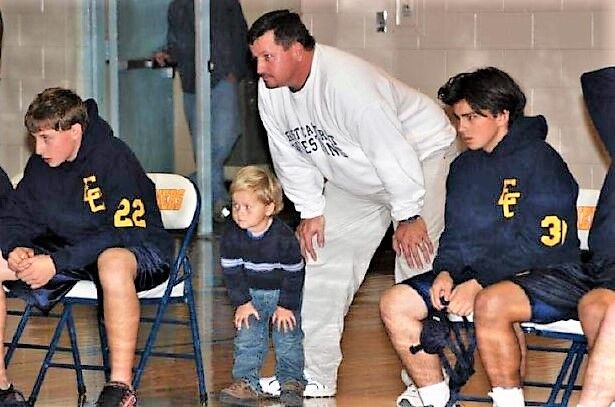 Jim Mason revived the East Carteret wrestling program in 2005 after it had been dormant for nearly 25 years. (Contributed photo)

Jim Mason revived the East Carteret wrestling program in 2005 after it had been dormant for nearly 25 years. (Contributed photo)

SWANSBORO — East Carteret and West Carteret has each lost a member of its coaching fraternity.

Jimmy “Jim” Mason died Thursday, Sept. 2, after a short and sudden illness. He was 58.

Mason, a 1981 East graduate, spent time in the early 2000s at both West and East as an assistant football coach and head wrestling coach.

He revived the wrestling program at East in 2005 after it was dormant for nearly 25 years.

“Jimmy was probably the perfect coach for a new program like that,” said Joey Eubanks, who served as Mason’s assistant for three seasons. “It was a ragtag bunch. Nobody knew what they were doing, but Jimmy was very realistic. He knew we weren’t going to be very good. He was patient. I wasn’t nearly as patient.”

Eubanks went way back with Mason as they grew up together in Beaufort with Eubanks living in Core Creek and Mason on Highway 101. Mason grew brawny in adulthood and struck an intimidating pose as he could flash a bit of a scowl, which Eubanks said was there from day one.

“I remember him getting on the school bus when he was in the second grade, and he looked like that every morning,” Eubanks said. “It was like if somebody said something to him, he would take a swing at them. Here’s this little boy with a Dutch boy haircut – his hair was bleach blond – and he had that look. He wasn’t like that, though. It was just his demeanor.”

Despite that tough exterior, Eubanks said Mason showed exemplary patience with a group of kids who hadn’t wrestled in middle school, nor had ever wrestled at all. The Mariners lost their first match 69-9 to Southwest Onslow, and Eubanks didn’t exhibit the same kind of patience.

“I thought we might have a shot against them, but they shellacked us,” Eubanks said. “Afterward, I remember being disgusted, and Jimmy spent more time consoling me than he did the team. I remember him telling me this is how it was going to be. He told me we had to keep expectations low.”

Eubanks was sure some kids would quit after the humbling loss, but Mason handled it with a light touch. He brushed it off and didn’t get down on the novice wrestlers. He told them they just needed to get back to work and keep making improvements. They all showed up to the next practice.

He used more creative tricks to make sure they showed up for future matches.

In high school wrestling, it’s common for teams to get on the bus at dawn on a Saturday morning and drive hundreds of miles to an all-day tournament. Some first-year wrestlers, and their first-year wrestling parents, assumed those might be optional.

“They just didn’t understand wrestling, and so Jimmy’s plan, which worked perfectly, was to round up the kids on Friday night and take them to his house to spend the night,” Eubanks said. “We did that on several occasions, and the kids loved it. It was a party. They were camping out, they were sleeping in the kitchen, in the living room, all on the floor.”

Mason even set up a tent in the backyard and wrestlers slept out there, except for the time the cold had them rushing inside for warmer accommodations.

“They just about froze to death, but they didn’t care,” Eubanks said with a laugh. “It worked. But that was Jimmy, he kept it fun. He was funny, fun-loving, and he loved those kids. And they loved him. He might not have always gotten along with parents or administrators, but the kids adored him.”

Tim Correll coached East for two years, and then Eubanks took over for three years. He said he took a lot of the lessons learned from Mason into his new role after being an assistant for five seasons.

“Jimmy was good at tactics and strategy,” he said. “I didn’t know anything about that. Jimmy had some smooth moves, bumping kids up and figuring out where to do forfeits, lining up double forfeits. He had that strategy stuff down.”

The two wrestled at East under Hall of Fame coach Tom Marsh when the program originally ran from 1973-1981. Mason was a freshman and Eubanks a senior.

Eubanks said they lost track of each other after high school before reuniting as coaches at East, and then didn’t talk much in more recent years after Mason moved to the middle of the state, but they did keep in touch via text. They reminisced about their high school days, as well as that wild, first year reviving the program.

“We laughed for years about that first year,” Eubanks said. “We kidded each other a lot. I told him he spent so much time on his back when he wrestled at East, they called him the ‘Beaufort Bridge,’ and he loved that. Whenever he would email me or text me, he would sign it ‘The Beaufort Bridge.’”

Mason also made a friend for life during his days at West.

Mike Turner became one of his closest friends as the two taught physical education and served as assistant football coaches under Greg Watford, who was the head coach from 2001-2003.

The two took a directive from then principal Gordy Patrick to utilize the resources of the county in their teaching.

“We figured the biggest resource was the beach, and so we took our PE classes to the beach once a week,” Turner said. “Mr. Patrick approved it, and we took the kids over. They fished off the pier, from the surf, played football and volleyball on the beach, some of them surfed. We sat in the restaurant on the pier, eating breakfast and watching them play. We were tight ever since.”

The duo spent time hunting, fishing, trying to out-eat each other, as well as enjoying their time together in the classroom and on the field.

Turner recalled West cross country coach Shelton Mayo joining them to pull a prank on then athletic director Craig McClanahan at a Christmas party, and remembered that same foursome playing golf in the rain, with Mayo and Turner losing their clubs in a pond after having them slip through their hands on tee shots.

Mason wasn’t one to sugarcoat things and could be blunt and straightforward, but Turner said it was those characteristics that made them close.

“He was a no-nonsense guy,” he said. “He was tough. You knew where you stood with Jimmy. That is why we were good friends, because I appreciated that. If you asked him a question, make sure you wanted to hear the answer, because he was going to tell you.”

Turner said he was on the receiving end of Mason’s straight talk express just once when Turner spent two years as the head football coach at West and Mason moved to East to assist Donnie Kiefer.

“We wore our red home uniforms to East to play the Mullet Bucket, because someone had washed our white jerseys with the red jerseys, and they were pink,” Turner said. “We were not going to wear pink uniforms. East didn’t appreciate us doing that. Jimmy told me after the game he thought it was ‘bush league.’ I think that was the only time we had cross words. But that was Jimmy, telling me exactly how he felt.”

Like Eubanks, Turner marveled at Mason’s coaching and his ability to the get the most out of kids with his hard-nosed approach.

“He was tough on kids, but for the right reasons,” Turner said. “He understood and would encourage them. He wanted the best out of them.”

Luis Herron benefited from that coaching style at West in 2000 and 2001. He took fourth in the state as a junior wrestler and then captured a state title as a senior.

“He definitely put me through the ringer,” Herron said with emotion in his voice. “He was a tough-love coach. I just remember, senior year, coach pushed me nonstop, year-round. We had a bit of a love-hate relationship back then.”

Mason, who not only wrestled but played football in high school, would often get on the mat as a coach, and according to Herron, would take the West high school wrestler to the limit.

“He gave me all I wanted,” he said. “He was a tough son of a gun. He taught me to work harder, and reminded me someone was always working harder.”

“Coach showed pure excitement when I won,” Herron said. “I think he knew. He always held his chest high when it came to his coaching. He was confident in his ability. He was smart, taught me how to read an opponent’s body, to anticipate their moves.”

Herron went on to play football at Western Carolina where he graduated in 2006.

The two reconnected in recent years as Herron returned after college and Mason retired in Swansboro and began work in real estate. Their sons played golf together.

Herron said hearing about the death of his former coach hit him hard.