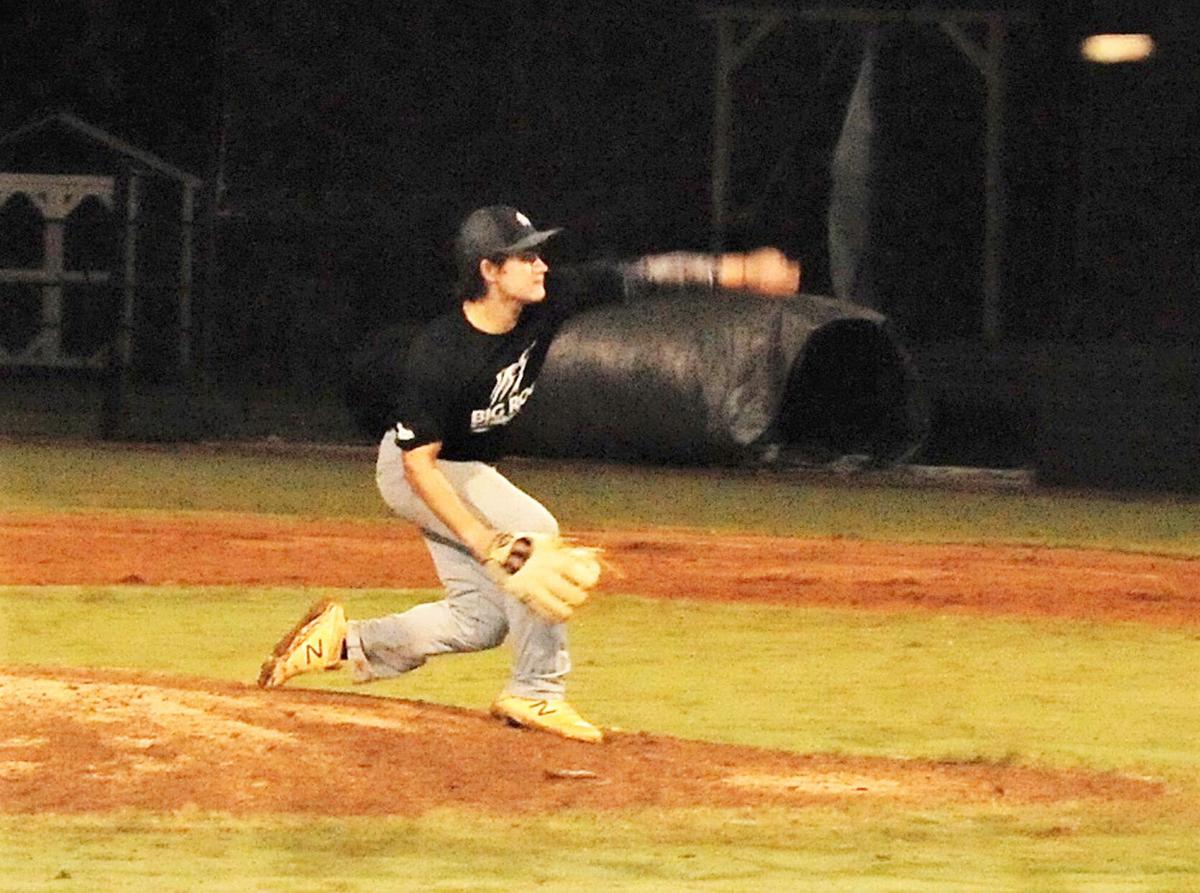 Jamie Register fires a pitch to the plate Monday night in the Black team’s 2-1 win over the Marlin Blue squad. Register struck out seven in three innings. (J.J. Smith photo) 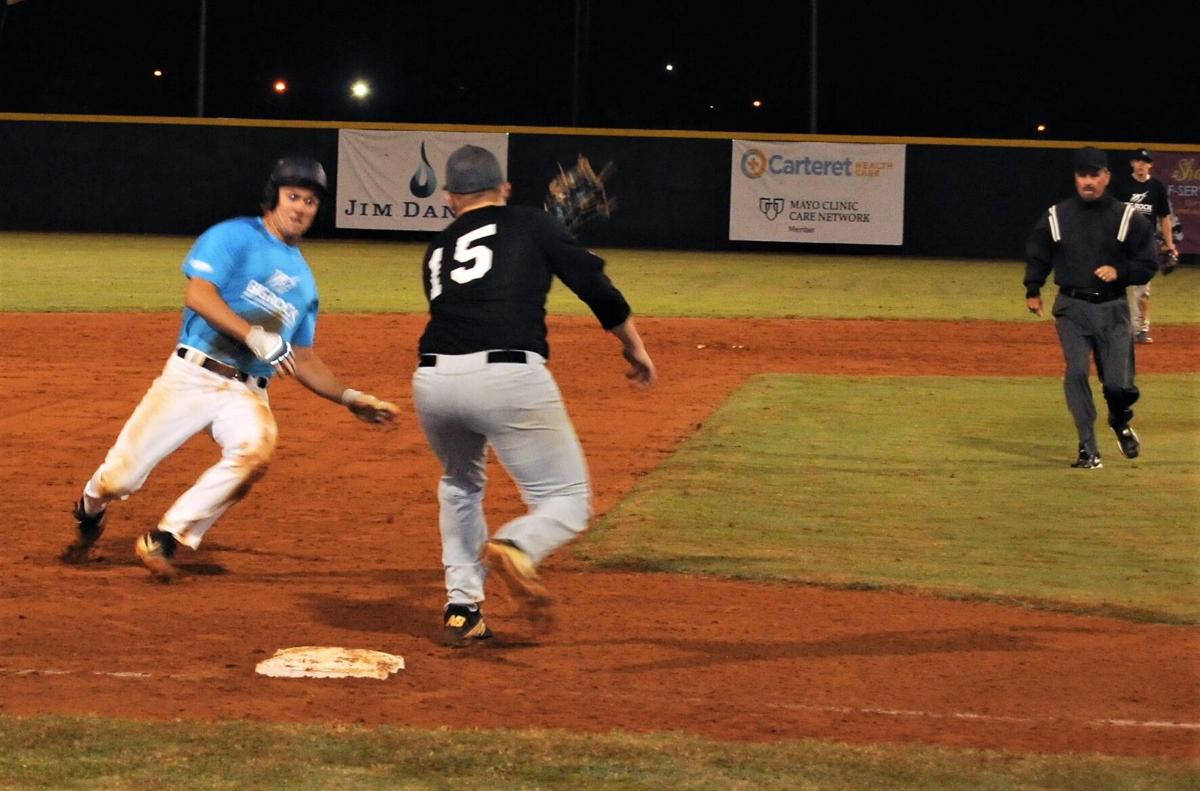 Jamie Register fires a pitch to the plate Monday night in the Black team’s 2-1 win over the Marlin Blue squad. Register struck out seven in three innings. (J.J. Smith photo)

The Black team improved to 2-0 on the Big Rock Fall Baseball League season while the Marlins fell to 1-1 in a well-played contest.

“It’s a good start,” Black team coach Jimmy Paylor said. “This is a pretty balanced league, a really competitive league. You can tell by tonight. We got us a good win versus a good baseball team.”

Braylon Cushinberry, who went 2-for-2 at the dish, broke a 1-1 tie in the bottom of the fifth by driving home Austin Dennis. The game ended after six innings due to the two-hour game rule.

The Marlin Blue scored their lone run in the fourth when Tyler DeLuzio scored on a bad throw after stealing third. His team had runners on second and third with two outs in five of the six innings but failed to plate a runner in any of those frames.

“We had first and second with nobody out in that last inning and fell a little short,” Marlin Blue coach Buddy Bengel said. “It’s just the way the game goes. We just need to get the bat off our shoulder, get more aggressive. Getting these opportunities in these tight games will help these kids.”

The Marlin Blue captured their first contest of the season, 4-3 over the Red squad.

Liam McFayden earned the win for the Black team over Marlin Blue, striking out five, walking three and giving up two hits in two scoreless innings.

Jamie Register received the start, striking out seven in three innings and giving up one run on two hits while walking four. Ryan Bellamy closed it out, striking out two in an inning.

“Our pitching staff did a good job,” Paylor said. “Jamie hadn’t pitched since March, and he did a good job throwing strikes. Liam, he’s just a freshman, and he threw it great. He just got in a little bit of trouble there at the end. And Ryan, our senior lefty, he shut them down in that last inning.”

JonFoster Nelson supplied the Marlin Blue with a strong outing, giving up two runs on seven hits in 5 1/3 innings while striking out four and walking none.

“JonFoster gave us a great start on the mound,” Bengel said. “He was around the plate, throwing strikes. Good things happen when you do that.”

Mason Rose struck out four in 1 2/3 innings to close the game for the Marlin Blue.

Connor McLeod, Thomas Wallace and Rose each posted a hit for the Marlin Blue while DeLuzio had two.

Austin Odom, Owen Bellamy and Ryan Bellamy had a hit a piece for the Black team.