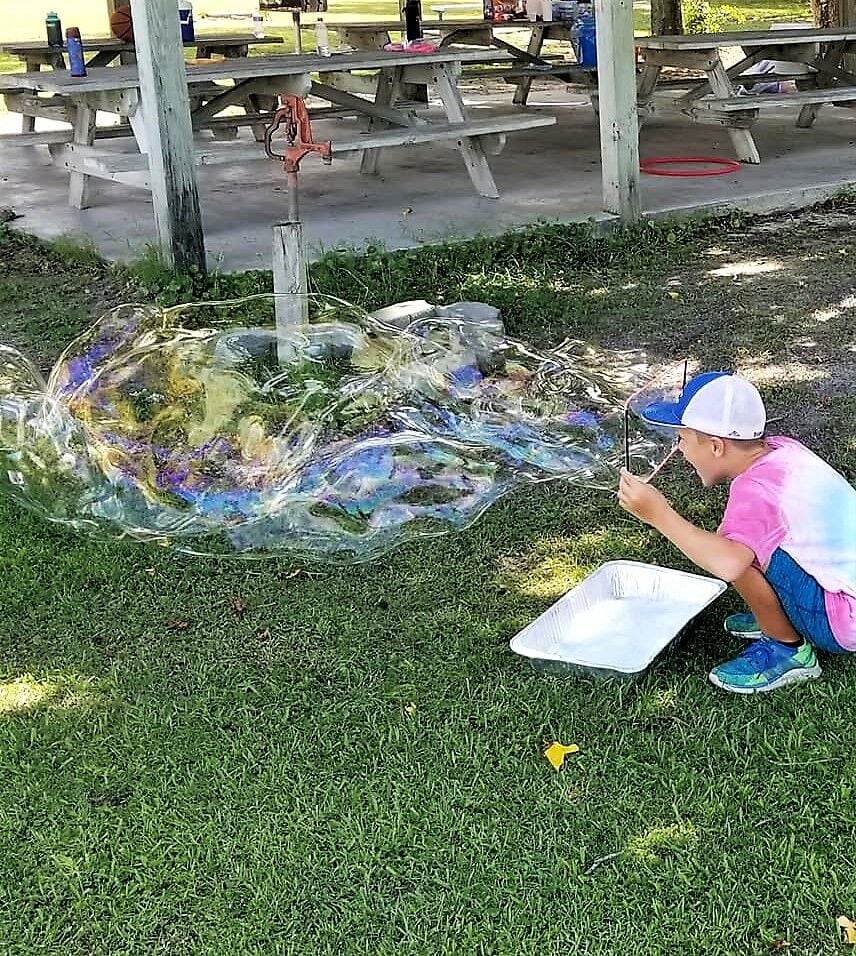 The Carteret County Parks and Recreation Department’s “Camp Park & Play” allows kids to play together and work on crafts and activities. (Contributed photo) 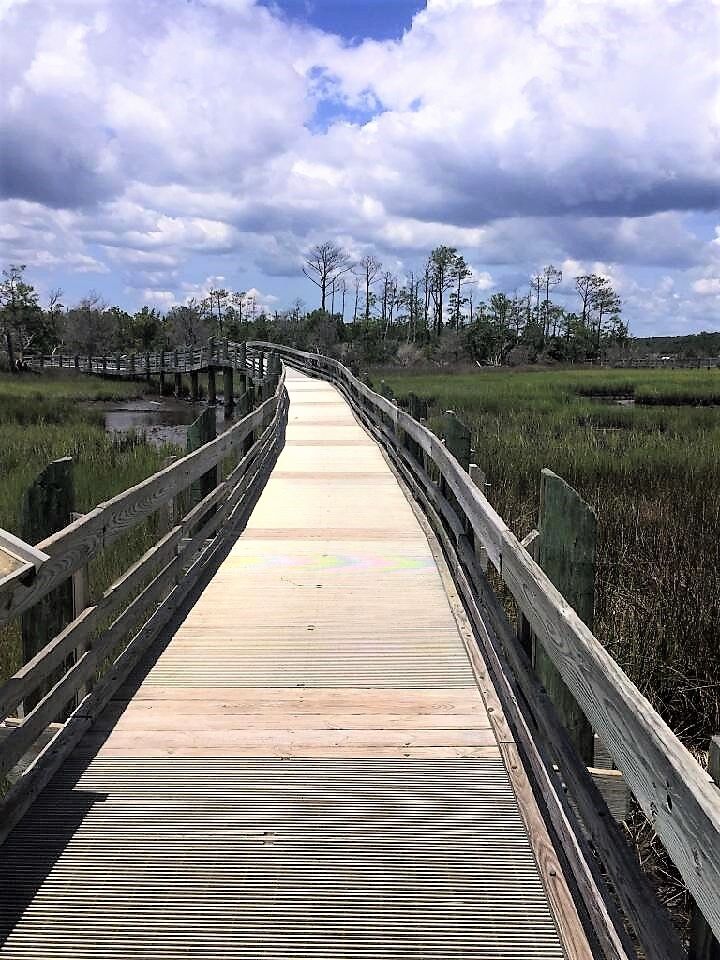 A bridge over the marsh at the Cedar Point Campground Trail bakes under the July sun, offering a slice of nature to hikers, walkers and runners. (Contributed photo) 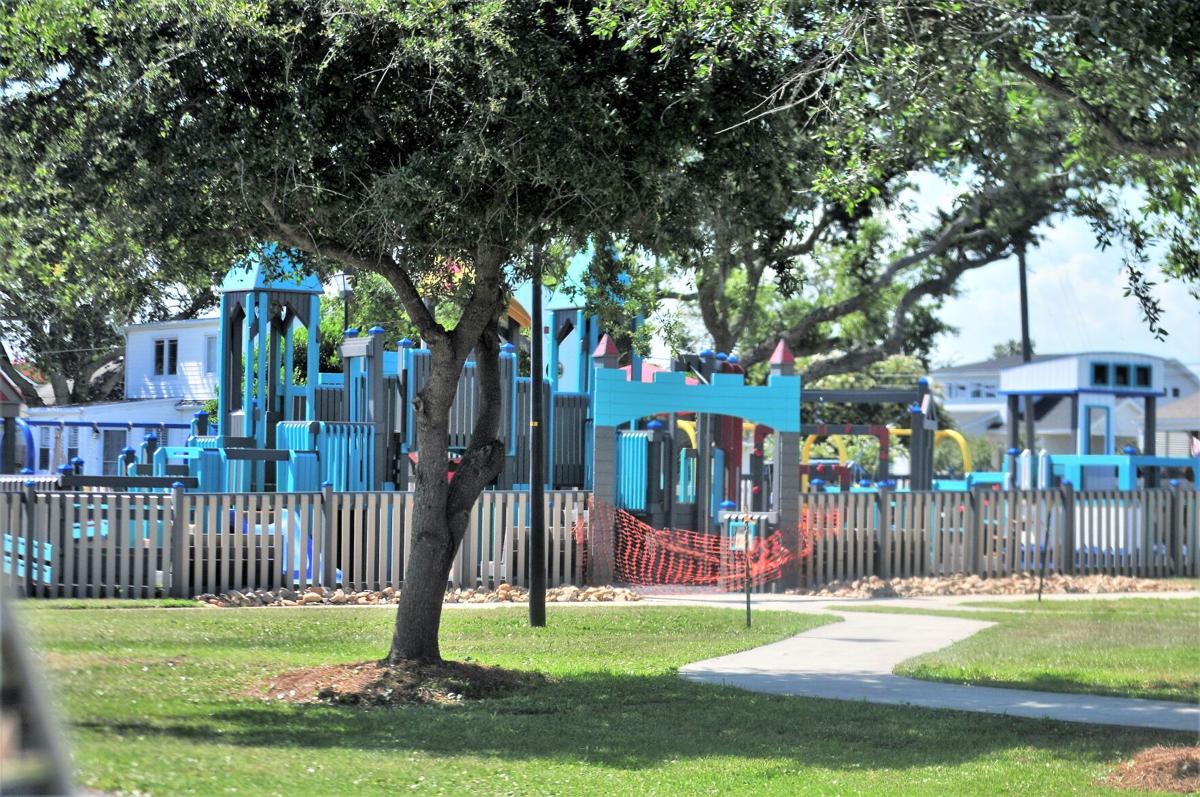 The Carteret County Parks and Recreation Department’s “Camp Park & Play” allows kids to play together and work on crafts and activities. (Contributed photo)

A bridge over the marsh at the Cedar Point Campground Trail bakes under the July sun, offering a slice of nature to hikers, walkers and runners. (Contributed photo)

BEAUFORT — It’s National Parks and Recreation Month, and the county’s department is remaining active despite limitations from COVID-19.

July is a time to acknowledge the significance of a thriving parks and recreation department. Between offering “park & play” sessions, a tennis camp, adult beach volleyball, yoga classes and its annual Beach Run Series, the department is looking to engage its community in every way possible this summer while still adhering to state-mandated guidelines.

“We’re planners by nature,” Carteret County Parks and Recreation Department Manager Jessica Forsberg said, “so we’ve been planning and holding and planning, but we have been able to get some programs up and going for the summer. Hopefully we’ll be able to start implementing more stuff soon, but for now, we’re just taking it announcement by announcement.”

The county’s indoor facilities – Fort Benjamin Recreation Center in Newport and Western Park Community Center in Cedar Point – remain closed, as do its playgrounds. However, all county-maintained beach access points, fields, picnic shelters and restrooms are open to the public, with a maximum of 25 occupants set per location.

In lieu of its typical summer camp, the department has created “Camp Park & Play,” in which kids ranging from rising first to sixth grade are welcome to come enjoy a variety of organized, outdoor activities from 9:30 a.m. to 12:30 p.m. Parks and Recreation staff will be onsite to supervise, with activities ranging from physical fitness and nature to sports and crafts. The department’s typical summer camp has a cost for participants, but “Camp Park & Play” does not.

“We made it free so everyone had access to it,” Forsberg said. “We’ve also tried to spread it out and give every corner of the county an opportunity to take part.”

The camps take place across the county, with each day assigned to a different park. Monday sessions are at Fort Benjamin Park, Tuesday at Eastern Park in Smyrna, Wednesday at Western Park, Thursday at Freedom Park in Beaufort and Friday is Swinson Park in Morehead City.

Online pre-registration is required for the sessions – the signup window opens one week before the start of the following week’s sessions. There are only 22 spaces for participants due to gathering requirements, and open spaces have been running out fast. So far, there have been 160 participants in the program.

“We certainly haven’t had a lack of participation,” Forsberg said. “I think the demand is higher, because there’s not much else available right now. For example, during the summer, you would normally have soccer camps and other summer camps. When we made the park & play program, we weren’t sure how people would react or whether or not people would sign up. As it turns out, we’ve got waiting lists for some of these sessions. During a normal summer, I wouldn’t expect that.”

Deciding what activities should be scheduled has been a difficult task in a culture where touching and close contact is no longer permitted.

“We’ve sat for a lot of webinars from across the nation, and in North Carolina, trying to see what others are doing and what’s working and what’s not,” Forsberg said. “It’s a challenge, trying to get them to be active without asking them to do something that would be against what everyone else in the state is doing.

“We only had a couple of weeks to plan park & play after we realized we wouldn’t be able to do our normal summer camp. Our programmers have gone along with everything and done really well.”

Camp Park & Play began June 15, the same date the department began offering adult beach volleyball on Mondays and Wednesdays. Chair Yoga, Fit for You Yoga, Senior Yoga and Yoga for All are available throughout the week, while Beach Run races are scheduled through Aug. 20.

Tennis lessons will be starting later this month, as well. The “Backhanders” camp will run Monday through , July 27-31, serving kids ages 7-11 from 9-10 a.m.. The “Forehanders” camp will run the same week at the same location from 10:30-11:30 a.m. The cost for both camps is $30, and sessions are held at the Western Park Tennis Courts. Camps are limited to six participants who must bring their own racquet.

More information about all of the programs can be found at the department’s website, ccpr.recdesk.com.

The department is meeting as many needs as it can, with hopes of providing a respite from the daily grind of quarantine and social distancing.

“It’s going back to basics a little,” Forsberg said. “Those fields are something everyone has access to. A lot of people can’t afford gym memberships or pay a league to participate, compete on a travel team, etc. Families are spending more time together and being more involved right now, and the parks are places where they can get outside together and change their environment for a little while. They’re offering those basic needs of sunshine and a place to play.”

There will potentially be more opportunities for the department to meet the needs of its county’s children, particularly if the State Board of Education opts for a part-virtual, part in-house school year.

“We’re already been talking about that and seeing how we can provide during that time, such as if there’s a down day for students. We usually do camps during holidays and long weekends, so it’s something we can expand. A lot of parents are at work during the school week, and kids want to play and be around other kids.”