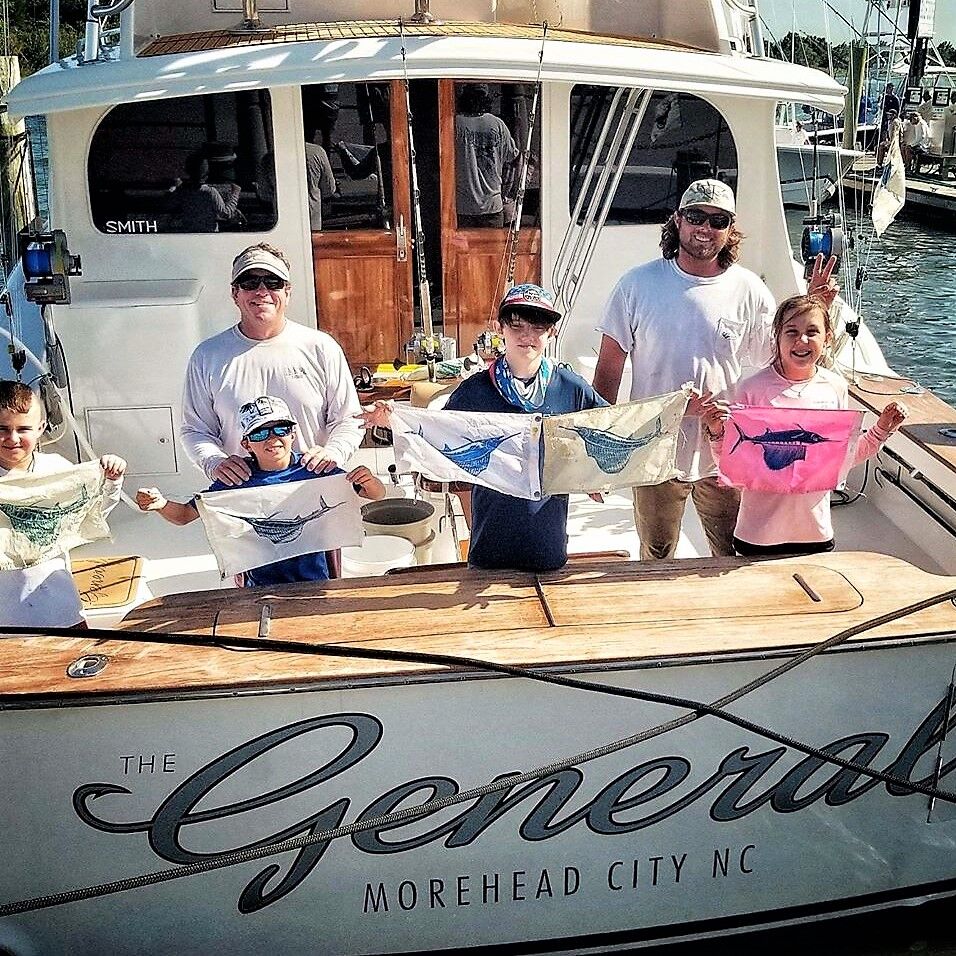 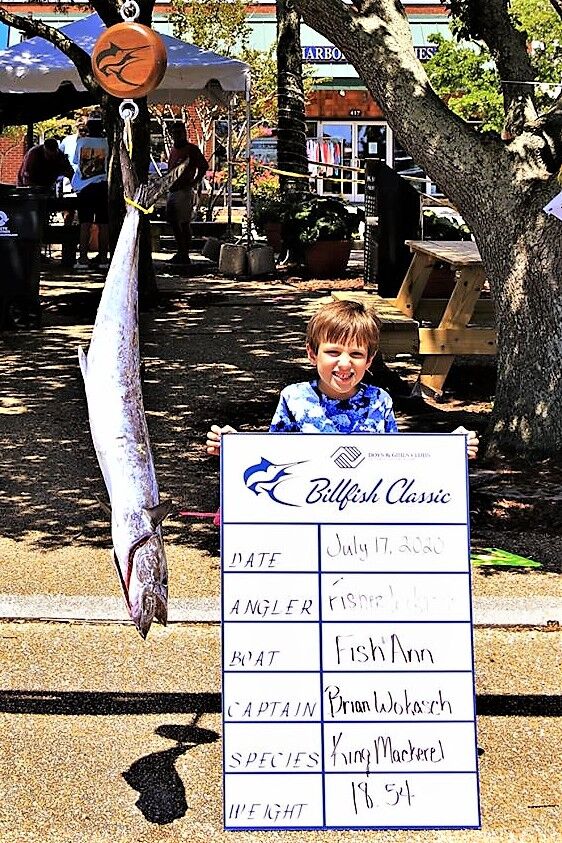 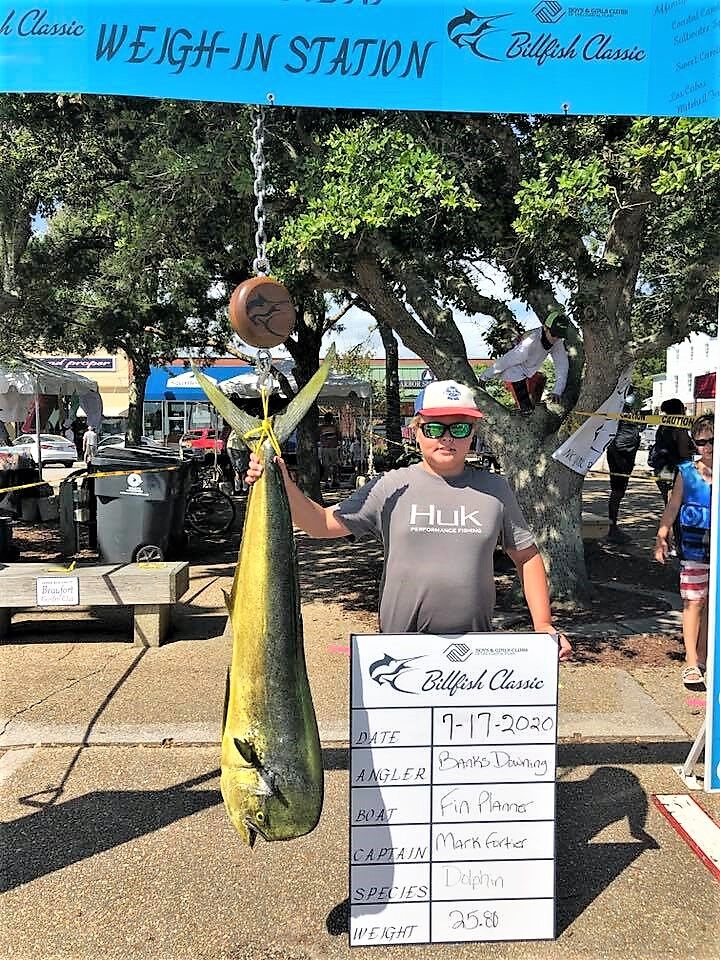 Banks Downing of Fin Planner helped the boat win a big payday of $25,000 in the dolphin shootout with a 25.8-pound catch. (Contributed photo)

Banks Downing of Fin Planner helped the boat win a big payday of $25,000 in the dolphin shootout with a 25.8-pound catch. (Contributed photo)

BEAUFORT — It seems only appropriate The General earned the victory in the Boys & Girls Clubs of the Coastal Plain Billfish Classic.

The Morehead City boat captured the spirit of the tournament with a young quartet of junior anglers, including Will Hanley (13 years old), Rory Hanley (7), Gray Fickling (11) and Thomas Fickling (8).

“I’ve been doing this for 20 years,” Capt. Wade Fickling said. “It’s what I’ve poured my life’s work into, and to have my kids on the boat, it was beyond description. Watching my kids catch their first billfish, I had a tear rolling down my cheek.”

Fickling credited Matt Handley for inviting his children on the boat. The executive vice president of MJW Construction charted the boat for the event.

“This is what I do for a living, so I can’t take days off to enter the tournament with my kids,” Fickling said. “For the charter to invite my kids on the boat, that was great.”

Matt Handley proved to be one of the heroes of the Billfish Classic as MJW Construction stepped up at the last minute as the major sponsor. A day later, The General released five billfish to take the lead for good with 2,000 points.

“Things work out well when you do things for the right reason,” Fickling said. “We were very fortunate.”

Will Handley also took the top spot as the top junior angler with two billfish releases.

Job Site took second in the overall division with 1,600 points. followed by Blue Water with 1,200.

Junior angler Banks Downing helped Fin Planner win a big payday with a 25.8-pound dolphin to bring home $25,000 with a win in the dolphin shootout.

The event included 42 boats, which was a big upgrade from last year’s 31 boats. Weather impacted the 2019 turnout, but the coronavirus pandemic was expected to greatly hinder this year’s tournament.

“My goal was just to match last year’s 31,” tournament director Donna Hardy said. “I would’ve been thrilled with that. If you told me we were going to have 42, I would’ve said that would be a dream.”

The Governor’s Cup tournament that has been riddled with weather issues finally earned a good forecast, leading to the increased turnout.

“From what I understand from members of the board, this is the best weather we’ve had in five to six years,” Hardy said. “It was hot, hot, hot, but we couldn’t have asked for much better fishing weather.”

Instead of its usual big tent on the Beaufort town docks, the Billfish Classic followed COVID-19 guidelines and put up smaller tents to ensure smaller crowds and social distancing. The tournament was unable to have either its popular family fun night or its silent auction.

“We missed both of those,” Hardy said. “The big tent is a lot of work, but it is worth it.”

The lack of a silent auction will hurt the donation total to the Boys & Girls Clubs of the Coastal Plain, however, an increased turnout, lower expenses and a boost in T-shirt sales should help.

“Overall, I was really tickled with it,” Hardy said. “I couldn’t have asked for better. We have a great community that supported us again. We are very blessed to live in this county. It is a very, very giving county.”