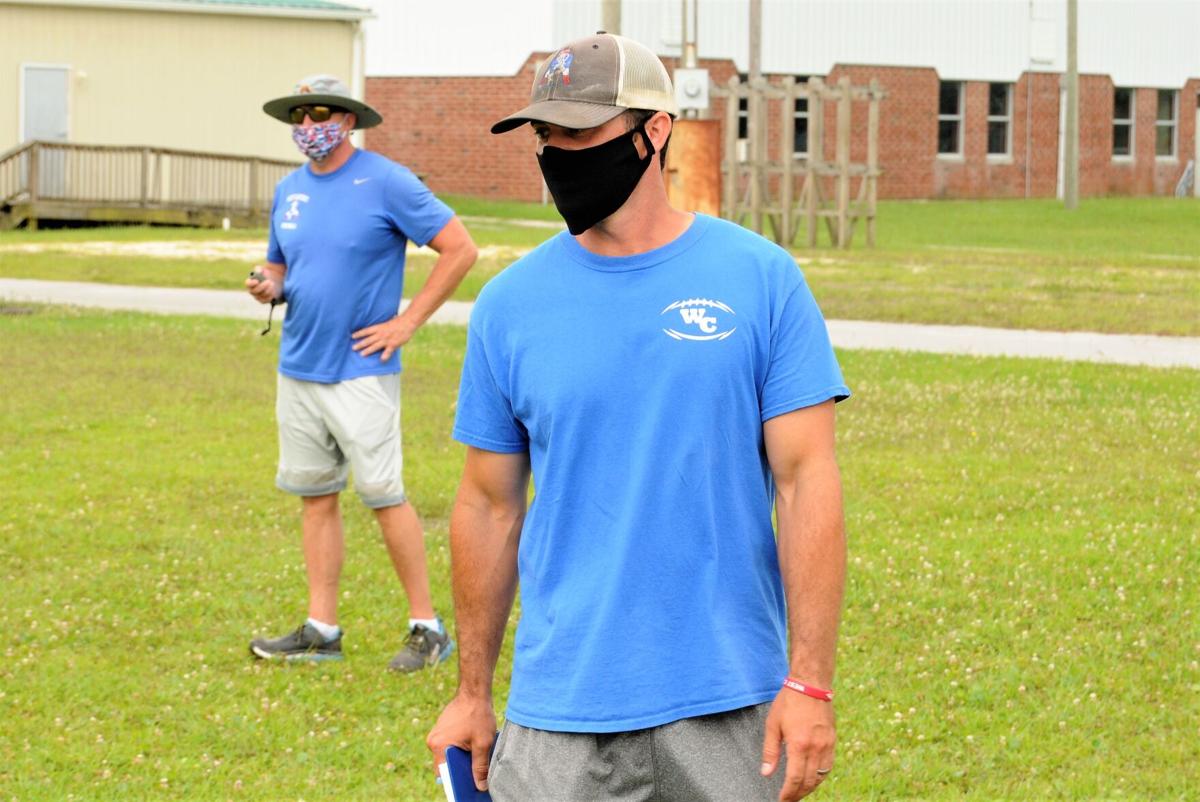 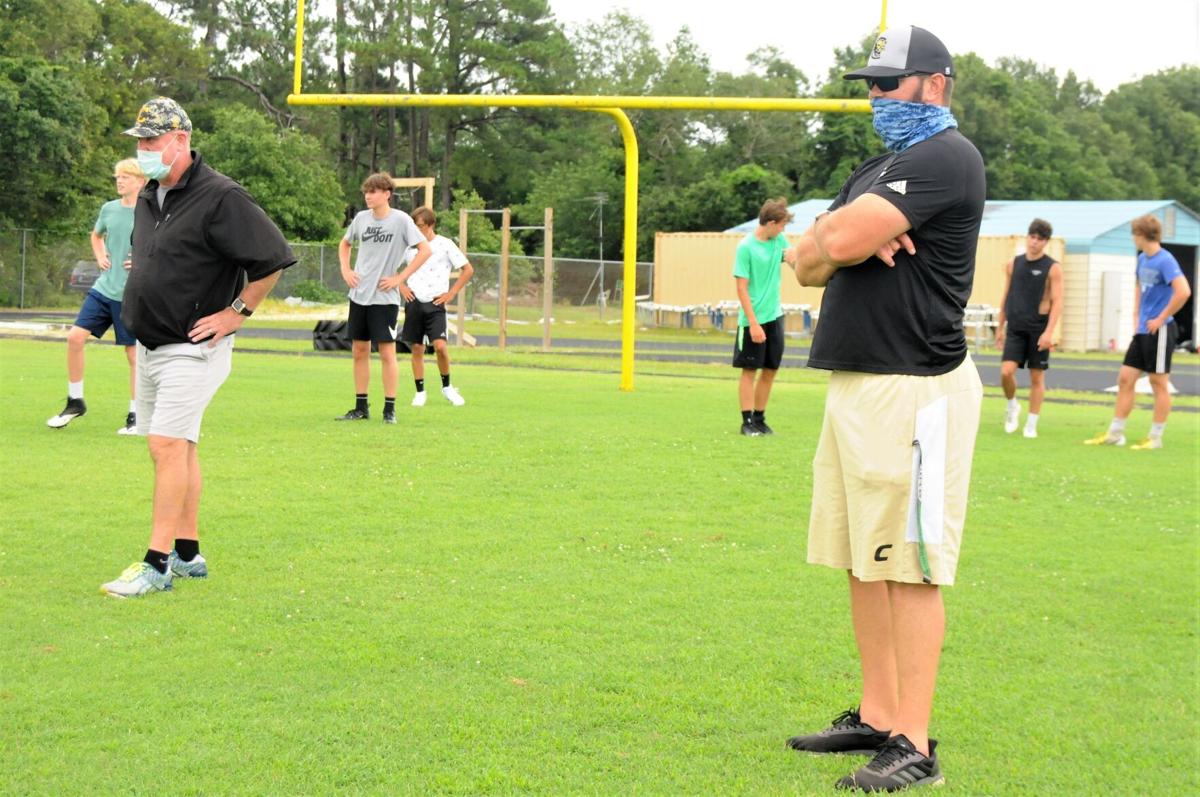 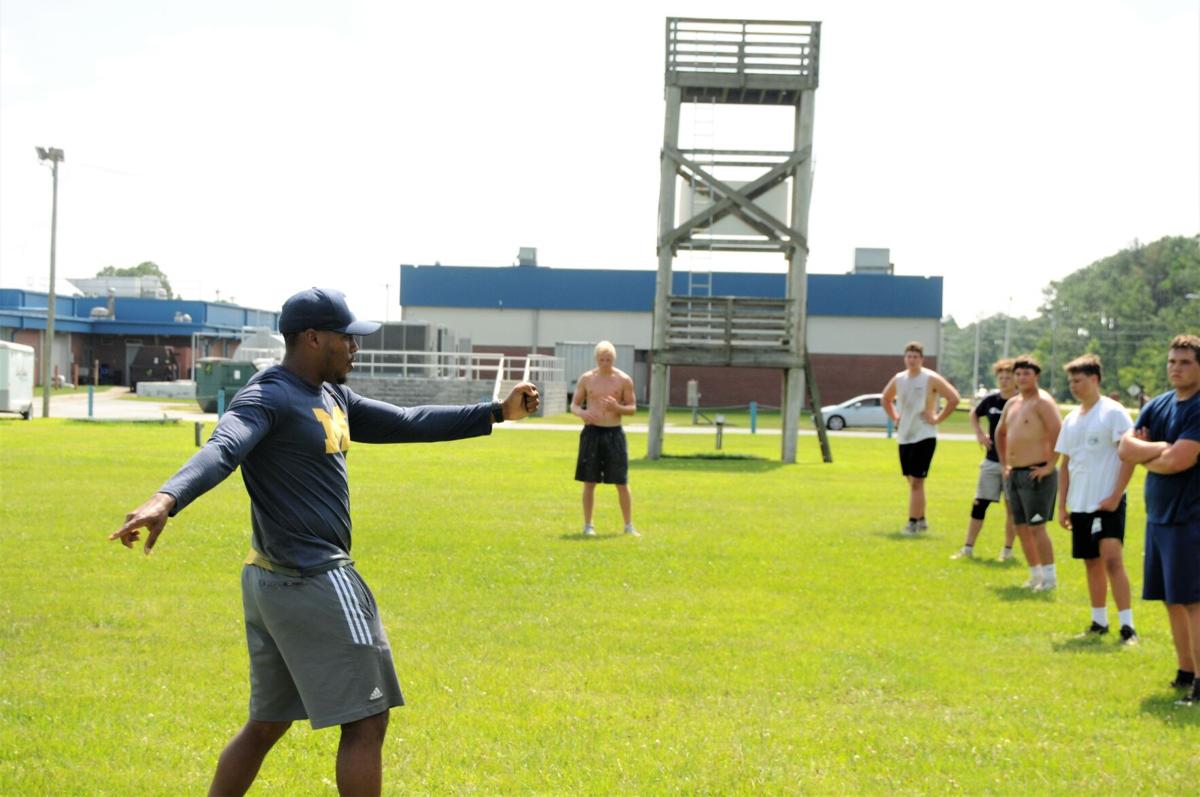 MOREHEAD CITY — County athletic directors were in a good news/bad news situation Wednesday after receiving an announcement from the N.C. High School Athletic Association regarding the fall season amid the coronavirus pandemic.

The organization released an official start date of Sept. 1 for fall sports – the original start date is historically Aug. 1. However, state athletic programs will remain in the association’s phase one, which started when workouts resumed on June 15.

“I think it’s good news,” West Carteret AD Michael Turner said. “The first half of it was good news. They didn’t cancel anything. The second half of it wasn’t so great. But we’re moving forward, so we’ll take it.”

The start date provided a ray of light in an uncertain summer. The failure to move to phase two supplied some frustration.

In phase one, coaches will continue to enforce strict no-contact summer workout guidelines. Protocols include temperature checks, social distancing, working out in the same groups and no sharing of water bottles or equipment.

Weight rooms will remain closed while student-athletes can participate in conditioning and individual skill drills. No contact is allowed among players, which includes using a shared football, basketball, soccer ball or volleyball.

The phase one guidelines also prohibit more than 25 people, including players, athletes and athletic trainers, to be together outside at one time and only 10 people at a time for inside sports. Training can last no more than 90 minutes per group.

“This phase one stuff, I don’t know,” Croatan AD Dave Boal said. “If we can get into August and we can get into phase two and use a ball, we can get somewhere. If not, we’re going to have some coaches who are going to need to get very imaginative to keep the kids interested.”

Each of the county’s three high school athletic directors, who double as coaches, raved about the attendance and enthusiasm of student-athletes, and the creativity of coaches leading drills centered mostly on conditioning.

“I feel like we’re in the same position we’ve been in,” he said. “We’re still in phase one, which we’ve been in since June, so we haven’t gained anything. It’s the same thing.”

The association’s announcement came a day after Gov. Roy Cooper announced the fall school schedule under plan B, which is a mix of virtual and in-person learning. Plan B will look different from district to district, and Cooper gave school districts the ability to move to plan C, which is all-virtual learning if it’s needed.

“With school starting on Aug. 17, that gives us two weeks to get on that schedule and see who comes to school on what day,” Griffee said. “Then we can get focused on sports.”

“What does our season look like if we start in mid-September,” Boal said. “We need to play Swansboro, we need to play West Carteret (in nonconference football). Conference only isn’t great. And can we sell concessions? What kind of crowds can we have? But we are happy to have a start date.”

Coaches are still left to wonder what the season will look like. What happens when a student-athlete tests positive? Of the three county athletic programs working out since June 15, only one has received a positive coronavirus test: a Croatan student-athlete tested positive earlier in the summer and followed quarantine protocols.

“We’ve only had that one in the county,” Turner said. “If you look at the data and see we’ve had all these athletes returning to action in all these different sports and we haven’t seen positive cases, then that data shows we should give it a shot. We can always shut it back down.”