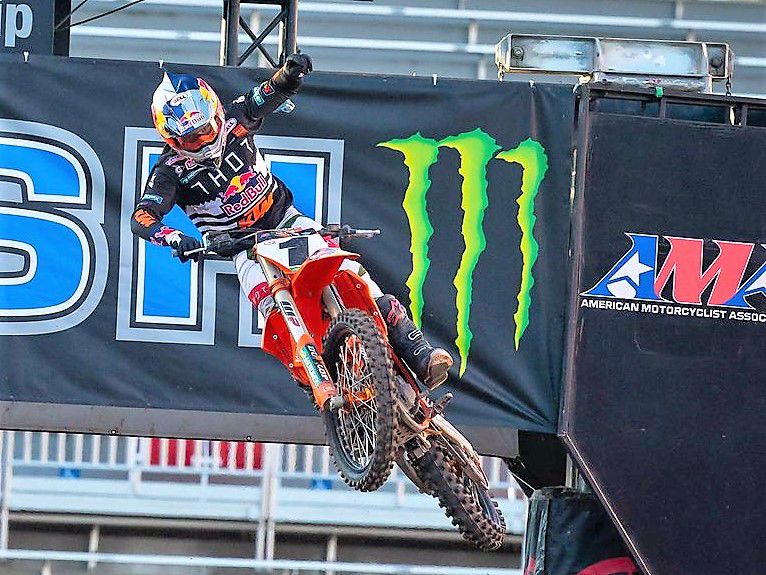 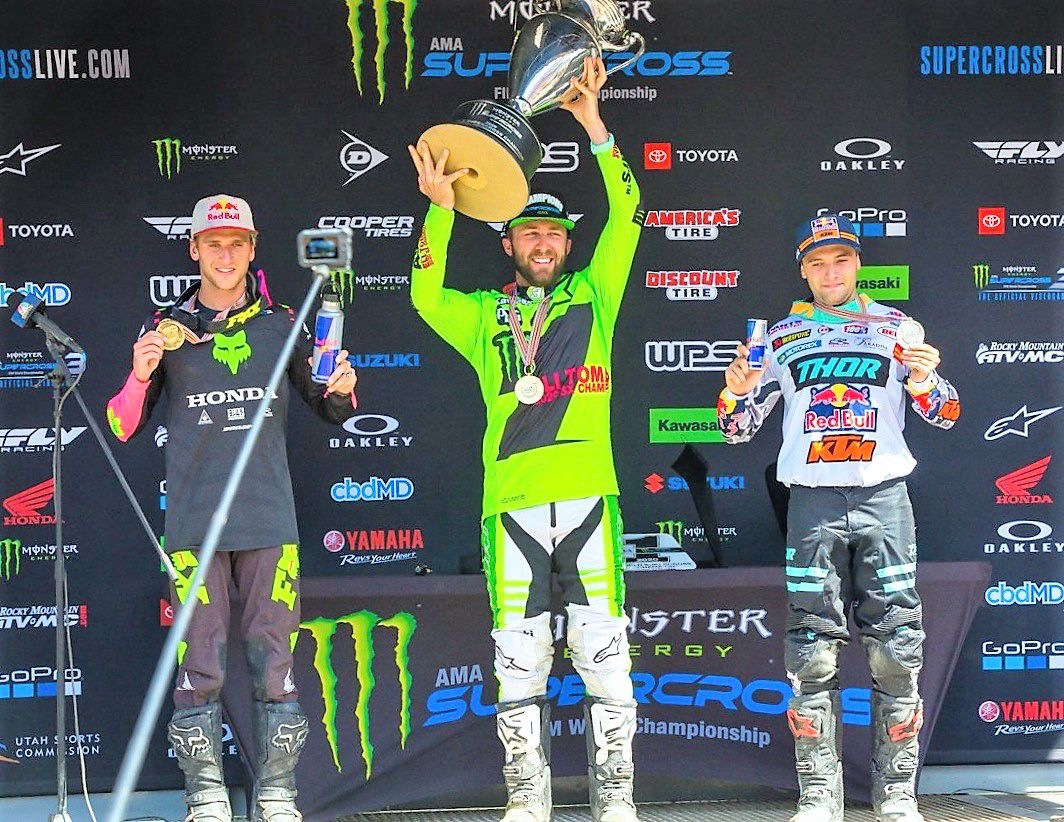 The Morehead City native earned more podium finishes (13) than any rider in the series, including eight straight, but fell 25 points shy of Eli Tomac for the top spot.

Webb needed a motorbike miracle to capture the title Sunday in the finale but didn’t receive it, finishing eighth at Rice-Eccles Stadium in Salt Lake City, Utah.

“It was a rough main event,” Webb said after the race. “I kind of struggled with the track a little bit and I didn’t ride my best race, but I came back to eighth, so I was able to secure second in points. I obviously wanted to keep the podium streak going, but it is what it is. Overall, it was a great season and we’ll get ready for outdoors.”

Tomac’s seven-year career had followed an “always a bridesmaid, never a bride” path as the Monster Energy Kawasaki rider had finished as the runner-up in four of the previous five seasons, as well as posting a third-place finish. At 27, he becomes the oldest rider to win his first 450SX championship.

Webb, who took 13th and ninth in his first two 450SX campaigns, outlasted Tomac by 18 points last season to win the title.

“Just unbelievable circumstances,” said Tomac who ended the year with a season-high seven victories. “I just always think back to the whole of this lifetime worth of riding and just going through everything. The failures with the team, coming here, with the whole COVID going on right now. So pretty unbelievable. There was a time we didn’t even know if we were even going to ride or not between Daytona and this swing of the series. And it’s finally here and unbelievable.”

Tomac, who put up 12 podium finishes, had to fight off a relentless charge from Webb over the past seven races at Rice-Eccles Stadium. Each race was held in Salt Lake City with tight restrictions over the past three weeks with three races on a Wednesday and four on a Sunday. The series previously underwent an 85-day break due to the coronavirus pandemic.

Webb outscored Tomac during the seven-race stretch (162-158), thanks to three Wednesday wins to go with three runner-up finishes during Sunday events, but it wasn’t enough to overcome a 29-point deficit he started with following the race at Daytona, Fla. on March 7.

Two races proved the biggest difference in the 2020 season with Tomac scoring a combined 45 points at St. Louis, Mo. and Arlington, Texas and Webb putting up a combined 22 points in those events.

At St. Louis on Jan. 11, Tomac took fourth while Webb fought off a chest infection to place 12th. At Arlington on Feb. 22, Tomac captured the overall win in the triple crown event with two triumphs and a fifth-place finish.

Webb took second in the first main event but suffered a scary crash in the second, resulting in a 17th-place finish followed by a 21st-place finish in the third, which he wasn’t able to compete in following the crash.

He catapulted off the track in the second main, landing hard on his back on the concrete and had to be helped from the track by medical staff. He was immediately transported to a local hospital for X-rays and evaluation where it was discovered he amazingly escaped with no broken bones but instead a deep bone bruise and hematoma on his pelvis and sacrum.

If he won the race, Tomac just needed to score a minimum of four points, which means he needed to finish at least 19th.

If Webb finished second, Tomac needed to score just a single point to capture the 450SX crown. To score only one point, Tomac simply needed to qualify for the main event, as even last place (22nd) provides one point.

Webb had a good jump off the start, but he got tangled up with another rider in the first turn and went down. He was able to rally from the back of the pack to 14th by the end of lap one, and from there, he put his head down and charged through the pack.

His effort helped him hold off Ken Roczen for second in the season standings. Roczen started the race trailing Webb by six points as the two had switched second and third over the past few races. Roczen placed seventh and ended up five points short of Webb in the final standings.

Riders will take a brief break from racing as they switch gears for the 2020 AMA Pro Motocross Championship, which is set to begin Saturday, July 18 in Crawfordsville, Ind.