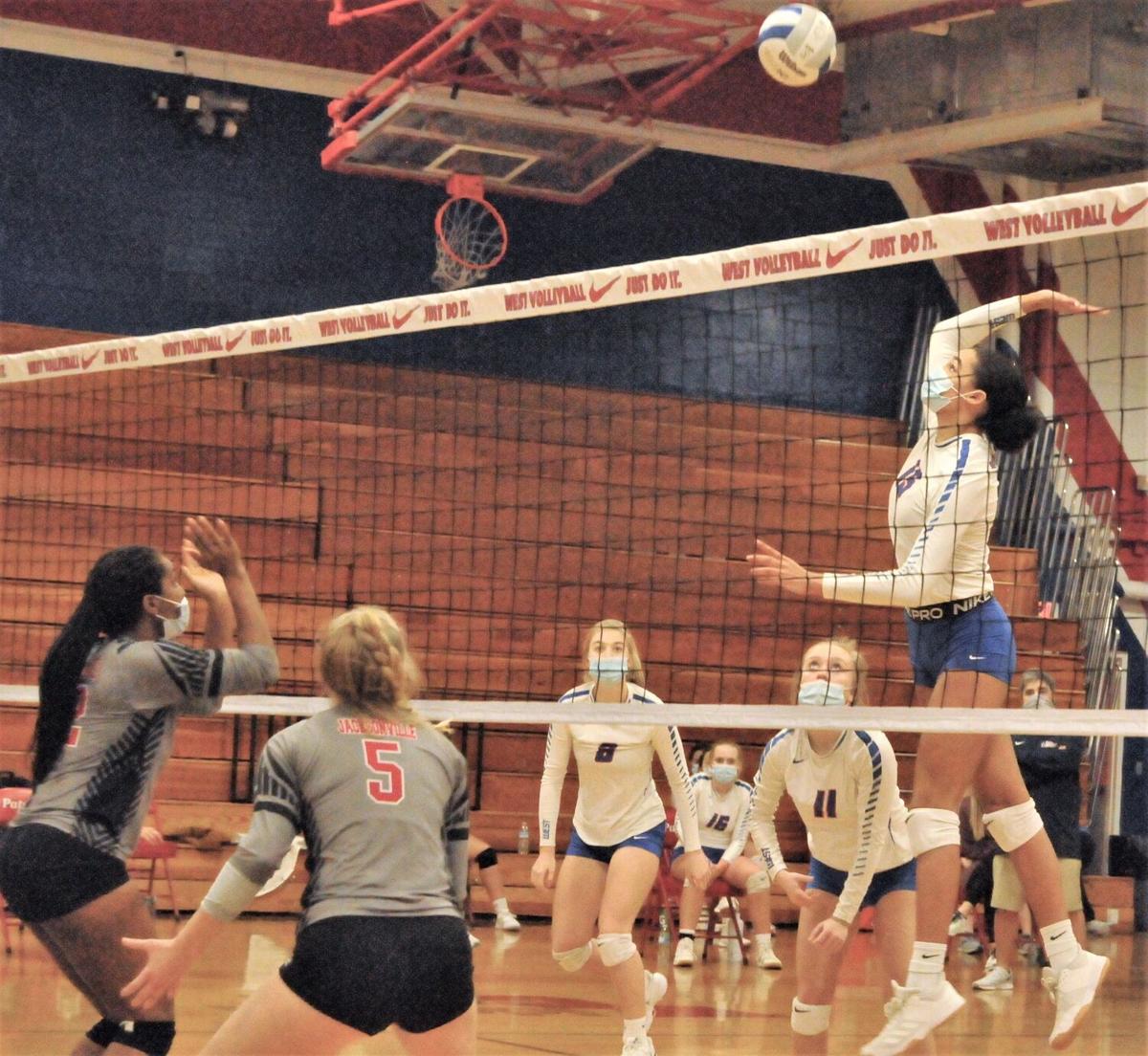 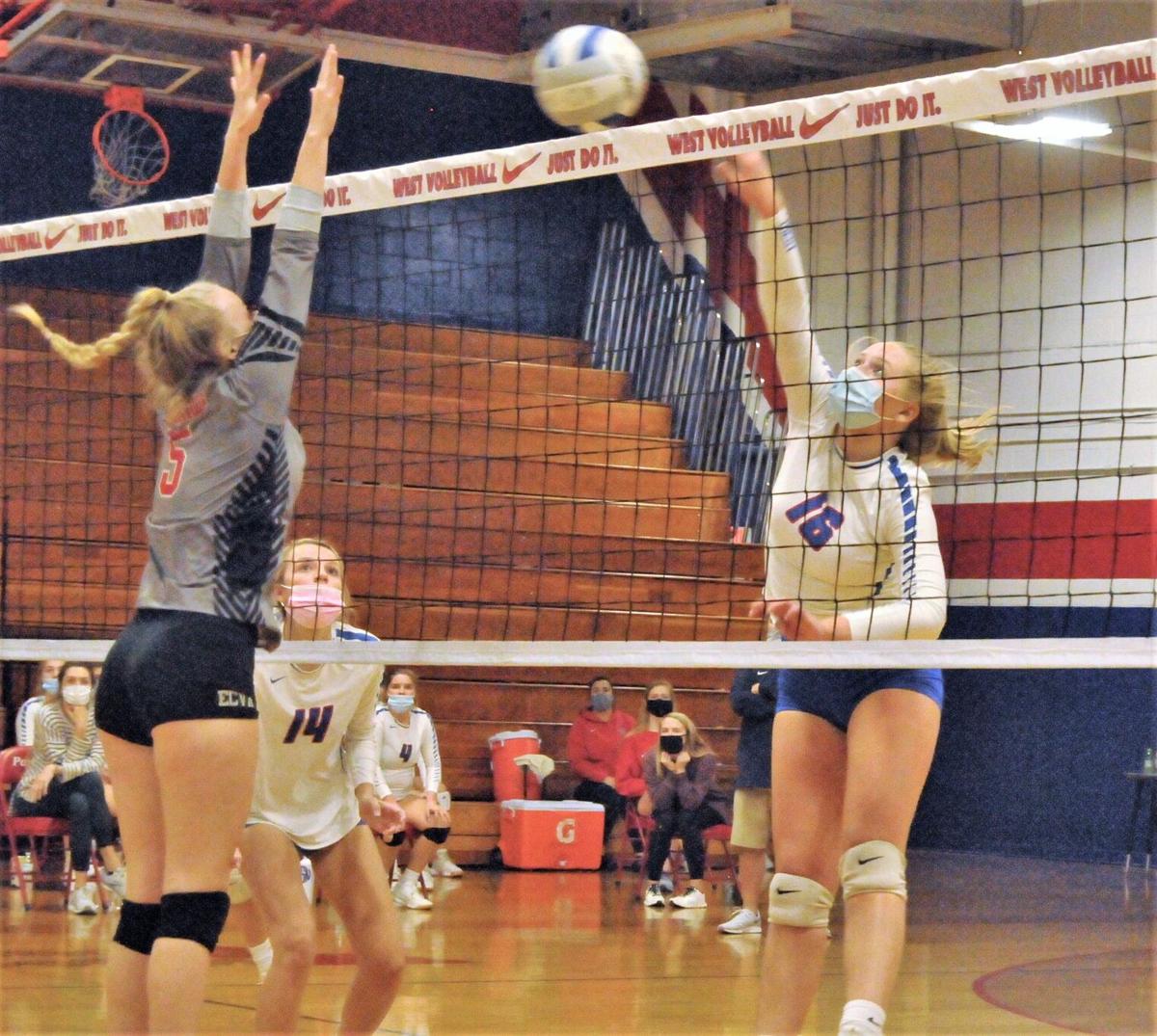 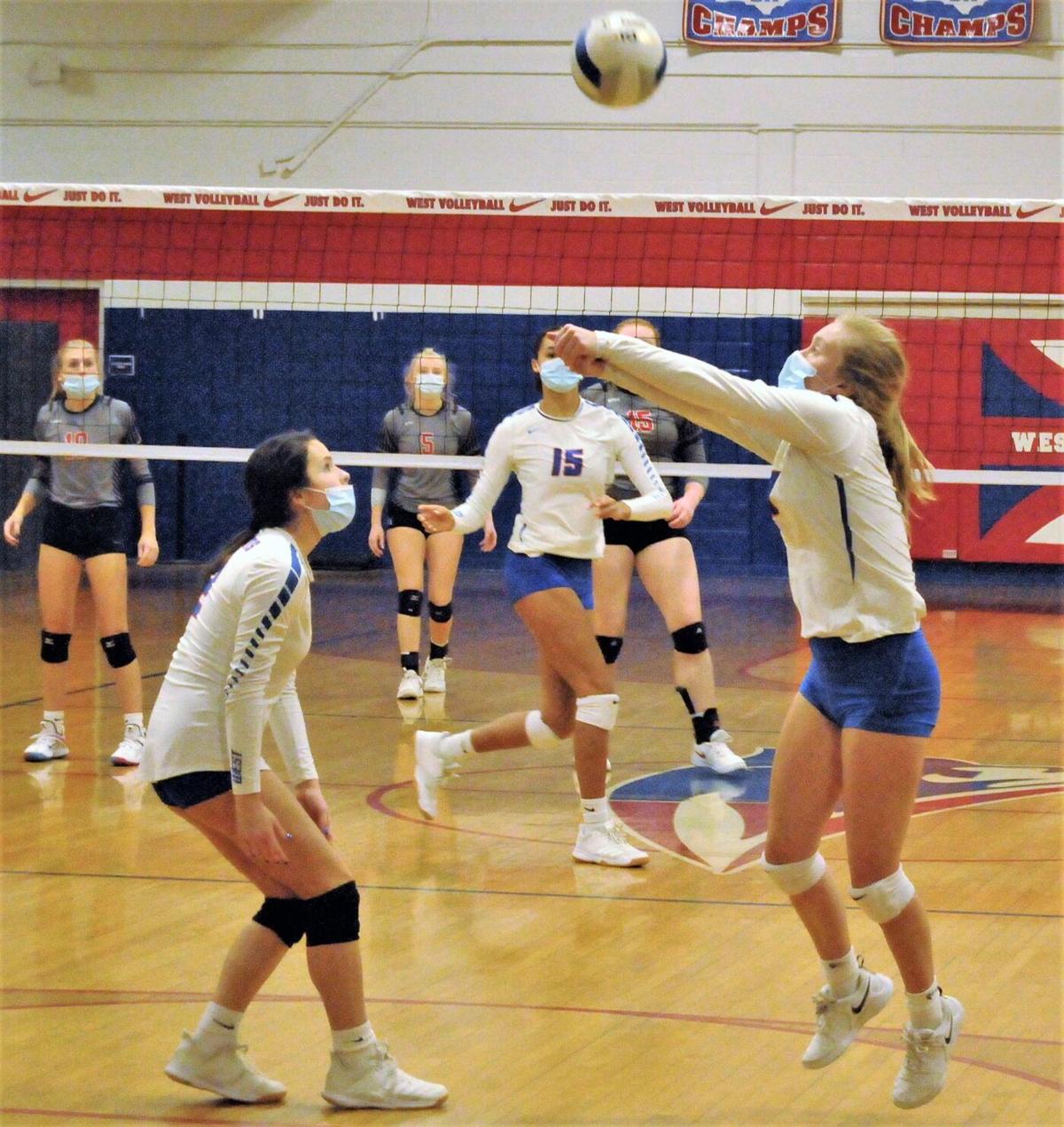 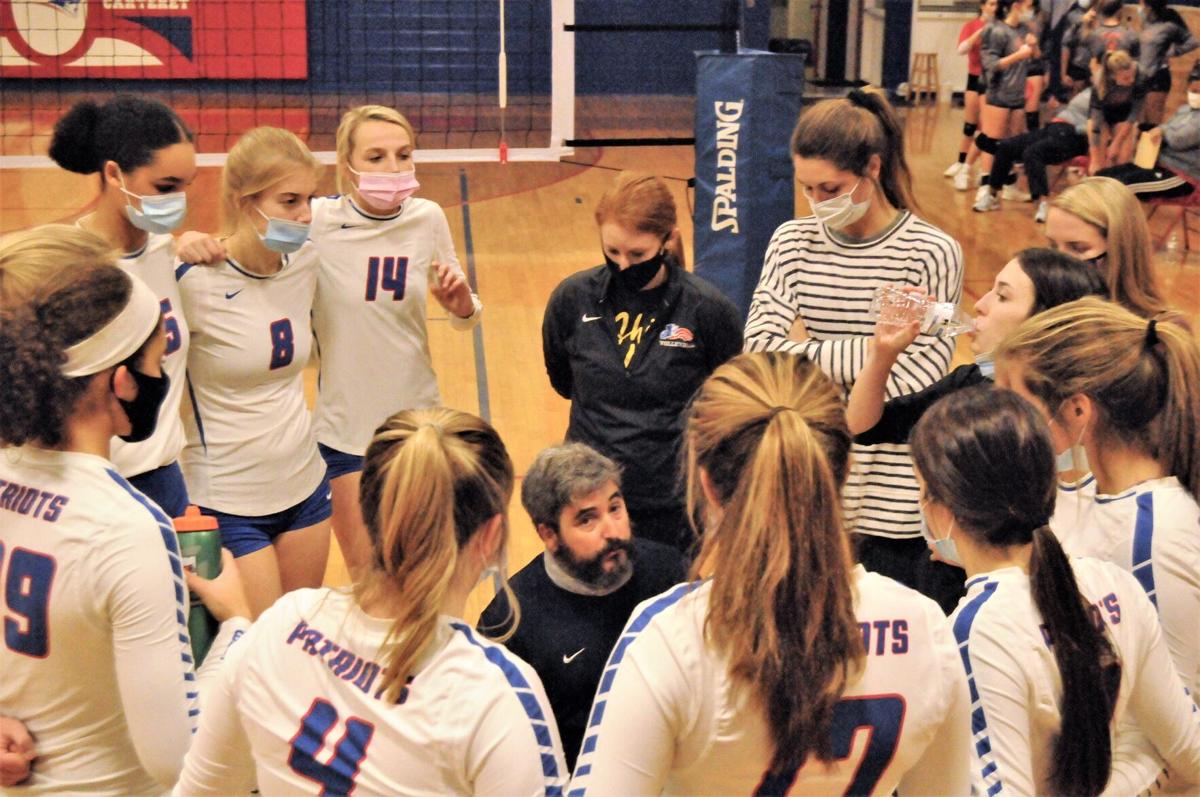 “It wasn’t quite enough,” West coach Michael Turner said. “We had two and a half really good sets, maybe three and a half. We had some chances, and did not cash them in. It’s disappointing.”

The Cardinals (11-1) will now receive the league’s No. 1 playoff seed, while the Patriots (11-3) will wait to see if they earn a wild-card bid after the two shared the regular season title with identical 9-1 records following a split of the season series.

“We’re 11-3 and 9-1 in conference, so that is hard to beat,” Turner said. “I don’t know, I feel good about what we did. If it isn’t’ enough, then it isn’t enough. We lost to a good Jacksonville team twice and a good New Bern team.”

The Cardinals have been a thorn in the Patriots’ side for the past few years, snapping a four-year league championship streak in a 2018 season shortened by Hurricane Florence. The teams have split their series over the last two seasons to share the conference title. Jacksonville also beat West in five sets in last year’s league tournament final.

The Patriots were missing two of their better hitters in Courtney Tyndall and Grayson Edwards – Tyndall is also one of the team’s better servers – and one of their better defensive players in Susanna Segrave. Those three came into contact with someone who later tested positive for the coronavirus, so they had to quarantine.

Their absence hardly seemed to matter in the first set when the squad jumped out to a 26-24 victory. West had fallen behind 10-5 but fought back thanks to three kills and two blocks from Cayman Montgomery, and two kills apiece from Olivia McNair, Julia Quinn and Emma Nicholson.

“I thought it was going to be a really cool story,” Turner said. “The way they came together. It just wasn’t meant to be. The other side has a whole lot of say so in how that story gets written.”

The teams then split lopsided sets with Jacksonville winning the second 25-14 and the Patriots winning the third 25-9 to take a 2-1 set lead heading into the fourth.

West trailed 12-10 in that set, with Megan Kenon leading the way with three kills early on, when the Cardinals’ Julianna Erickson, who missed almost the entire third set with a leg injury, put up two kills during a four-point run to make it 16-10 on the way to a 25-20 win.

“Julianna carried us,” Folger said. “She got injured, and I was really worried at that point, but she gutted it out.”

Erickson had two kills and two blocks in her team’s 15-9 win in the fifth and deciding set, including a block during a five-point run to close the set, and the Cardinals celebrated on the court following the tough victory.

“I hate that they didn’t get the moment that Jacksonville got,” Turner said of his team. “I can live with losing, I can live with mistakes, but I wanted those kids to feel that, and they don’t get to, and I hate that. I take these losses personally. When it’s even like that, it’s on me, not on my kids. I wish I could do more. I feel like I let them down.”

Despite the frustrating loss, Turner tried his best to look on the positive side. His team won a regular season conference championship, played 14 games and finished its season without losing any games to quarantine while fellow county squads East Carteret (twice) and Croatan each lost two weeks to quarantine this season.

“I’m proud of my kids,” he said. “We still won a conference championship. And this year was all about playing. I’m not going to lose sight of that because of how we close we got to winning this tournament. But when you get this close, it hurts. It hurts when you put this much into it. These kids have been going since June.”