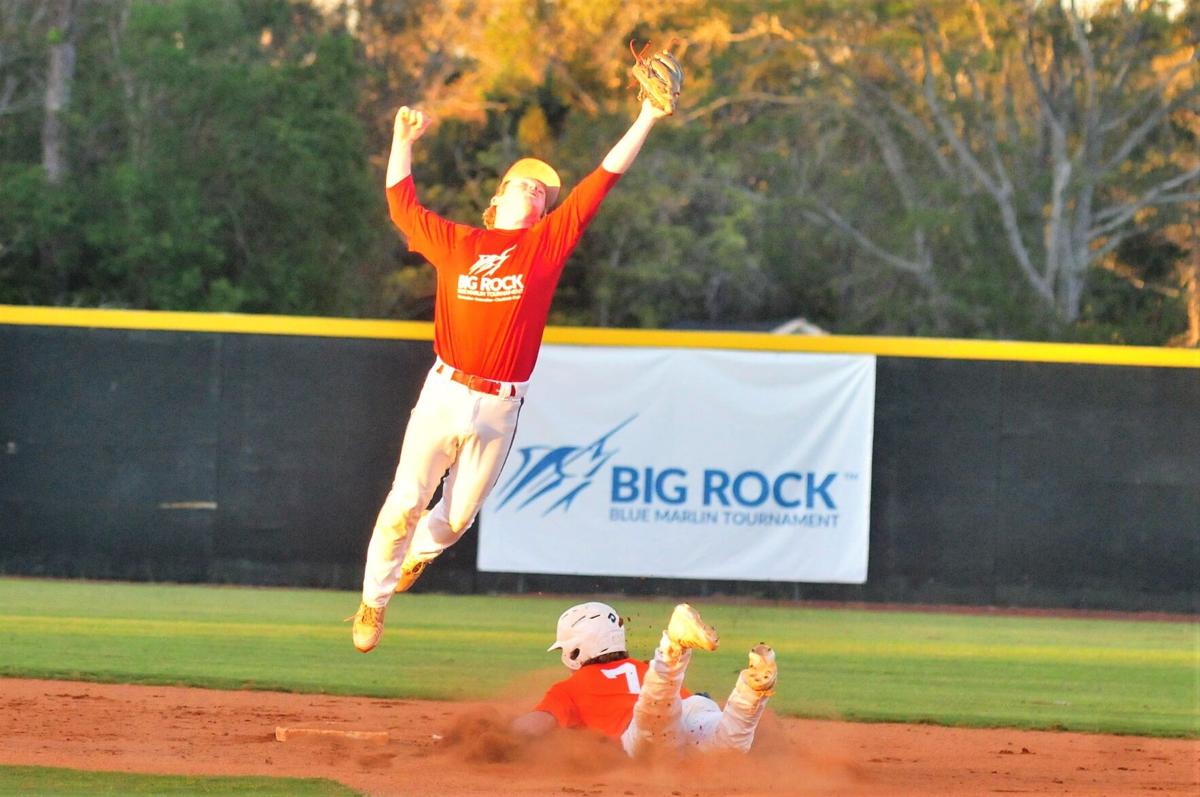 Jarrett Hall of Red makes a leaping catch at second, but not fast enough to keep Bryan Garner from reaching the bag. Hall hit 1-for-2 in the 12-6 win over Orange with a RBI and two runs scored. (Zack Nally photo) 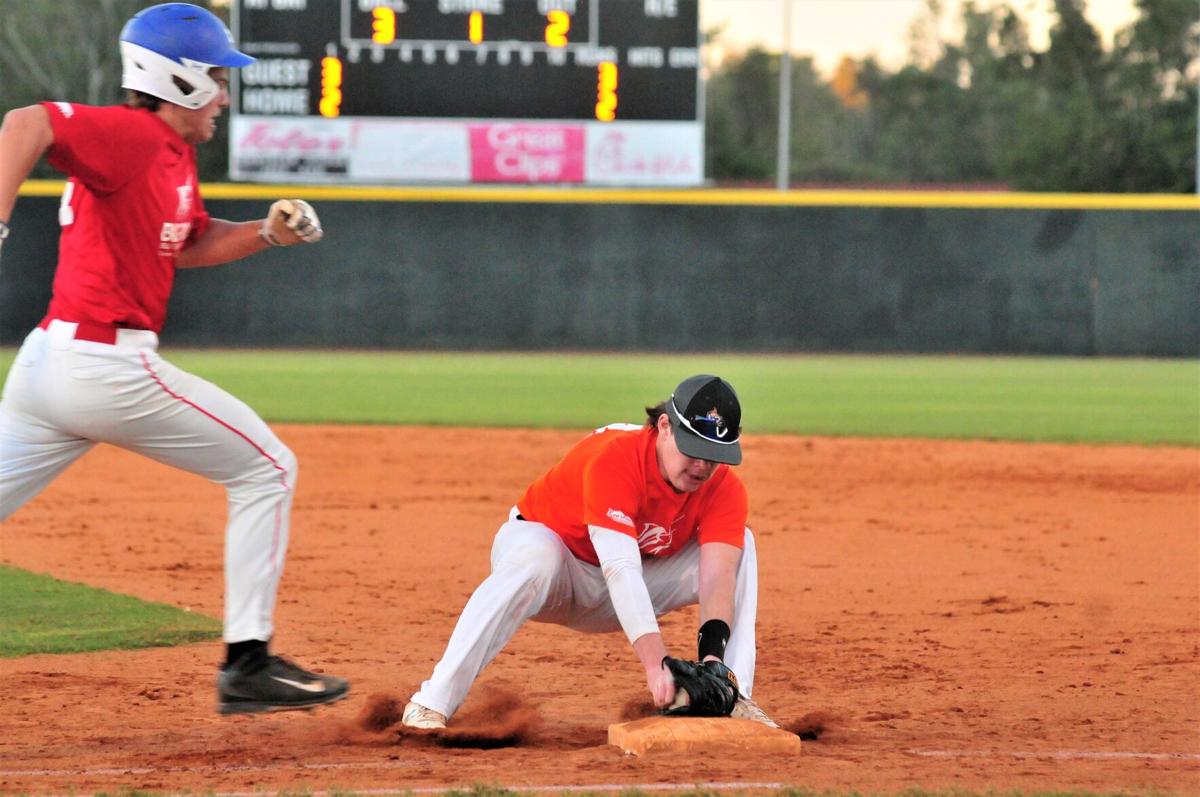 Jaxon Lawrence of Orange places his glove on first base for the out Wednesday after fielding a short grounder. Orange fell to Red 12-6. (Zack Nally photo)

Jarrett Hall of Red makes a leaping catch at second, but not fast enough to keep Bryan Garner from reaching the bag. Hall hit 1-for-2 in the 12-6 win over Orange with a RBI and two runs scored. (Zack Nally photo)

Jaxon Lawrence of Orange places his glove on first base for the out Wednesday after fielding a short grounder. Orange fell to Red 12-6. (Zack Nally photo)

Head coach Dalton Knight was happy with his team’s performance, which followed an 11-11 tie with Marlin Blue on Monday.

“We’ve been waiting to have a good game like this,” Knight said. “We’ve been working on our swinging during pregame, and it showed tonight. The bats were much better tonight. It was a collective win.”

The fall baseball season, put on by the city and the Morehead City Marlins organization, hit the halfway point of its six-week season on Wednesday. Each of the five teams have played at least four games.

“We’ve jumped a lot in that time,” Knight said. “We played bad in week one and two, but we’ve played well this week. There’s been definite improvement.”

Orange drew the short straw in scheduling, with doubleheaders for all four of their games. They played the same combo – Red and Royal Blue – on Sept. 30. Orange coach Ryan McLendon was unavailable for comment after the final game.

Orange was most consistent with a run in every inning of the five-frame game save for the second. Red had the hot bat, though, racking up six hits and taking advantage of five errors to score three runs in the first, four in the third and five in the fourth.

The swing in the game came in the fourth inning, with Red’s five runs widening a slim 7-4 lead over Orange to 12-4. Logan Williams led off with a single and scored on an error that helped Thomas French reach first. French and Jacob Gillikin, who singled to get on base, both scored on wild pitches. Blaine Norris was walked, and Jarrett Hall reached on an error. Both scored on a Jaxon Ellingsworth double.

Pitching was a struggle for both teams, each deploying four arms through five innings. Red’s top pitcher was Colston Norris who threw two full frames and struck out three batters. He allowed two hits and one earned run. His brother Blaine, who hit 1-for-2 with a RBI and two runs, struck out three and allowed no earned runs and no hits to close out the game.

Blaine Norris and Hall each scored two runs for Red, with Hall finishing 1-for-3 with a RBI and two runs. Hall had two putouts from his spot at shortstop, and both players stole a base in the win.

Orange got off to a good start with a pair of runs in the first and third innings. Andrew Frazier scored in the first off a passed ball after walking to reach, followed by a Jacob Nelson run off Bryan Garner’s single. Nelson also walked to reach, one of three walks in the frame.

In the third inning, Chase Locklear was walked and scored on a sacrifice fly from Hunter Sinsel. A fielder’s choice helped Garner get on base, and he scored on a single off C.J. Garner’s bat.

Other Orange runs came from Jacob Montayne and Jaxon Lawrence.

Frazier pitched 2 2/3 innings for Orange, striking out three and allowing two hits and no earned runs.