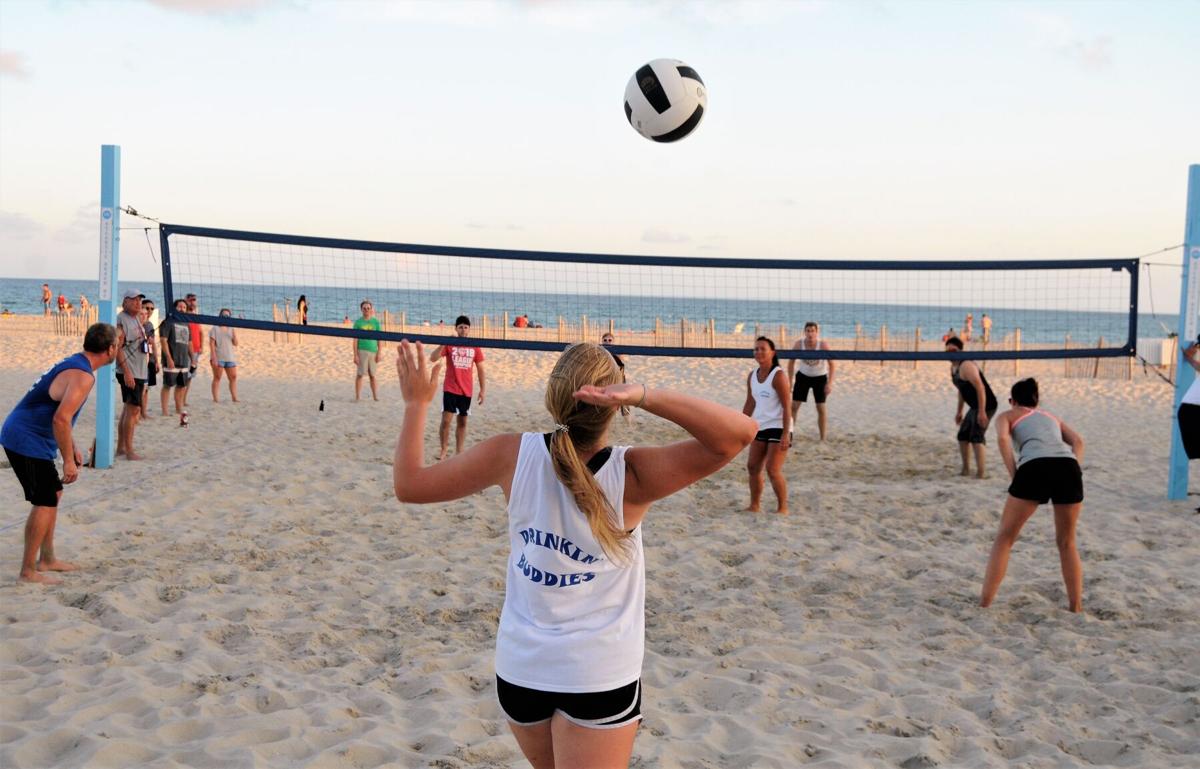 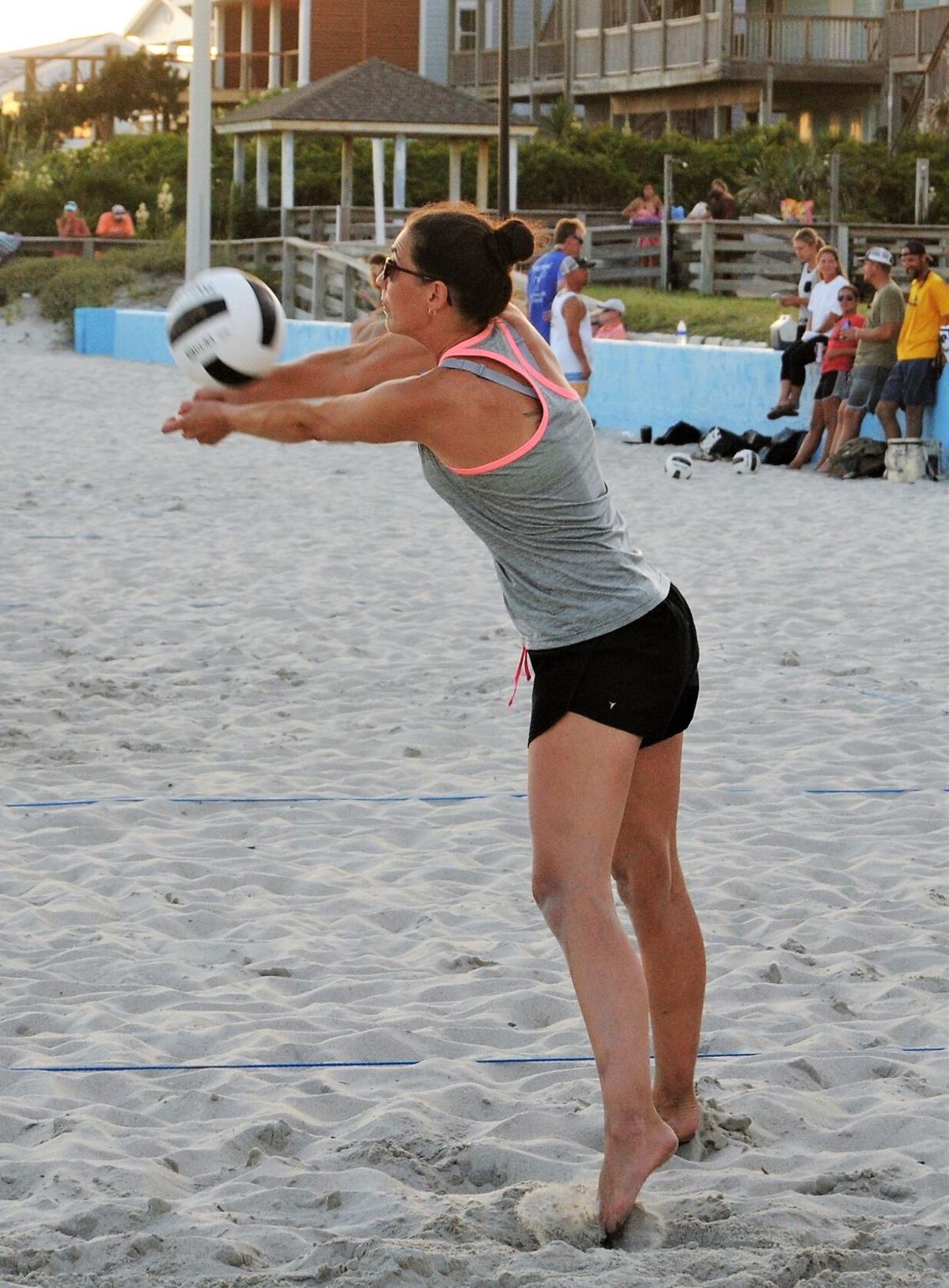 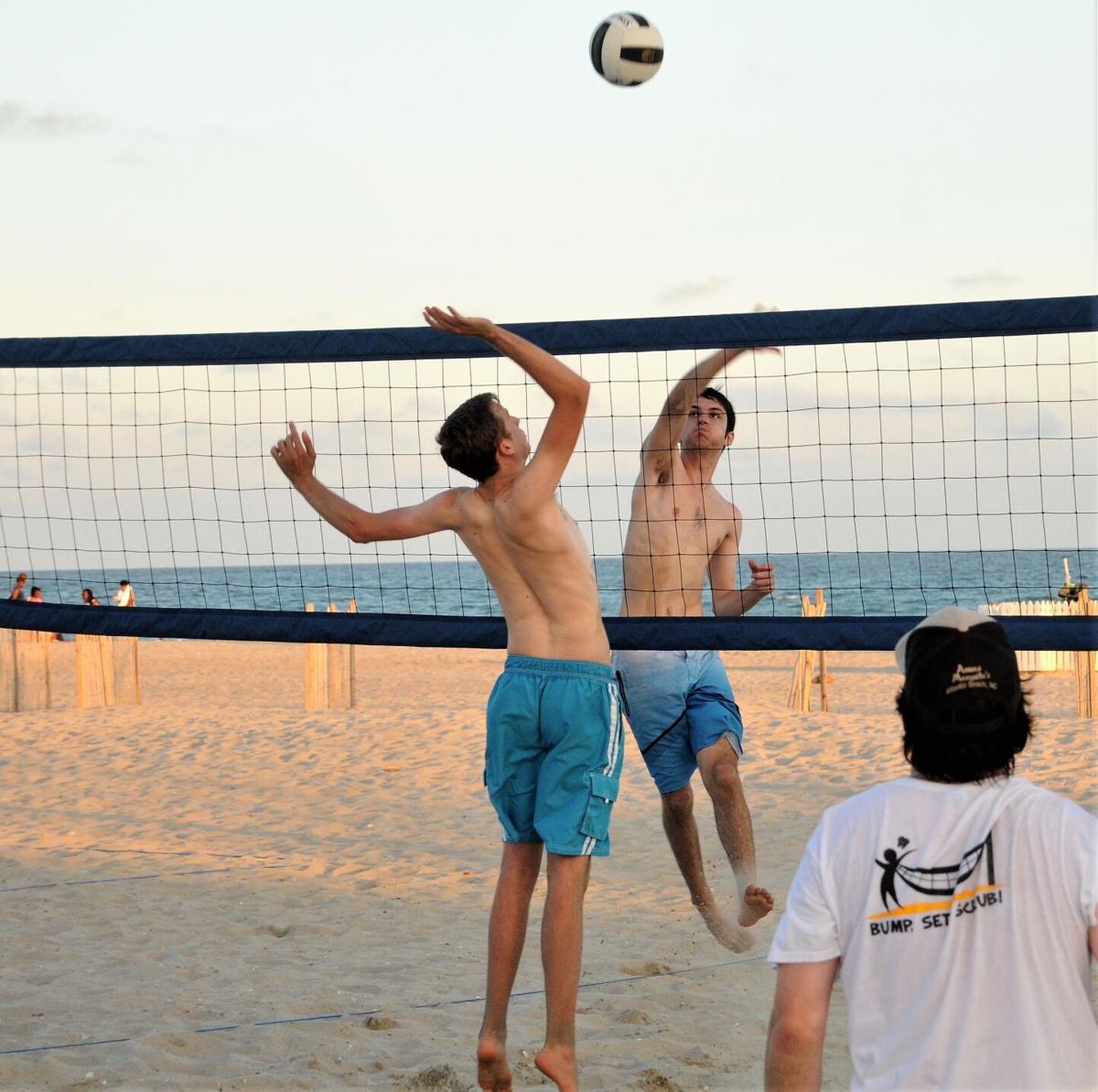 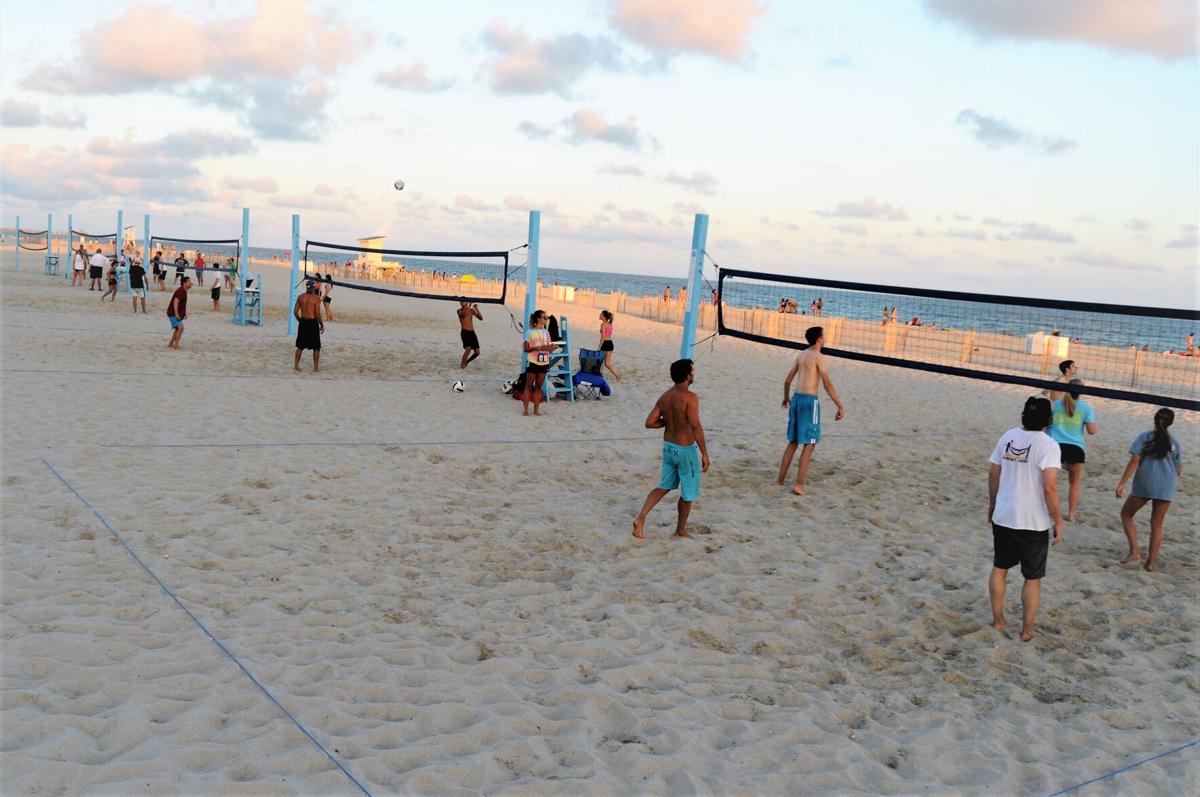 ATLANTIC BEACH — Sports are hard to come by these days, but for the past six Wednesdays, there has been one played that is suited for the coronavirus pandemic.

The Carteret County Parks and Recreation 20-team dual-league has kept the courts busy at The Circle on Atlantic Beach since mid-June.

“I think (the league) filled up in two days,” said CCPR Athletics Supervisor AnMarie Ivester. “They were ready, for sure.”

Ivester, who figures CCPR has offered beach volleyball for at least 15 years, capped the league at 20 teams after having 24 last year. With the state in phase two of COVID-19 restrictions, outdoor activities are held to a 25-person limit.

“We use every court (of five courts) for the 25,” Ivester said. “So, we just need to stay under that number in each court, and we have four on each side and 10 on each team, so we’re good.”

In two concessions to the coronavirus pandemic, the league started a month later as it waited on Gov. Roy Cooper’s phase announcement, and wording was added to include the virus in the waiver that players must sign.

Another concession will likely come in the fall.

“We usually do indoor then,” Ivester said. “But we are hoping to keep it outdoors on the beach. Hopefully we won’t have any hurricanes.”

Aaron Pennock led the Patriots tennis squad to an undefeated run through league play in 2016 as a senior No. 1 seed on West’s path to a conference championship. He plays for the Geeky Terry’s in the competitive league.

“This is my fourth year,” he said. “I haven’t really played sports since high school. I still play tennis here and there, but nothing really competitive like this.”

In the competitive league, the officials’ calls are tighter and play is more intense, compared to the recreational league.

Pennock, who is the stepson of longtime West tennis coach and CCPR employee, Mark Thompson, used to work for CCPR and kept score at volleyball games before joining the fun. His mother, Christan Thompson, also plays on his team to make it a family affair.

“It’s fun,” Pennock said. “She’s the one who taught me how to play volleyball. She used to play in high school at East Carteret.”

Lillie Maness also brings her family to the beach to play, joining her father, Bryan, and mother, Beth, on the Drinkin’ Buddies in the recreational league.

“We have a good time, even if me and my dad butt heads, because we’re pretty much the same person,” she said with a laugh. “We have a lot of fun. It’s good to play and get back into it a little bit.”

Maness was a two-sport star at West before graduating in 2018. As a junior, she helped the soccer team win its first conference championship in 14 years. She helped the volleyball team capture back-to-back league crowns as a sophomore and junior.

When it came time to move on to Concord University in West Virginia, she had to make a choice and picked soccer.

“I wish I could have played both, but I had to make a decision,” she said. “They are in the same season in college.”

Maness hadn’t played volleyball since high school and didn’t realize how much she missed the sport.

“No, I had no idea I had missed it that much,” she said. “Not until that first night of our first game.”

Once again , no masks in sight and then there is that ball. The ball that everyone smacks about with no gloves on . Makes about as much sense as football or soccer . Guess that Parks & Rec. is willing to ok this and of course assume any responsibility if ....... . Just wondering if this Pandemic thing is as serious as we are told considering the Commissioners virtual meetings , closed offices , schools and all that stuff . Is it ?

AB Mayor Cooper and Governor Cooper think this is fine. Just don't go to a gym.

Any idea about election.....or maybe it will be over by then.....hahahahahaH