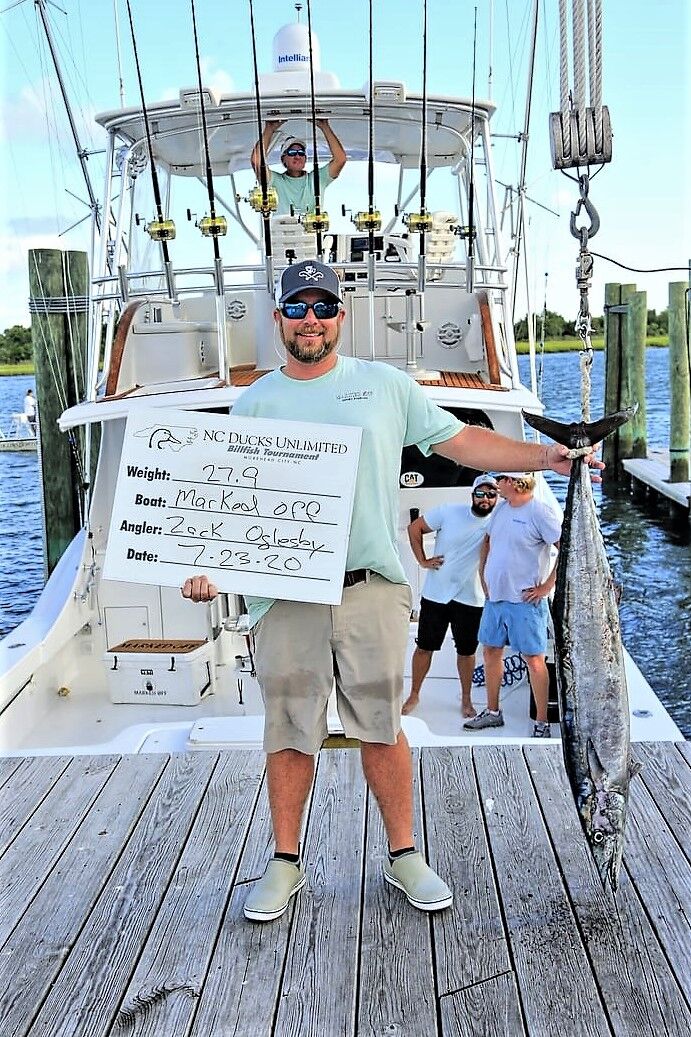 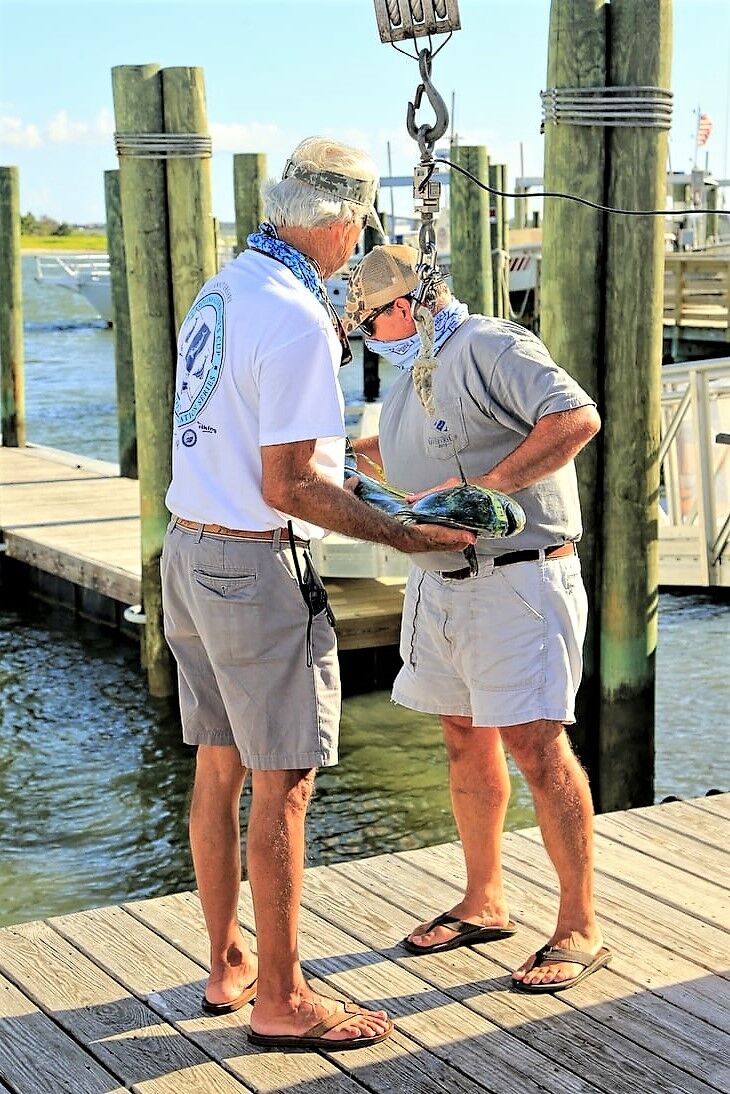 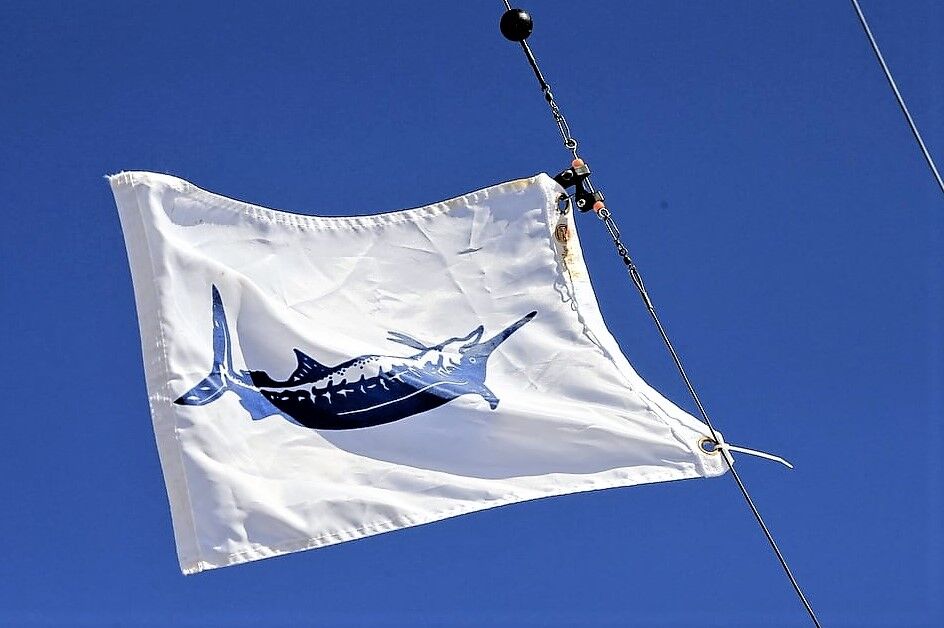 The Band the Billfish is a catch-and-release tournament with more than 1,100 billfish releases since the competition began in 1989. (Contributed photo) 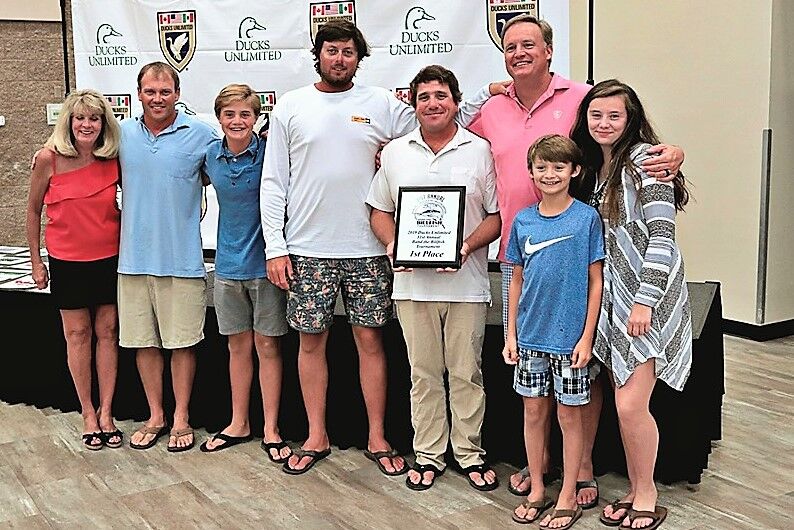 The crew of The General, captained by Wade Fickling of Morehead City, won the Band the Billfish Tournament in 2018 and 2019. (Contributed photo)

The Band the Billfish is a catch-and-release tournament with more than 1,100 billfish releases since the competition began in 1989. (Contributed photo)

The crew of The General, captained by Wade Fickling of Morehead City, won the Band the Billfish Tournament in 2018 and 2019. (Contributed photo)

Teams had Thursday, Friday and Saturday to fish two days and compete for a purse worth $128,700 in the catch-and-release competition. This year’s boat count is significantly higher than the 22 that registered last year.

“That’s a big increase from the last couple of years,” Tournament Director Mark Shouse said. “I think people were ready to fish, and we have good weather. It’s unusual to have three days of good weather for this tournament.”

Only results from day one were available in time for this issue. A total of 24 boats took to the waters Thursday, catching and releasing a combined eight billfish, including two blue marlin, one white marlin and five sailfish. After the first day, Whitecaps sat atop the leaderboard with 400 points for the release of a blue marlin and a 12.1-pound dolphin as a tiebreaker.

The weightiest dolphin from the first day was a 19.1-pounder off Loose Cannon. Marked Off leads the wahoo category with a 27.9-pounder.

On Thursday and Friday, lines went in the water at 9 a.m. and those without a fish on the hook came out at 3 p.m. Fishing began Saturday at 8 a.m. and finished at 2 p.m. Big Rock Landing was the waterfront host of this year’s tournament.

All events for this year’s tournament were held virtually, a transition that was easier than expected.

“We haven’t had any problems doing it virtually,” Shouse said. “Everyone seems very eager to fish. I guess they’ve been cooped up and want to get out. It’s an event they enjoy, and they’re able to stay socially distanced and everything.”

The turnout this year is a dramatic increase from the numbers of recent competitions. There were 22 boats registered in 2019, 28 in 2018 and 22 in 2017. This year’s total is the most since the 2014 tournament’s field of 24 boats. This year is only the third time in the last decade the count has exceeded 40.

However, the most important number to the tournament is its billfish release totals. The N.C. Ducks Unlimited Billfish tournament has been in effect since 1989, helping to release over 1,100 billfish in the process. The name “Band the Billfish” speaks to the organization's conservation efforts, and the release numbers back up that sentiment.

In conjunction with the National Marine Fisheries, the tournament employs a minimum blue marlin requirement of 110 inches or 400 pounds. In the tournament's inaugural year, Capt. Howard Basnight of the Wave Runner reeled in a 1,002-pounder to become the first and only angler to catch a blue marlin weighing over 1,000 pounds in the waters off Morehead City. Ironically, the fish was not eligible for the competition as it was caught after the competition had finished.

Last year, Morehead City-based The General, captained by Wade Fickling, tallied 1,550 points for the release of two blue marlin and four sailfish. It was the boat’s second straight victory in the competition.

Second place in the release points divisions went to Carterican of Atlantic Beach for 600 points, plus 26.8 pounds of gamefish caught to break a tie with Piracy of Morehead City.

The prize for largest dolphin, split among multiple gamefish categories, went to Sashimi for a 58.1-pounder reeled in by Jeremy Rogers and Capt. Dallas Austin.

There were no tuna caught in last year's competition.

In total, there were 35 billfish caught and released, including four blue marlin, three white marlin and 28 sailfish.

For more information on the tournament, visit ncdubillfish.com.