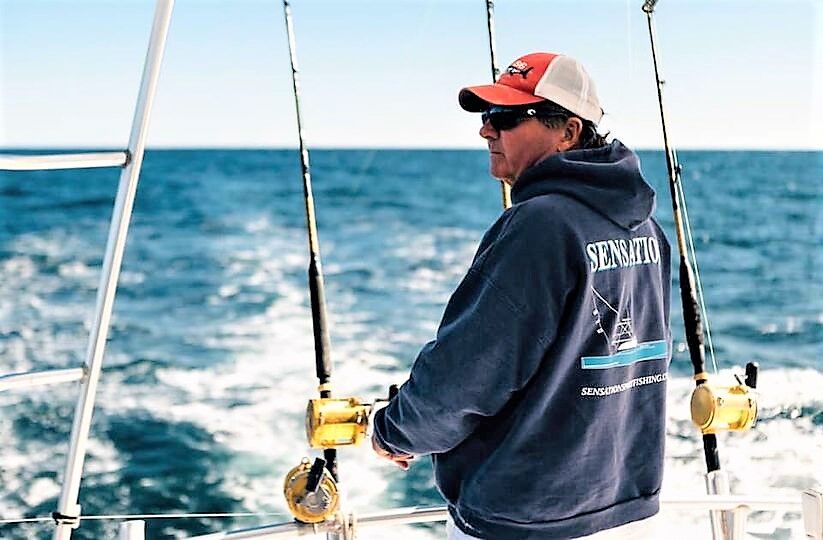 Dale Britt, 15-year captain of Sensation, is stepping down from behind the wheel of Jarrett Bay Hull No. 1. (Contributed photo) 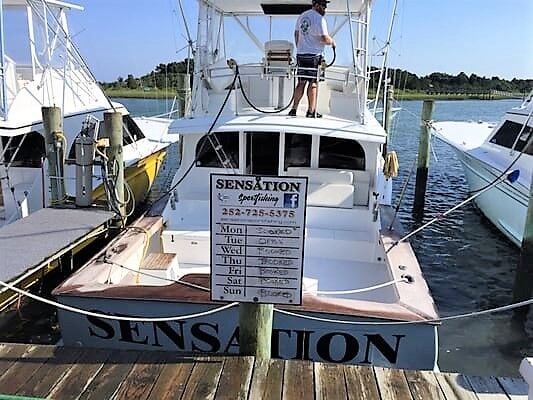 Dale Britt, 15-year captain of Sensation, is stepping down from behind the wheel of Jarrett Bay Hull No. 1. (Contributed photo)

Dale Britt, 15-year captain of the charter boat Sensation, is stepping back to take more time with his family after a stellar second career behind the wheel of Jarrett Bay’s first-ever custom boat.

“It’s run its course,” Britt said. “I loved every minute of it. I loved all my time doing it, and I’ve met some wonderful people over the years. It’ll wear on you, getting up every morning at 4 a.m. and getting home at 6 p.m., eating and then getting up all over again. I’m past retirement age, and I have other things I want to do, like spend more time with my family. It was time, time to pass it on to a younger generation.”

The 71-year-old has helmed the 53-foot Jarrett Bay since 2005, when he transitioned a lifetime of offshore experience into a spot behind the iconic wheel of Sensation.

“It has been wonderful,” Britt said. “It’s very difficult to make a living as a charter captain, especially one who owns their own boat. All of the charter captains who go out in the inlet in the morning do it because they love it. I truly think you could make more money flipping burgers, but you do it because you love it.”

Sensation was first built in 1986 and hit the water in 1988 as Hull No. 1 with Jarrett Bay founder and president Randy Ramsey at the wheel. Ownership changed hands a few times, including to Howard Basnight, another Big Rock Blue Marlin Tournament Board Member and captain. of Wave Runner during its fabled 1989 catch of a 1,002-pound blue marlin.

Britt and Ramsey have both served as Big Rock president, and both remain current board members.

“Dale established himself as one of the top charter captains in the area, and I was proud he was at the helm of our first boat,” Ramsey said. “Not only did Dale distinguish himself as a fisherman, he provided his customers with memories of a lifetime. I am sure he will continue to be a fixture on the waterfront and his volunteer service to the community.”

The sky-blue Sensation, powered by a Caterpillar C-30 engine, is a fixture on the Crystal Coast waters. More than that, it has been a sign of good things to come with Britt behind the wheel.

“If I’m fishing and I see that big baby blue sled, I know I’m in the right area,” Lone Wolf Sportfishing Capt. Mike Dupree said on Facebook. “A legend on the grounds and one heck of a teacher.”

Other captains voiced their congratulations to Britt over social media when his retirement was announced last week.

Morehead City angler John Scibal wrote, “You won’t find a guy with more class. Thanks for all you do, and for being a great mentor for Big Country Alan.”

Newport angler Thor Coole posted, “Dale, you will be missed. You are one of the finest boat captains and people I know.”

Britt has run a successful charter for 15 years with Sensation, but he has also come close to tournament glory a few times.

“The big hope was to win the Big Rock, but it never happened,” he said. “I finished in second twice, once by eight pounds and another time by 24 pounds.”

Britt weighed a 423.8-pound blue marlin in 2013 to place second after finishing second in 1996 with a 527-pound fish off his boat FortySomething.

Sensation also took part in the Tag-A-Giant program through the Tuna Research and Conservation Center, which called for boats to hunt down and tag giant bluefin tuna.

“We caught hundreds of bluefin tuna and tagged them,” Britt said. “Biggest one we tagged was 850 pounds.”

With Britt out at captain, who is next to helm Sensation is still on the table. It’s not Britt’s decision, but the first person to come to mind was his longtime mate Patrick Dufour.

“I’m hopeful that he will take over,” Britt said. “He’s been my second captain, and he was lined up to take over with my other mate, Zack Grantham, as his mate, but it’s not anything in stone.”

For now, no matter who is behind the wheel, Sensation will remain at its traditional spot on the waterfront, right between Dancin’ Outlaw and Reel Country.

“Morehead City is very fortune to have a working waterfront,” Britt said. “There’s no question it has one of the best fleets on the East Coast. It’s always great to go out there and see what God has to offer.”