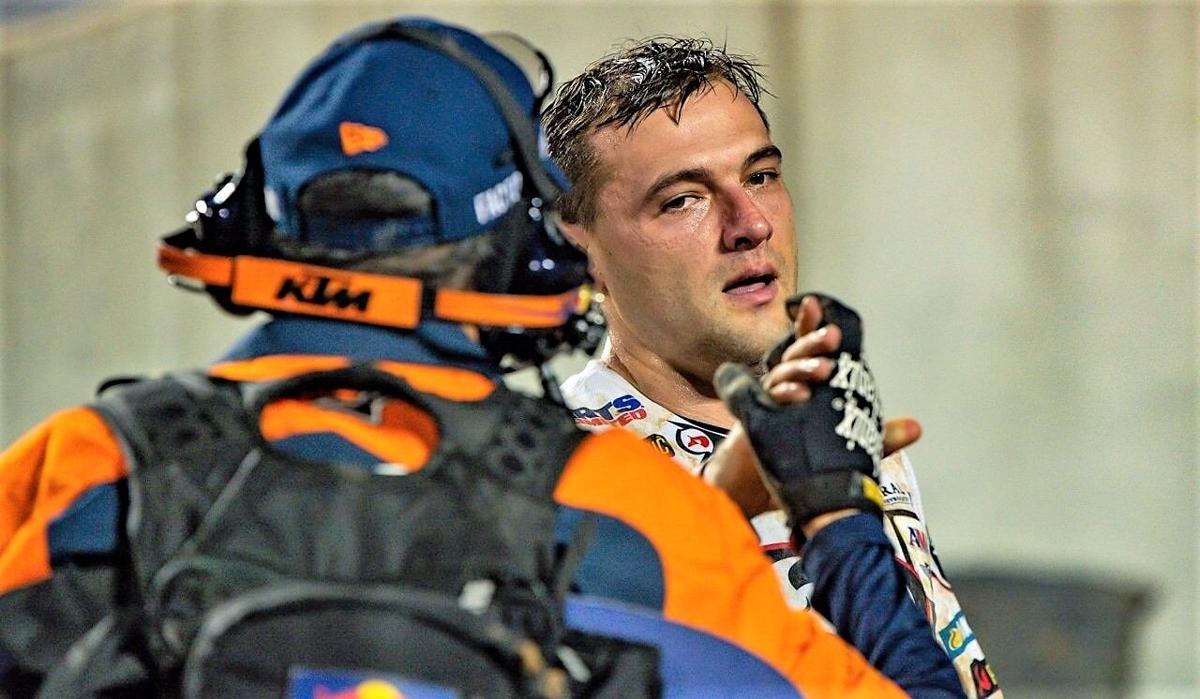 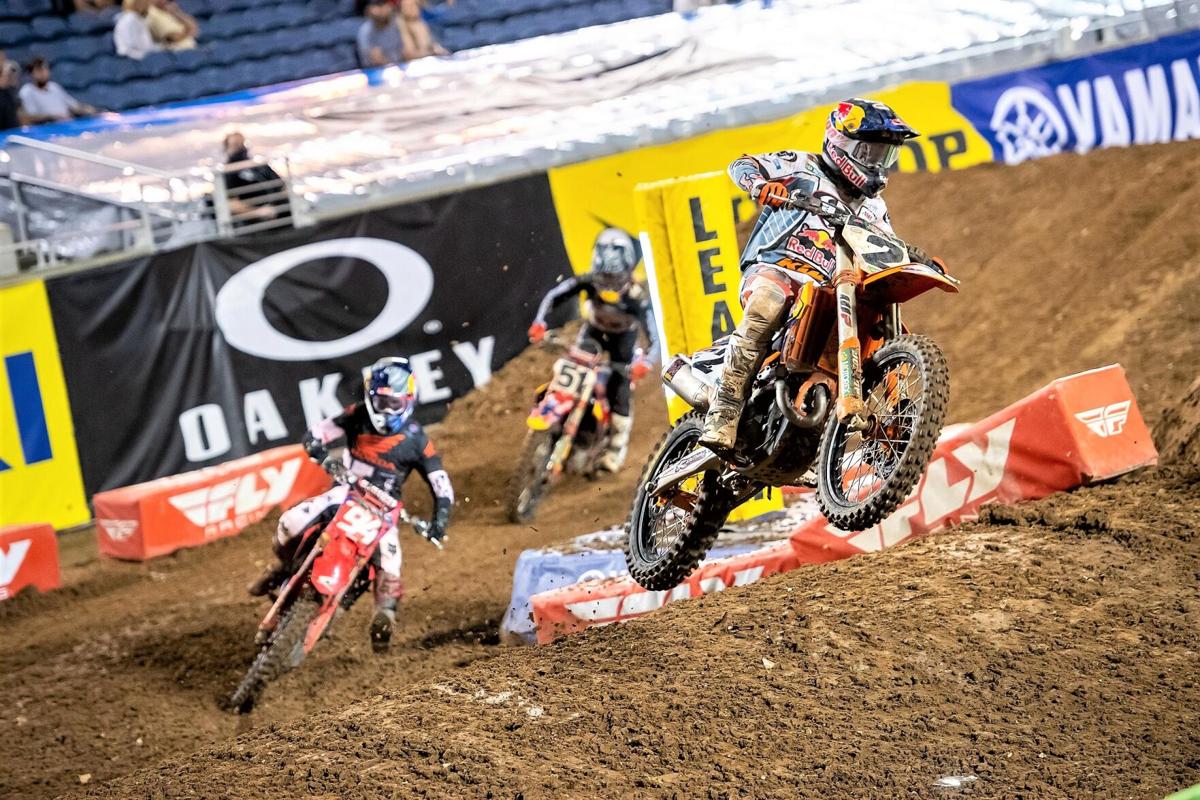 INDIANAPOLIS — Cooper Webb snapped Ken Roczen’s three-race winning streak in the seventh round of the Monster Energy AMA Supercross season to stay in the championship hunt.

The county native, who sits second in the season standings, earned his second main event victory of the year to pick up three valuable points on Roczen as he continues to chip away at the leader in his quest for a second career title.

Fending off a hard-charging Roczen in the final laps at Orlando, Fla., Webb, who led 22 laps, remained poised under pressure to best his championship rival by less than one second at the end of 25 laps.

“It was a great race tonight. We were one and two for pretty much the whole thing, tooth and nail,” Webb said after the race. “It was a tough race. The track really broke down a lot, especially from the beginning laps, and it’s definitely a little different when you are leading the majority of the main event. I made a few mistakes those last few and Kenny caught up, but I was able to get it done and man does it feel good.”

The 2019 450SX champion continues to make positive improvements in his overall setup, which led him to a favorable second-place qualifying position earlier in the day. He didn’t get off to the best start in the first heat as he rounded the opening lap in eighth. Climbing his way up to sixth by lap five, he finished strong with a sixth-place transfer into the main event.

In the main, Webb got off to a great start and positioned himself up front on the opening lap. Four laps in, he made a spectacular move to launch his KTM 450 SX-F Factory Edition from third to first, establishing himself as the rider to beat for the remainder of the race.

After placing third and fourth, respectively, in the fourth and fifth rounds, Webb finished as the runner-up to Roczen in round six.

“These last two (races) have been great,” Webb said. “Last week, we were close like that, and this one was a great race. I got a good start. I had a lot of good speed at the beginning of the race. Made some good passes right away, got in the lead. I haven’t led like that in a while”

The Red Bull KTM Factory Racing rider now has six consecutive finishes of fourth or better after getting off to a slow start in the season opener with a ninth-place finish.

Webb was able to shave a little off of Roczen’s championship lead. Roczen currently holds a 13-point advantage, 161 to Webb’s 148, with 10 races remaining.

“I feel like we needed to stop that momentum that Ken has,” Webb said.

This man is on National TV every wk.Should be getting more respect from the mullet rapper.