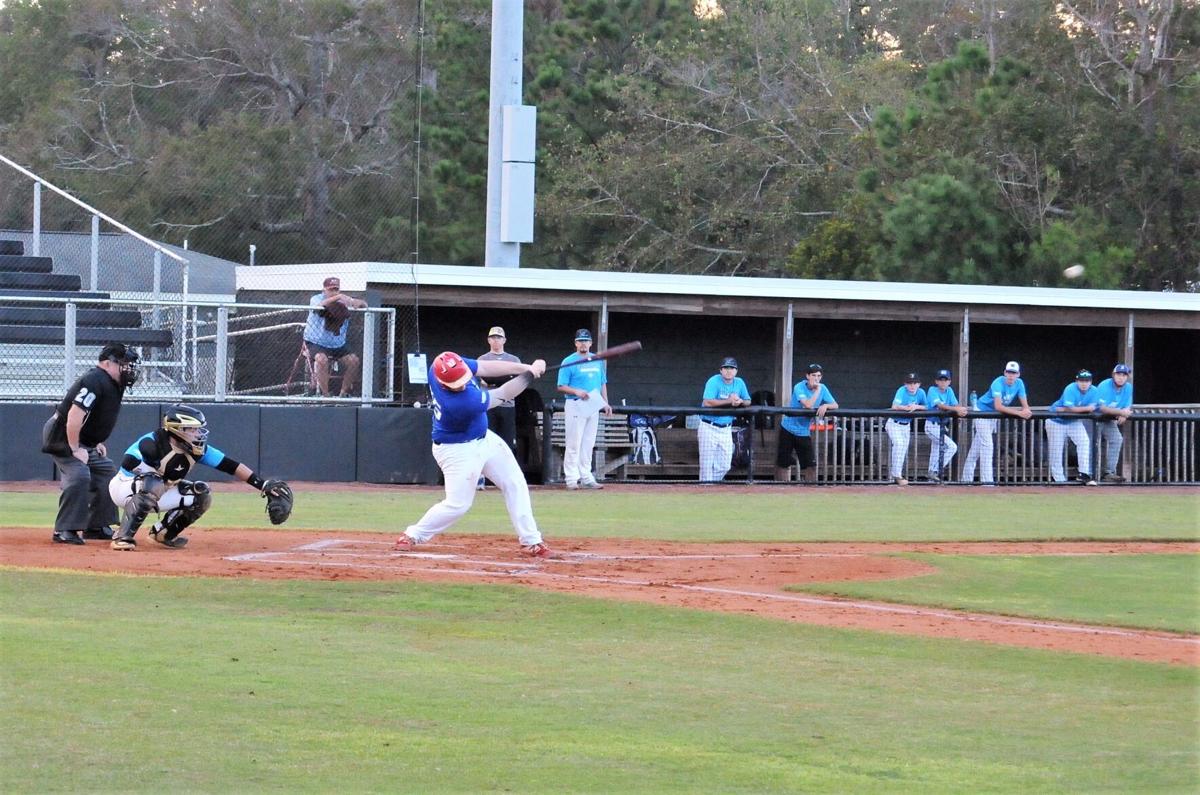 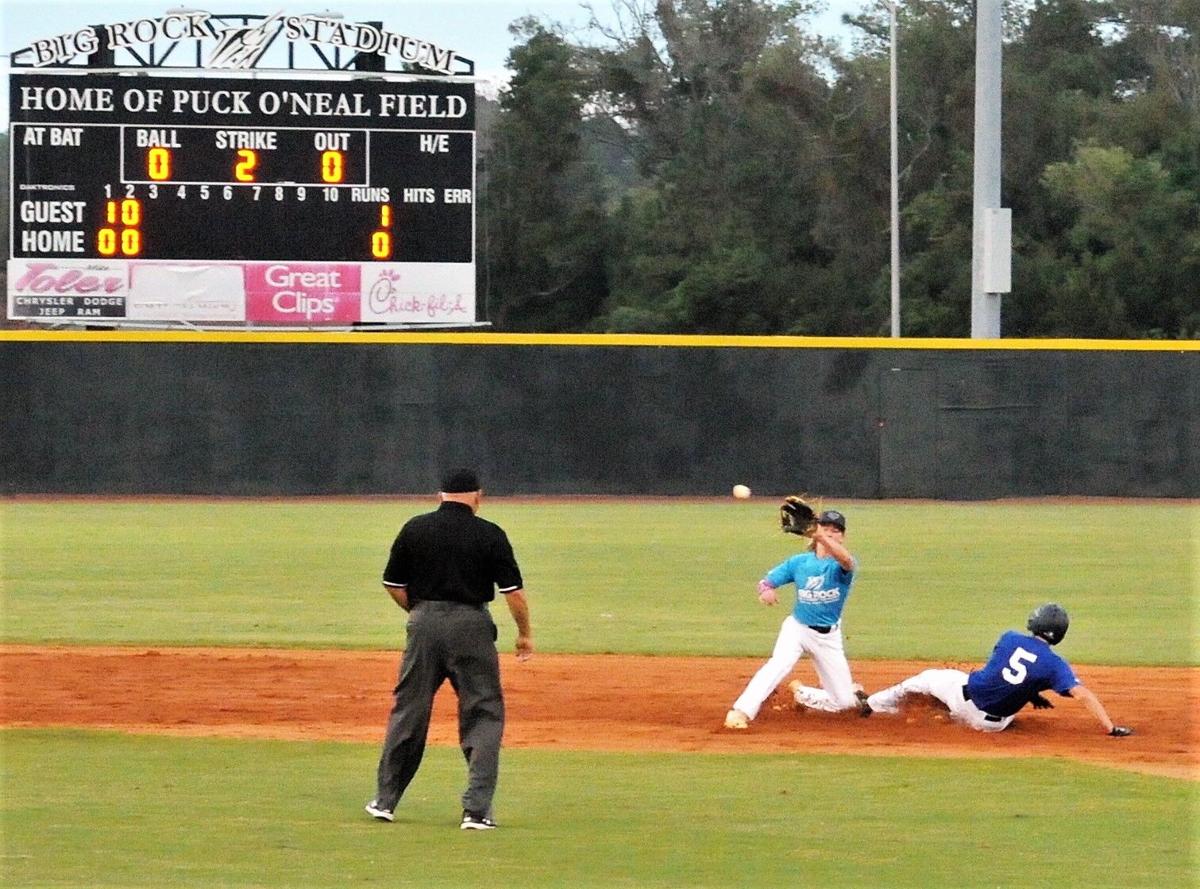 Matthew Lasater beats the throw to second baseman Landon Mills on a steal attempt in the top of the third inning. (J.J. Smith photo)

Matthew Lasater beats the throw to second baseman Landon Mills on a steal attempt in the top of the third inning. (J.J. Smith photo)

MOREHEAD CITY — The Marlin Blue team put three runs on the board in the bottom of the sixth inning in the first game Monday night to cool off the Royal Blue squad in a 7-6 victory.

The Marlin Blues went to 2-2-1 after an 11-11 tie with the Red team in the nightcap, while the Royal Blues saw their three-game win streak come to an end and fall to 3-2 in the Big Rock Fall Baseball League.

Trailing 5-4 going into the bottom of the sixth, the Marlin Blues tied it on a Tyler DeLuzio RBI single and took the lead on a wild pitch. Rylan Howell gave the team an important insurance run with an RBI single to make it 7-5.

“The kids did a great job of battling back after getting down early,” Marlin Blue coach Buddy Bengel said. “Our kids kept scrapping and scrapping. We had a couple of errors early but caught a couple of breaks late, and it ended up working out well for us.”

There were plenty of errors to go round with both teams committing three.

Adam McIntosh scored the first run of the game in the first inning on an error to give the Royals a 1-0 lead and his team then went up 3-0 on a Gage Bohmuller double in the third.

The Marlin Blues answered with a three-spot in the bottom of the third to knot it up at 3-3 thanks to two Royals miscues and a Thomas Wallace RBI single.

“You make two errors in the one inning, and its five outs you have to make instead of three,” Lasater said. “We made error after error. You give people that many chances, eventually they are going to score.”

Bryson Willis drove home McIntosh in the fifth, and Brandon Conway then drove in Willis to give the Royals a 5-3 advantage.

Connor McLeod cut the deficit in half for the Marlin Blues in the bottom of the fifth with a single that pushed Landon Mills across the plate before the big rally in the sixth.

“The guys kept playing,” Bengels said. “I think this sport teaches you so much like not giving up.”

Mills led the Marlin Blues, going 3-for-4 with two RBIs and a run. Mason Rose and Howell each had two hits.

Conway had the only multiple hit game for the Royal Blues, going 2-for-3.