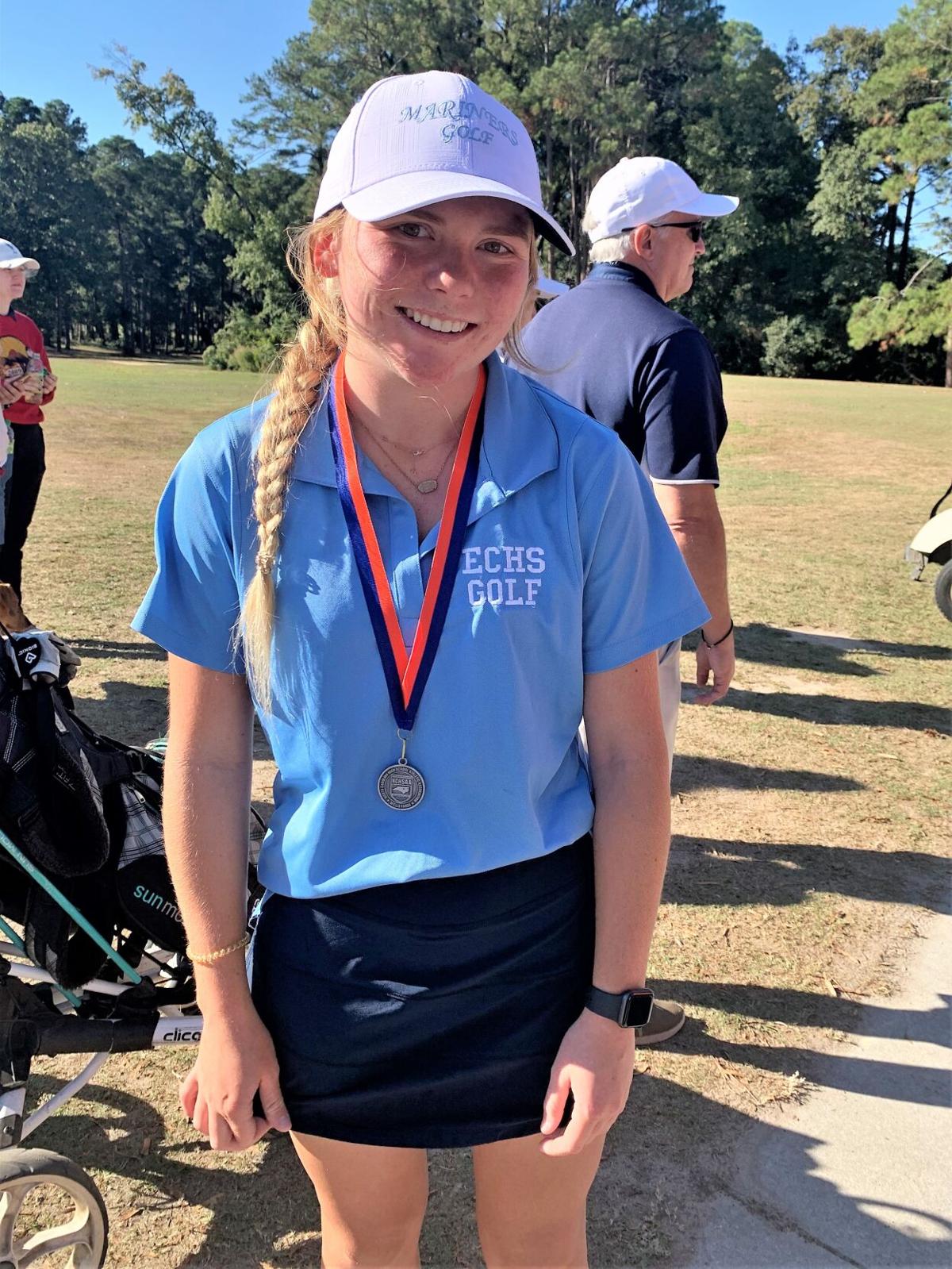 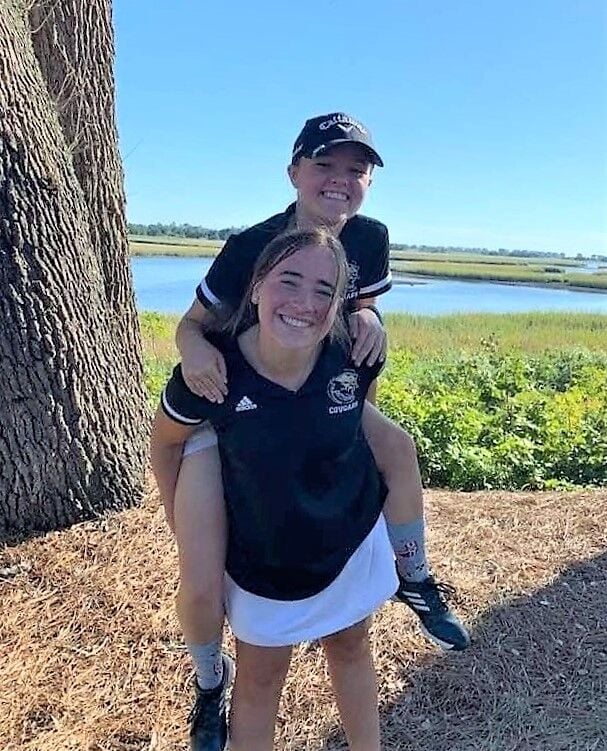 Croatan’s Nicole Hassi, top, and Parker Marion each qualifies for the 3A state tournament. Hassi shoots 98 at the Lockwood Folly Golf Course to finish 15th, while Marion ties for 19th with a 102. (Contributed photo)

Croatan’s Nicole Hassi, top, and Parker Marion each qualifies for the 3A state tournament. Hassi shoots 98 at the Lockwood Folly Golf Course to finish 15th, while Marion ties for 19th with a 102. (Contributed photo)

East Carteret’s Jenna Rutledge shot an 81 on Monday to finish as the runner-up at the 1A/2A East regional.

The senior established a career high for a regional finish following a third-place standing last year. Rutledge qualified for the state tournament for the fourth straight season – she is the lone East golfer to ever qualify – after taking seventh and fifth in her first two campaigns.

She tied for third at last season’s 1A/2A state tournament.

Raleigh Charter’s Lily Rowe took first in the 45-golfer regional at the Goldsboro Municipal Golf Course with a 72.

Raleigh Charter won the team portion by shooting 40-over par. N.C. School of Science and Math was the runner-up at 62-over, and East Wake Academy edged Franklin Academy by two shots with an 87-over par score to grab the third and final state qualifying spot.

Two Croatan golfers advanced to the 3A state tournament after reaching qualifying scores on Tuesday.

Nicole Hassi took 15th in the 53-golfer match at Lockwood Folly Golf Course with a 98. Parker Marion tied for 19th with a 102.

Natalia Melbard tied for 25th and missed the cut by one shot with a 108.

South Brunswick’s Jillian Fatkin won the regional with a 77, followed by Fike’s Bree Council with 78 and Jacksonville’s Sanna Carter with 79.

Croatan missed qualifying as a team by eight shots after shooting 92-over par. South Central grabbed the third and final spot with an 84-over.

Fike won the match at 52-over, followed by Cape Fear at 82-over.

The state tournament will take place Monday and Tuesday with 1A/2A held at Longleaf Golf and Family Club and 3A held at Foxfire (Grey) Resort.