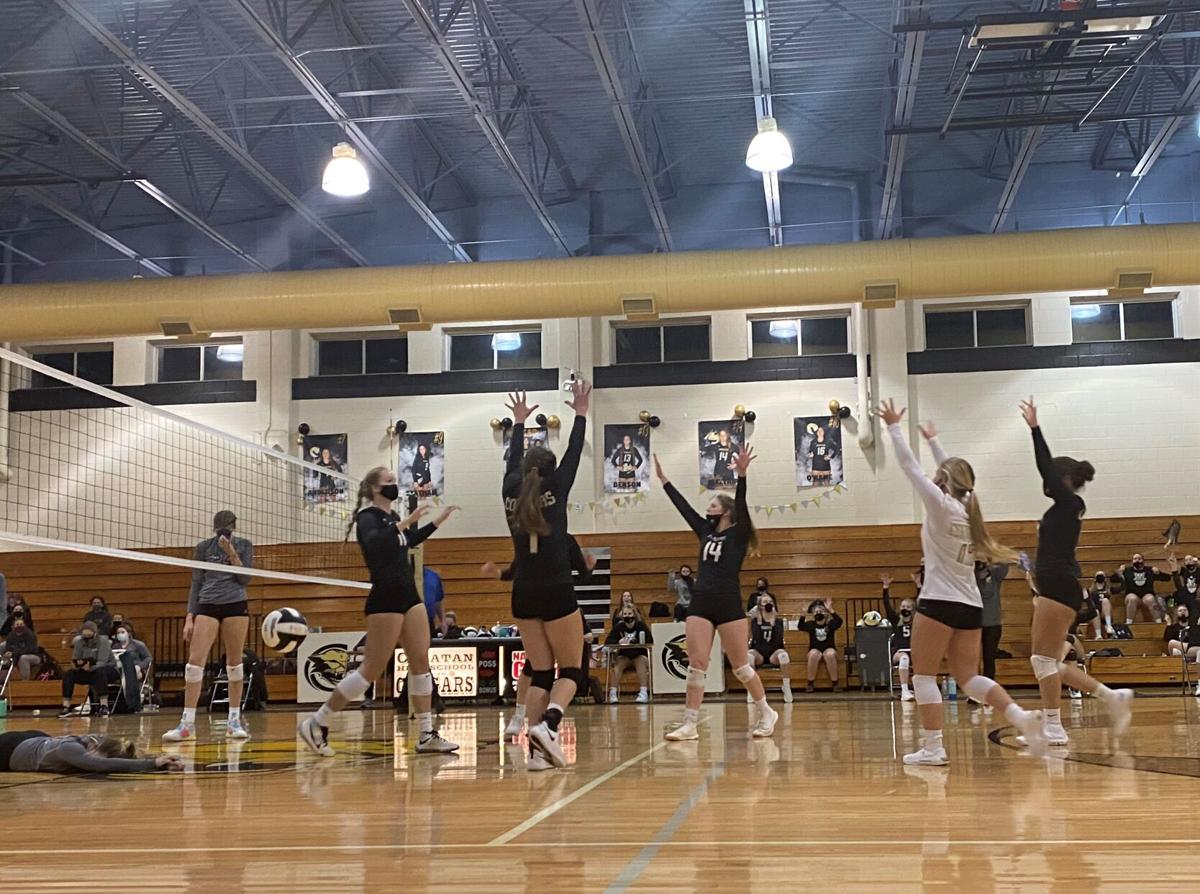 The Cougars celebrate a point during the 3-0 win over Dixon Tuesday. They capped a perfect regular season with 11 wins and no sets lost. (Zack Nally photo) 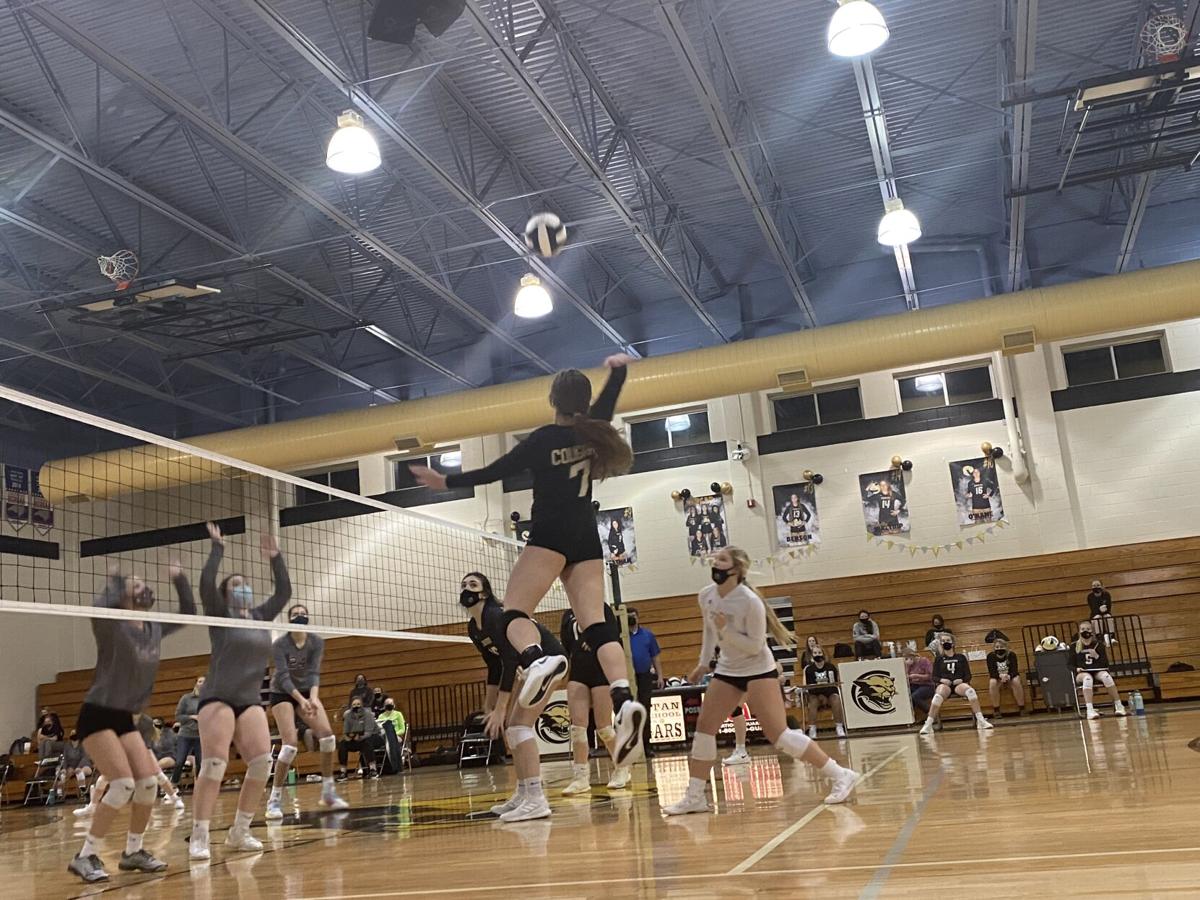 Croatan’s Savannah Anderson winds up for a kill Tuesday in the 3-0 victory over Dixon. (Zack Nally photo)

The Cougars celebrate a point during the 3-0 win over Dixon Tuesday. They capped a perfect regular season with 11 wins and no sets lost. (Zack Nally photo)

Croatan’s Savannah Anderson winds up for a kill Tuesday in the 3-0 victory over Dixon. (Zack Nally photo)

OCEAN — Croatan’s undefeated run through an unusual volleyball season got a proper sending-off Tuesday at home against Dixon.

Celebrating Senior Night after a 3-0 trouncing of the visiting Bulldogs, the Cougars were proud owners of an 11-win season without a single set lost. It’s little surprise for a program with 36 straight 1A/2A Coastal 8 Conference victories, the last 23 without a set loss.

As winners of the Coastal 8, Croatan is a lock to reach the 2A state playoffs with seedings to be released Saturday. However, a thinned playoff field due to the COVID-19 pandemic doesn’t guarantee a home match.

With that in mind, head coach Lindsey Gurley wanted to treat her team to a special Senior Night. Players marched through the gym with their parents to the song of their choice, their accolades announced by principal Kay Zimarino, culminating in a video of the various seniors between their younger years and their final one at Croatan.

“I’m so proud of these girls,” Gurley said. “We weren’t perfect on the floor, but on paper, they had a perfect regular season. They’re proud of that too.”

“That was a great game,” Waltrip said. “We were on fire. I’m glad we got to finish without a loss, and I’m grateful we got to play. I’ve been playing volleyball with these girls since I was in sixth grade. It was really nice to end it with them, and we got more time with each other than expected.”

The ceremony followed a trouncing of Dixon, a 25-17, 25-6, 25-6 win that cemented Croatan’s spot atop the conference standings. East Carteret also finished undefeated at 6-0 but missed both games against Croatan, among others, due to a pair of COVID-19 positive tests that required two quarantine periods.

Croatan also had a positive test, but it came just before the scheduled holiday break. The Cougars only missed one game as a result, a match at Southwest Onslow, in addition to the East matches.

Back-breaking scoring runs cleared the way for the Cougars’ final win of the regular season. A 10-10 tie melted away in the first set with a 14-1 run by the Cougars. Croatan held a slim 9-6 lead in the second set before slamming the door closed on the visitors with 16 straight points, and then opened set three with 11 straight points to take the wind out of the Bulldogs’ sails.

“I loved that they got better each set,” Gurley said. “I’ve told them every match, I don’t care what the score is, keep pushing. I don’t ever want us to get too comfortable.”

Dixon briefly made things uncomfortable in the tail end of the opening set, stopping a nine-point run cold with a six-point run of its own. Bulldog senior Ryleigh Whitekettle, at 6-5, had her way with two kills, but the other four came from over-zealous kill attempts from the Cougars. Devon Statham brought the set to a close with a kill for the final point.