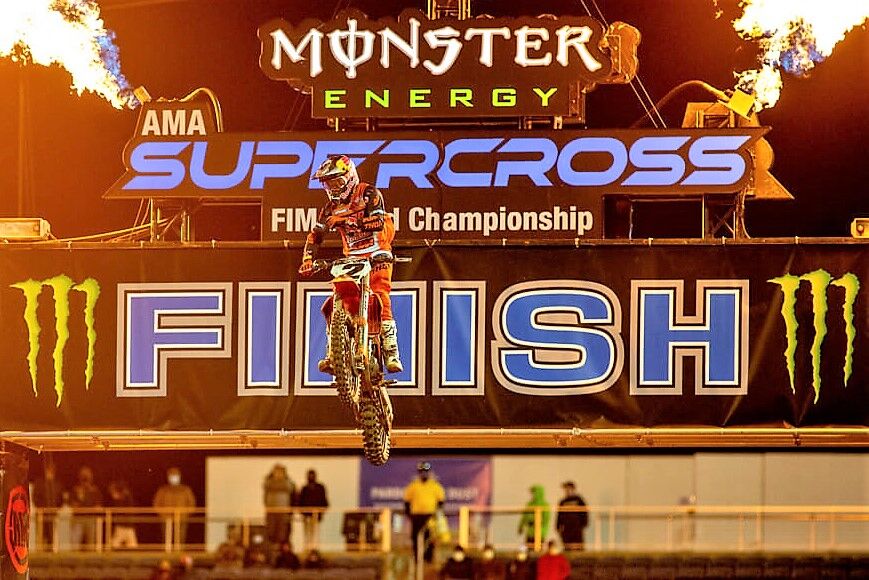 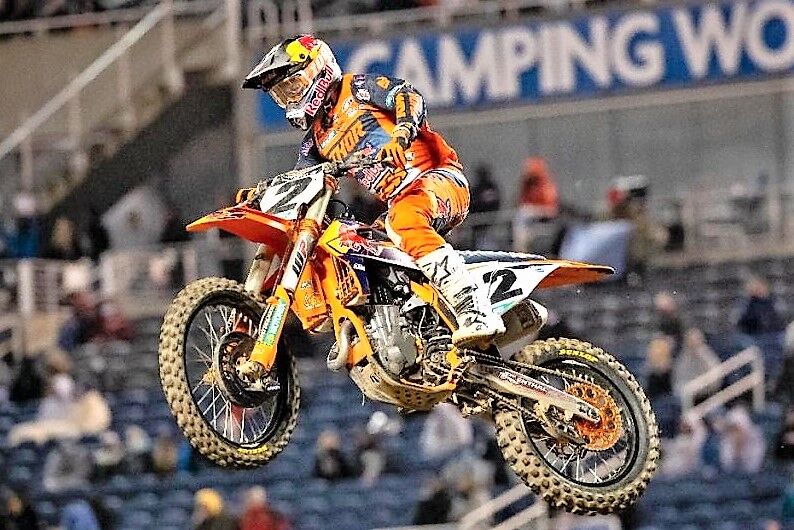 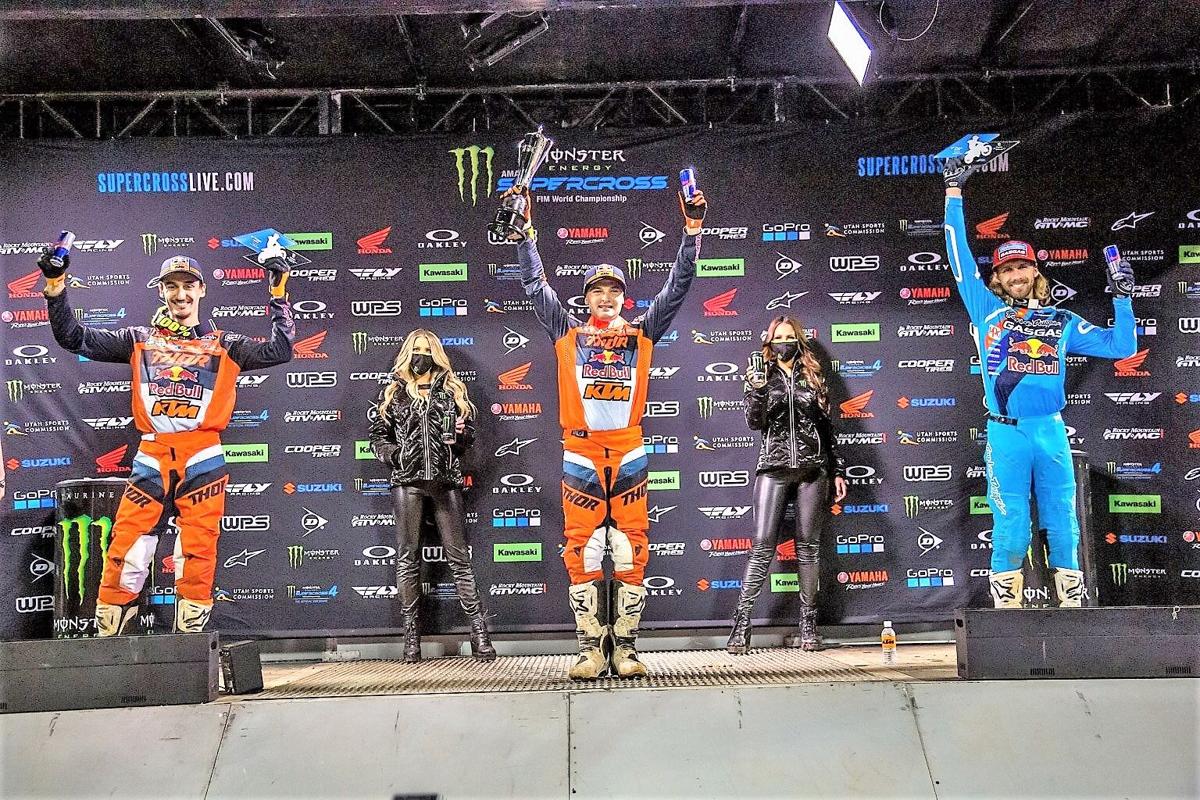 ORLANDO, Fla. — A trip to Florida seems to have done Cooper Webb good.

The county native trailed Ken Roczen by 16 points after Roczen swept a three-race run at Indianapolis.

The Monster Energy AMA Supercross season then moved to Orlando, Fla. for the eighth round, and Webb felt comfortable at the state he now calls home, taking back-to-back wins to pull within six points in the season points standings.

“This one is huge,” Webb said from the top spot of the podium. “Back-to-back wins is amazing … to be in Orlando. I guess this is my new spot. Start to finish, I felt like I was in my comfort zone, just clicking laps away.”

Roczen now leads the series with 180 points, followed by Webb with 174. Eli Tomac is third with 149.

Most of Webb’s deficit was built in the first race of the season when he finished ninth in the opening round at Houston. Since then, he has placed in the top five with a worst result of fourth in seven straight races and has earned five podium finishes in his last six races.

Roczen has also been strong with a worst finish of fifth through eight rounds. He took fourth at Orlando.

The season hits the halfway mark, and riders will now take a week off before heading down the road to Daytona International Speedway for the annual race on the track’s famed front stretch.

The ninth round will air at 7 p.m. on Saturday, March 6 on NBC Sports Network.

Webb’s charge from eighth at the holeshot stripe in the eighth round to leading the race in less than nine minutes demonstrated the speed and aggression of which he’s capable.

The last time he strung together two wins in a row was 2019, the year he won the 450SX title. He was the runner-up last season in the premier class.

Roczen fell back as far as 17th after getting pinched out of the gate. He lost 10 seconds to the early leader, Adam Cianciarulo, but maintained that relative spot on the track. As Webb and Red Bull KTM Factory Racing teammate Marvin Musquin settled into a comfortable rhythm, Roczen charged through the field and wound up seven seconds back in fourth.

It was enough to allow Webb to cut Roczen’s lead in half from six to three, but it could have been much worse for Roczen.

It was another disappointing night for Cianciarulo and another missed opportunity.

Cianciarulo grabbed the early lead with a two-second advantage over Webb. When Webb caught his old amateur rival, Cianciarulo seemed comfortable in the runner-up position until he got a bad launch off a jump and endoed.

Cianciarulo retired early and finished 21st, which dropped him from fourth to eighth in the championship standings with 120 points.