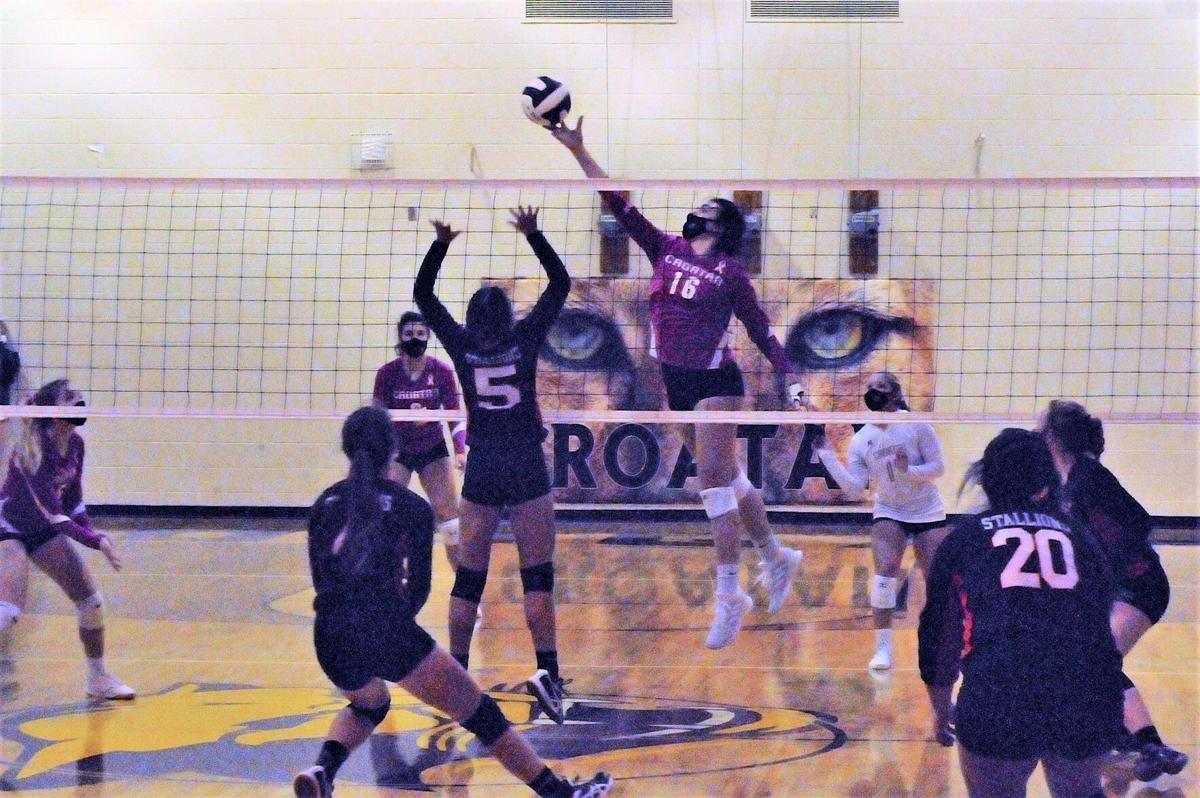 Olivia O’Kane reaches out for a soft touch over the net Friday night in the 3-0 win over Lejeune. (J.J. Smith photo) 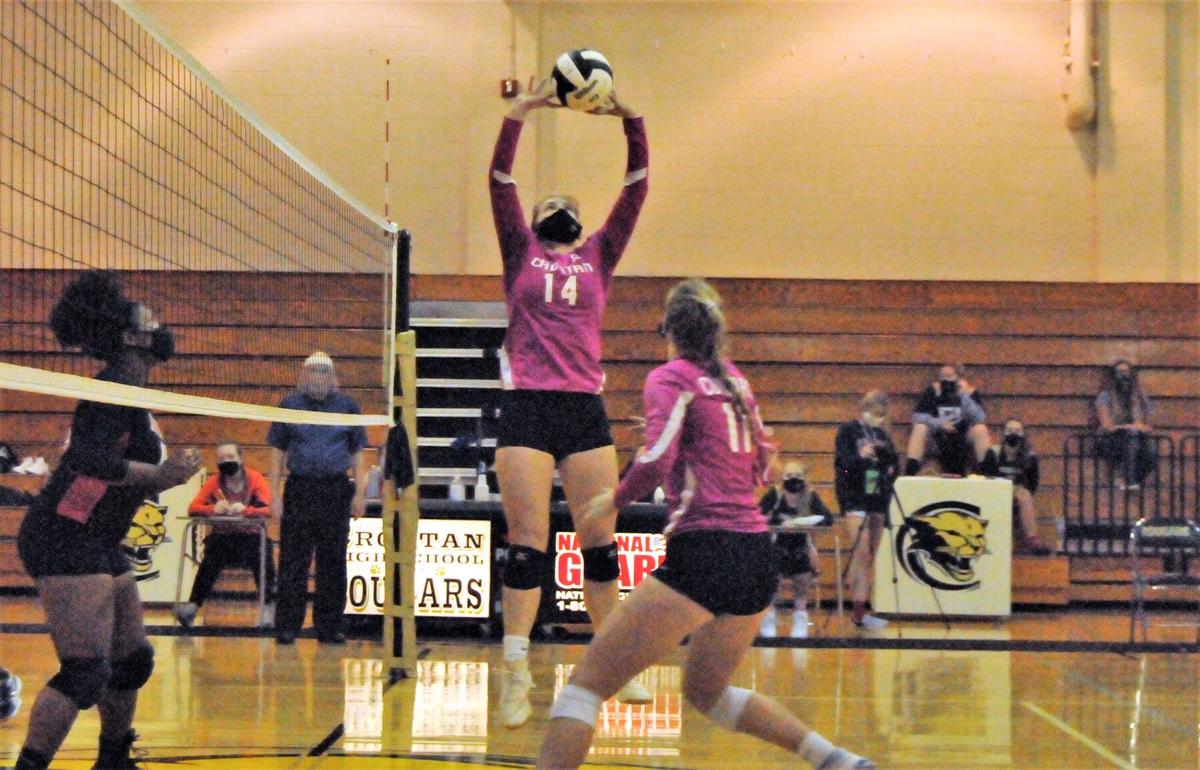 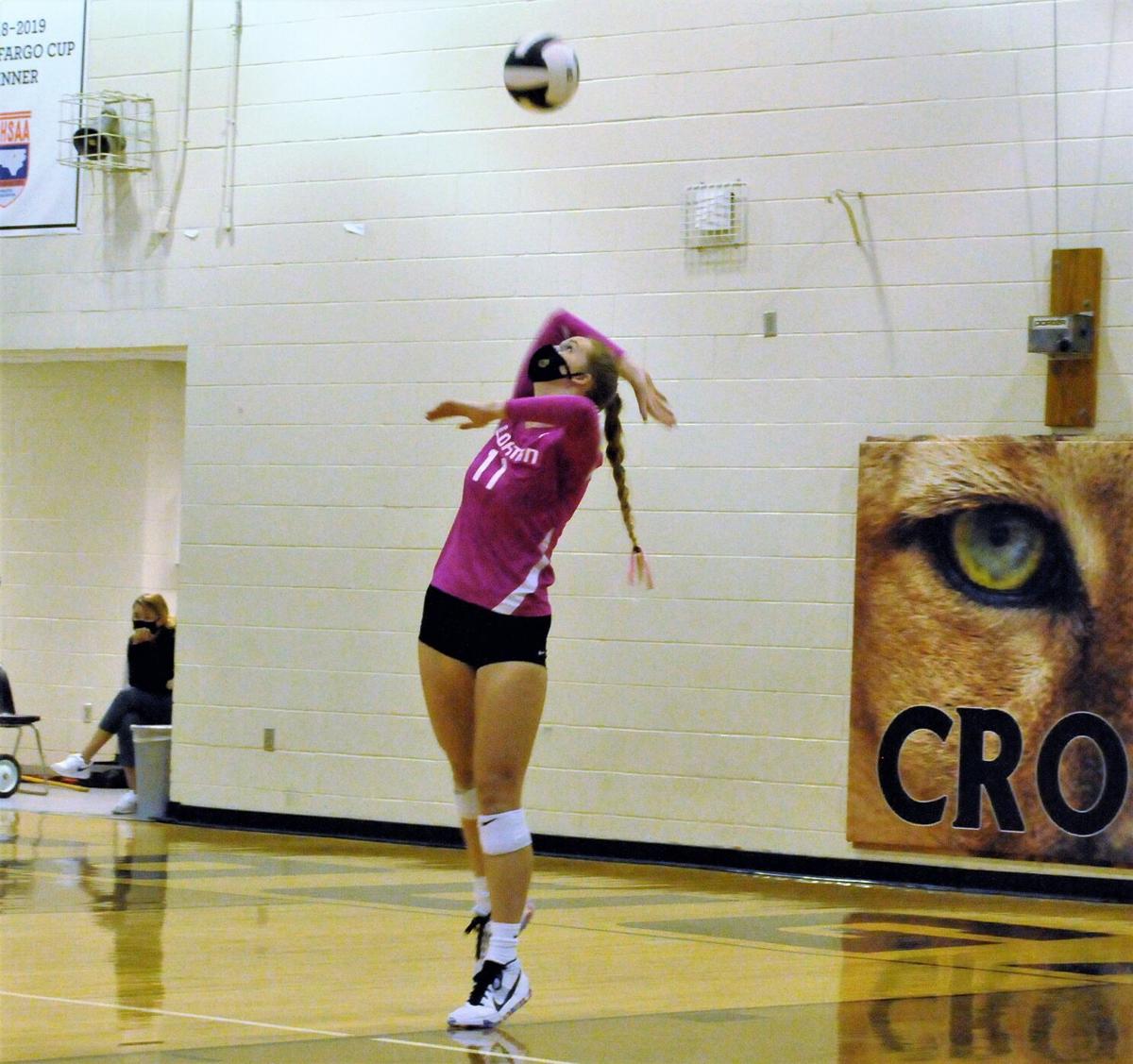 Olivia O’Kane reaches out for a soft touch over the net Friday night in the 3-0 win over Lejeune. (J.J. Smith photo)

OCEAN — While the rest of the world seems upside down, things remain the same for volleyball in the 1A/2A Coastal 8 Conference. Croatan continues to cruise despite the coronavirus pandemic upsetting everything else.

“I don’t like those situations,” Croatan coach Lindsey Gurley said of the competitive third set.

You’d have to forgive Gurley for not wanting to see a fourth set – she hasn’t seen many in conference.

Croatan, which will play all 14 of its allowable regular season games this season in the Coastal 8, has been dominant in league play for more than two years, taking 23 of the 27 matches during the winning streak by straight sets, including a 25-7, 25-5, 25-12 triumph over Lejeune on Tuesday in the season opener.

“But when I told them to handle it, they did that, and so that makes me feel good,” Gurley said. “I just think they wanted to keep playing and make the game go longer on a Friday night.”

Her team appeared on its way to claiming as comfortable a win in the third set as it did in the first two, winning the first by 10 points and the second by eight.

The Cougars jumped out to a 9-2 lead in the third, thanks to Molly Butler’s five service points and two aces.

Olivia O’Kane’s kill snapped a four-point run by the Stallions to make it 13-10, and after another Southwest Onslow point, she spiked another kill to make it 14-12 in the suddenly tight set.

After waiting three months for the delayed season, the senior was just happy to be on the court.

The Stallions stayed within three points for the remainder of the match and even took a lead at 20-19 before Devon Statham tied it up with a kill, and O’Kane regained the lead for her team with a kill to make it 21-19.

Southwest Onslow then scored back-to-back points to again take a one-point lead at 22-21 before O’Kane sparked a four-point run for Croatan with Madi Mitchell serving out the set and the match.

“The girls really enjoy playing, and I feel like we are so tight and such a good family, it’s an easy game most of the time because we all cooperate and work together,” O’Kane said.

After starting the season with two home games, the Cougars will hit the road to battle fellow undefeated teams, traveling Monday to Dixon (2-0) and Tuesday to Trask (2-0).

“It’s nice to open up that way (with wins),” Gurley said. “We travel Monday and Tuesday, and I want to take the momentum of this week into next week.”