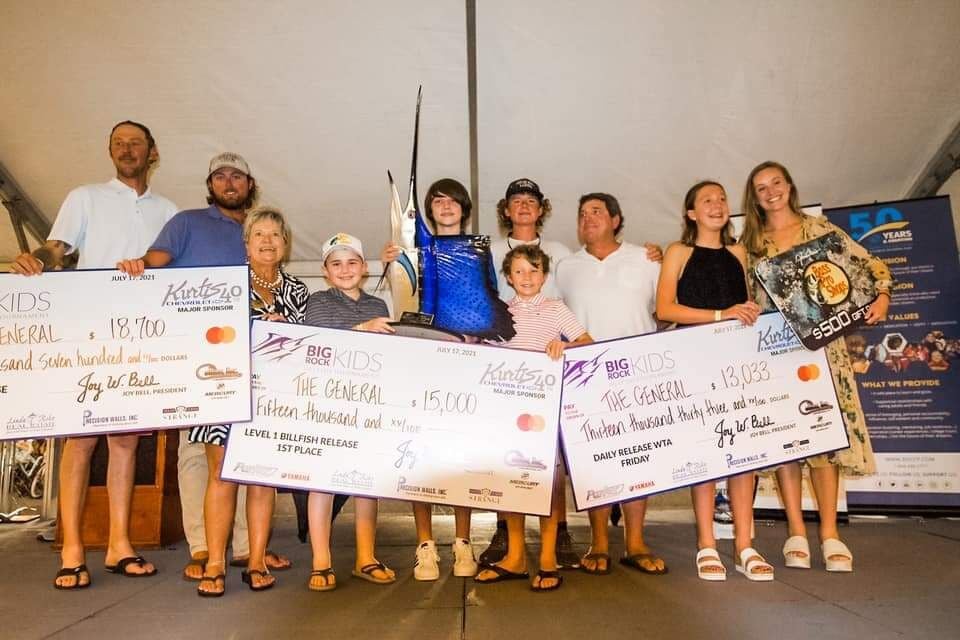 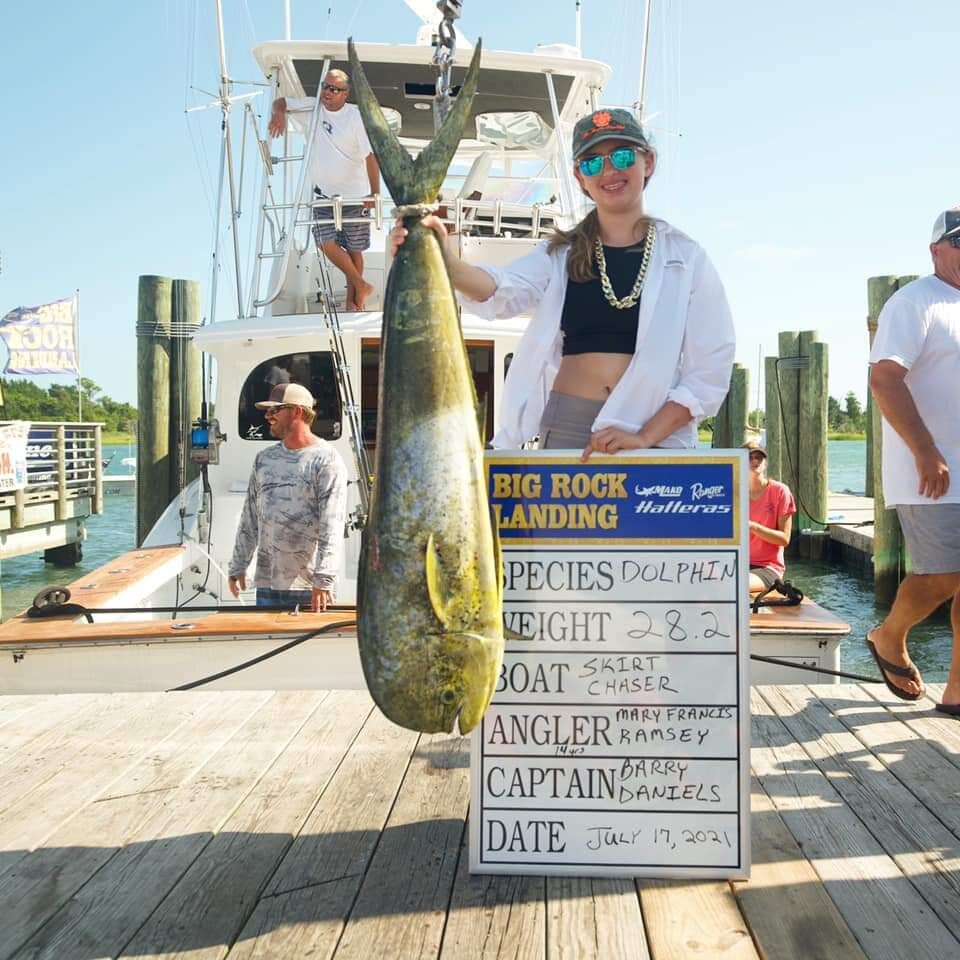 MOREHEAD CITY — The General of Morehead City captured the win at the first-ever Big Rock Kids Tournament on Saturday.

The Wade Fickling-captained boat scored 1,050 points for the release of seven sailfish, all of which came on Friday during a frenzied six hours of offshore action.

“We just played the hand we were dealt,” Fickling said. “(Sailfish were) what was around. We were fishing in a shallow spot, about 130-150 feet, in a place where I felt like we could get the most points for billfish releases. Fortunately, the seven was enough.”

The General’s win was appropriate considering the 55-foot BC was the last boat to win the Boys & Girls of the Coastal Plain Billfish Classic, the tournament replaced by the Big Rock Kids Tournament.

In keeping with the spirit of the kid-favorable competition, all seven of the sailfish The General released came from a junior angler. Gray Fickling, 12, released three, while 14-year-old Will Hanley and 8-year-old Rory Hanley released two apiece.

The boat made its first release at 8:19 a.m., just after lines went into the water. Its last release came at 1:56 p.m. before un-hooked lines came out.

“It was a pretty steady day,” Fickling said. “We got our first bite about five minutes after lines in, and it just kept coming. I think if we didn’t get that first release so early, we may have moved on to a different spot.”

The weigh station for gamefish and the awards ceremony all took place at Big Rock Landing on the waterfront. The General went home with a payout worth $46,733.

Skirt Chaser of Oregon Inlet, however, had the biggest payday, going home with $49,043 for second place in the release category for 600 points and first in the heaviest dolphin category. Junior Angler Mary Francis Ramsey, who also released three sailfish to win the junior angler girl division, boated a 28.2-pound dolphin to win the category.

In the dolphin category, Jupiter 34 placed second with a 24.9-pound catch reeled in by Parker Gupton, while Inspiration placed third with a 22.2-pounder from Trey Black.

Adios won the wahoo category with a 34.7-pound fish reeled in by Olivia Blount.

Wendy Farrior of Job Site was the top lady angler with 250 points for the release of two sailfish.

Charlie Ellington of Reel Country was the top junior angler boy with 450 points for the release of three sailfish.

Junior anglers dominated the tournament, with all but one billfish release being made by an angler 16 years old or younger. The tournament also gave young anglers a competitive advantage with a 25-point bump on the 400 points awarded for blue marlin and 125 for all other billfish species.

“I was a little nervous when it went from being a charity-only tournament to putting money in it,” Fickling said. “I wasn’t sure if it would still be kid-centric, if adults wouldn’t be shoving kids out of the way so to speak to get a better payday opportunity. But I was really pleased to see that pretty much every boat had a kid angler doing the work. That’s what you want to see, in sticking with the spirit of the tournament.”

The month of July belongs to Fickling in terms of competitive fishing. The General won the Boys & Girls Billfish Classic last year and heads into this weekend’s Ducks Unlimited “Band the Billfish” Tournament with three straight wins under his belt. What’s more is, the captain has often had junior anglers in play for those wins.

“I would just as soon take kids out fishing over adults,” he said. “Kids will listen to you no matter what, usually. You’re trying to bring the next generation up and teach the morality and sportsmanship side of it, anyway. There’s more to this than just fishing, and being out here is a great opportunity to get away from the tablets and the distractions and see the glory of offshore fishing.”

Fickling’s 9-year-old son, Thomas, was also on the boat during the competition, but only on Saturday. The time on the boat with his children is a highlight for Fickling who runs The General as a public charter boat.

“I have some of the best times with my children when they’re on the boat with me,” he said. “I get to share what I love, and it’s just us. I get a little more insight into their lives, and they get a little more insight into mine. Last weekend, I saw my daughter sitting at the helm and my son right next to her, and they’re both locked in watching for a bite on the teaser. It’s enough to bring a tear to your eye.”

Fickling was just a mate when his children were born but has since risen up the ranks. That growth is what drives him to keep leaving the house for work at 4:30 a.m. seven days a week.

“It’s good for them to see that hard work can pay off,” Fickling said. “There is a reward for that kind of dedication that goes beyond awards or prizes.”