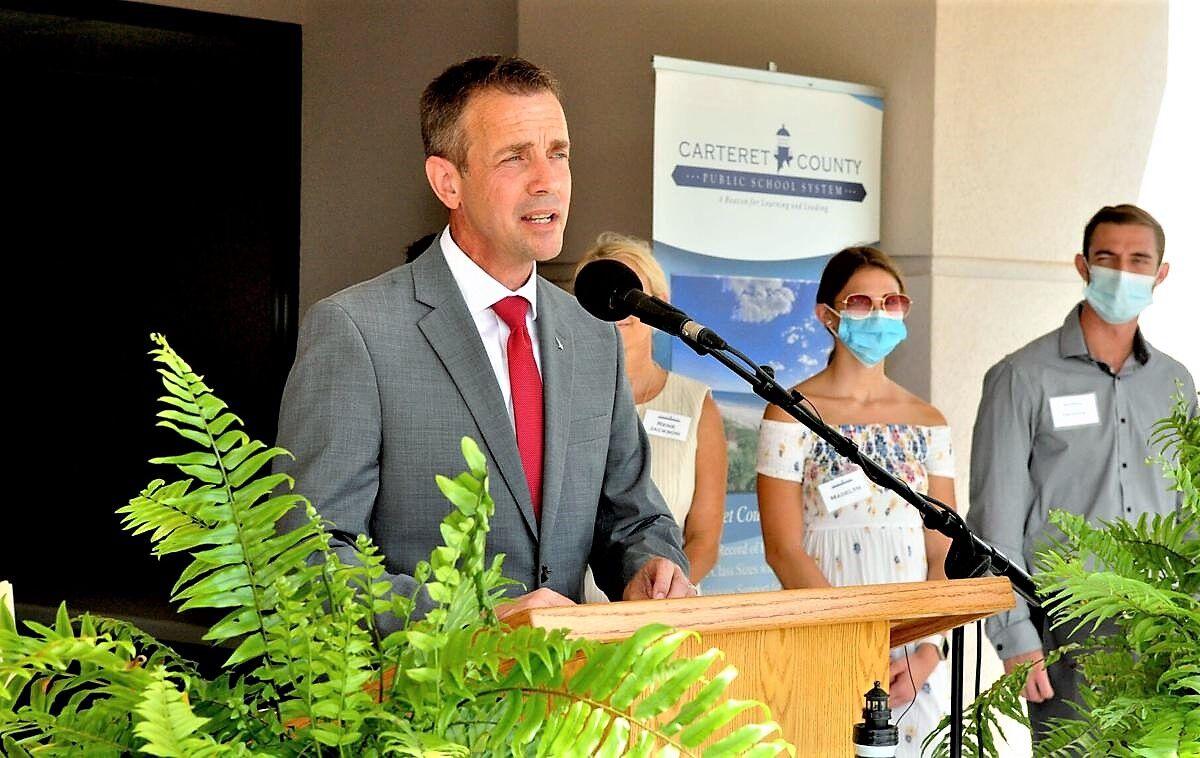 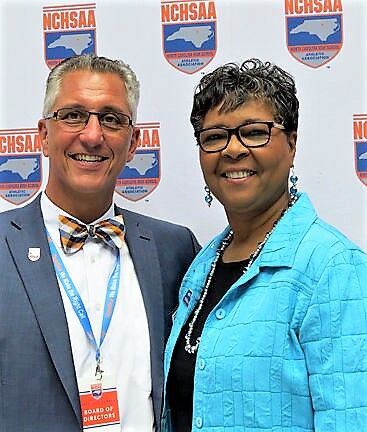 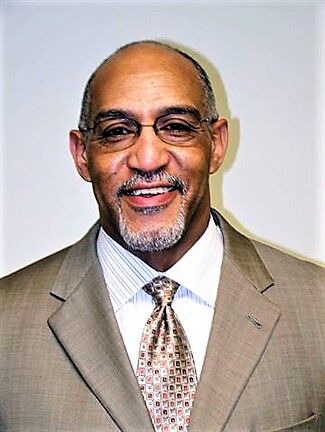 Carteret County Schools Superintendent Dr. Rob Jackson is the current vice president of the NCHSAA Board of Directors after serving four years on the board.

West Carteret Principal Joe Poletti spent seven years in the association, including four on the board, and one-year stints as vice president, president (2017-2018) and past president.

Former East Carteret Principal Ralph Holloway served in those same positions for the same length of time, including president in 2004-2005, but added one more year as past president when the person set to fill that position took a job in another state.

They have a unique view of the NCHSAA as it faces an unprecedented moment in its history.

Lawmakers are looking to dissolve the private, non-profit organization and create a new commission to administer high school athletics in the state.

It has $41 million in assets, it has levied $400,000 in fines to schools over the past five years, it has 43% more in assets then neighboring state associations, and it has provided only $40,500 in scholarships to 35 students in a year.

Each of the three county educators has plenty of experience and bona fides to speak with authority on the NCHSAA and the way it runs athletics in the state.

Holloway retired in 2011 after 36 years in education, including 10 at East Carteret. He coached for more than 15 years at Cummings and Kinston – he was a part of three state championships – and spent a dozen years as an athletic director at Kinston and West Carteret.

Poletti has spent 35 years in education, including time as an athletic director. He is the only person to serve as principal at all three county high schools – he spent six years at Croatan, two years at East Carteret and the past three at West Carteret.

Jackson, who has spent more than 25 years in education, was sworn in as the Carteret County superintendent this past school year.

Jackson, Poletti and Holloway each said they were a bit confused why the association is being criticized for having too much money.

“I could see if we were taking money from membership, from endowments, from the playoffs, and we still didn’t have anything to run the programs,” Holloway said. “That would be mismanagement, and you would need to blow it up, but we’re good. We’re not coming to the General Assembly and asking them for help. And so, because they think we’ve got too much money laying around, they’re going to take that and move forward?”

The local educators described their surprise at the lawmakers’ attack on what they called the organization’s careful, conservative stewardship.

“You would think that would be valued,” Jackson said. “Nobody is absconding with the money. It is well vetted. We can’t find any evidence of financial wrongdoing. In fact, it’s just the opposite. We’re doing a good job of funding. It’s ironic this is being used against us.”

The NCHSAA has emphasized that while it has $41 million in assets, it doesn’t mean that money is sitting in a bank account.

Based on its most recent financial audit from June 2020, a total of $15.8 million exists in restricted endowment funds.

“We can only fund activities and programs from the interest earned on our investments,” Poletti said. “It comes off the top. And donors of that money specify how we can spend it. We can’t touch the principal. To address the principal, we would have to change our bylaws.”

There is $10.7 million in board designated money, funded through $1 ticket surcharges at playoff games, 25% of gate receipts from endowment games and interest earned from principal funds.

The playoff game ticket surcharge and endowment games have been suspended indefinitely.

Jackson served on the subcommittee that created a formula to allocate money to schools during the pandemic. The association provided $4 million in relief to members with each of the county schools receiving more than $10,000.

“Decades ago, our board foresaw a time when the association might need to help member schools,” Jackson said. “They couldn’t have foreseen a pandemic, but it is a perfect example of why that was put in place so many years ago. They thought a rainy day may come. We had a rainy day, the funds were there, and they were used. I think they did a great job of preparing for the future.”

On Wednesday evening, NCHSAA Assistant Commissioner Trae Waters tweeted that the association has given close to $17 million to member schools over the past 11 years.

In April, lawmakers held a hearing on oversight of the NCHSAA. At that time, they voted to launch an investigation into the association and paired the effort with a bill that would have required the organization’s finances to be audited by the Office of the State Auditor.

“We’ve had auditing done by professionals, and we’ve always had a clean sheet,” Poletti said. “I get it, it’s an awful lot of money, but we’ve had some of the most high-profile accounting firms in the state look at us. We haven’t just sat on the money, we’ve invested it and invested it wisely. It feels like we’re getting punished for being successful.”

In order to address the problem of fines, the new commission would be prohibited from fining schools for rules violations and instead would create a demerit system.

Poletti explained that while fines are not always popular, they are necessary.

“We’ve had to pay fines here, but if you don’t want to pay fines, don’t do the crime,” he said. “The fines can be high, but schools can pay them in a timely manner. If you’re fined because your coach didn’t go to the rules clinic, I’m sorry, but you have to pay the fine, You have to have accountability, and money is a great accountability factor.”

The bill calls for a split structure in which the newly created North Carolina Interscholastic Athletics Commission would be tasked with officiating, sportsmanship and scheduling games, and the State Board of Education would oversee student eligibility and health and safety issues.

The NCHSAA would continue to oversee high school athletics for the 2021-22 school year, but the commission rules would be adopted by Feb. 15, 2022, and the commission would go into effect in 2022-2023.

Local educators can’t fathom how the commission would be prepared to take over in a year’s time.

“When I think about all the complexity, the recruiting, training and assigning officials through the bookers, providing rules and regulations for all of the sports, training for coaches, following health protocols – concussions, heat stroke, body mass index – this is crucial stuff,” Jackson said. “You’ve got conferences, realignment, relationships with state championship venues. It truly is mind-boggling, all that goes on behind the scenes to manage everything. We know how it works because we’ve been doing it forever. And they’re going to try and change everything in a year? It seems like a recipe for chaos.”

The NCHSAA, a 427-member organization, has administered high school sports in North Carolina since its founding in 1913.

If the bill is passed, the new commission would consist of 17 members made up of superintendents, principals, athletic directors and coaches who are full-time school employees. Nine of the members would be appointed by the governor, four by the Senate and four by the House of Representatives.

The proposed commission would have a similar makeup to the current NCHSAA Board of Directors, the difference being lawmakers would choose the representatives, not the school membership.

“When you’re appointing people, and you throw politics in, you’re going to get favoritism,” Holloway said. “The NCHSAA is a tried-and-true organization and has been for decades. I’ve been on the inside. I’ve seen how it’s done. I’ve seen the committees that have been formed to come up with decisions that affect the membership. It is really thought out, it’s a process. We didn’t do something because Charlie Adams told us to do it. That is not how it works. That is not how it works at all.”

While the NCHSAA has its detractors in the state legislature, it’s found defenders all over the state and nationwide this past week.

The N.C. Athletic Directors Association released a statement in support of the NCHSAA, and the N.C. Coaches Association unanimously passed a resolution supporting the NCHSAA.

The National Federation of State High School Associations also released a statement supporting the NCHSAA. The NFHS called the NCHSAA “one of the most respected associations” and lauded its innovative programming that has been emulated by other associations across the country.

In addition to organizations, rank-and-file members of the association have reached out to let the leaders and board know they are supported. An “I Stand with the NCHSAA” hashtag was widely shared across social media during the week.

Just another bid to be in control of most everything . Yeah , the money is a factor as well . The folks on Jones Street know best . Don’t they always ?