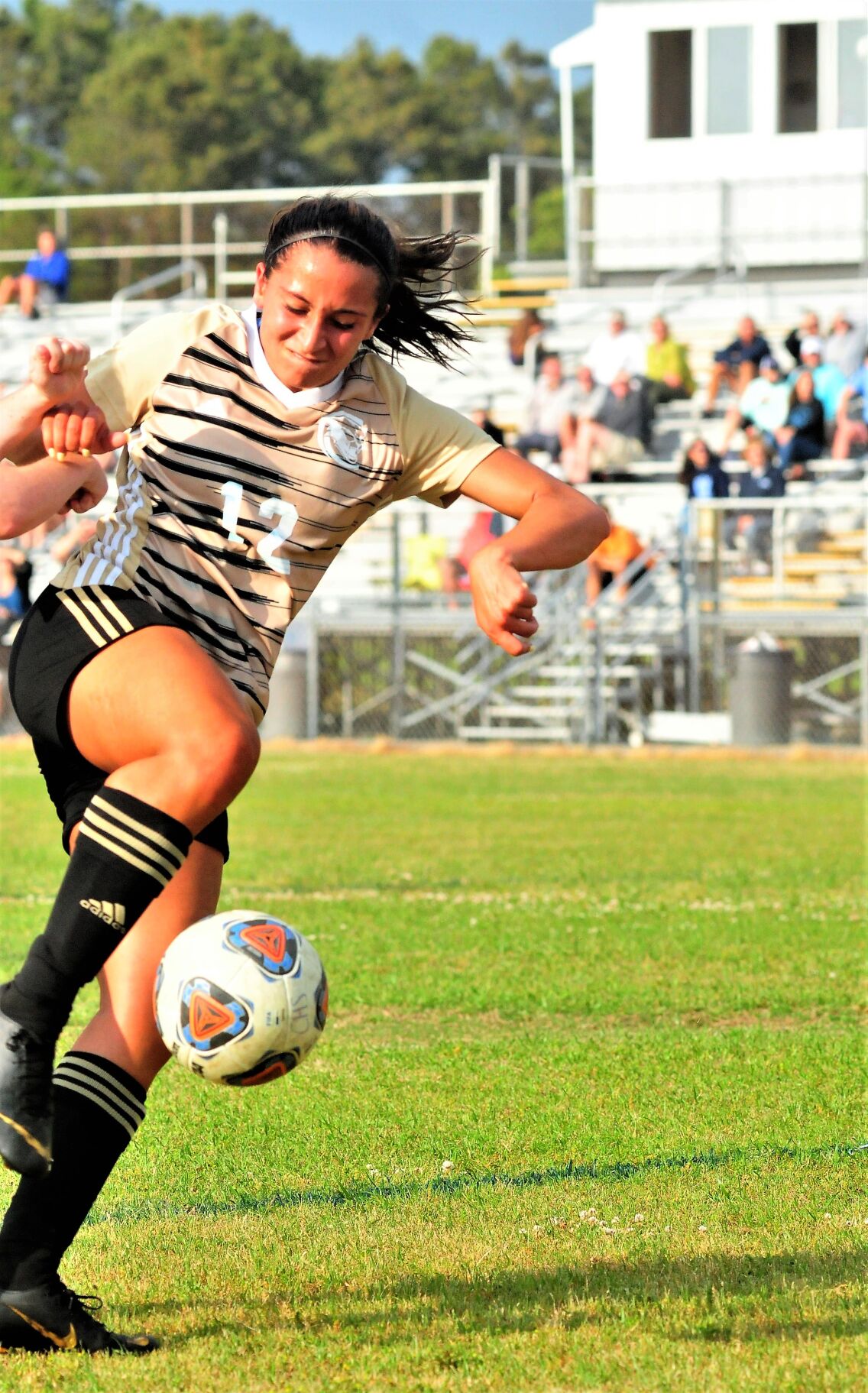 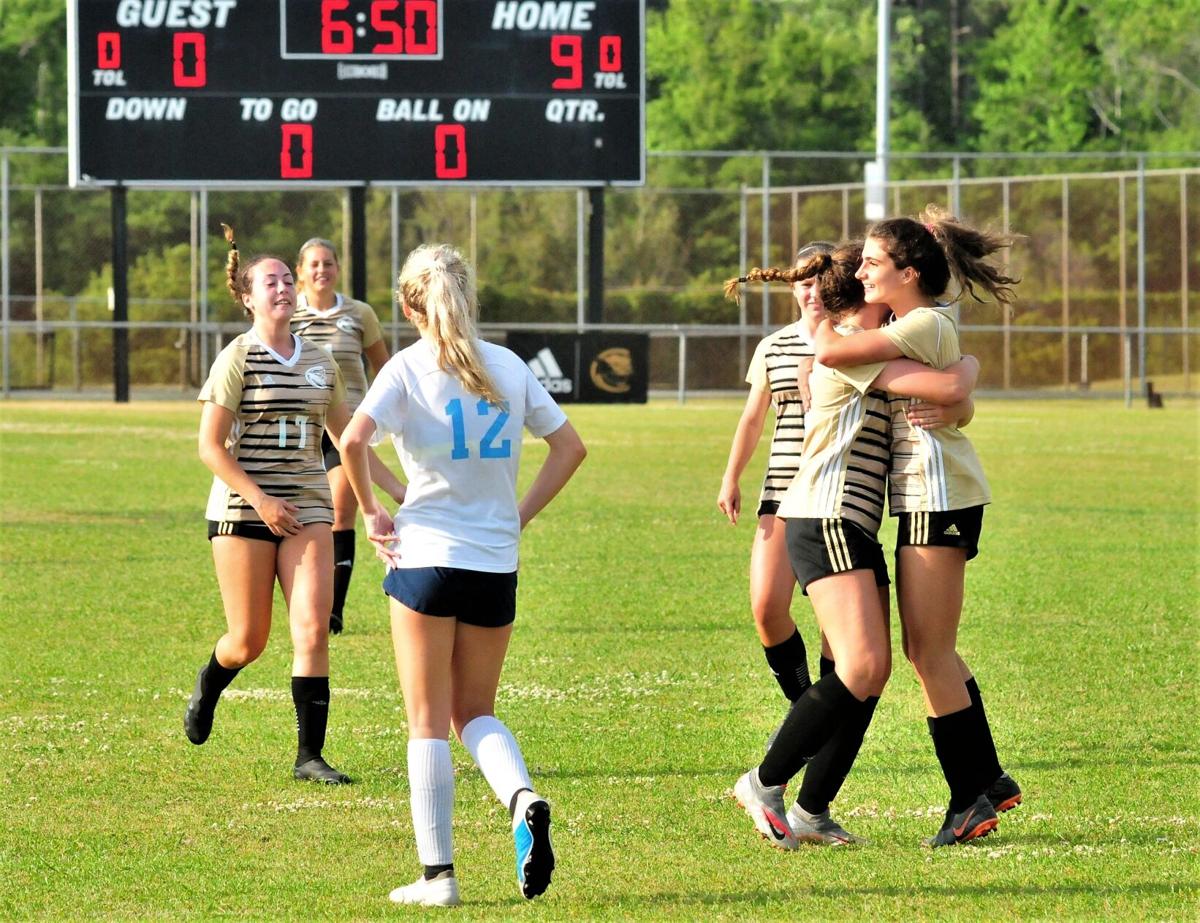 The Cougars celebrate Monday after beating Southwest Edgecombe 9-0 in the first round of the 2A state playoffs. (Zack Nally photo) 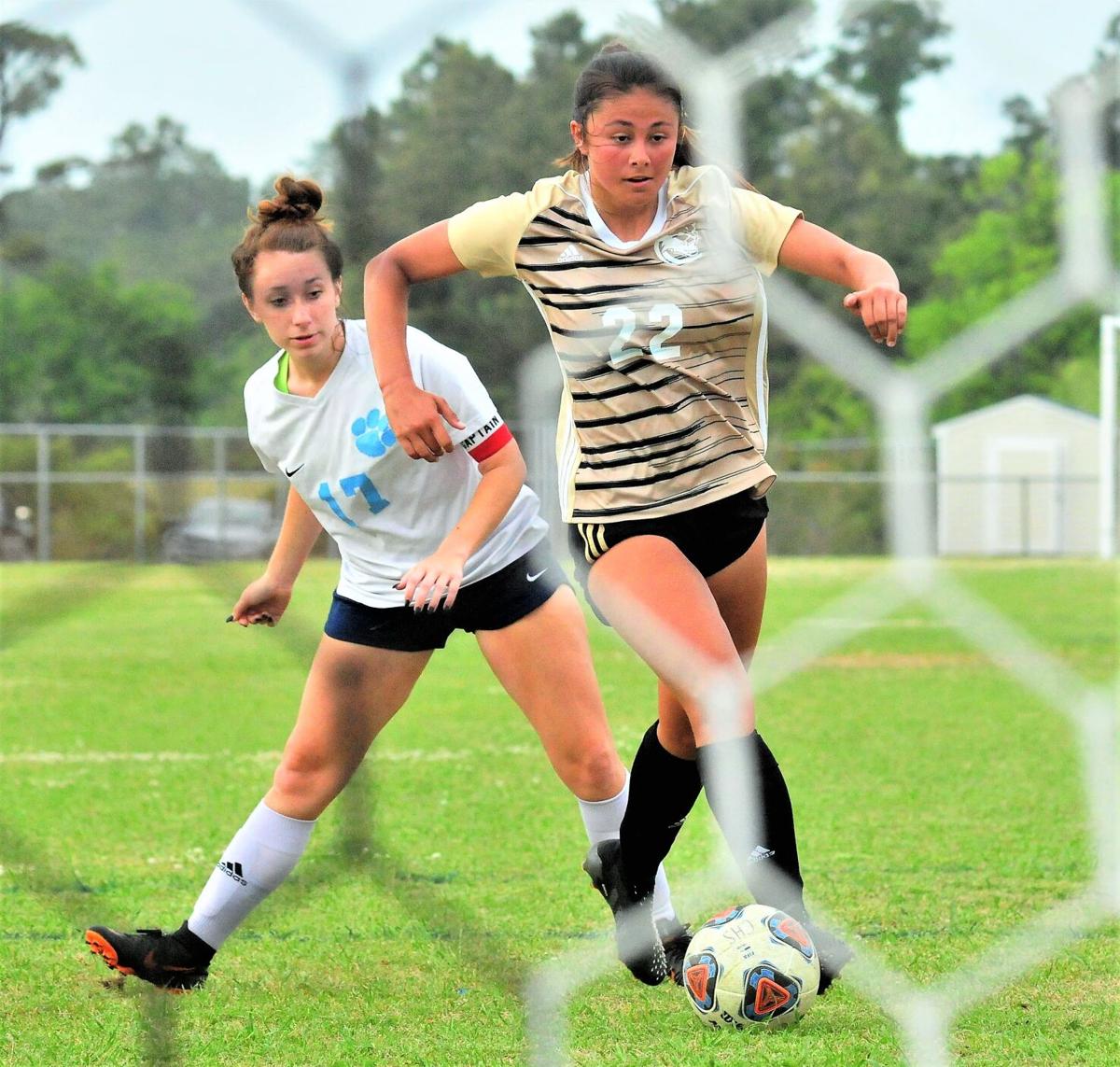 The Cougars celebrate Monday after beating Southwest Edgecombe 9-0 in the first round of the 2A state playoffs. (Zack Nally photo)

OCEAN — The Croatan girls soccer team wasted no time Monday dispatching Southwest Edgecombe 9-0 in the first round of the 2A state playoffs.

The Cougars (13-0-1) satisfied the nine-goal mercy rule with six minutes and change to spare in the first half. It marked their sixth mercy-rule win of the season.

“It’s good to come out and get a win in the playoffs, set a nice tone early,” Croatan coach Paul Slater said. “As packed as the schedule is, a short game is nice too. It keeps us fresh.”

The No. 2-seeded Cougars will move on to play No. 7 Wheatmore (11-0) on Wednesday. The Warriors defeated East Duplin 6-1 on Monday.

Croatan is slated to play at home for as long as it remains in the playoffs, at least until the state championship. No. 1 seed Roanoke Rapids was beaten by Richlands 3-2. It’s a far cry from the state champion boys team, which played on the road the first three rounds, winning by just one or two goals.

“It’s the total opposite,” Slater said. “But it’s still a playoff game, so there’s going to be nerves and stuff. They did a good job of keeping the pace of play up.”

The rest of the playoff picture bodes well for Croatan. It dominated the 1A/2A Coastal 8 Conference, which has three of the last eight teams left in the eastern region. Dixon (8-2-2) finished second in the conference and knocked off undefeated No. 3 First Flight in the first round, while third-place Richlands (10-3) also handed top-seeded Roanoke Rapids its first loss of the year.

If Croatan gets past Wheatmore, it’ll face either Dixon or the winner of the No. 6 Washington/No. 11 Clinton game. During the regular season, the Cougars beat Dixon 2-1 in the first match and tied the Bulldogs 0-0 in the second.

“If they come out the way they did tonight for the rest of the playoffs, we’ll be good,” Slater said.

Six Cougars scored goals, while Mckarem Rahman got a hat trick with three, giving her eight on the season. Logan Howard scored twice, while Cora Taylor and Gwen O’Brien each scored once and added two assists. Sidney Inscoe and Emma Brubaker scored a goal apiece, and Gentry Straub had one assist.

“I thought we played relatively well tonight,” Slater said. “There were some opportunities we could have put away, but their keeper had some good saves.”