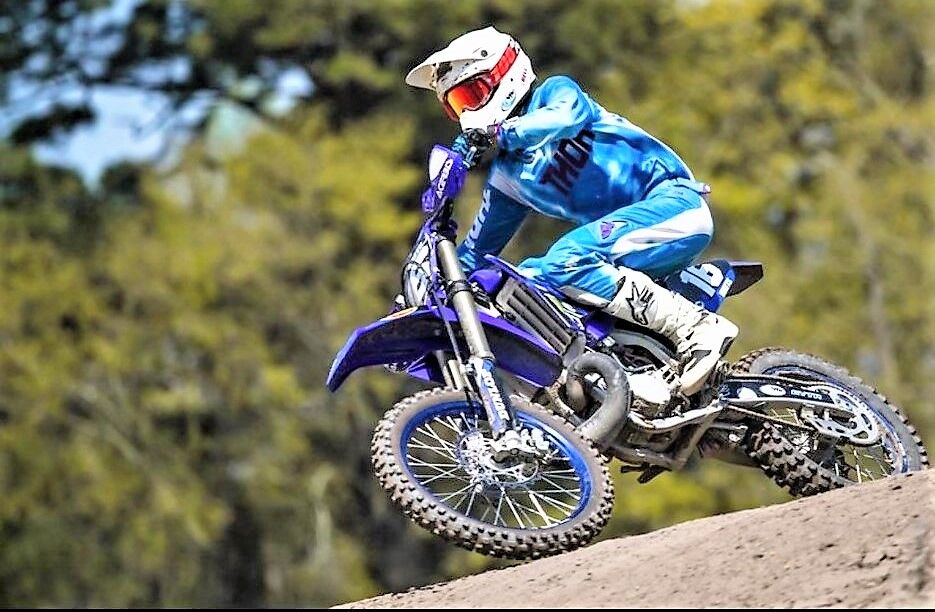 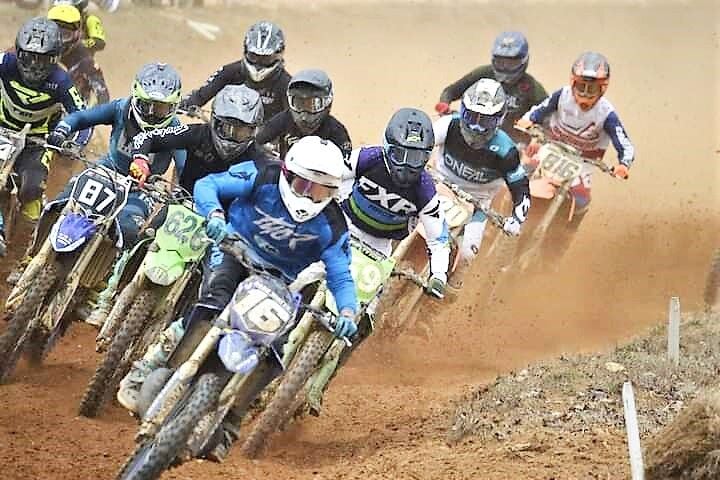 Christopher “Blue” Watts leads a pack of other Yamaha 125 C riders at a regional qualifying competition to book his ticket to Loretta Lynn’s this week. (Contributed photo) 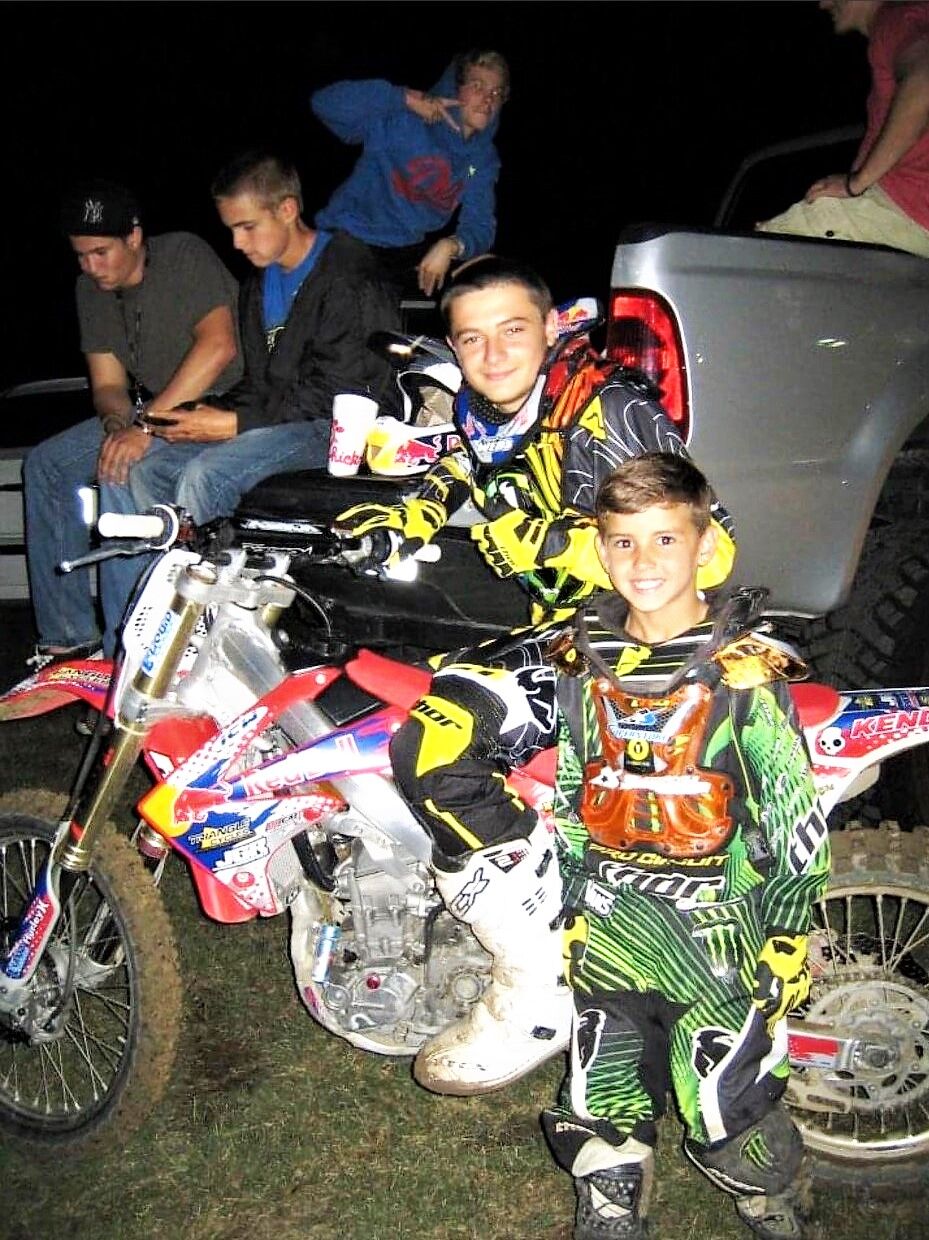 Christopher "Blue" Watts has trained around and followed the career of county native Cooper Webb since they were both kids. (Contributed photo)

Christopher “Blue” Watts leads a pack of other Yamaha 125 C riders at a regional qualifying competition to book his ticket to Loretta Lynn’s this week. (Contributed photo)

Christopher "Blue" Watts has trained around and followed the career of county native Cooper Webb since they were both kids. (Contributed photo)

NEWPORT — Most county high school students spend the summer before their senior year at the beach or on the water, but not Christopher “Blue” Watts.

The 17-year-old Newport native has spent the last 12 weeks living out of a camper at the Jimmy Weinert Training Facility in Maysville preparing for a motocross opportunity of a lifetime.

He’ll be racing this week in the 40th annual Monster Energy American Motorcyclist Association (AMA) Amateur National Motocross Championships at Loretta Lynn’s. The event has been hosted since 1982 at the ranch home of country music legend Loretta Lynn near Hurricane Mills, Tenn.

“It’s exciting,” Watts said. “I’ve been racing dirt bikes since I was 7 or 8 years old, and I’ve always dreamed of going to this race.”

Watts, a rising senior at Croatan, will be racing in the 125 C Class, competing against the other 41 fastest class riders from across the country.

“It’s the Super Bowl of amateur motocross,” Watts said. “It’s the fastest riders in the country, so if you make it here, even if you don’t place, you know you’re still one of the top people.”

Watts didn’t just walk into this opportunity either. It took a handful of qualifying race placements amid a relentless summer of training. In total, there were 54 area qualifier races held across the country between February and May, followed by 13 regional championship qualifying races in May and June. A top-six finish at one of those booked riders a ticket to the national championship.

According to AmericanMotorcyclist.com, nearly 22,000 racers attempted to qualify in 36 classes for the 1,446 available spots at the event in 2020.

“It’s every motocross driver’s dream to go to Loretta Lynn,” Watts’ great-aunt, Florenda Taylor, said. “He has worked very hard to reach this point. He’s stoked, and we’re all very proud of him.”

Watts placed sixth in the 125 C class at North Carolina Motorsports Park in Henderson on April 24 to get a spot in the Northeast Region regional qualifier at Unadilla MX in New Berlin, N.Y. on June 19. There, he finished fifth to book his ticket to the national championship.

Since that event, Watts has lived full-time at the Maysville track readying himself for the national competition. It was the final stretch for a period of training that began in April.

“I’ve been training every day for the past four months,” Watts said. “I wake up at 8 a.m. and go right to the gym and then I start riding around 10.”

Really, though, Watts’ journey to this point began as a kid, when his father, Bill “Blue” Watts put the idea of motocross racing in his mind.

“My dad used to race dirt bikes before I was born,” Watts said. “When I was little, he’d give me toy dirt bikes. One day, I told him I wanted to go to the track and ride one, and it kind of took off from there.”

Watts’ training connected him with “Jammin” Jimmy Weinert, a three-time AMA national champion who competed from 1972 to 1980. In 1973, Weinert became the first American to defeat international-level riders in the Trans-AMA motocross series.

The training facility in Maysville features a main track, a turn track and a pro track, the last of which helps riders like Watts train for national competitions. Watts is lucky to be from a town near the track, but most of his contemporaries are from other states.

“It’s nice because when I go to those events, a lot of those guys are there, too,” he said. “It’s definitely fun to travel and see different things. This is my first year really getting into it, traveling to different tracks and attending big events.”

Watts has big dreams – he wants to win a national championship or, at the very least, medal at Loretta Lynn’s – but he also has county native Cooper Webb, who has lived in Newport and Morehead City, to model his career after.

Webb won the AMA 450 supercross championship in 2019 and 2021 and is quickly becoming a national powerhouse. Watts, who grew up watching Webb and learning the ropes at the same tracks, still carries an article of clothing signed by Webb with him for good luck at races.

“He’s a role model for me,” Watts said. “When I grow up, I want to follow in his footsteps. Where’s he at right now is exactly where I want be.”

Webb’s path to a motocross career also featured races at Loretta Lynn’s. He last competed there in 2012, placing first in the 250 B Stock.

When Watts travels to competitions, he does so with the Watts Racing and YEW teams of his father, his little brother, Ryan, his great-aunt and great-uncle David Boogie Ward.

“We went from surfers to motocross spectators, from the beach to the track, in a snap,” Taylor, his great-aunt, said. “We’re all about Blue now and supporting his dream.”