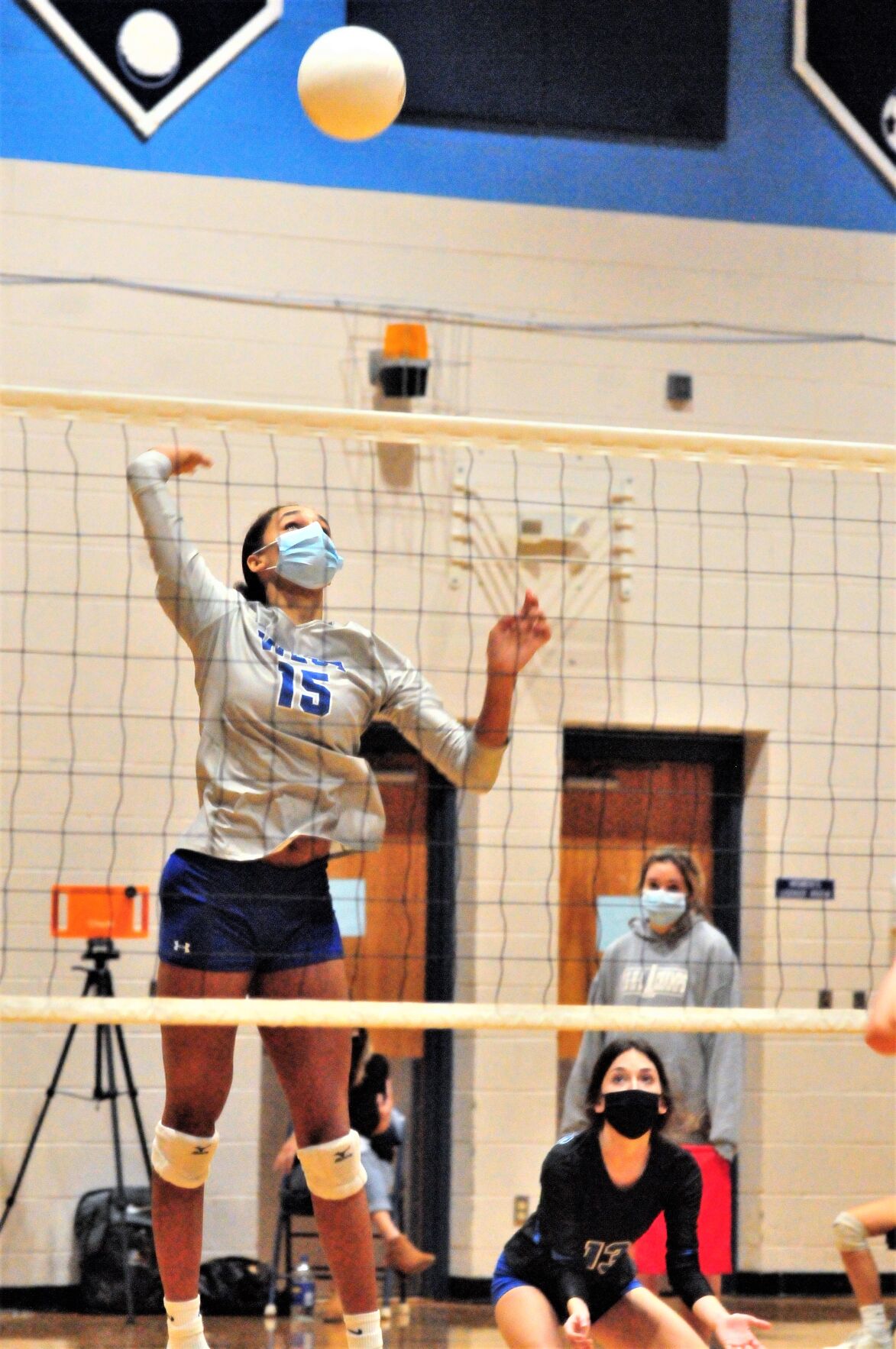 West Carteret’s Megan Kenon goes up for the kill Thursday in the 3-0 win over Swansboro. (Zack Nally photo) 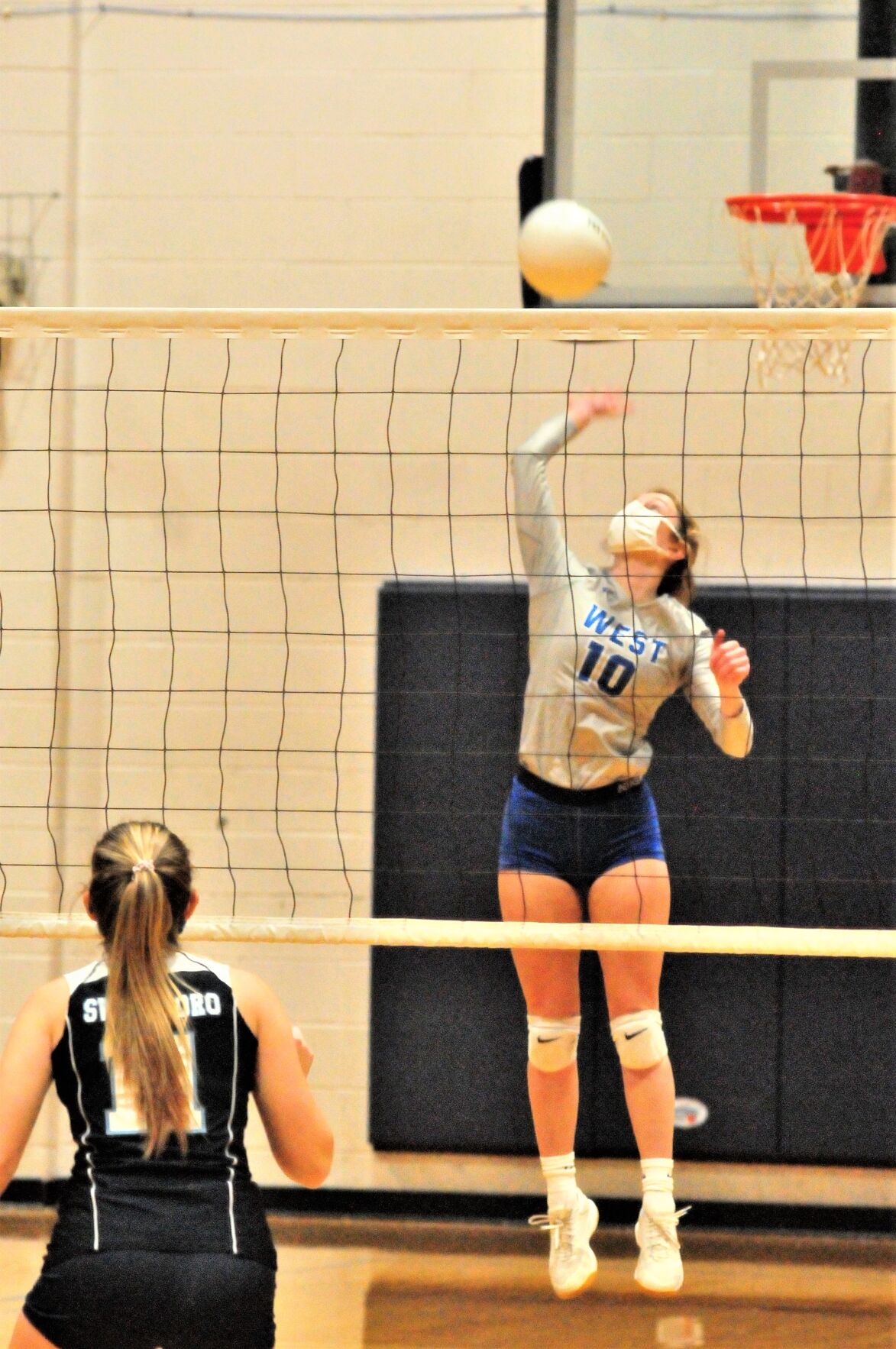 The Patriots’ Courtney Tyndall serves up an ace Thursday in the 3-0 win over the Pirates. (Zack Nally photo) 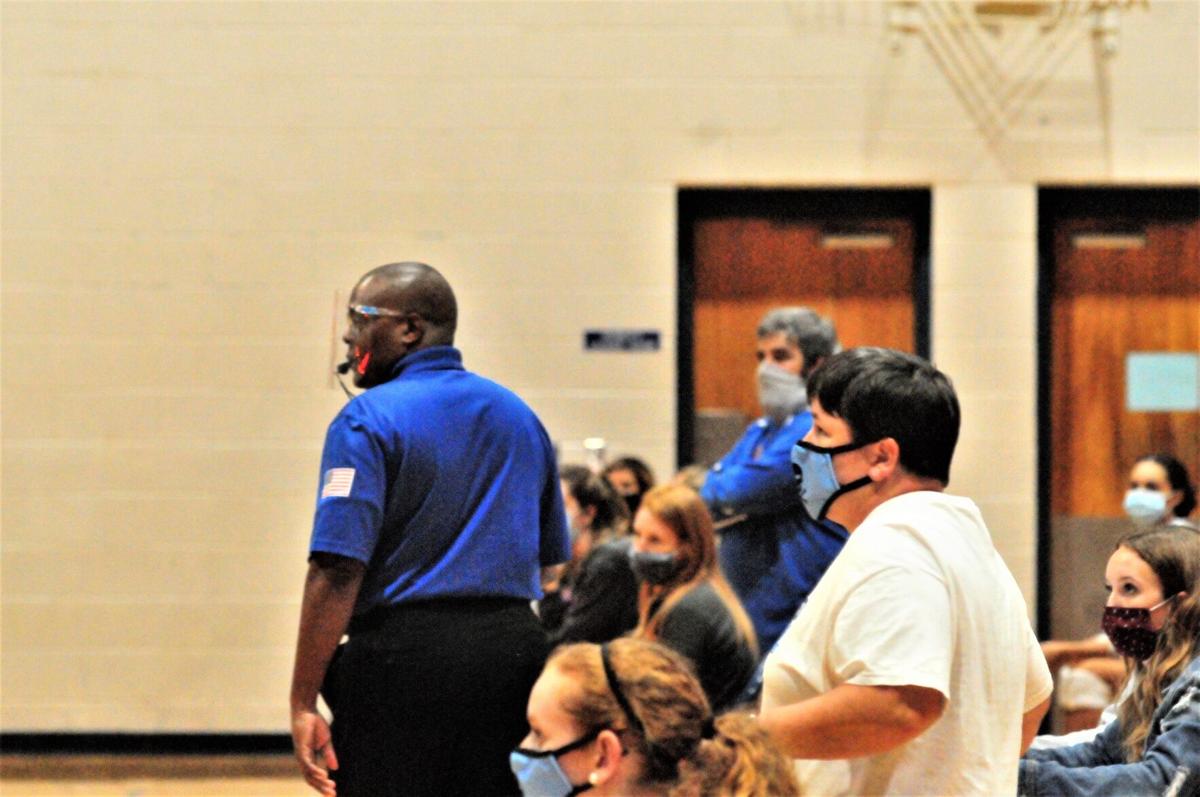 Masks are mandatory at prep games, but they vary in style, such as with a visor, a neck gaiter and a traditional cotton mask. (Zack Nally photo)

West Carteret’s Megan Kenon goes up for the kill Thursday in the 3-0 win over Swansboro. (Zack Nally photo)

The Patriots’ Courtney Tyndall serves up an ace Thursday in the 3-0 win over the Pirates. (Zack Nally photo)

Masks are mandatory at prep games, but they vary in style, such as with a visor, a neck gaiter and a traditional cotton mask. (Zack Nally photo)

SWANSBORO — Volleyball matches between West Carteret and Swansboro tend to be tighter than the scoreboard suggests.

The Patriots looked strong in all three sets, taking commanding leads in the first two before the Pirates mounted rallies. They led 23-11 in the first set before an eight-point run from the home team and they led 19-10 in the second followed by a 5-1 run.

“I talked to coach (Kim) Miller on the phone last night, and she was telling me how scrappy her girls were,” West coach Michael Turner said. “And they were as advertised. We hit ball after ball after ball, and we were getting the momentum and celebrating a little early, so when they started to come back on us, we were ill-prepared for it.”

The third set went three- and four-point scoring run for scoring run in the first half and then point-for-point in the second.

“I thought we showed a lot of heart and a lot of grit,” Miller said. “We fought back often. We just have to learn not to dig ourselves holes. In close sets like these, we can’t allow those extra points or two we give away on runs. We’re still a work in progress.”

West improved to 2-0 on the season after defeating Jacksonville 3-1 on Tuesday. Swansboro moved to 1-1 after a 3-0 victory over Northside-Jacksonville on Tuesday.

For the full game story of the Patriots’ season-opening 3-1 win over Jacksonville on Tuesday, see the News-Times’ website at www.carolinacoastonline.com.

During the COVID-19 impacted season, teams will only play conference opponents until an abridged postseason, should they qualify.

The most thrilling set of the night was the third, beginning with dueling scoring runs. Swansboro started off with a 3-0 lead, followed by four straight points from West, four from the Pirates and three more from the Patriots.

West took a lead it wouldn’t lose next with three kills from Megan Kenon as part of a four-point run. The sophomore was a force all night, using her superior height and hitting ability to throw down two more kills in the set to help solidify the victory.

“When I’m at the net, I know how to get high and get those angles and get around blockers,” Kenon said. “It really helps. We struggled a little in the third match, but we pulled through in the end.”

Turner added, “She’s really grown. She’s physically mature and coordinated, especially for a 10th grader. It’s really fun watching her game grow, she’s starting to get aggressive with her swing too. She is a height advantage over a lot of people. And then Cayman (Montgomery), Julia (Quinn), Courtney (Tyndall), Olivia (Mcnair) and Grayson (Edwards) are above average height, so we have a little bit of an advantage there.”

The third set turned into a point-for-point affair between each team’s 12th point and 20th points. West took a slim lead with kills from Quinn and Tyndall, and after a timeout, Emma Nicholson’s volley was deflected out of bounds by the Pirates for a 23-20 lead. Swansboro scored one more point, but West closed it out with strong play at the net and poorly targeted kills from the home team.

West’s 3A Coastal Conference-only schedule will continue with road matches Monday at White Oak and Tuesday at Havelock.

Swansboro will be at Jacksonville on Monday.