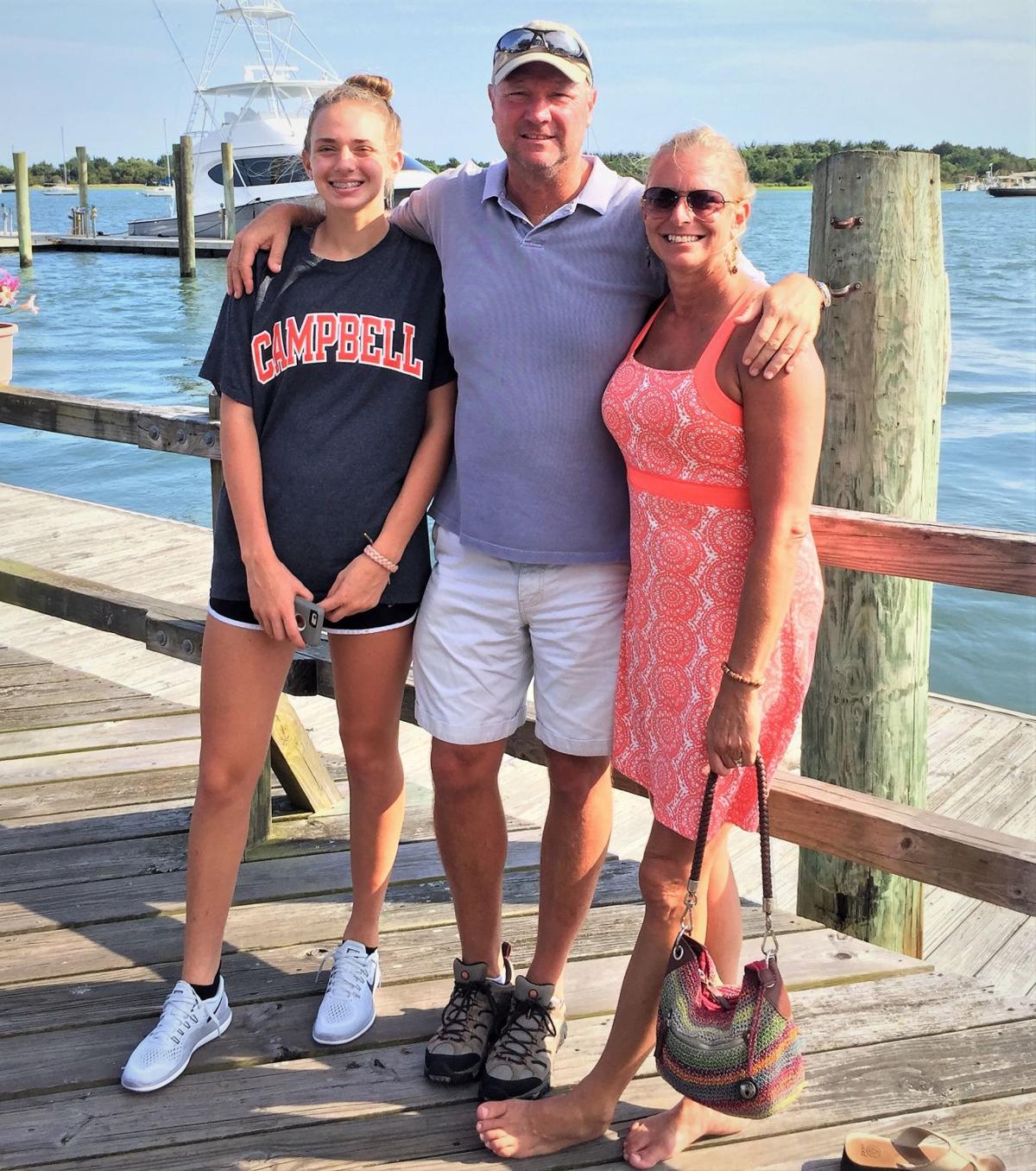 Kelly Hagerty, her father Steve and mother Teresa lost their home to Hurricane Florence 19 months ago and have yet to move back in. (Contributed photo) 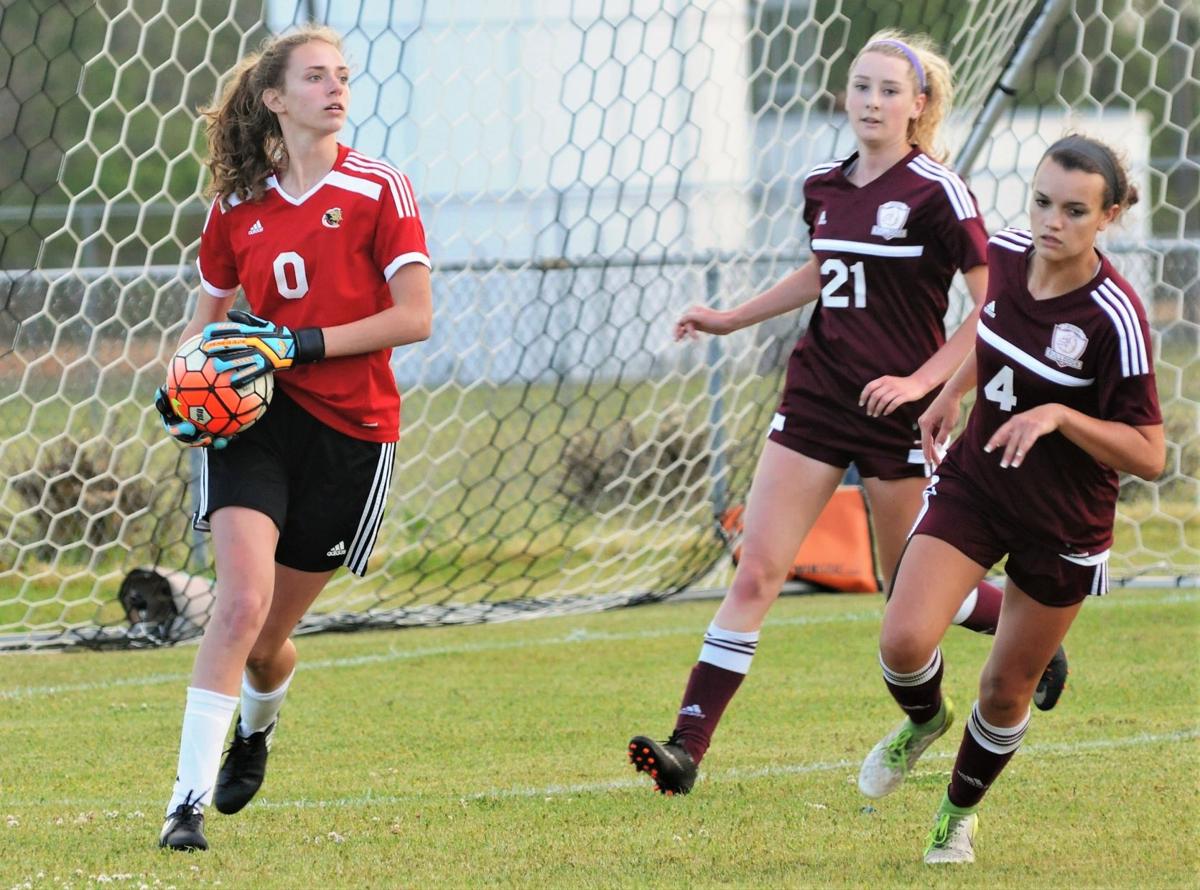 Kelly Hagerty was a four-year starter at keeper for the Croatan soccer team. (J.J. Smith photo) 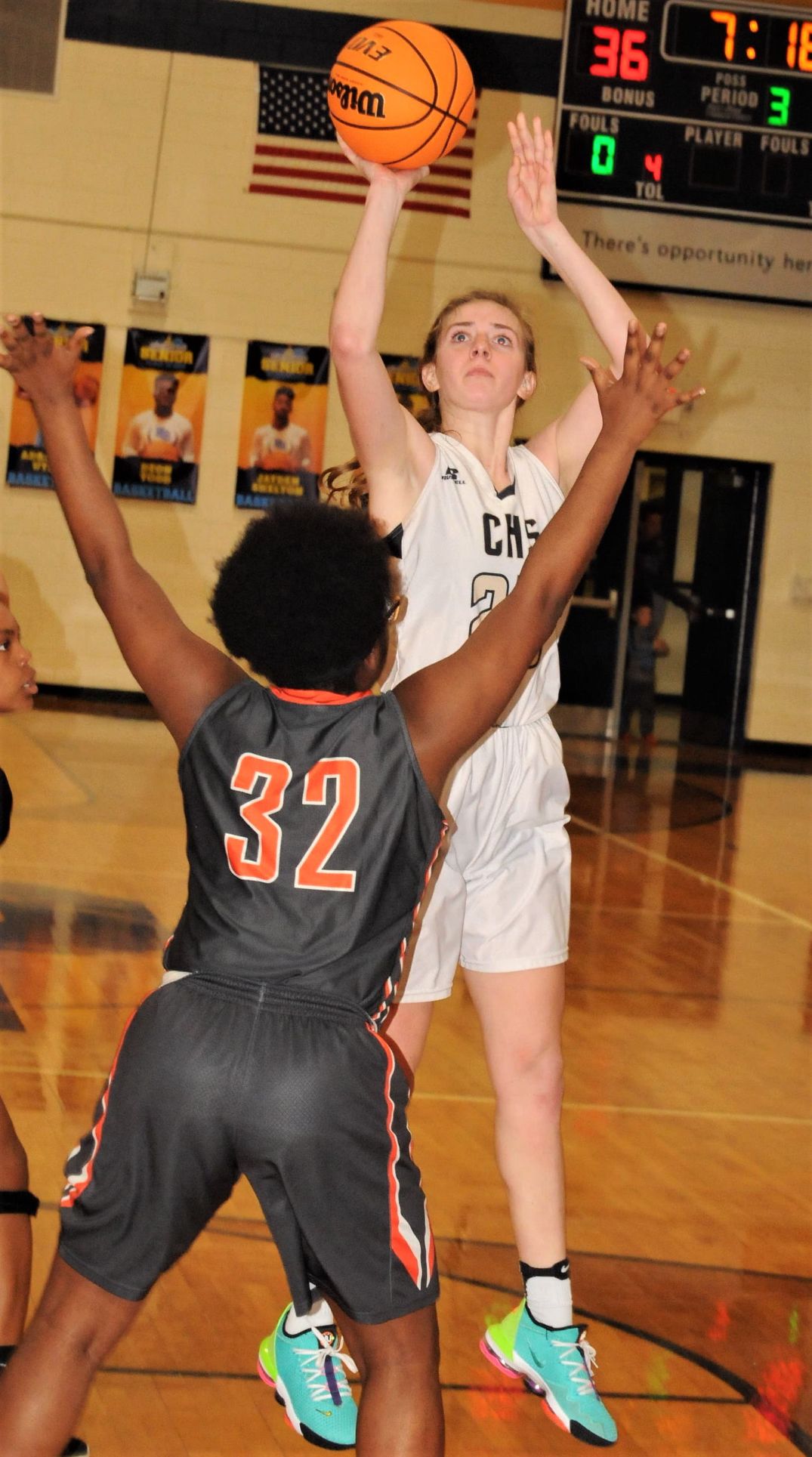 Kelly Hagerty was a four-year starter at center for the Croatan basketball team. (J.J. Smith photo) 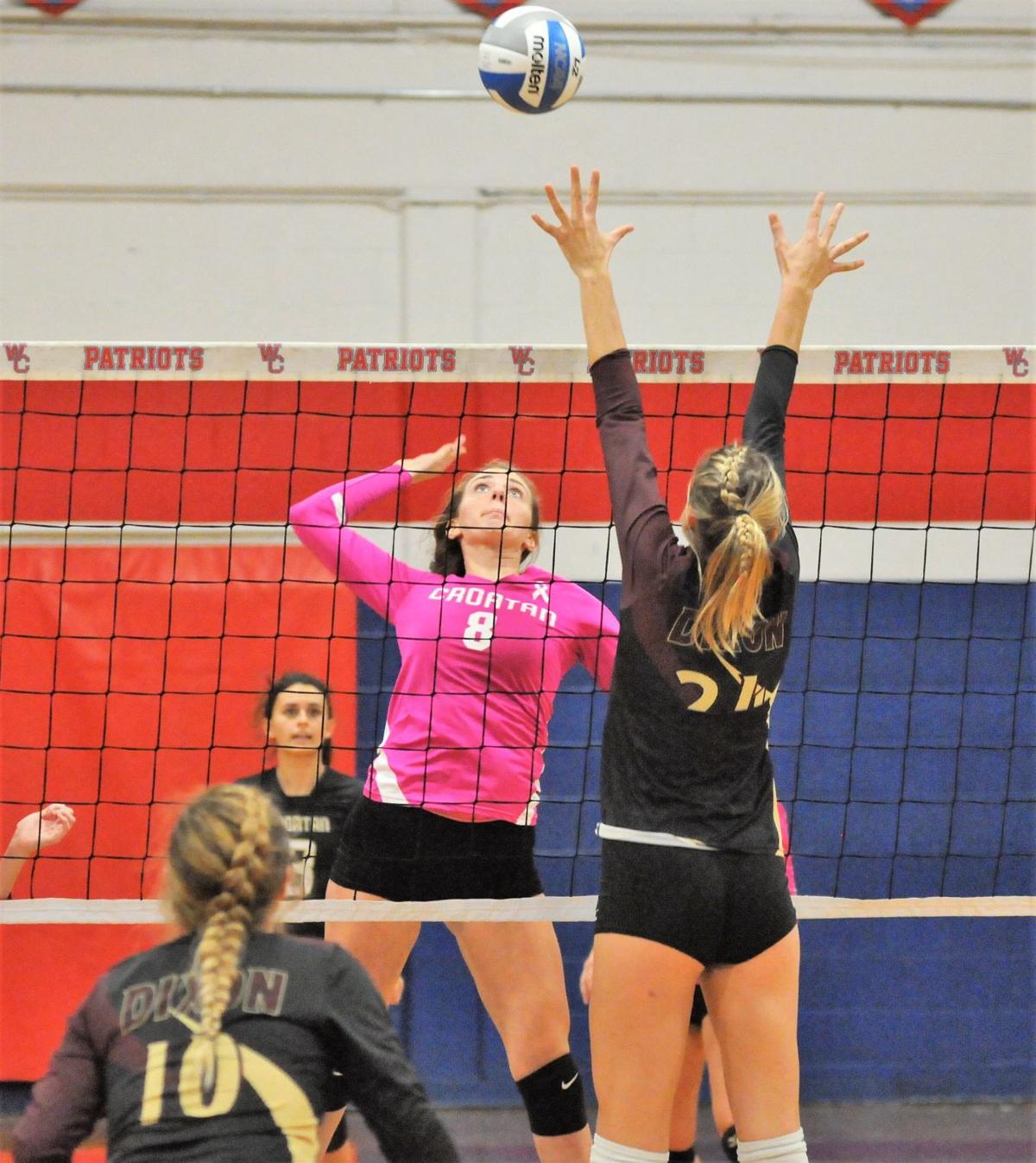 Kelly Hagerty was a three-year starter on the front row for the Croatan volleyball team. (J.J. Smith photo)

Kelly Hagerty, her father Steve and mother Teresa lost their home to Hurricane Florence 19 months ago and have yet to move back in. (Contributed photo)

Kelly Hagerty was a four-year starter at keeper for the Croatan soccer team. (J.J. Smith photo)

Kelly Hagerty was a four-year starter at center for the Croatan basketball team. (J.J. Smith photo)

Kelly Hagerty was a three-year starter on the front row for the Croatan volleyball team. (J.J. Smith photo)

EMERALD ISLE — Kelly Hagerty’s final two years of high school have been ones to remember … or rather … forget.

Over the past 19 months, she lost her home to Hurricane Florence, saw her mother Teresa suffer through a second bout of breast cancer, and now her senior year and soccer season is likely cut short by the coronavirus pandemic.

On March 23, Gov. Roy Cooper issued an executive order closing all public schools in the state through Friday, May 15 as part of measures to protect against the spread of coronavirus. The NCHSAA responded, extending the suspension of high school sports until at least Monday, May 18.

“Once I heard the first suspension, I was anticipating they were going to cancel the season,” Hagerty said. “I didn’t have much hope.”

The announcement just four games into the season was particularly difficult to accept for a Croatan soccer team that entered the season with state championship hopes.

The Cougars brought back nearly their entire roster from a team that went 21-4 in 2019 with its first conference title since 2014, thanks to an unbeaten 14-0 run through the 1A/2A Coastal 8 Conference. They advanced to the fourth round of the state playoffs and ended the year No. 4 in the MaxPreps 2A rankings.

“We’re pretty devastated,” Hagerty said. “We were ready to go really far, and we’re not going to get that chance.”

A four-year starter at keeper, she registered 205 saves and 33 shutouts in 66 career games.

Unfortunately for Hagerty, losing parts of a season is nothing new.

In the fall of her junior year, the volleyball team lost a month of its campaign from the effects of Florence.

Hagerty and her parents Steve and Teresa rode out the storm in their Emerald Isle home. It was destroyed, and the family has lived in four other houses since then. They aren’t projected to return to their home until June.

“We didn’t really know there was damage until two weeks later,” Hagerty said. “Water had gotten in the walls, and our pictures started falling off. It was bad. We got it checked out, and they said it was all over the house and it had to be gutted.”

Croatan won the league with a shortened schedule, going 13-4 overall and 7-0 in the Coastal 8 with a trip to the third round of the playoffs. The club played the remainder of its home matches at West Carteret after the Croatan gym was severely damaged.

The team repeated as conference champion this past fall, going 21-3 overall and 14-0 in the Coastal 8 with another trip to the third round of the playoffs.

After the end of her junior basketball season when she led the Cougars to a 20-3 record and a 14-0 league mark to win the conference title, Hagerty’s mother learned she had a reoccurrence of breast cancer.

“That was a double whammy (after Florence),” Hagerty said. “It was rough. She had it the first time when I was 2, so I don’t remember that. It was definitely scary, but they caught it early and the prognosis was good.”

Teresa flew to Houston a few times to a month to get treatment at the MD Anderson Cancer Center. She received her last treatment on March 24.

A month earlier, Hagerty capped her final basketball campaign by leading the team to one of the best seasons in school history.

It included a 25-3 record, a 21-game winning streak, a regular season conference championship, the first conference tournament title in 12 years and the first trip to the third round of the playoffs in 11 years.

Early in her high school career, she was one of four freshmen, joining Ally Roth, Savannah McAloon and Natalie Show, to start for the team in 2016-2017.

They finished their careers going 66-11.

She was recently selected to the N.C. Coaches Association East-West Game set to take place July 20 at the Geensboro Coliseum.

She’s currently leaning toward playing basketball next year at the University of Texas in Dallas.

“I’ve got family in Houston, so I’ll be close to them,” she said. “I like the school and coaches. It seems to be a good fit.”

Hagerty wraps up one of the best athletic careers in Croatan history. She was named the school’s Most Outstanding Female Athlete as a junior.

And she led teams to all that success while facing plenty of distractions away from the games.

In the end, Hagerty said she learned an important lesson.

“When things are bad, it does get better,” she said.