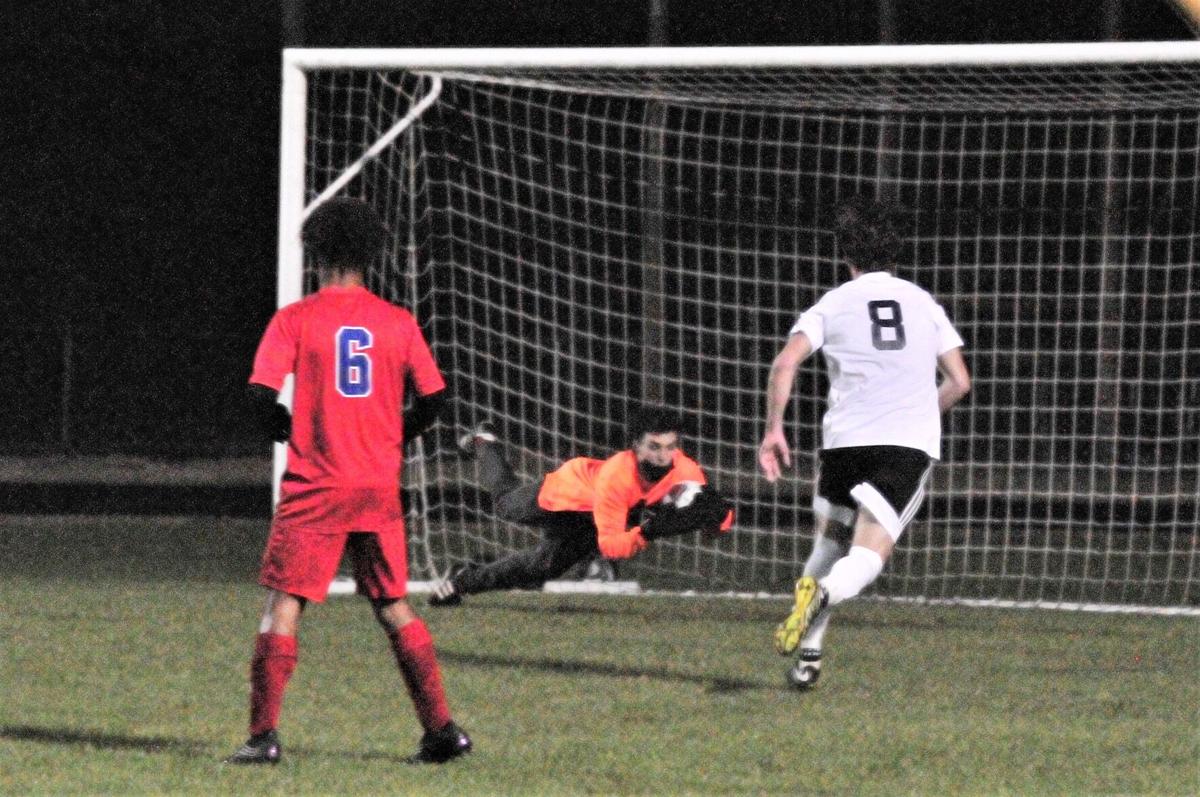 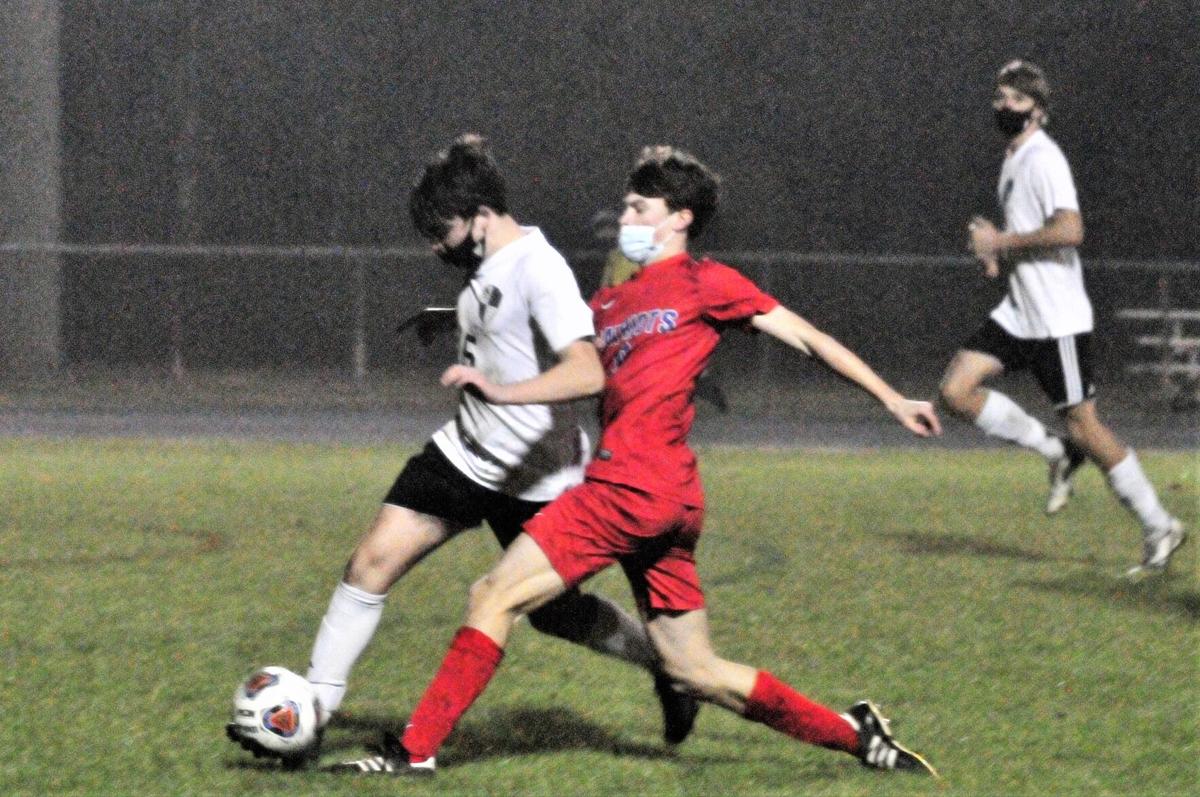 The Patriots’ Rob Cummings, right, challenges Swansboro’s Bradley Moon to make a play on the ball Monday. Cummings had an assist in his first game back on the pitch. (Zack Nally photo)

The Patriots’ Rob Cummings, right, challenges Swansboro’s Bradley Moon to make a play on the ball Monday. Cummings had an assist in his first game back on the pitch. (Zack Nally photo)

Jordan Alexio scored the game-winner in the sixth minute of the match off an assist from Rob Cummings to break a nine-game losing streak to the Pirates and vault the Patriots to 2-2 overall and 2-1 in the 3A Coastal Conference.

“It was a great win,” West assistant coach Karl Wolf said. “These boys are coming up, and they’re really gelling. We’ll take the momentum from this win, and we hope to keep it going.”

West’s losing streak was almost snapped last season when both teams tied in the two regular season matches. Swansboro won both in penalty kicks. Alexio, a senior, was happy to break the streak in the first of his last two matchups against the Patriots’ neighboring county rival.

“I felt good, but it wasn’t just me. It was the whole team,” Alexio said. “Last year, we lost to them twice, so we wanted to come back strong for this game. I think we have more chances to win games like this. We’ve had a slow start, but we’re getting better all the time.”

The win over Swansboro (2-1-1) was West’s second in the league, following a 1-0 victory over Northside-Jacksonville on Feb. 9. The Patriots lost to Jacksonville 6-1 on Thursday.

Swansboro hadn’t yet played a conference game, competing against three nonconference opponents on the road without a loss. The Pirates hadn’t played for 11 days before the West match.

“I’m sure that played a role, but I’m not going to make excuses,” Swansboro coach Doug Kidd said. “Things are tough for every team right now, and I know we’re capable of doing better despite the circumstances. All credit to West. They outworked us, especially in the first half.”

West moved with speed and precision in the first half, getting quality looks for the attackers. The Patriots also got a boost from the return of Rob Cummings, last season’s second-leading scorer. The junior made the decision to play both basketball and soccer after starting the season playing only hoops.

Cummings provided the assist from the outside to Alexio for the lone goal. The score gave West momentum that never switched.

“I thought the goal came off their energy,” Kidd said. “We were turning the ball over cheaply, and they made us pay for it. We didn’t play anywhere near to where we could have played. There were moments where we just didn’t make the right play, and that came from a lot of different players, too. If we want to move forward and have a chance to reach the playoffs, we have to do better.”

Swansboro flubbed small plays like corner kicks and throw-ins, among others, while West had a solid night of sound plays. West keeper Matthew Roberts made a few key saves to preserve the blank sheet, most notably a diving catch near the end of the first half when Swansboro’s Bradley Moon intercepted a bad clear and sent a shot flying against Roberts’ body.

“I thought we controlled the first half well,” Wolf said. “It was definitely our game. I think we had the opportunity to do some more. We were trying, and I thought we did a good job of controlling the middle, but Swansboro’s defense is good. They can turn it on in a minute, so there were tense moments.”