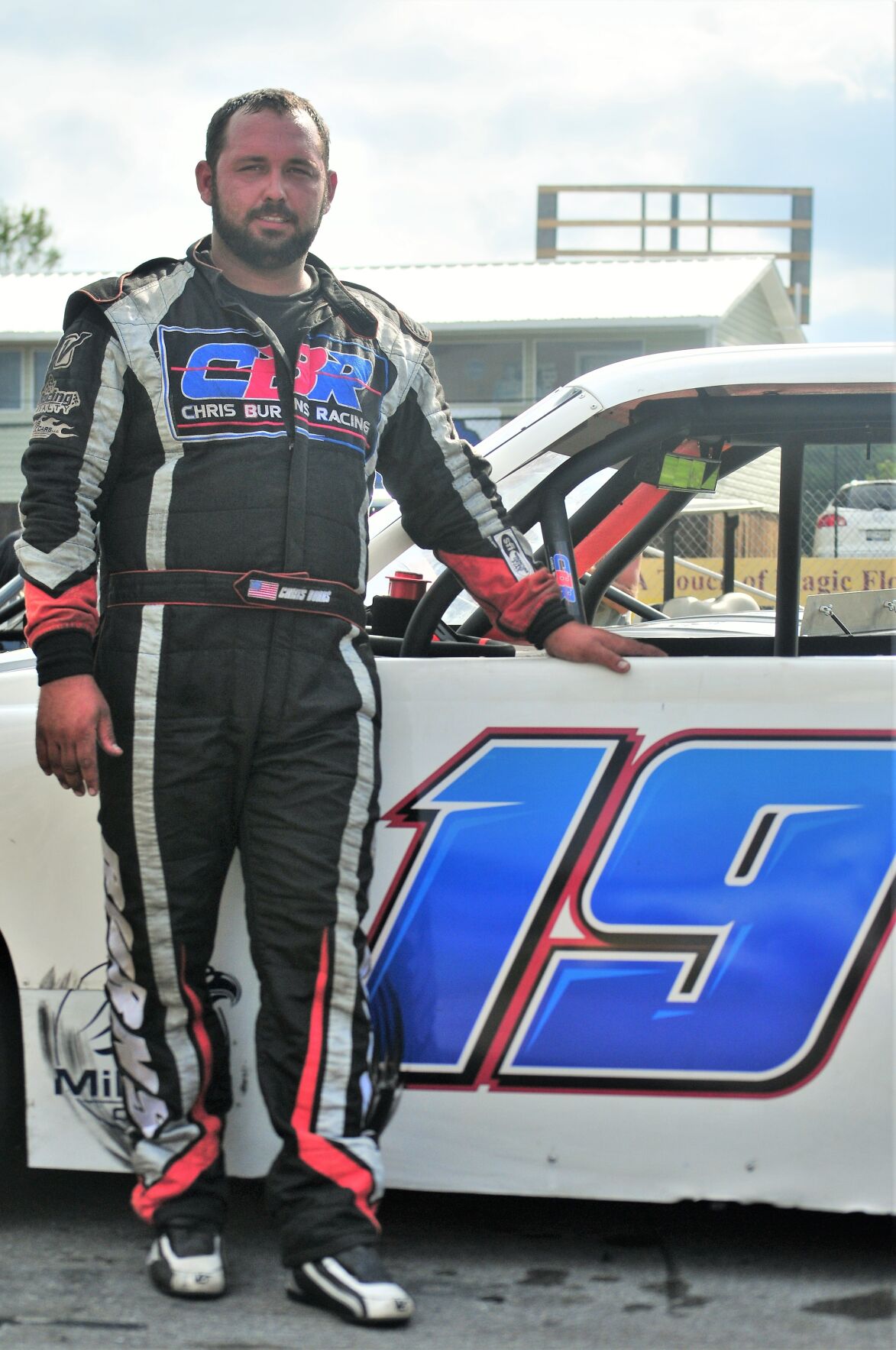 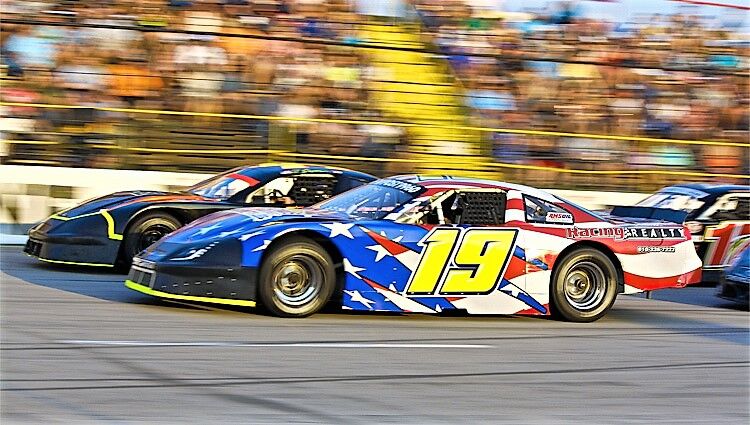 Chris Burns, No. 19, puts a lot of preparation into being a stalwart at Carteret County Speedway, where he became the all-time Late Model wins leader last year. (Speed51 photo) 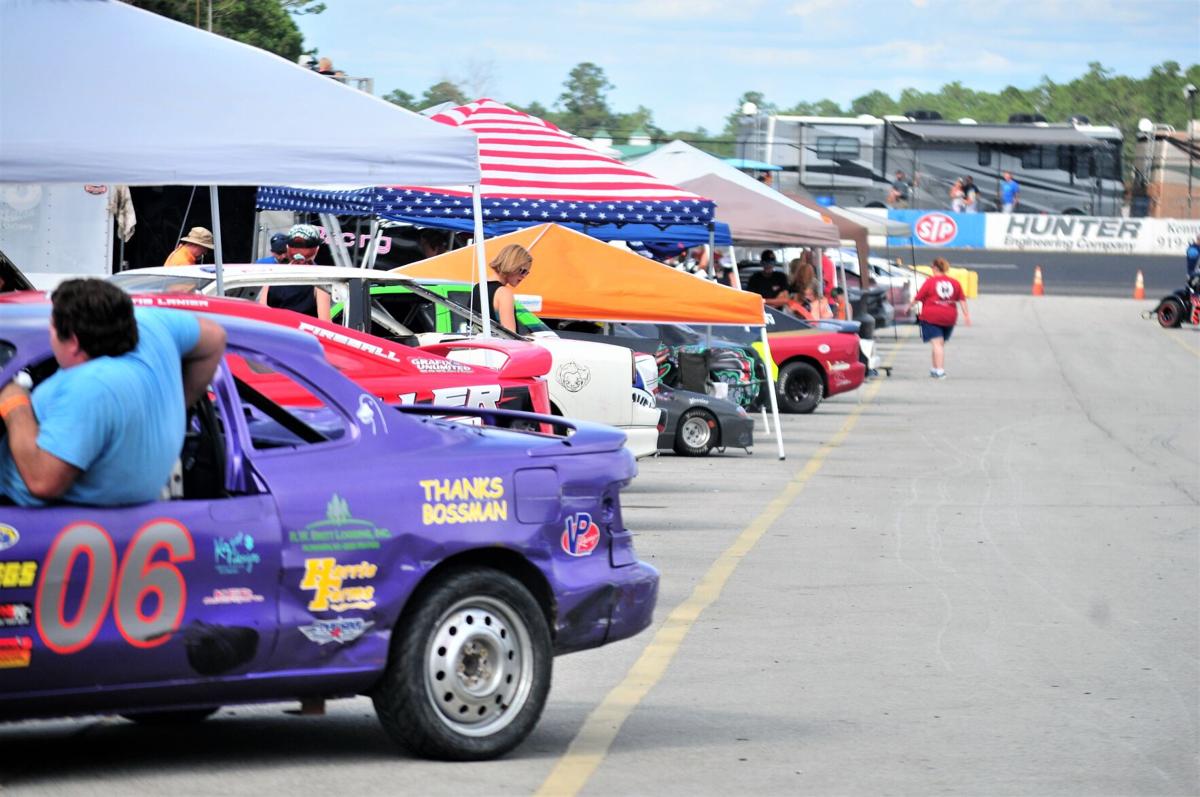 Cars line the backside of pit row at Carteret County Speedway for the race on Sunday. (Zack Nally photo)

Chris Burns, No. 19, puts a lot of preparation into being a stalwart at Carteret County Speedway, where he became the all-time Late Model wins leader last year. (Speed51 photo)

Cars line the backside of pit row at Carteret County Speedway for the race on Sunday. (Zack Nally photo)

PELETIER — A great deal of preparation goes into a successful day at the track for all-time Late Model wins leader Chris Burns.

The 28-year-old two-time division champion is known to tinker and troubleshoot with his No. 19 car for as long as he possibly can before hitting the asphalt at Bobby Watson’s Carteret County Speedway.

“We work on these things right up until the last minute,” Burns said Sunday at races. “We finished up on this car Saturday night right before we loaded it up on the trailer.”

The maintenance regimen for a rigorous race schedule is a time-consuming one, often taking three or four nights of Burns’ time. Fortunately for the Swansboro driver, he also works in auto restoration, so work and play often mix.

On race day, the preparation he has put in plays the most important role, but sometimes repairs or adjustments are still needed.

“We usually don’t worry about much more at that point,” Burns said. “Everything is pretty much set in stone. But things happen. We’ve pulled motors, transmissions, rear ends, everything. Really, the biggest concern (on race day) is making sure we don’t have any vibrations. We put a lot of stress on these rear ends, drive shafts and transmissions, so that’s our biggest worry, breaking something like that. Those are things that are hard to fix before race time.”

During the race, Burns gets spot checks from his dad, Roger, but relies mostly on his own instinct, in part because of his spotter-free start to racing.

“When we used to run the little cars, they don’t let us run a spotter with a radio,” Burns said. “My dad spots for me on the radio now. He’s making sure I don’t have anybody on the inside of me or looking. He’ll tell me if someone is trying to dive in there and get that spot so I don’t cut them off and wreck myself. I don’t rely on my spotter much, though, so he’s got a pretty good job.”

After the race, Burns and his crew of friends and family go through a standard checklist to ensure the integrity of the vehicle.

“We go through the wheel bearings, the brake systems, suspension, motor issues, anything we can really,” Burns said. “We go through front to rear and make sure there aren’t any problems.”

The maintenance regimen relaxes in the offseason when Burns takes time off to clear his head and recharge.

“We do mess with it a little bit, but me personally, I like to take at least a month off,” he said. “To be honest, racers are bad about waiting until the last minute. We’ll take a month or two off after the season, and then we have to hustle right before the first race.”

Burns added, “In the offseason, we’ll do updates that may take a longer time, time we don’t have during the regular season. Every year, we change things on the car to either make it safer or give us that extra half a tenth (of a second) we need to win.”

Burns has been racing for more than two decades, seeing the changes in safety and cost as he climbs the ranks.

“Money-wise, it has changed,” he said. “I suppose that’s partly our fault as drivers. We’re always trying to move up instead of staying where we’re at. But really, racing is racing. We all have the same goals.”

Last year, Burns became the all-time Late Model wins leader and clinched his second Late Model track championship. This season, Burns has put aside his Late Model and is pursuing wins in the new Super Truck Series, still sporting the No. 19 of Burns Racing. Late Model or Super Truck, Burns is just happy to be on the track engaging in something he has done since he was 6 years old.

“It’s an adrenaline rush for sure,” he said. “I love it. I love the feeling of it, the friends and family of it all. It’s just something I’m decent at and enjoy doing.”

Burns will be racing his No. 19 Super Truck at the Solid Rock Carriers CARS Tour event on Saturday.