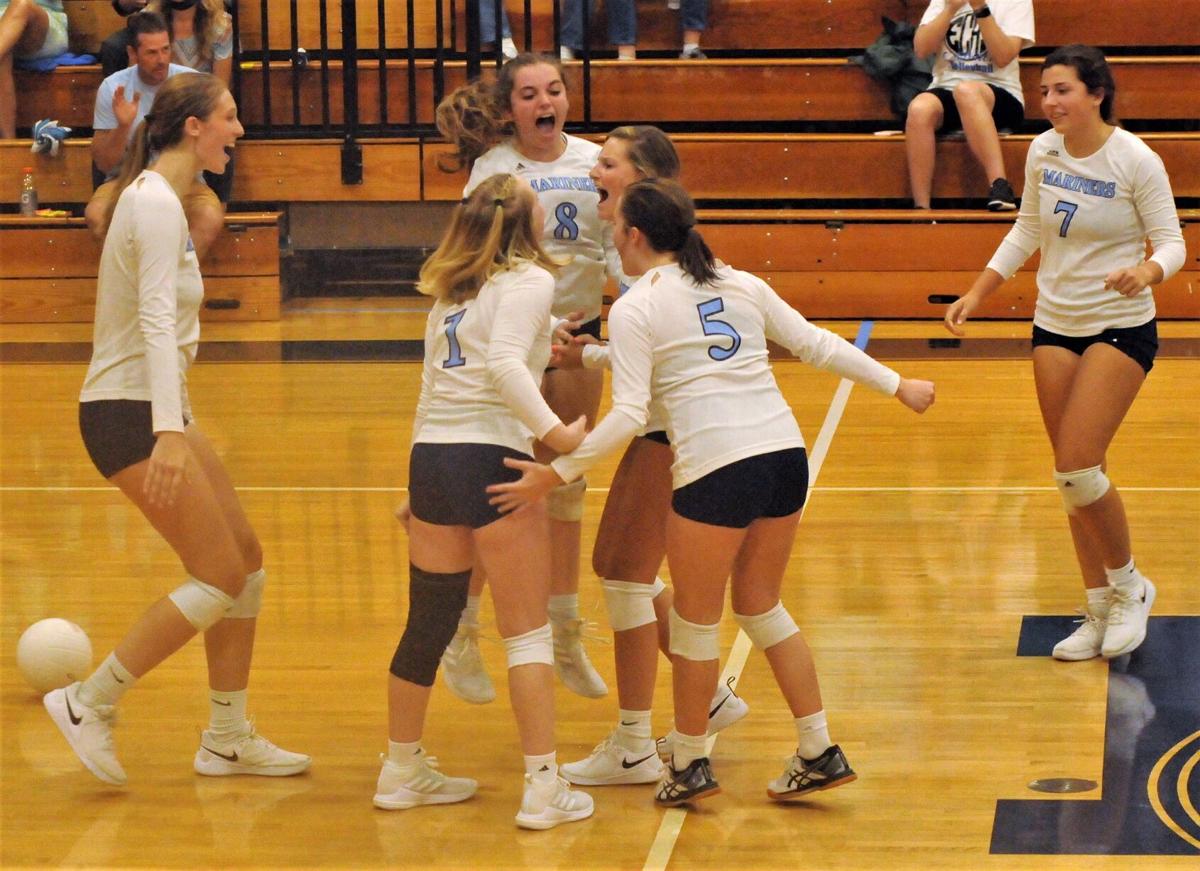 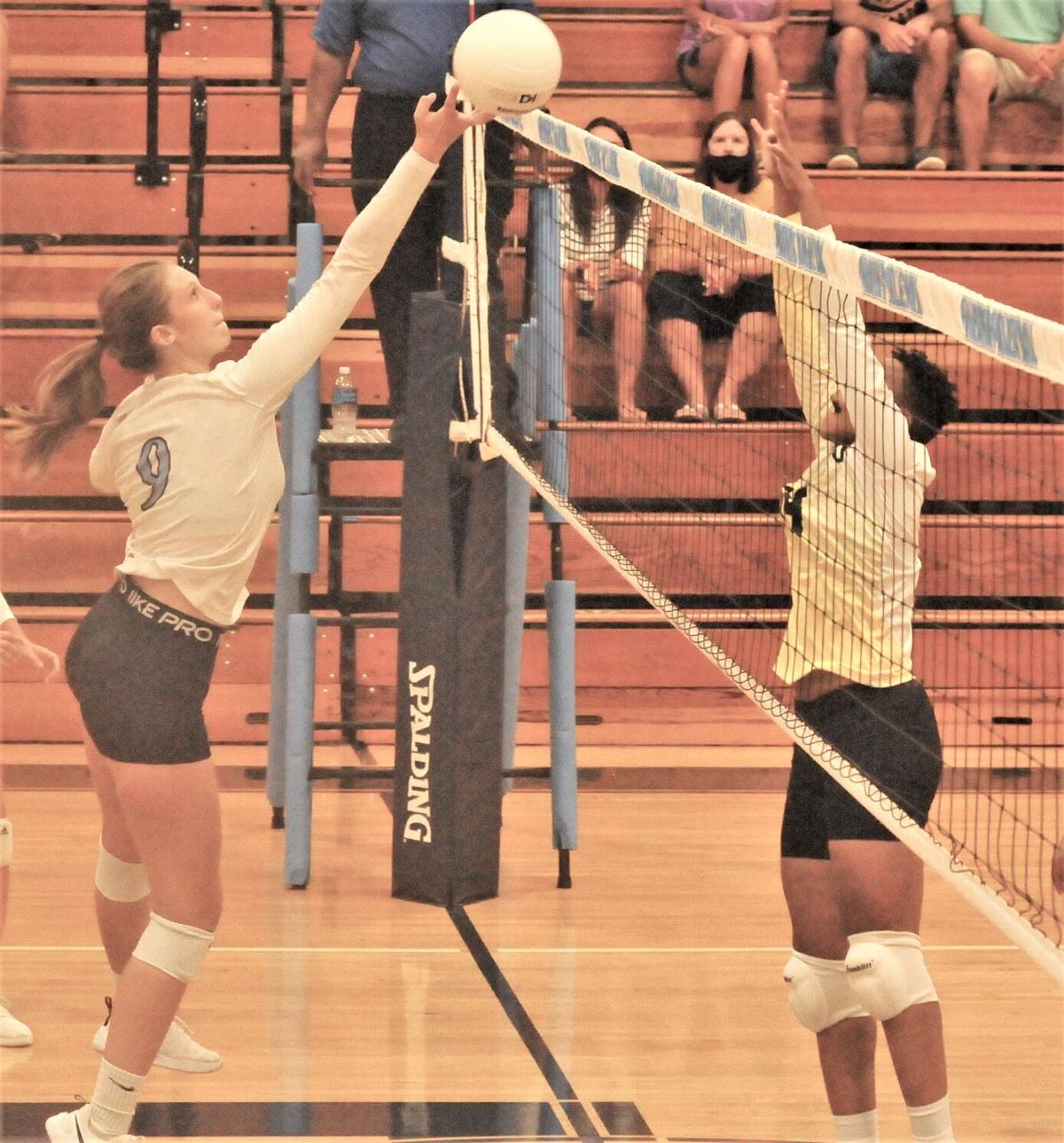 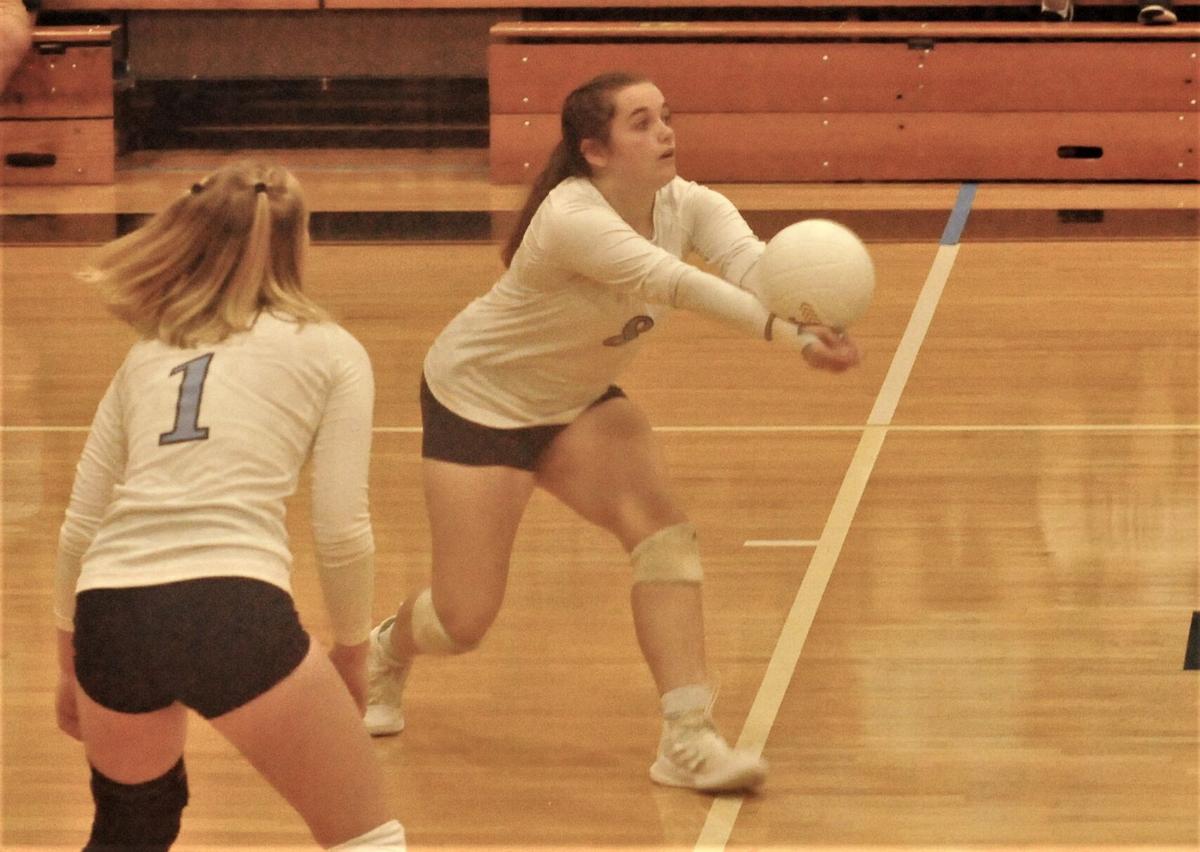 East Carteret’s Ashley Popp reaches out for a dig in the four-set victory over White Oak. (J.J. Smith photo) 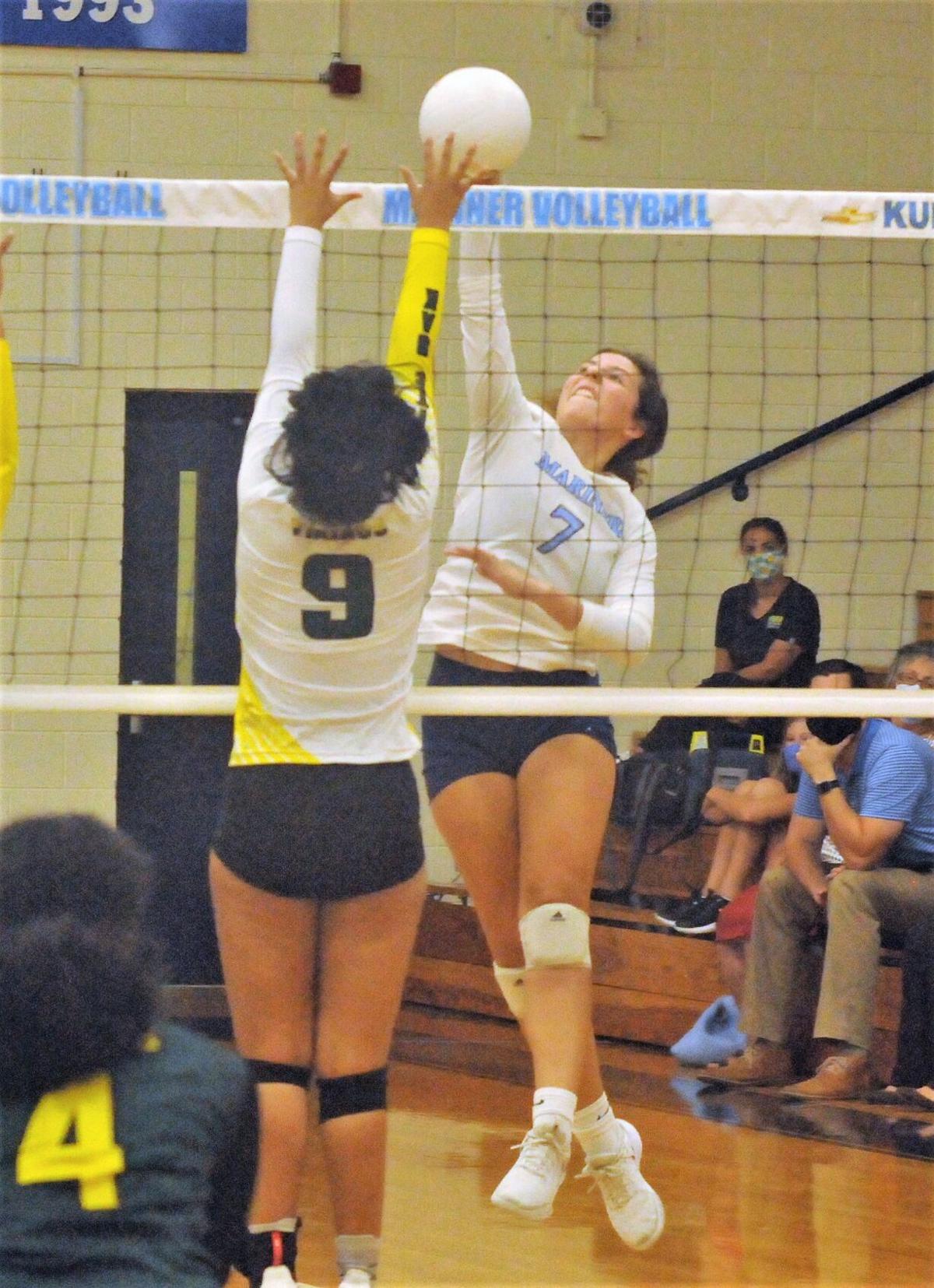 East Carteret’s Ashley Popp reaches out for a dig in the four-set victory over White Oak. (J.J. Smith photo)

“We thought we were going to have six out, and I thought, ‘This should be fun,’” East coach Mickey Putnam said. “But we want to play – we had such a short season last year – and I had no doubts we could get it done. We have really good girls.”

White Oak (2-1) dropped its first game of the season after opening the year with wins over Northside-Jacksonville (0-7) and Havelock (0-5).

East was missing its top hitter and blocker in Anna Gillikin (59 kills, 21 blocks), top setter in Grace Fulcher (87 assists) and the versatile Christa Golden, who ranks second in both aces (nine) and digs (17), and third in both kills (22) and blocks (six).

“We brought up some freshmen,” Putnam said. “Practice yesterday was bare. It was weird. It was so quiet. Everybody embraced it and rose to the challenge.”

Those five seniors are expected back when the Mariners hit the court again Thursday at home in their conference opener versus Northside-Pinetown (4-0).

Middle hitter Kate Guthrie expanded her game to contribute to the triumph. In addition to registering seven kills and seven digs, she spent time on the back line and received serve 13 times after having done so just once in the previous four games. The sophomore produced nine digs after accumulating one in 13 career games.

“Kate played huge,” Putnam said. “Ashley (Popp), who was our only senior out there tonight, stepped up into the leadership role. I’m real proud of the juniors, too. They played in positions they don’t normally play, and that was big.”

Popp had four kills after putting up two in 13 career games. She also led the team in aces (three) and digs (12).

The Mariners cruised to a 25-13 win in the first set, but after a 25-22 loss in the second, things suddenly looked dicey in the third for the undermanned group as it faced a 15-9 deficit.

After a side out, Parrish served on seven straight points, including an ace, with Kaiser and Guthrie adding kills during the run.

The Vikings stopped the run with a point, but two Guthrie kills and a Popp ace spurred a 4-0 stretch to give the home team some insurance at 21-16. East fought off a White Oak rally down the stretch and held on for the 25-21 win with Grady tipping the ball over the net on a hustling running play to give her a team a 2-1 set advantage.

“We played smart,” Putnam said. “We put the ball in the court. That was our game plan going in, let them make mistakes. We executed that well, and we didn’t miss many serves.”

The teams fought back and forth in the fourth set until the Mariners went on a 6-1 run with a kill and block from Guthrie and a tip from Kaiser to grab a 17-13 advantage.

After the Vikings took six of the next 10 points to make it a 21-19 game, Popp secured a huge kill to buy her team some breathing room at 22-19. Grady again capped the set with a tip to grab the match victory.

“The beauty is we have a deep bench because we have a lot of juniors,” Putnam said. “I wasn’t too worried about it because I know we have some athletes.”