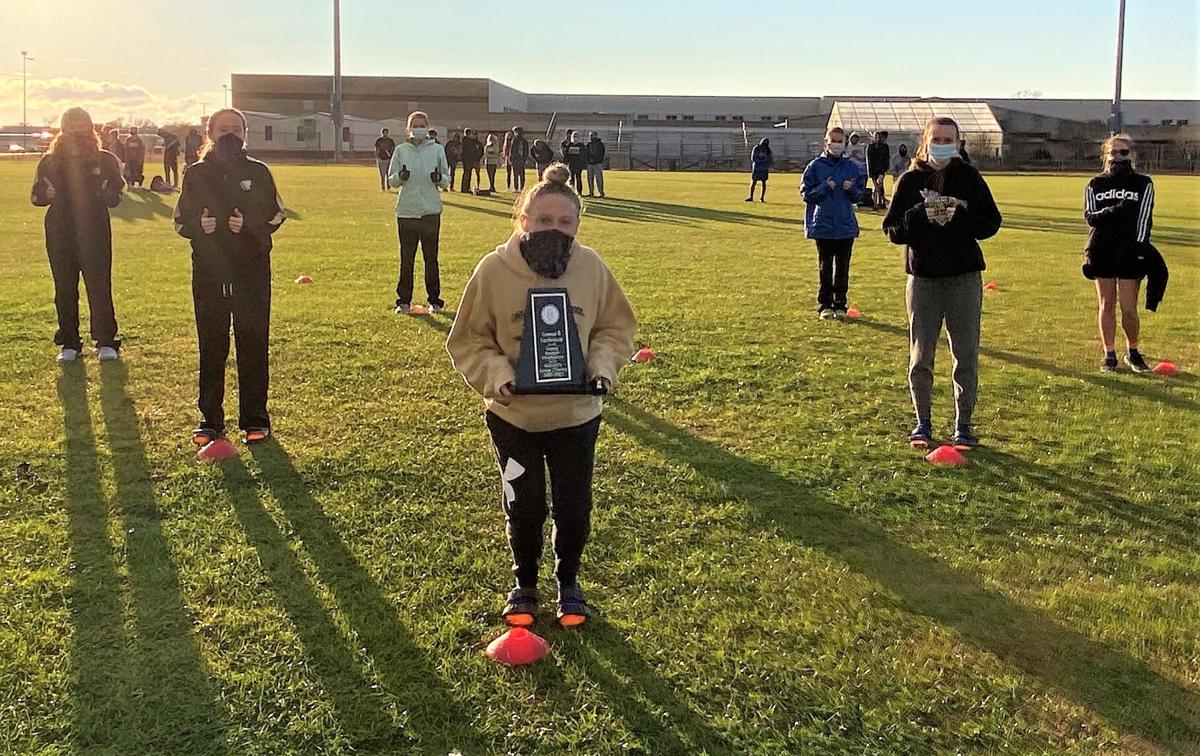 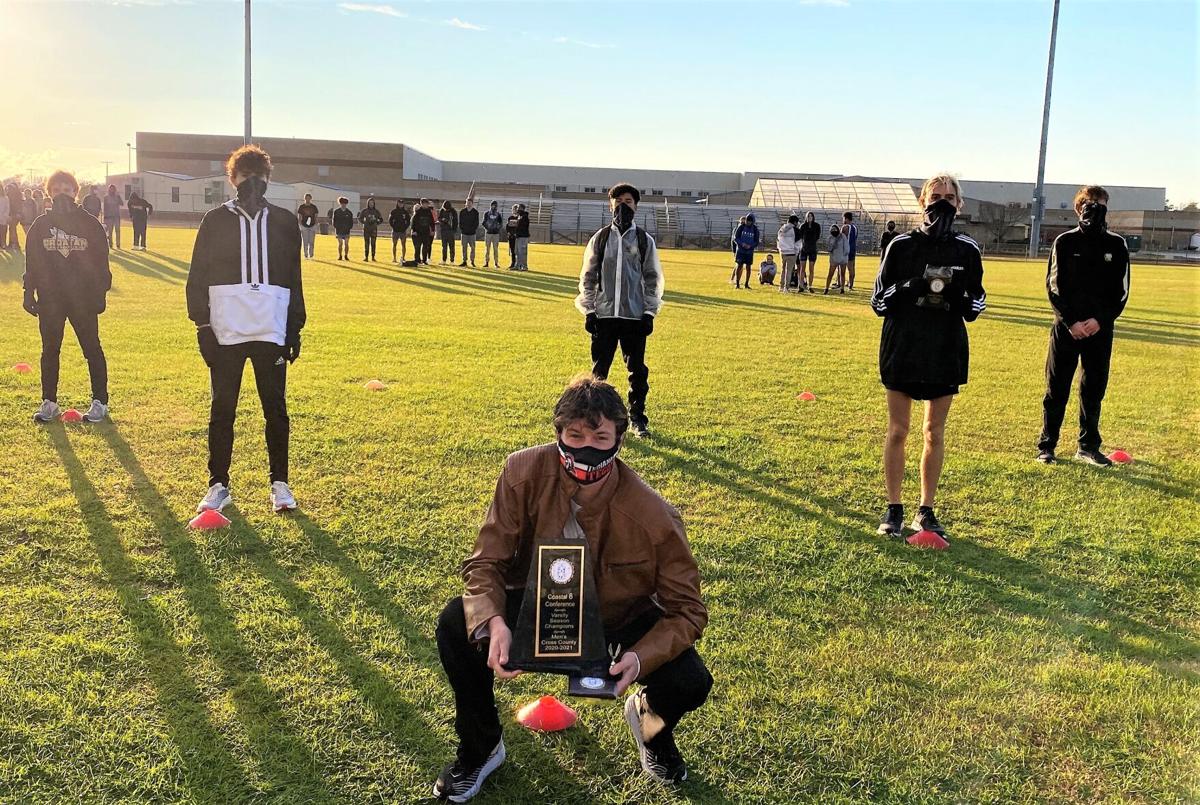 The girls outlasted the Devil Pups by only eight points to capture their eighth conference crown in a row, while the boys enjoyed a more comfortable victory, taking their meet by 19 points to earn their sixth straight league title.

“The kids ran well,” Croatan co-coach Andy Bulfer said. “We knew that we would have to run well because Lejeune looks good. The boys could win the (1A) state championship, they are that good. And the Lejeune girls are by far better than they’ve ever been.”

The girls scored 32 points to just edge the Devil Pups with 40. Richlands had 77 points and Dixon 81. The other four clubs in the conference failed to register a team score.

“All the girls stepped up,” Bulfer said. “Lejeune has come on strong. They are doing a great job with their kids. We were pretty confident the boys would win, but the girls were a question mark. We didn’t know if we could, because Lejeune is that good.”

“She was our Christmas present,” Croatan co-coach Rico Quispe said.

The junior won the meet in 19 minutes, 42 seconds.

“She got beat by the Richlands girl the time before by 20-30 seconds, so it was huge for her to step up and win that,” Bulfer said.

Richlands freshman Reagan Stapleton was the runner-up in 19:52.

Zales passed a number of “what if” scenarios to join the team in the past few weeks.

Normally, cross country season would be over in early November, but the coronavirus pandemic amended calendar pushed it into the second semester. She also came from a state in California that didn’t have fall sports, meaning she hadn’t used her junior eligibility before joining Croatan.

Avah Beikirch finished ahead of three Lejeune runners to earn crucial points with a third-place finish in 22:05.

“From No. 1 to No. 7, our girls knew they had to be in front of a Lejeune runner, and they did a good job of doing that,” Bulfer said.

The boys weren’t pushed nearly as hard as they produced an impressive 20 points to beat Lejeune for the first time this season. The Devil Pups followed with 39.

“We hadn’t run our ‘A’ team against Lejeune this year,” Quispe said. “We finally put everyone together, and they did spectacular.”

Croatan put seven runners in the top 10 with Elliott Kleckner taking first in 15:43, followed by Colten Rodriguez in second in 16:20.

The girls and boys, the latter having their sights set on a state championship this season after finishing third last year, will now host the 2A regional Saturday on their home course.

“The guys are running their best times right now,” Quispe said. “They are coming together. We’re going to have a tough race versus First Flight. It will be close. If we can beat them, it would boost our confidence going into states.”