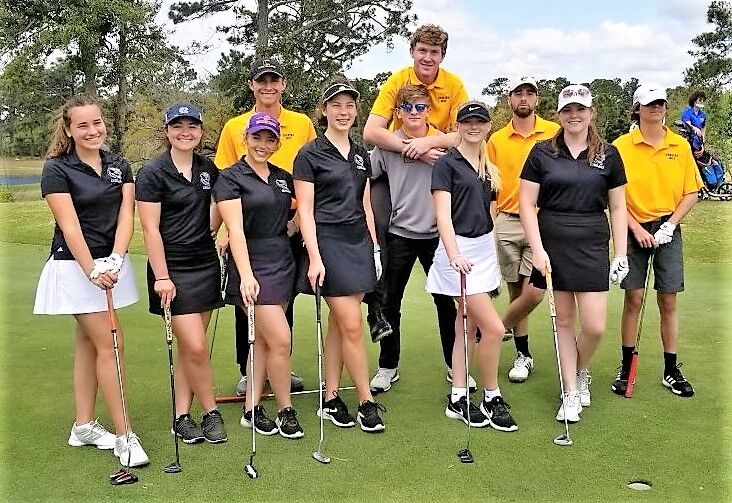 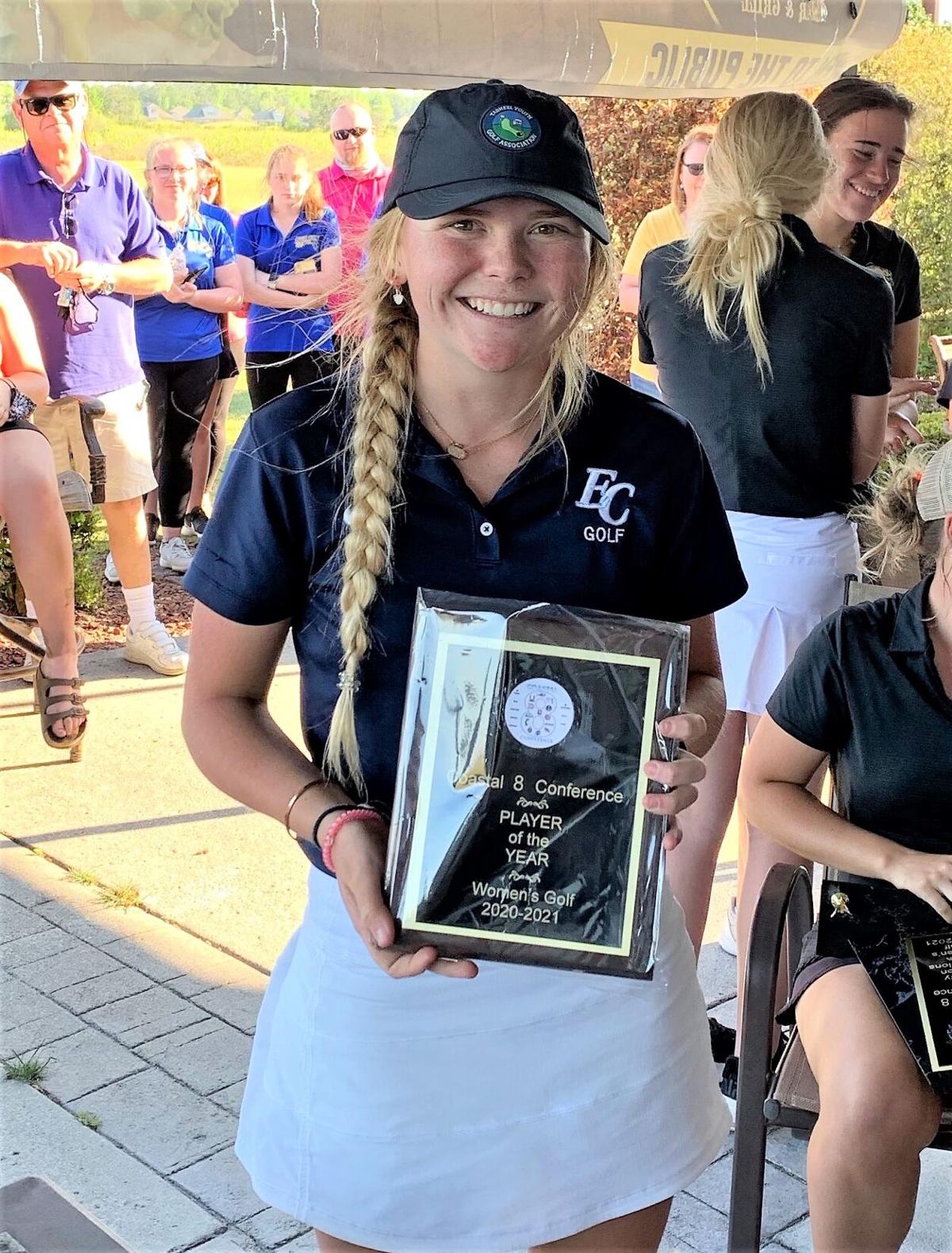 East Carteret’s Jenna Rutledge earns the 1A/2A Coastal 8 Conference Player of the Year for the third year in a row. (Contributed photo)

East Carteret’s Jenna Rutledge earns the 1A/2A Coastal 8 Conference Player of the Year for the third year in a row. (Contributed photo)

The boys won with ease over Dixon at North Shore Golf Course in Sneads Ferry, taking it by 32 shots. They scored 366 to the Bulldogs’ 398. Lejeune finished third with 410, followed by East Carteret with 438 and Southwest Onslow 444.

The Cougars ended up winning all three Coastal 8 titles – last spring was canceled due to the pandemic – and never lost a single match in league play.

“This conference has been good to us,” coach Fred Meadows said. “The boys missed last year, so this is the first time they’ve played in over a year, and they played well.”

Croatan has won four conference titles in a row going back to 2017 in the last year of the 2A East Central Conference.

The Cougars had five golfers in the top nine with Nathan Watson leading the way as the runner-up finisher with an 86.

Dixon’s Jacob Rose was named the Coastal 8 Player of the Year after shooting an 80 in the title match.

“Nathan has been our senior leader, leading us all year,” Meadows said. “He and Luke Mitchell, our other senior, have pushed the rest of the guys this season. Our younger guys have learned a lot from them, and hopefully that will carry over to next year.”

Croatan sophomore Wylie Fenton claimed third with a 91, followed by junior teammate Dominic Metcalf in fourth with a 93. Sophomore Zack Snyder took eighth with a 97, followed by Mitchell in ninth with a 98.

Riley Morris gave East Carteret its top finisher in fifth with a 94.

The Cougars also had five finishers in the top nine.

East Carteret’s Jenna Rutledge earned the Coastal 8 Conference Player of the Year for the third year in a row with an 86, followed by Southwest Onslow’s Michayla Wittner as the runner-up with an 89.

Croatan took the next four spots with seniors in the first three spots. Karson Cieslack placed third with a 92, followed by Caroline Harvey with a 98 and Emily Krohn with 101.

Freshmen were next with Parker Marion shooting a 102 and Natalie Melbard claiming ninth with 111.

“The girls did really well,” Meadows said. “Karson, Carolyn and Emily are our seniors, and they’ve played the right way, showing our freshmen how it’s done. We have a really good freshman class, and they could be something to be reckoned with in the future.”