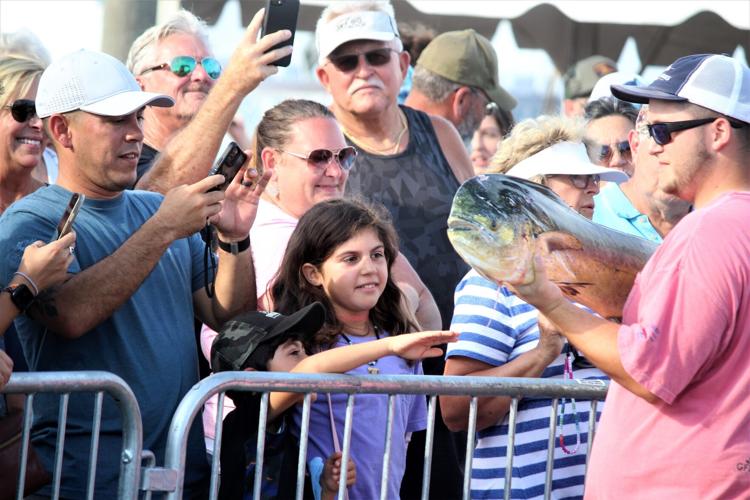 Isiah Colby reaches out to touch a 54.1-pound dolphin as his sister, Evelyn, watches on. (J.J. Smith photo) 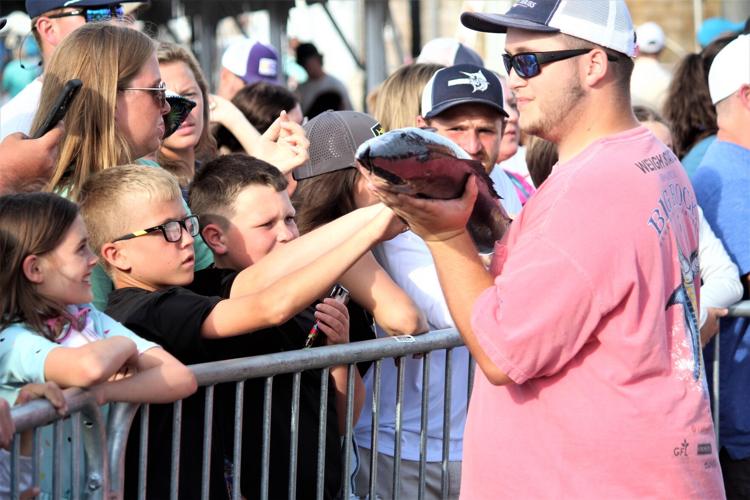 Isiah Colby reaches out to touch a 54.1-pound dolphin as his sister, Evelyn, watches on. (J.J. Smith photo)

MOREHEAD CITY — A large crowd gathered Thursday evening at Big Rock Landing to view a couple of large gamefish and a pair of blue marlins.

No one in attendance was as excited to see the fish as kids behind the security line.

A Big Rock staffer carried around a 54.1-pound dolphin brought in by Carolina Time and later a 46.3-pound wahoo brought in by Sally Girl.

“They are really big,” Blake Lauer said. “I’ve never seen fish like that before. It was very slimy.”

The West Virginia resident said he had been fishing before but never caught anything as big.

Braeden Goode, of Ohio, had also caught big fish before but nothing as large as what he saw that day.

“This is my first time here,” he said.

Evelyn and Isiah Colby were veterans of the tournament.

They started coming four years ago when their parents, Joe and Kristen, brought them to see the record 914-pound blue marlin that won the 61st annual Big Rock for the boat Top Dog.

The family is originally from California but have lived in Havelock ever since.

“We’ve seen them here before. We come every year,” Isiah said.

And yet, he and his sister were still impressed by the marlins weighed in that evening.

“This is really cool,” Evelyn said. “Those were big fish. They were really big.”