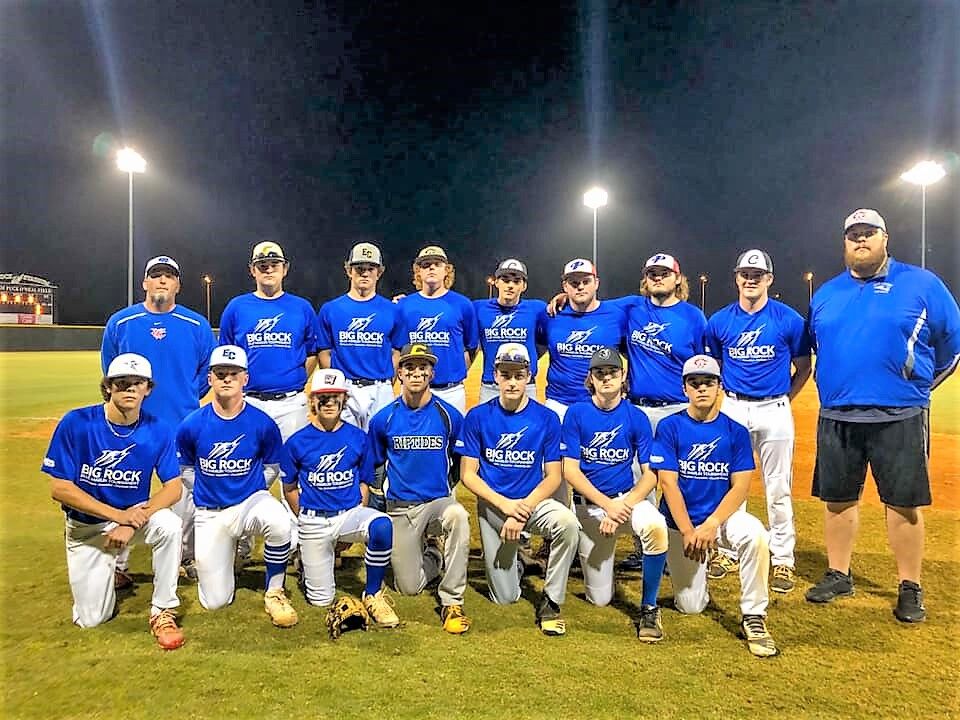 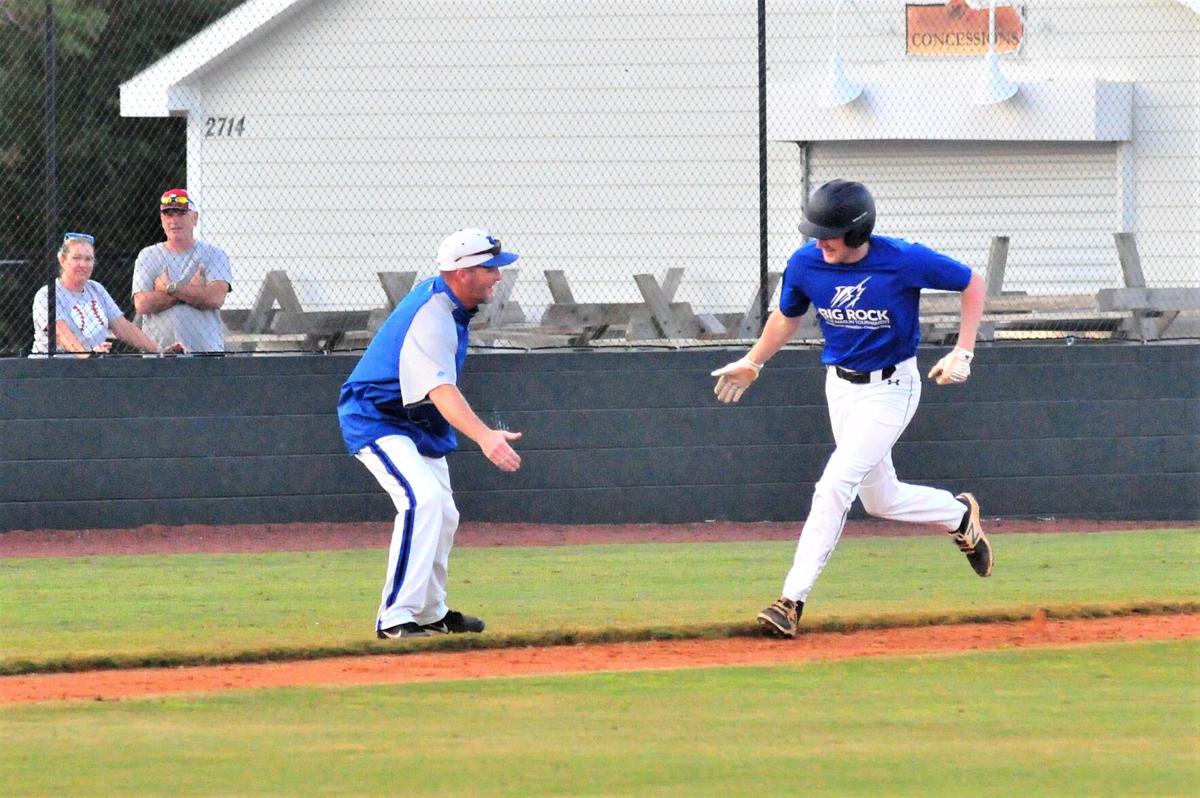 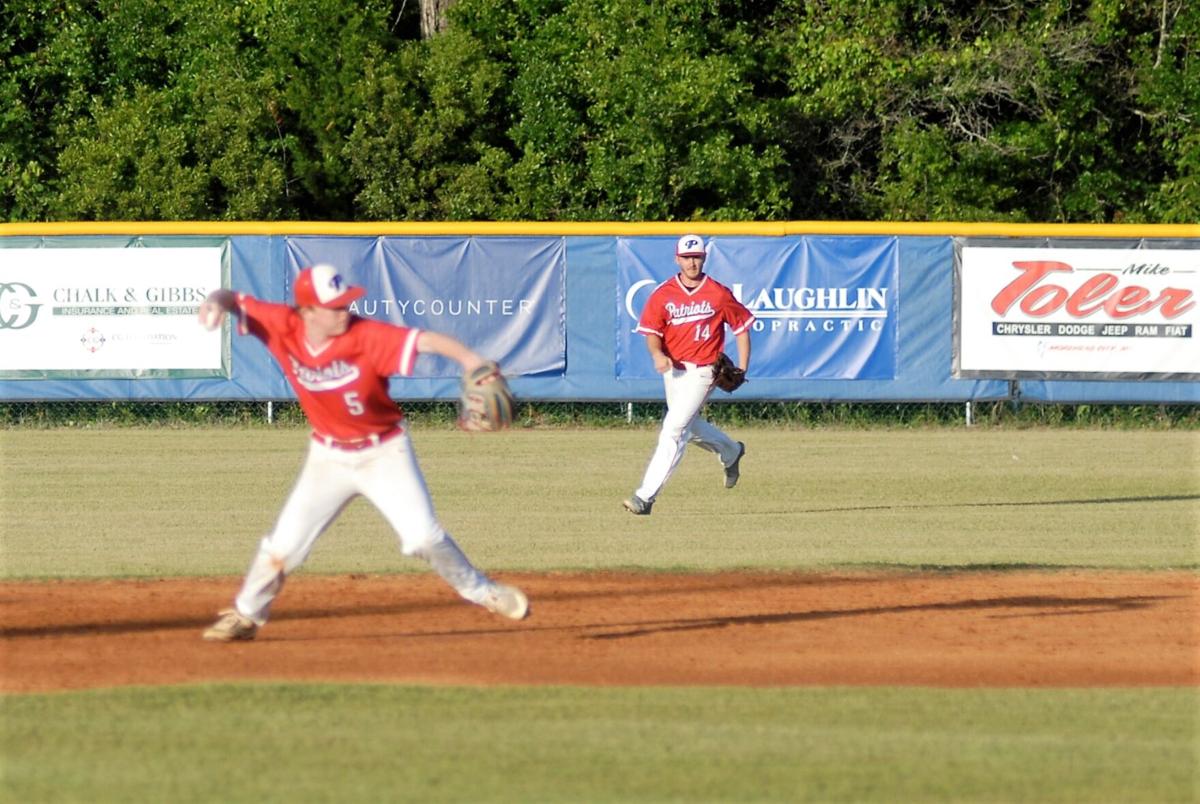 MOREHEAD CITY — Royal Blue showed why it was the best team during the Big Rock Fall Baseball League season on Tuesday with an 11-2 victory over Red.

The game served as the final one in the impromptu league that popped up in the wake of a canceled spring season due to COVID-19. Games started in late September and ran seven weeks.

“I thought the league was a big success,” Royal Blue coach Robby Lasater said. “The guys got better, and I was really appreciative to have a chance to coach my nephew (Matt Lasater). I’ve been waiting for the chance to coach him and Adam McIntosh a long time. I’ve known both of them since they were born.”

Royal Blue finished strong with two big wins to end the season. It defeated Black 11-1 in its last game on Nov. 4. Lasater was proud of his roster but pointed to the luck that went into the drafting process.

“It was really just a luck of the draw,” he said. “It’s funny, I drafted for hitting and (Black coach) Jimmy (Paylor) drafted for pitching. He wound up being the second team in the league. It just worked out that way.”

Royal Blue scored a combined 11 runs in the third, fourth and fifth innings in the win, taking advantage of seven Red errors. The team actually went hitless through three innings as Red starter Jarrett Hall struck out five batters. Hall pitched into the fifth inning before being lifted. He finished with eight strikeouts and five runs allowed, all unearned.

“He had us off-balance,” Lasater said. “We got some luck in the fifth inning, but he made it difficult before he got taken out.”

Royal Blue overcame a 2-0 Red lead with two runs in the fourth inning. Matt Lasater scored on an error and Bryson Willis on a passed ball. Red tied it in the bottom of the inning when Thomas Hernandez reached on a single and scored on Blain Norris’ double. Norris had two RBIs on the night.

Royal Blue really got its break in the fifth inning with eight runs, seeing five batters get walked and another hit by a pitch to put six runners in play without a hit. There was only one hit, but it was a three-RBI whopper of a double from Sam Hamlin that scored Bryson Willis, Gage Bohmuller and Brandon Conway.

Other runs came from Lincoln Strump and Lasater on errors, Cody Shepard and Hamlin on passed balls and Michael Brogden on a bases-loaded walk.

Royal Blue scored one more run in the sixth inning with McIntosh getting hit by a pitch to get on base and scoring on a single from Fike Griffin.

The game moved quickly enough to reach the seventh inning and give Red another chance to score. Royal Blue closing pitcher Conway shut it down with a strikeout and a flyout to first base with bases loaded and only one out on the board.

“He has been pitching great since his first start of the season,” Lasater said. “And Josh did a great job starting the game. He had a tough time with a tight strike zone – his pitches tend to come in low – but he still struck out a bunch.”

Josh Mason pitched 4 2/3 of the game, racking up nine strikeouts and five walks while allowing four hits and two runs, both earned.