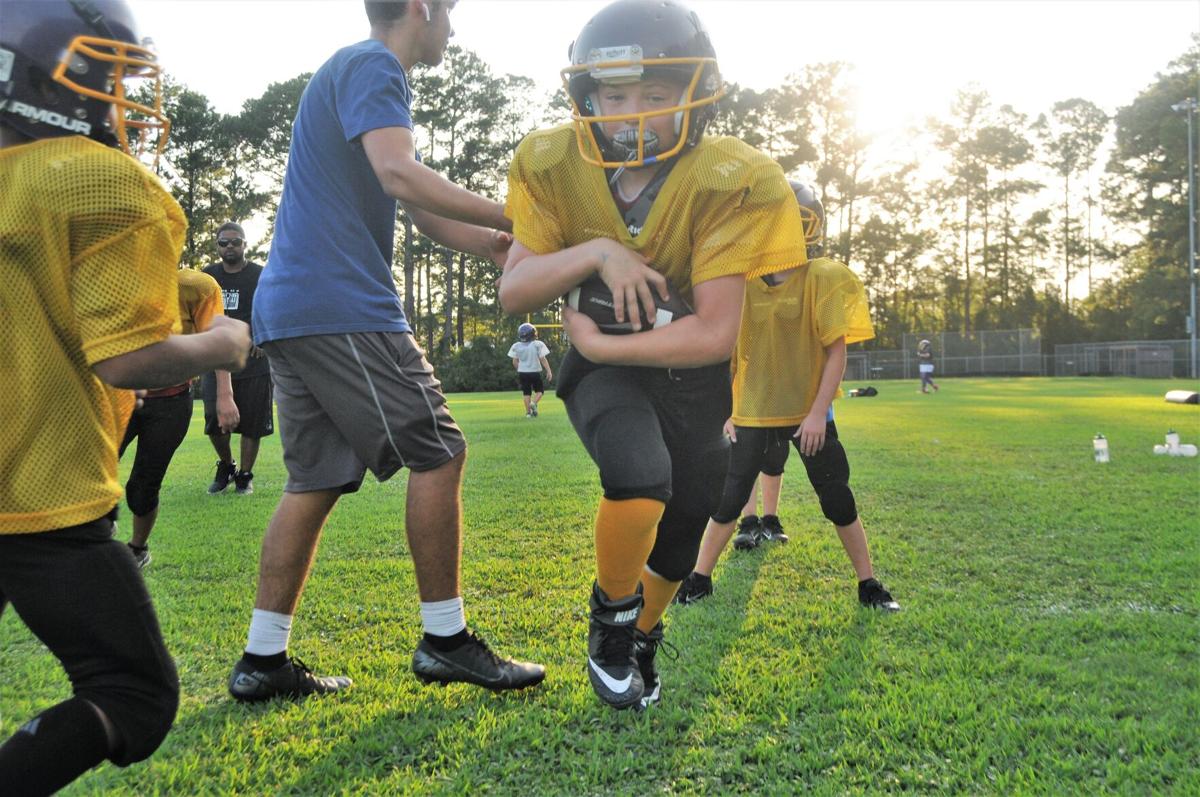 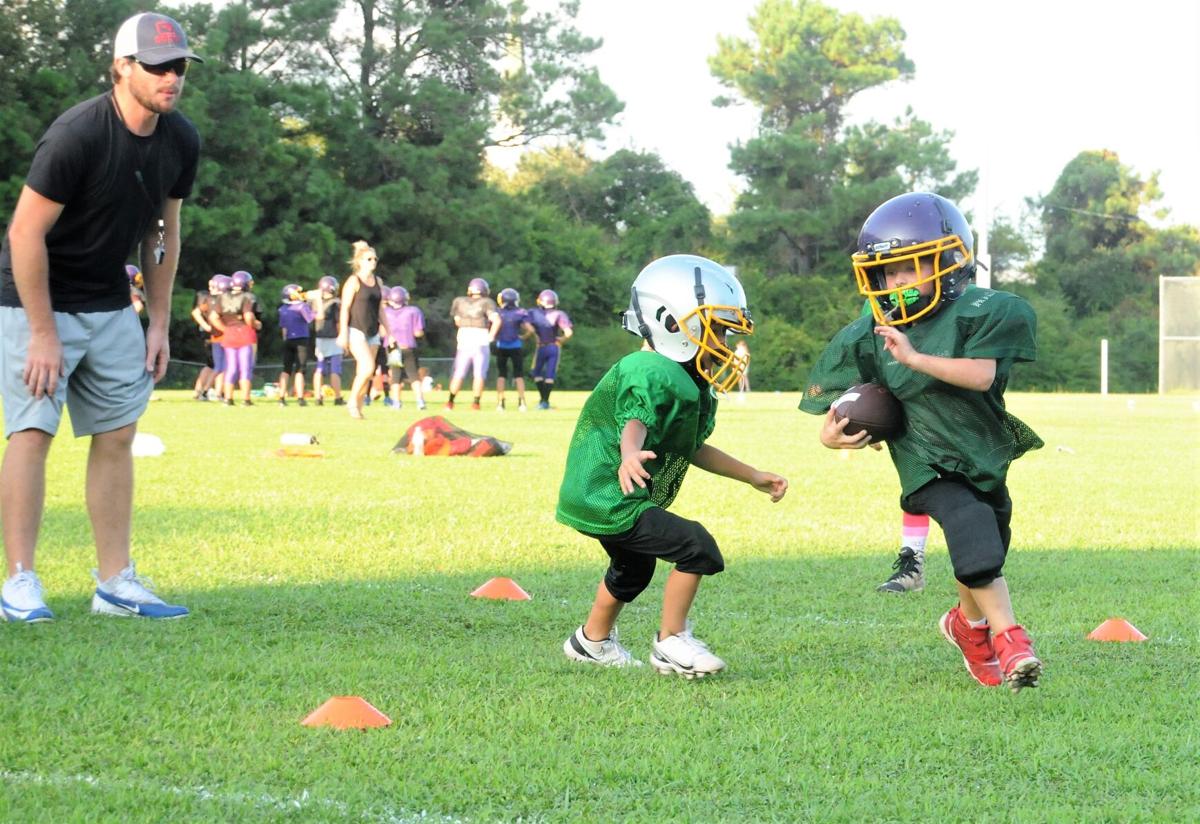 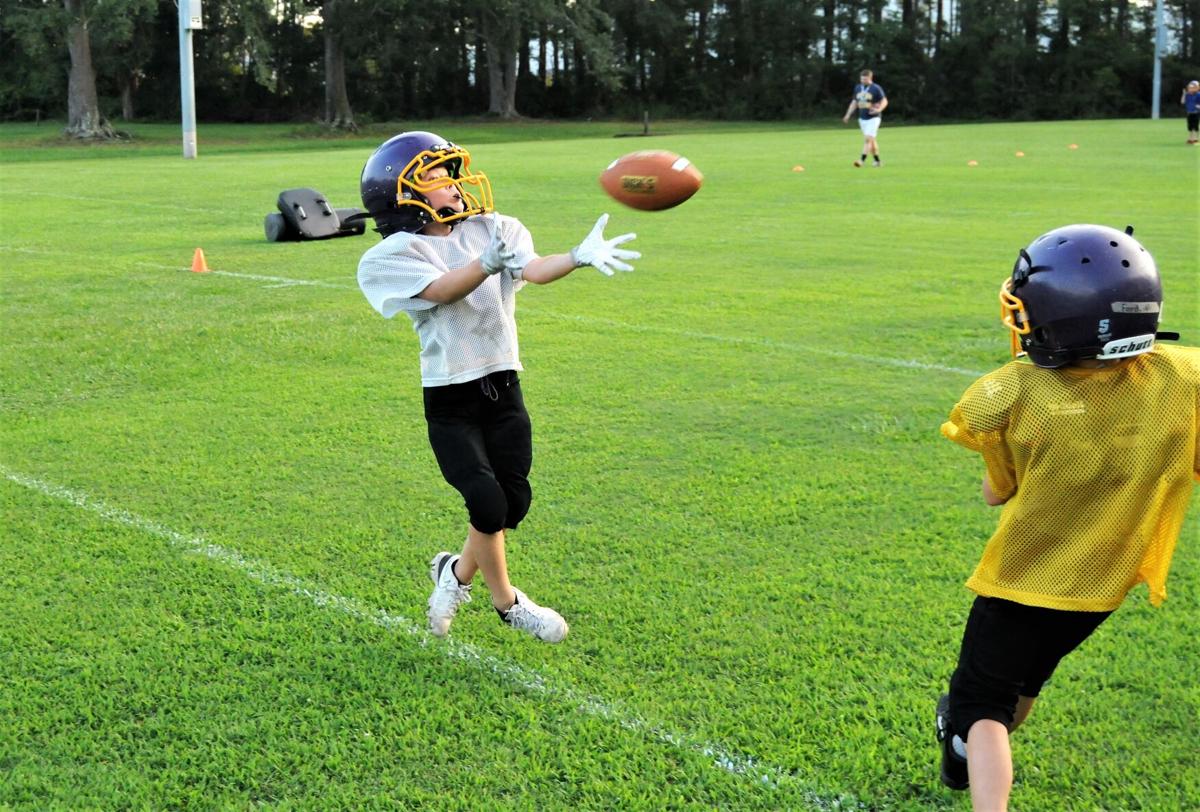 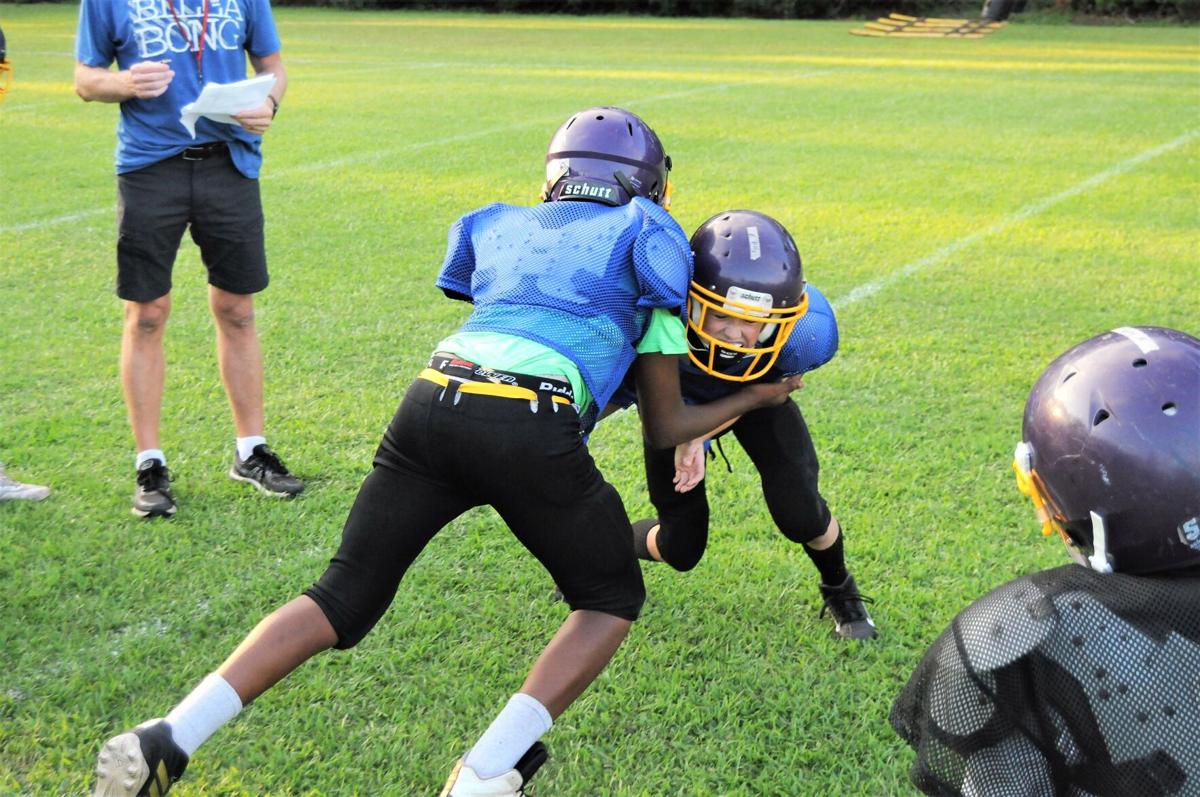 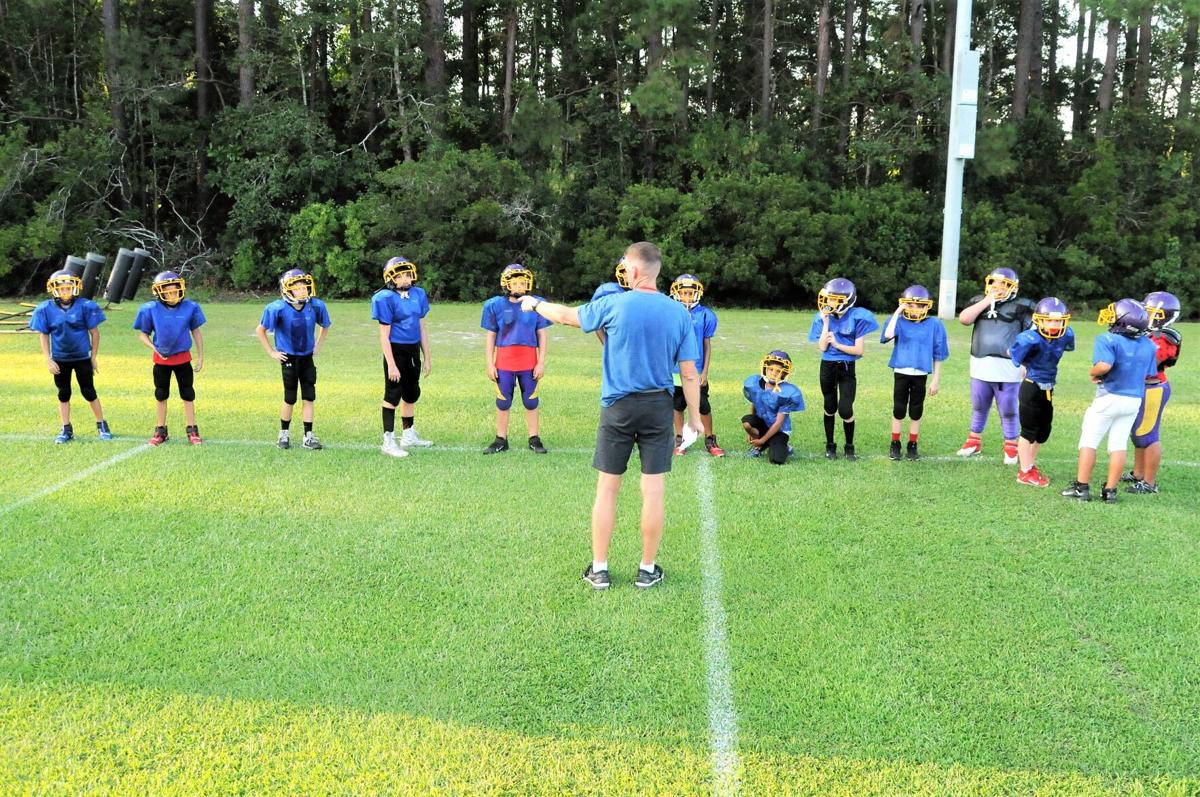 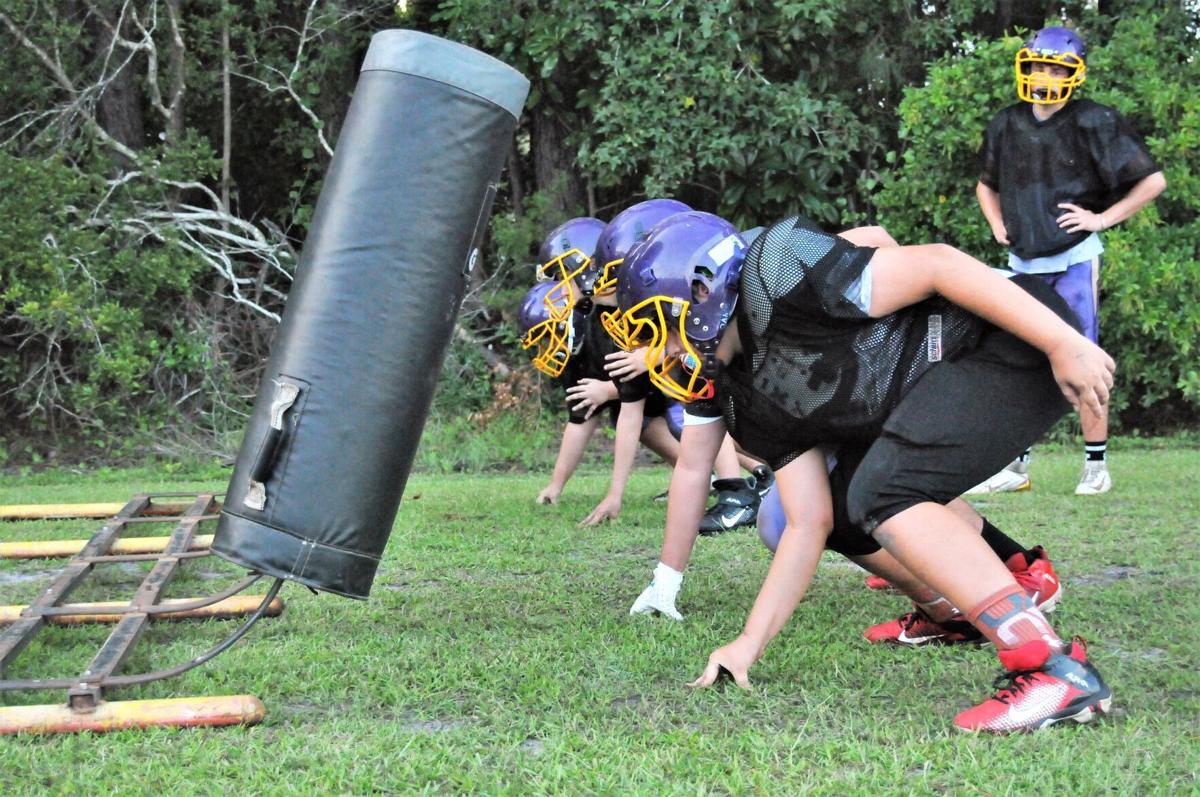 NEWPORT — The Newport Vikings will provide a rarity in the county this fall during the coronavirus pandemic: tackle football.

“We are playing because we think it is healthy for the children,” league football coordinator Mark Eadie Sr. said. “It is in their best interest to have this activity.”

The Carteret Onslow Youth Football League, in the western part of the county, has switched to flag football during the pandemic. The East Side Mariners in Beaufort canceled its league season. Morehead City and Harlowe no longer sport leagues, and just over the county line, Swansboro also no longer has a league.

Among the other leagues in Newport’s East Carolina Youth Football League (ECYFL), Pitt County, Craven County and Cove City have canceled their seasons.

“Everybody has respect for everyone else’s decision,” Eadie said. “We don’t judge the folks who have chosen not to play, and they’re not upset with those who are playing.”

Those that have chosen to join Newport and continue playing this fall include leagues in Havelock, Jacksonville, Topsail, Wilson and Fayetteville.

The ECYFL has suspended operations for the fall with hopes of returning next year. The new makeshift one-year association will go by the Crystal Coast Independent League.

“Not all members of our league are participating, so we’ve established ourselves as a coalition of independent associations,” Eadie said. “We all hope that by next fall the pandemic will be behind us and we’ll all be reunited as one happy family playing tackle football again.”

Eadie, who has been a member of the Vikings organization for 20 years, said the decision to go ahead with the youth tackle football season was unanimous among the executive board, of which he is a member.

Eadie said members of the league aren’t ignoring or denying the existence of the virus but think the science and statistics show children are not drivers of the virus and that it is less harmful to them.

Children are believed less likely to spread the virus.

And according to the latest Centers for Disease Control and Prevention report (Aug. 19), fewer cases of COVID-19 in the United States have been reported in children (age 0-17 years) compared with adults. While children comprise 22 percent of the population, data show that only 7.3 percent of all COVID-19 cases reported to CDC were among children (as of Aug. 3).

Many schools across the country have since reopened after these findings.

“I think COVID is real,” Eadie said. “I know it’s out there, but kids may be more harmed by the discontinuing of school and these activities than by COVID-19. We think it is a safe place for them to be. Is it completely safe, no? It wasn’t completely safe before the pandemic.”

Eadie said participation numbers are only slightly down from recent years. And of those who are in, they are all in.

“When parents and kids started to show up this summer, they were so grateful to have an activity,” he said. “Those who are participating are incredibly enthusiastic and appreciative. There has been no trepidation.”

Protocols are taken at practices held Tuesdays, Thursdays and Fridays next to Newport Elementary School, including taking temperatures and giving a questionnaire, including asking about traveling, exposure to infected persons, and signs and symptoms.

“We’re treating them like they do at school,” Eadie said.

Games will take place on Saturday with the first one scheduled Sept. 19. Eadie said the league will take players right up until the first game. The season will run until Nov. 14.