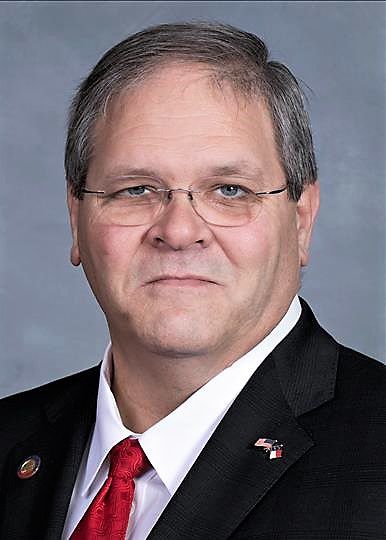 Republican N.C. Rep. Keith Kidwell of Chocowinity is organizing a lawsuit with businesses across the state, including gyms and health clubs, pushing to overturn the current phase two plan that would leave them closed until at least June 26. (Contributed photo) 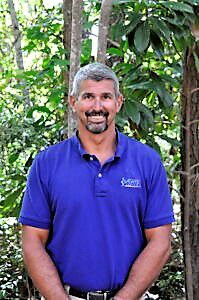 Sports Center Director Paul Director has announced the facility will fully reopen this week, with a specific day yet to be announced. (Contributed photo)

Republican N.C. Rep. Keith Kidwell of Chocowinity is organizing a lawsuit with businesses across the state, including gyms and health clubs, pushing to overturn the current phase two plan that would leave them closed until at least June 26. (Contributed photo)

Sports Center Director Paul Director has announced the facility will fully reopen this week, with a specific day yet to be announced. (Contributed photo)

MOREHEAD CITY — Across the state, a line has been drawn in the sand for health and fitness facilities.

In this county, that line turned literal when The GYM at Cape Carteret Aquatic Center owner Deanna McElmon defied N.C. Gov. Roy Cooper’s phase two plan, which began Friday and did not include reopening the state’s gyms, health clubs and fitness centers, as was anticipated.

Town police arrived at her business around noon Saturday, where McElmon was served with a written warning notifying her of the violation. No further action was taken, however, and the Cape Carteret facility remains open.

“They came in and gave me a written notice that I was in violation,” McElmon said. “They were very polite, very professional. They did not want to do this, didn’t agree with it at all.”

On social media, McElmon has received primarily support. Facebook user Katie McLane credited the decision for convincing her to become a member, saying, “We were already considering joining, but this solidified our decision. Good on you for standing firm. Plan to come this week to check out the gym.”

Another user, MaryJane Bolek, isn’t planning on transitioning to brick and mortar exercise soon, pointing to online classes as a satisfying substitute.

“I will continue with the wonderful online classes for the time being,” she said. “Still not comfortable coming inside the equipment area when others will be breathing hard and sweating. Having the live classes on Facebook is well worth my monthly fee.”

McElmon is appreciative of the community’s support and has a piece of advice for other fitness facilities.

“Just stay positive, keep your gyms spotless, practice social distancing and advocate for your members,” she said. “They need to be healthy as well.”

Across the county, the Sports Center in Morehead City is planning on fully reopening sometime this week, with a specific day yet to be announced. The business opened its outdoor pool for the Memorial Day weekend, stressing social distancing while weighing the pros and cons of fully opening the indoor facility in opposition of the statewide order.

“Ultimately, this is a balancing act, though we too wanted to open immediately to please our members who are ready to re-engage,” Director Paul Gillikin said. “We recognize the potential challenge this places on local law enforcement and public servants and didn't want to raise issues for these individuals, who are also our members, over the holiday weekend. At this point it appears we will be opening early (this) week. The date will depend on how quickly we can complete preparations.”

Anytime Fitness in Morehead City owner Jayme Limbaugh would like to open but is bound by franchise protocol.

“I am in full support of my fellow gym owners opening in spite of the order,” she said. “Due to my agreement with my franchise and billing company, I am unable to open traditionally. We are opening our sister company, Crystal Coast Wellness and Performance Center (in Morehead City), and will be utilizing both spaces. My fight is for our rights to open our respective spaces. We shouldn't have to go against any orders. It should be left up to the individual members and the business owners.”

Gyms across the state were prepped to reopen for phase two of the governor’s three-phase quarantine easement strategy Friday before the announcement Wednesday interrupted those plans. Put into a state of limbo, the businesses are now choosing to either wait it out or scramble to join a growing group of other gym owners defying the governor’s orders and reopening.

A Facebook group called ReOpen NC’s Health Clubs formed after the announcement and its members have risen to 6,000 as of Monday. A GoFundMe page for the group raised more than $20,000 in 48 hours to pay for a legal team that could organize a class-action lawsuit against the governor to overturn the decision to leave some businesses closed.

It found that team in Raleigh attorney Chuck Kitchen and Republican N.C. Rep. Keith Kidwell, the latter having already organized a successful lawsuit filed on behalf of the state’s indoor worship facilities earlier this month. Kidwell and Kitchen were teamed up to file another lawsuit on behalf of the state’s hair salons, but it went unneeded when hair salons were allowed to open Friday.

This time around, Kidwell will be spearheading a lawsuit on behalf of all businesses that have been left out of the phase two reopenings, such as bars, playgrounds and yoga and dance studios.

The News-Times reached out to Kidwell, a representative of the 79th District and a resident of Chocowinity, on Sunday.

“I’ve gotten hundreds of emails, messages and text messages who have wanted to join this lawsuit,” Kidwell said. “I’m sitting down right now reviewing all the laws the governor has used to do what he has done. We’re going to make real sure that they stand up. Nobody anticipated a worldwide crisis like this one. But too many places and people, such as our governor and certain cities and counties, have totally overstepped their authority as related to what they should and can do during a crisis like this one.”

The group’s legal argument leans heavily on a 1940 North Carolina Supreme Court case, State vs. Harris, in which the court ruled that businesses have an inalienable right to operate.

“Inalienable means a business owner can’t be separated from that right,” Kidwell said. “The way we look at it, we have a high likelihood of overturning this. The governor has been told by the courts that he overstepped his authority with the churches, he chickened out when it came to the hair salons because he knew he’d lose, and he’s going to lose again here with the gyms. I hate that I have to do what I’m doing. I don’t seek to cause a ruckus if we don’t need to, but we’re looking at serious constitutional violations here.”

Unlike some businesses, which were able to remain open in some capacity, gyms and health clubs have been closed for two solid months, seeing a significant drop in membership with no revenue on the books. The funds granted through the Paycheck Protection Program to pay for overhead and keep employees on the payroll will also soon dry up.

In defense of reopening gyms and health clubs, Kidwell pointed to the health benefits fitness facilities provide, not only for exercising but for medical purposes.

“These gyms are not just a place for people to hang out and make themselves look good,” he said. “This is a place where police, firefighters and nurses go to work out and to make themselves more capable for their jobs. These are places that do rehab work for people who have had strokes or lost limbs, people who really need physical therapy. It’s not a vanity thing, it’s a health issue. The better condition you’re in, the less chance you’ll have an issue if you get COVID-19.”

The push to reopen all businesses is not uniformly supported, with some gym owners expressing reticence of the legal gray area reopening in opposition of state law presents. Ben Austin, owner of Ben Austin Personal Training in Greensboro posted to the ReOpen NC’s Health Clubs page, “Is anyone concerned that their liability insurance may not cover them if they aren’t following laws, regulations and guidelines set forth by the government? It’s one reason I’m very hesitant to open up the indoor part of my business.”

There is also the matter of the warnings and citations that will no doubt be doled out to businesses that take the plunge to reopen. Kidwell said there is active legislation moving through the state government that would retroactively reduce those fees drastically and reverse any loss of business licenses during this period of transition, but that there is little to no chance it would be signed by Gov. Cooper.

“He’s not going to sign that,” Kidwell said, “but we’re confident it would be one of the first orders signed when (hopeful) Gov. (Dan) Forest is sworn in.”

The novel coronavirus’ numbers continue to fluctuate during this time of push-and-pull between the state and its business owners. The state has reported it has met three of its four benchmarks, but that there is still an increase being seen in lab-confirmed cases. The state reported 1,107 new cases Saturday, the first time the number of new cases in one day has topped 1,000 since the pandemic began.