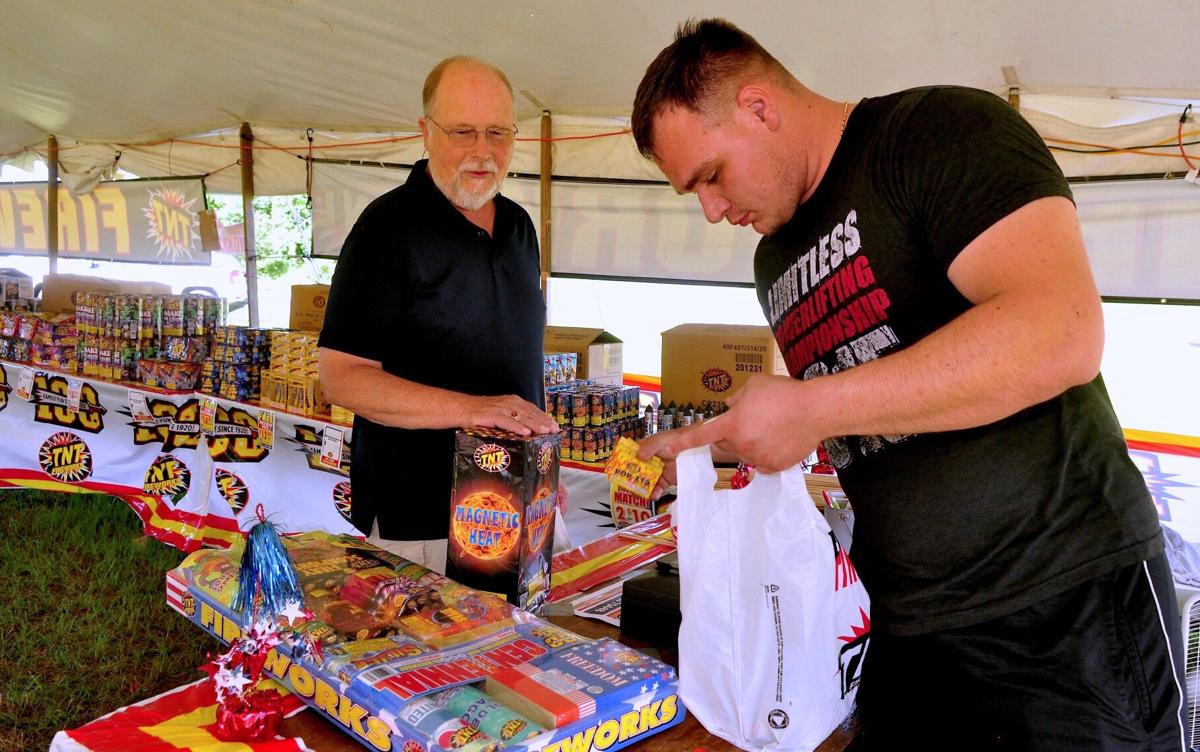 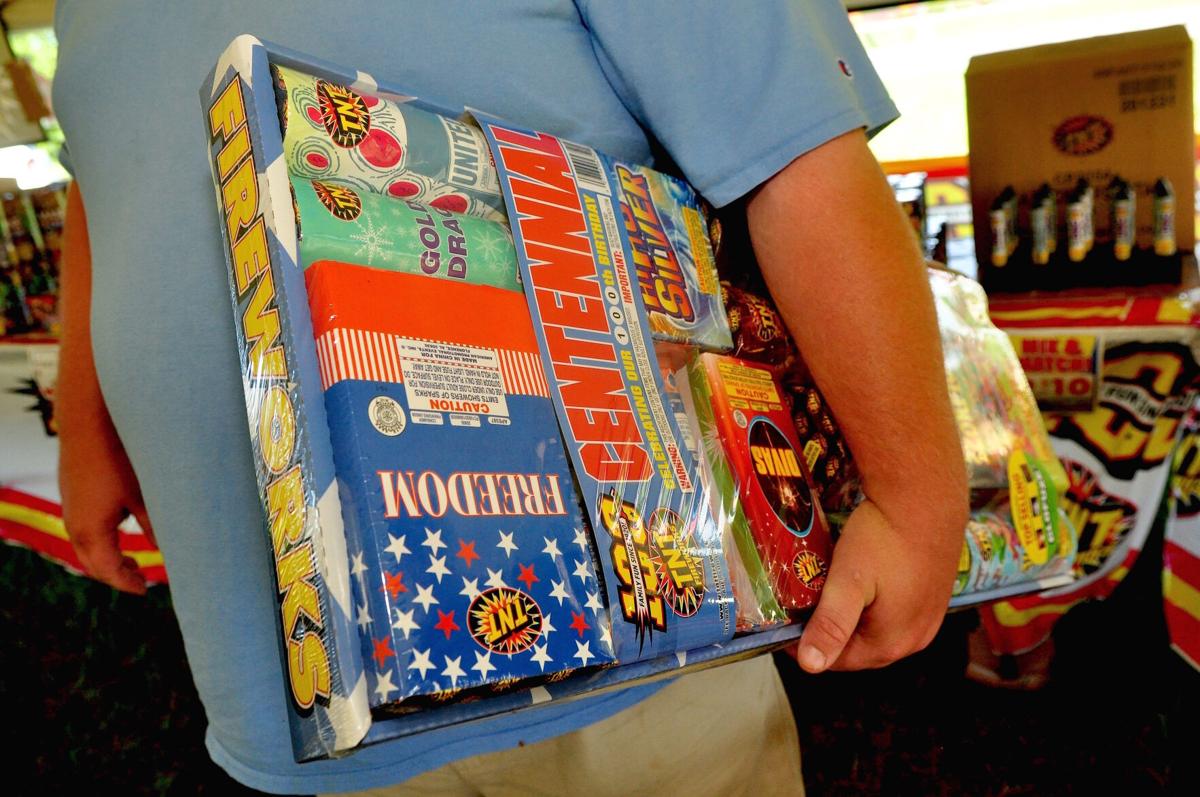 MOREHEAD CITY — Neal Stetson of Mill Creek was in search of fireworks Tuesday at one of the stands set up in Carteret County this week for Fourth of July celebrations.

“I have six grandkids coming and I need to get a mix of things for the them to enjoy,” he said as he browsed through a large assortment of fireworks at the TNT stand near Lowe’s Home Improvement in Morehead City. “They like the really big ones.”

As visitors and residents prepare for backyard Fourth of July celebrations with fireworks Sunday, officials encourage them to keep safety in mind.

“When using consumer approved fireworks, adult supervision should always occur in an outside open area,” County Fire Marshal Eddie Lewis said. “Adults in charge should have an adequate water supply such as a bucket of water.”

As for fireworks that are permissible for home celebrations, Mr. Lewis said they are generally classified as sparklers, fountains and novelty fireworks. Items that do not explode or are not intended to spin or leave the ground and fly through the air are legal. If it’s purchased from a vendor in North Carolina, it should be legal, according to Mr. Lewis.

If purchasing fireworks from a vendor, state law requires the purchaser to be at least 16 years old. A violation of fireworks laws is classified as a misdemeanor, which may be punishable by a fine of up to $500 and/or imprisonment for up to six months, depending upon the level of violation. The laws cover transport, display, storage, sale, possession and use of fireworks.

If a person decides to set off fireworks, they are liable for any injury, death or destruction of property, under the law.

The National Fire Protection Association, or NFPA, recommends allowing small children to use glow sticks instead of sparklers.

Mr. Lewis provided a list of safety tips regarding the use of sparklers:

Don't forget your surgical mask for every participant!

And never fill a toy balloon with acetylene and O 2 - and light it with a string soaked in gasoline. Never do this- but if you do wear ear protection.

I love the 4th when my neighbors get out and shoot their fireworks at all hours of the night. They are real careful to not launch them anywhere near their house, of course the rest of the neighbors houses are fair game.