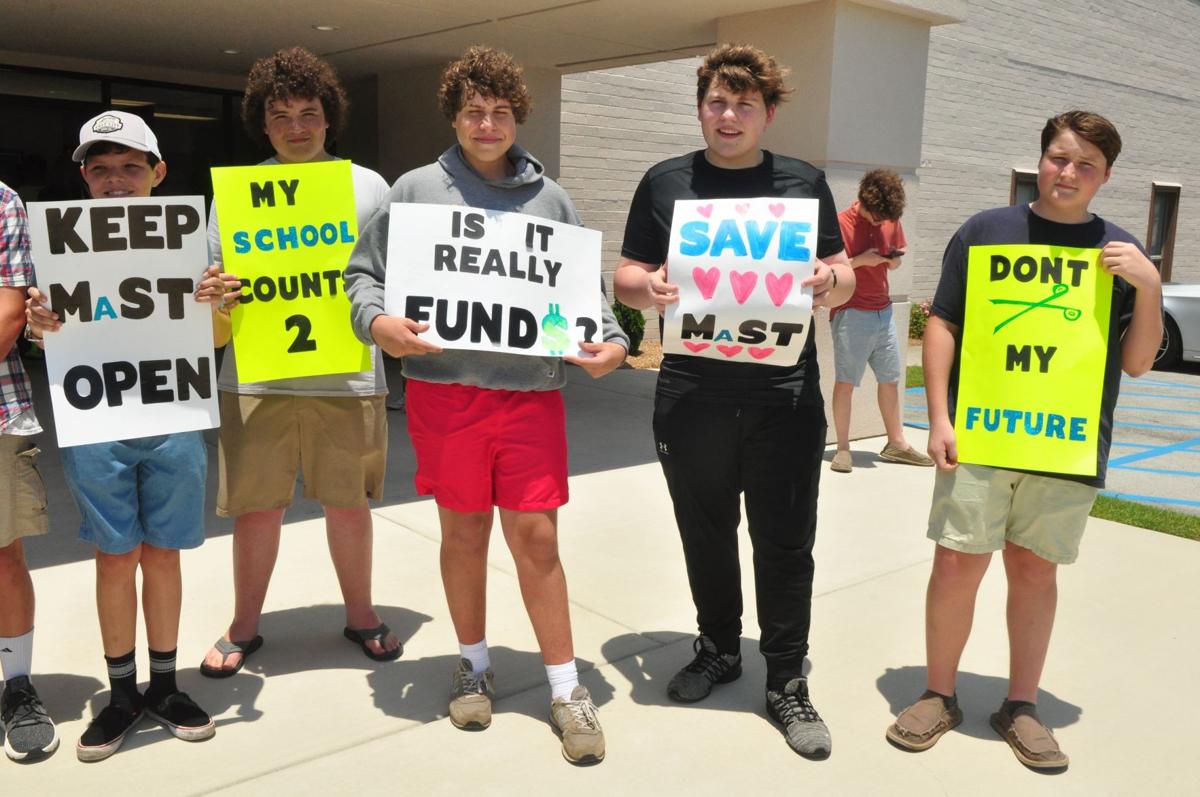 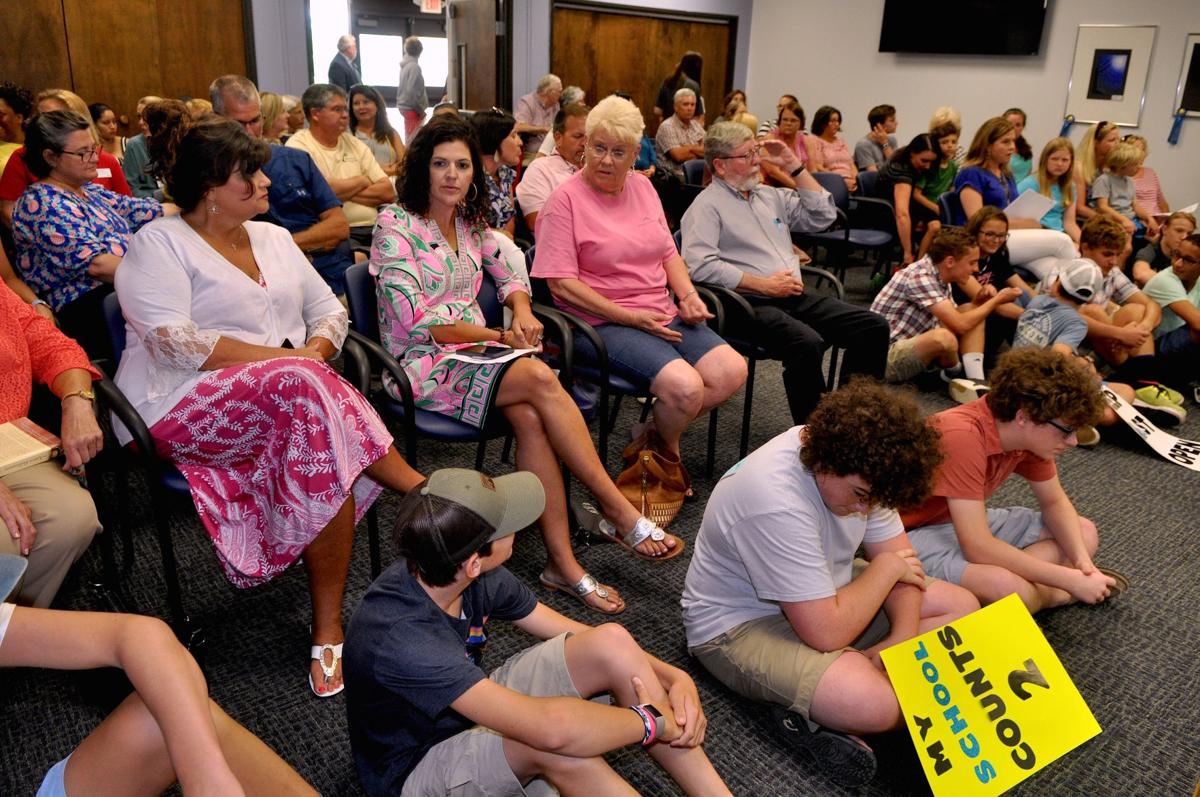 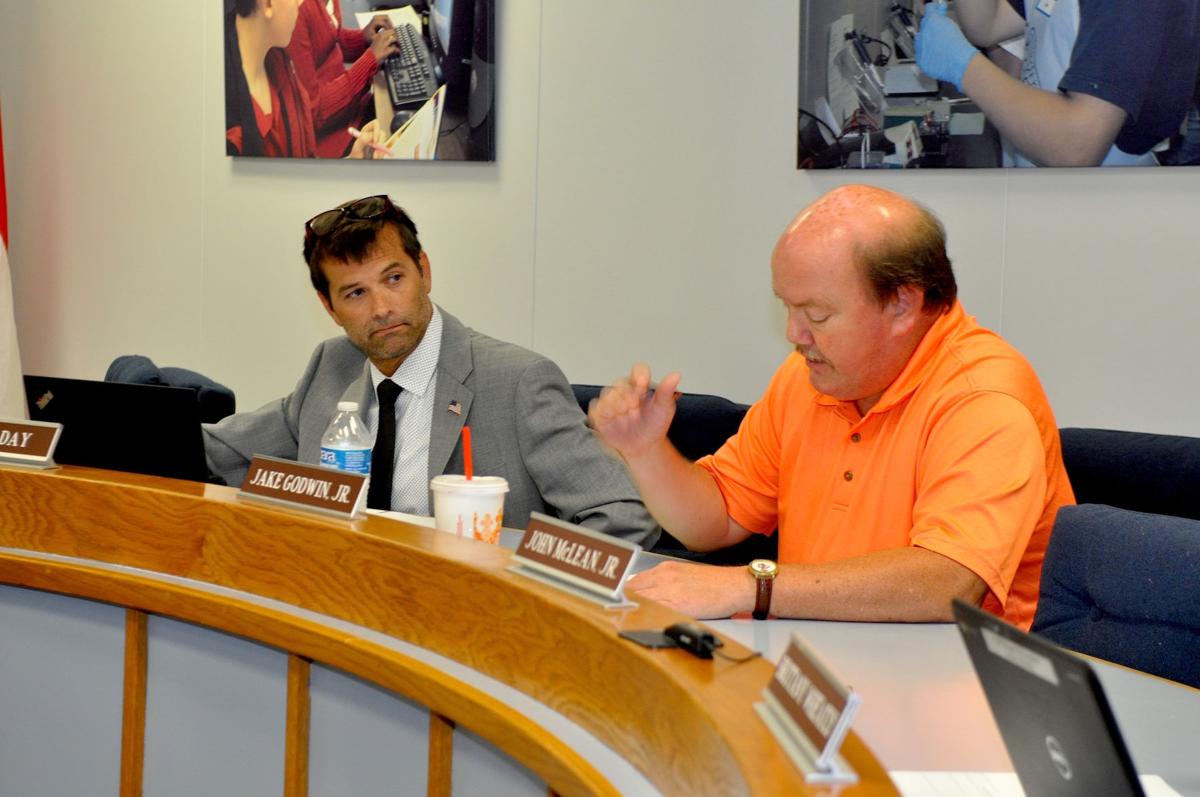 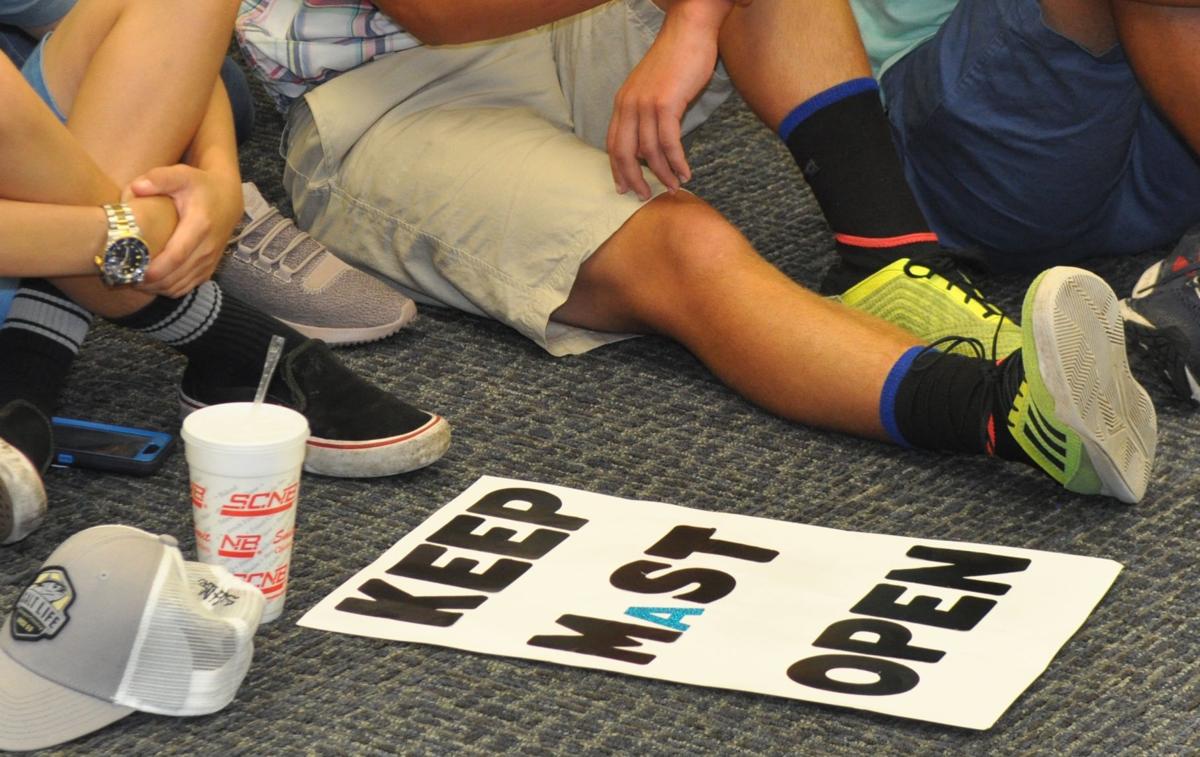 BEAUFORT — As a packed room of upset parents, students and supporters listened, the County Board of Education voted 4-3 Thursday to close the Marine Science and Technologies Early College High School.

BOE Chairman Travis Day, during the special meeting in the school system’s boardroom, made the motion as follows: “I move that we act on the recommendation of the Board of Commissioners to use local funds previously allocated for MaST to fund as many unfunded teaching positions as possible. This will leave the MaST Early College High School unfunded and will result in the school needing to close.”

The motion was followed by heated discussion between board members, with Melissa Ehlers and John “Bubba” McLean, who were both out of town and attended via a telephone conference call, appealing for the board to wait two more weeks to get additional information, including the possibility of other funding sources, to keep the school open.

“What is the harm in waiting two more weeks?” Ms. Ehlers asked. “As far as I’m concerned, today is a false deadline. This is a travesty and a disservice to students, parents and county taxpayers.”

Following the meeting, MaST Principal DeAnne Rosen said she was disappointed in the vote, but thanked all those who supported the school.

“I personally felt the support from Ms. Ehlers and Mr. McLean,” Ms. Rosen said. “I do feel the rest of the board of education did not advocate for MaST at the state level and local level.”

After lengthy debate and heated comments from some parents in the audience during the meeting, Mr. Day called for the vote. Those voting to close the school were Mr. Day, Clark Jenkins, Ms. Wheatly and Kathryn Chadwick.

Those voting against closing the school were Ms. Ehlers, Mr. McLean and Vice Chairman Jake Godwin, who at first abstained from voting because he wanted further information. However, Jane Gordon, the board’s attorney, explained that unless there is a conflict of interest, school board members must cast a yes or no vote.

“Then you’re voting with us, that you want to wait to get more information?” Mr. McLean said after hearing Ms. Gordon’s comment. Mr. Godwin then agreed to vote no, saying he needed further information. As such, the motion to close passed 4-3.

The issue of keeping the school open has been a hot topic, with county commissioners voting Monday to reassign $185,000 in local MaST funding to save 7.5 teaching positions at other county schools that are expected to be cut because of state and federal budget cuts.

Commissioners said Monday they weren’t comfortable funding the second year of the high school because of concerns the state legislature might not pass a budget that includes funding for early college high schools. MaST, which operated this past school year on the campus of Carteret Community College, is one of hundreds of community colleges throughout the state waiting for the governor and state legislators to make their decision.

That’s why Mr. Day said he wasn’t comfortable waiting to decide what to do about diverting the funds from MaST to fund the teaching positions on the chopping block.

“I hope you can understand the situation from the board of education’s perspective, as we are trying to make financially responsible decisions that will best serve our entire school system,” Mr. Day said. “All other considerations aside, from a financial perspective, we would not be able to continue MaST without state funding. Unfortunately, the decision on state funding will likely not be confirmed until well after the school year starts. We cannot continue to kick the can down the road.”

This led to a response from Mr. McLean, who said the school board faces waiting on a state budget each year, sometimes into the fall, but they continue to operate.

Mr. Day responded the problem was Superintendent Mat Bottoms and his staff needed to make decisions now regarding hiring teachers and reenrolling displaced MaST students back in high schools in their home districts.

Ms. Ehlers asked Mr. Bottoms if it would hurt his staff to wait two more weeks before making a decision regarding the school.

Mr. Bottoms said he would abide by whatever the board decided, but “we hire teachers in July every year.”

He added that if the school closed, the employees at MaST would be reassigned to other schools and no one would lose their job.

MaST, which opened last August, started with 50 freshmen. The next class, 50 new freshmen, have already been accepted for the 2019-20 school year and notified.

While the Senate version of the new budget contains $180,000 each year for three years for MaST, the House version currently does not include funding. The state budget is still being debated, which is why parents also questioned the need to vote so hastily to close the school.

Plus, CCC President Dr. John Hauser said Monday during the commissioners meeting that the college was prepared to provide financial and faculty support to keep the school open.

Following the meeting, MaST parent advisory council chairman Andrea Beasley said, “I’m extremely disappointed with our elected officials. They didn’t advocate for MaST and I know for a fact that some of our board members reached out to state legislators and told them not to fund our school. I’m really at a loss for words. We lost our last chance today. Even if the state votes to fund the school, it’s over.”

Ms. Beasley, who had home-schooled her students until last year when MaST opened, said she would not reenroll them in the public school system.

“I’m going to home-school them,” she said.

Ms. Beasley is the daughter of News-Times Publisher Lockwood Phillips.

Students, many of which cried following the meeting, said they were devastated at losing their school.

“I don’t understand why our school is selected to close,” said Porter Quinn, who was a rising sophomore at MaST.

As for what happens now, Mr. Bottoms said staff would “begin the enrollment process into other high schools. We will do everything we can to make sure their (high school) schedules work.”

Ehlers attempt to delay a vote would give her time to promote her agenda of closing Harkers Island & Atlantic to fund MaST. She doesn't care about children out of her district nor is she fiscally responsible. Remember her name on the next ballot. Vote for ABE !!! (Anyone But Ehlers)

Terrible news! Bottoms continues to prove he’s a terrible leader for our schools. This was an incredible opportunity for our county and children. This school was going to continue to grow and become a very important piece of our pie. Bubba continues to show he has the kids and families. This should be revisited!

Editor's note: Matt Bottoms had nothing to do with this decision. It was the Board of Education who decided to close the school. He is required to carry out their mandates.

Dear Andrea Beasley, Please setup a go fund me site! I’ll be the first to pledge. $185,000 in two weeks is a very reachable goal.

This is what happens when you make school board elections partisan. We used to have a board of knowledgable people who put students over politics.