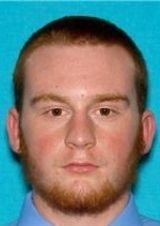 NEWPORT — The Carteret County Sheriff’s Office has suspended the search for a missing Newport man, but the case remains active.

The CCSO announced Thursday evening the search for 20-year-old Joshua Clauson of Newport, who was last seen May 29 in Croatan National Forest, has been suspended. The announcement comes after a reportedly extensive search for the man, who went missing from his Lake Road home after going out for a walk in the forest.

Officials suspended the search just after 6 p.m. Thursday evening. The CCSO was assisted by dozens of agencies from the county and across the state.

Carteret County Sheriff Asa Buck told the News-Times Friday the rescue phase of the search has been suspended and they’re now moving onto recovery.

“We’re planning on searching the area more in the future in hope of finding evidence that will assist in this investigation,” the sheriff said. “If Mr. Clauson is still in the woods, we’re concerned about (dangers from) the environment and lack of food or water.”

More than 200 trained search and rescue professionals reportedly assisted in the areas of Lake and Rams Horn roads and near the Carteret-Craven County line. They were assisted by several K9 handlers.

Aerial searches were also conducted by N.C. Wildlife and the N.C. Highway Patrol, as well as aerial drones.

Sheriff Buck said in his office’s official announcement Thursday the search area proved to be challenging due to extremely dense vegetation.

“(Aerial) searches were severely limited due to the thick canopy making it impossible to see the ground throughout most of the area,” he said in a release. “Dense vegetation made it difficult for search teams to move throughout the area while conducting their searches as well as limiting their visibility on the ground level.”

The search has proven hazardous to rescue personnel, as well. Sheriff Buck told the News-Times Thursday a tree branch fell and hit a searcher that afternoon. The sheriff said the injury wasn’t life-threatening, but the searcher may have broken a bone.

While the search has been suspended, the missing person case remains active, the CCSO said, and anyone with information is asked to call the office at 252-728-8400 or Carteret County Communications at 252-726-1911.

According to a family member, he was wearing a khaki tank top and blue jeans on the day he went missing.

Sheriff Buck said Friday it’s not unusual for missing persons searches to last several days. This also isn’t the first time someone has gone missing in the Croatan.

“A couple years ago, a young man and woman were lost in the woods for approximately two days until we were able to locate them and get them out of the forest,” the sheriff said. “We’ve had other instances of people being lost for shorter periods of time and being able to find their way out on their own or finding their way out with the assistance of others.”

Another example the sheriff mentioned was three juveniles who were lost in the forest west of Tom Mann Road. Sheriff Buck said they were lost for one day before being recovered and extracted.

Reporter's note: This article was last updated at 3:58 p.m. Friday, June 4, 2021, to include more information from the sheriff.