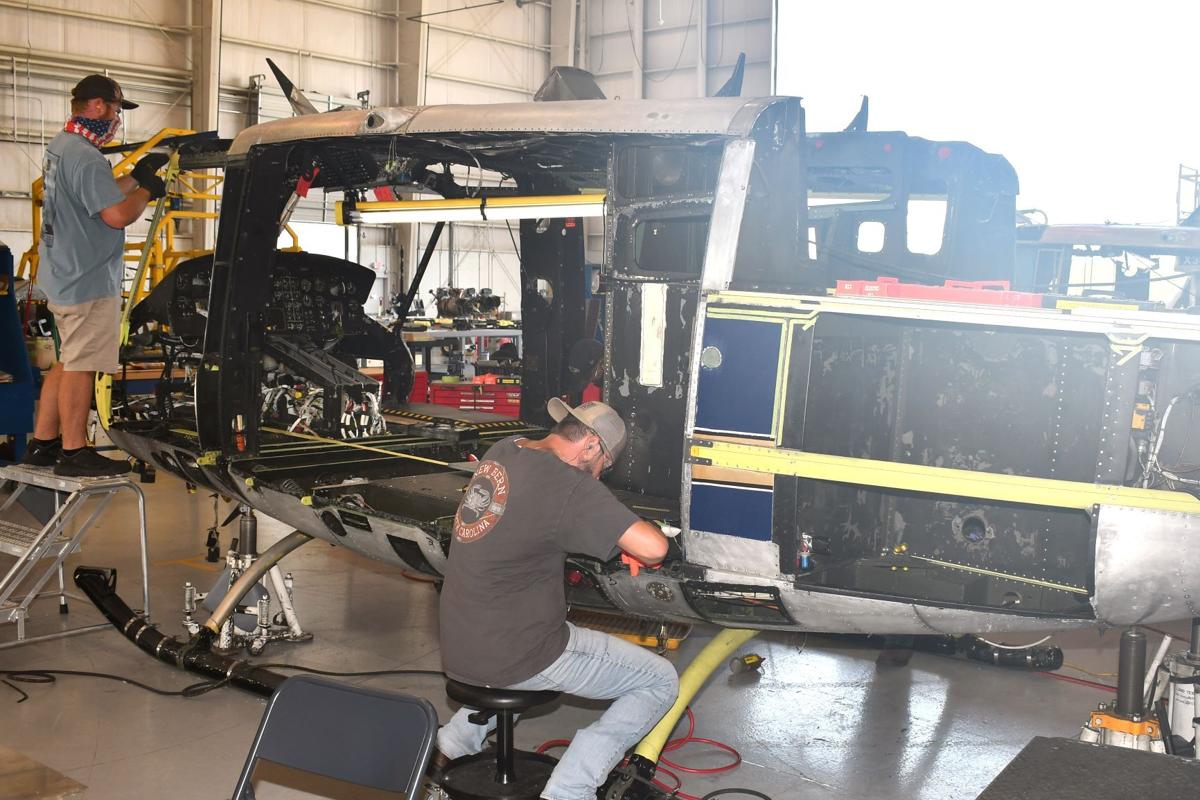 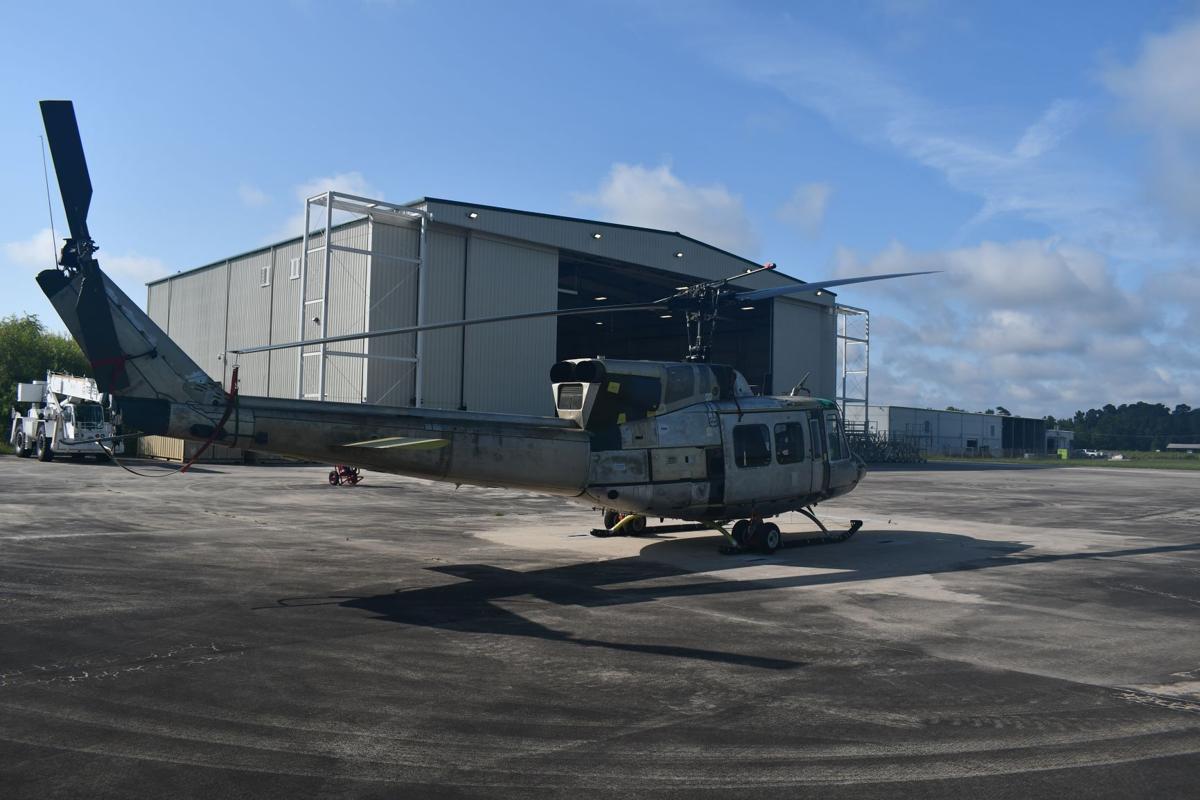 Logistical improvements brought about by the new location helped the team complete service on the aircraft more than 40 days ahead of the average turnaround times the H-1 line posted while based at FRC East’s primary facility at Marine Corps Air Station Cherry Point, said Allen Broadway, H-1 branch head at the depot. The Kinston location, which opened in March, offers a dedicated space for the H-1 line while allowing the depot to reclaim hangar space at Cherry Point in support of the V-22 Osprey and H-53 heavy-lift helicopter programs.

The recently completed aircraft was in repair phase for 91 days, while the last six H-1 aircraft at FRC East averaged 130 to 140 days. Mr. Broadway said he could attribute the improvement to many factors but, above all, the success lies in having all of the H-1 line’s logistical elements present in one place and the working partnership between FRC East and the Global TransPark.

“Our workforce has always had the skill to be able to do this,” he said. “However, having a dedicated warehouse for material, having the production controllers full-kit each repair with all the parts needed, and not having non-essential items stored in the shadow of the artisans – all of this makes a difference.”

Using these advantages to turn the H-1Ns quickly and get them back to the U.S. Air Force makes a real-world impact in military aviation readiness, noted Matthew Pitts, the H-1 deputy branch head and test pilot. The H-1 is a Vietnam-era aircraft and the need for scheduled maintenance services remains high, as the Air Forces uses the helicopter for a wide variety of missions.

The logistical improvements extend from operations in the hangar to testing on the flight line, Mr. Pitts said. Time savings in towing the aircraft to the flight line, fueling and coordinating airspace can combine to shave days off turnaround time.

“From the flight side of things, we’re not competing for resources with the other aircraft lines,” Mr. Pitts explained. “We have shortened the wait times for the aircraft to get towed from the hangar and fueled by having a dedicated tug vehicle and fuel truck. The minutes saved during these evolutions add up to hours in the end.”

“Things here are going very well,” he said. “The majority of the artisans seems to really like it here, which I think is also a positive part of the reduction in turnaround time – of course that helps.”

While the facility remains small compared to the primary depot in Cherry Point, it has grown since March. The number of workers on the line has grown from 12 to just more than 80 working across three shifts, with 50 of those being artisans, nine contract personnel and the rest covering functions including administration, production control, aircraft evaluators, quality assurance and tool and parts attendants.