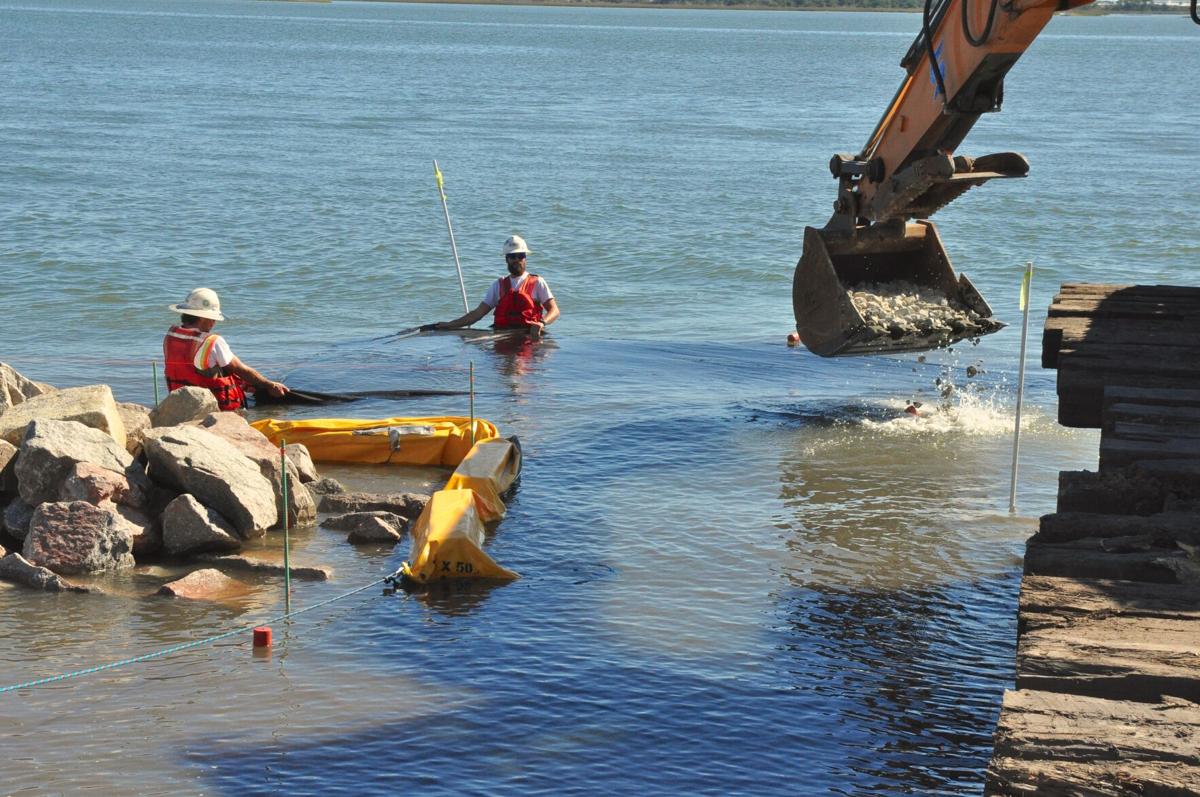 Workers with TA Loving install a membrane Oct. 14 near the shore of Carteret Community College as part of a shoreline restoration project. (Cheryl Burke photo) 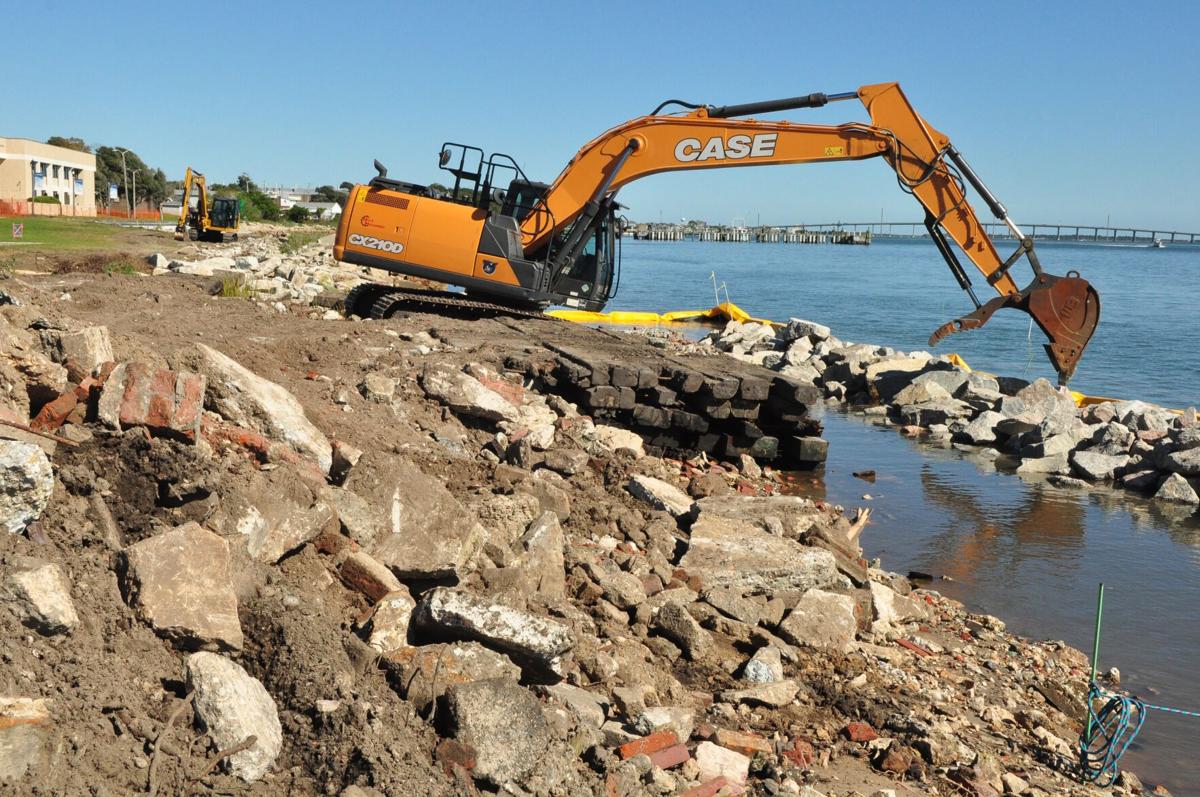 MOREHEAD CITY — Work is under way on a $1.7 million shoreline restoration project at Carteret Community College.

“TA Loving has begun staging and removing the old rubble from the shoreline,” CCC Vice President of Operations and Facilities Steve Sparks said during the Oct. 13 meeting of the college’s board of trustees. “The seal locations have been staked and a construction site plan has been submitted. Work will begin initially on the west end of the shoreline.”

The project includes restoration of 1,400 linear feet of the campus’ shoreline that was damaged by Hurricane Florence in September 2018. That is half the length of the college’s total shoreline.

Along with that work, one pier and two observation decks will be built. The decks will be constructed on the west and east ends of the campus. The pier, which will be located mid-campus, will include a floating dock and kayak launch.

The living shoreline at CCC will consist of a series of granite sills with landward salt marsh grass plantings, similar to construction methods used in front of the Center for Marine Sciences and Technology building on the west end of the campus.

The college partnered with the N.C. Coastal Federation to submit a proposal to build a living shoreline along Bogue Sound property to reduce further erosion, while also protecting and restoring valuable salt marsh habitat.

CCC received $812,555 of a $2.7 million grant award from the National Oceanographic and Atmospheric Administration/National Fish and Wildlife Foundation Emergency Coastal Resilience Fund to put toward the project. The remainder of the grant will provide another large-scale living shoreline along Highway 24 in between Swansboro and Cedar Point that will be done in partnership with the federation and the N.C. Department of Transportation.

The remainder of the funds for the CCC shoreline project comes from Federal Emergency Management Agency funds and a special allocation from the N.C. Community College System hurricane relief funds.

Mr. Sparks said the project is scheduled to be finished by the end of March. The federation is expected to start seeding marsh grass plants in mid-March.

A couple of decks will be nice. Great views from back there.