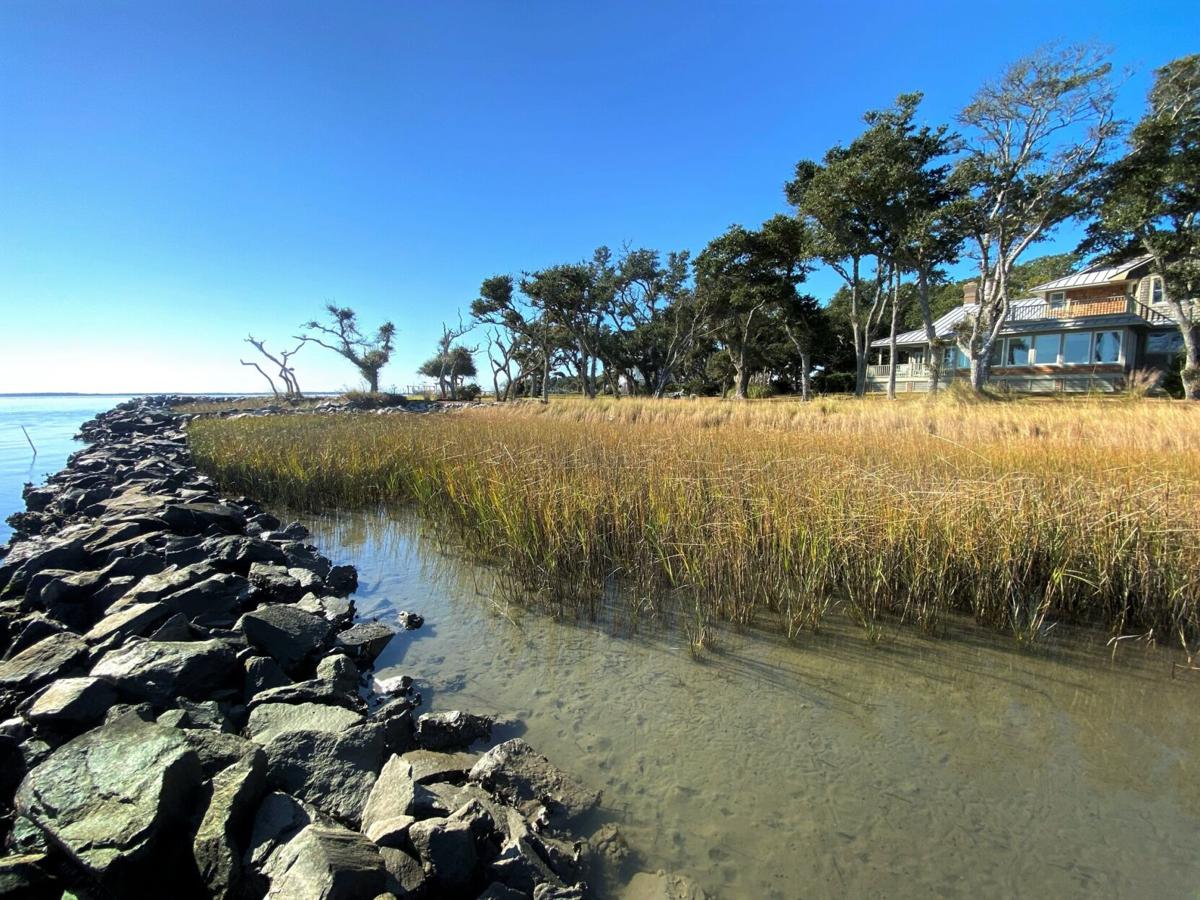 A living shoreline grows at the water’s edge near a house in Beaufort recently. Such structures are among the recommendations in an amendment being considered to the state’s Coastal Habitat Protection Plan. (Sarah Bodin photo) 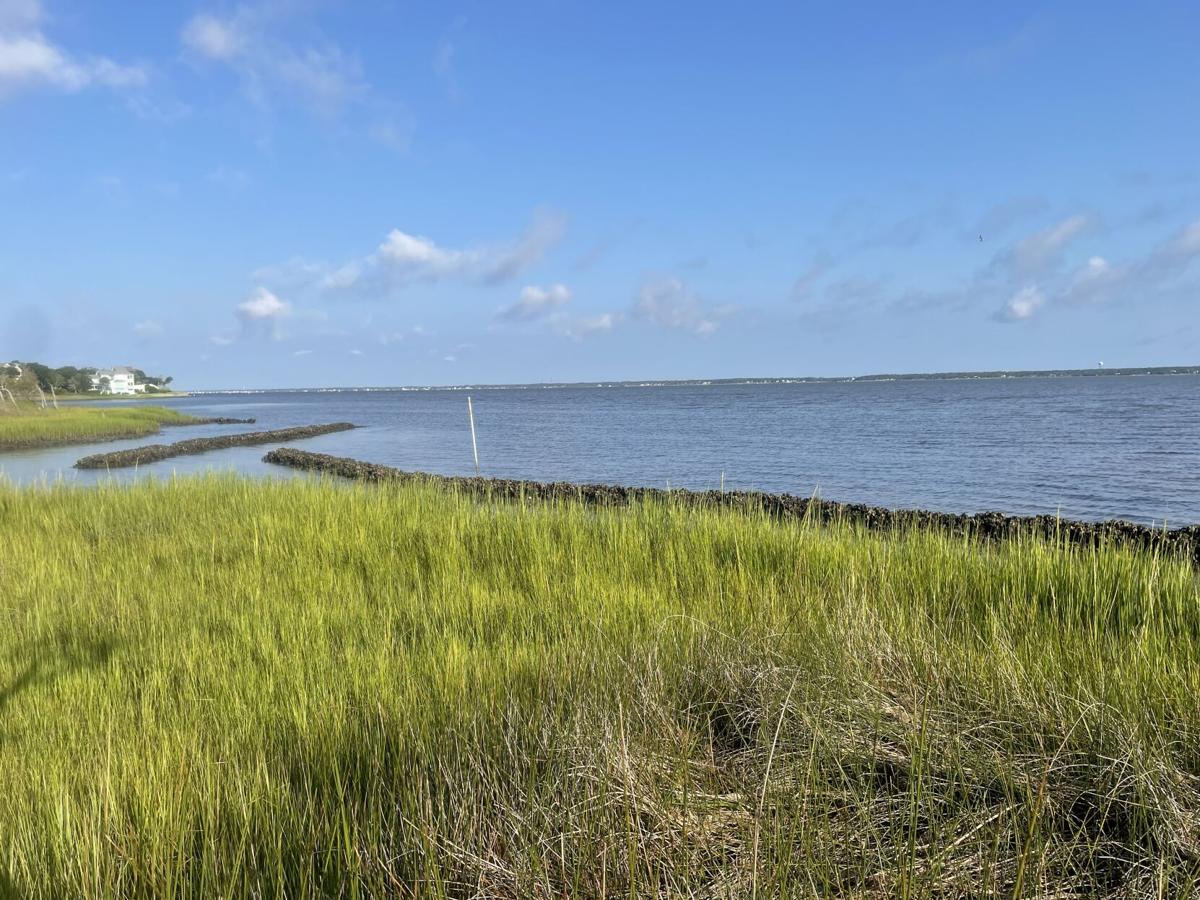 A living shoreline grows at the water’s edge behind the N.C. Aquarium at Pine Knoll Shores recently. Such structures are among the recommendations in an amendment being considered to the state’s Coastal Habitat Protection Plan. (Sarah Bodin photo)

MOREHEAD CITY — All three state commissions reviewing the 2021 Coastal Habitat Protection Plan amendment have granted their approval, moving the amendment along to the N.C. Department of Environmental Quality for review.

One environmental organization that helped create the draft amendment is hopeful the plan will help avoid fish kills and seagrass die-offs in the future. N.C. Coastal Federation Executive Director Todd Miller said in a Monday email to the News-Times the amendment focuses on improving water quality to protect and restore coastal habitats.

“In particular, it addresses the connection between too many nutrients running off the land into our estuaries and declines in submerged seagrasses as a result of algal blooms that reduce the clarity of the water and limit the ability of sunlight to penetrate through the water to these grasses,” Mr. Miller said.

The CHPP, first adopted in 2004, is a longterm plan for enhancing coastal fisheries through habitat protection and other efforts. The DEQ’s CHPP Steering Committee developed the amendment, which has a suite of recommended goals and actions, including researching the benefits of living shorelines, developing flood-proofing strategies for wastewater infrastructure and partnering with outside organizations to create coastal vulnerability assessment tools.

Bogue Sound, located in Carteret County, is one location that may benefit from the amendment’s focus on seagrass habitats. Mr. Miller said the sound has some of the largest historic declines in seagrass habitat along the state’s coast and the federation is encouraging property owners to reduce stormwater runoff and install living shorelines.

The NCCF helped create the amendment by organizing a group of private stakeholders to recommend voluntary actions to reduce nutrients being washed into the estuaries.

“One of the major recommendations of this group was to form a private/public partnership to engage stakeholders to work with government to help implement many of the management actions outline in the plan,” Mr. Miller continued.

As the plan heads to the DEQ in Raleigh, the NCCF expects it will be “fully supported by DEQ leadership and the N.C. General Assembly.”

“It imposes no new laws or rules, but simply outlines a coordinated work plan for everyone to follow over the next five years to try to safeguard marine fisheries habitats,” the executive director said.

The federation isn’t the only area environmental group that supports the CHPP. Coastal Carolina Riverwatch program coordinator Rebecca Drohan said the organization supports the efforts of the amended plan, providing public comment during the amendment process.

She went on to say coastal habitat protection is important to Carteret County and the rest of the state coast due to the lost of native coastal habitats, which directly impacts water quality.

“I participated as a member of the workgroup formed by the Coastal Federation and the Pew Charitable Trust that helped to formulate the recommendations,” he said. “The only way I believe that the county may oppose the CHPP amendments is if the intent of the recommendations is misconstrued and non-practical regulations, that are many times ineffective and burdensome, result from this.”

All these good intentions will fall upon deaf ears.40 years ago we had seagrasses,clams,oysters,crabs and summer flounder along 12th st beach on Bogue sound all the way past Swansboro.Now look what our city and county leaders have allowed.Local legislation will be a wink and a nod for more uncontrolled development.

Way too little , way too late . The polluters are firmly entrenched and well connected .

This article sounds like the results of the climate change party in Glasgow . Elbow rubbing , back slapping and endless blather about what they might could do . Bottom line , nothing .

Relax The new channel from the EI boat launch will save the sea grass. For sure. It is the reason stated for deepening the channel. We are safe. But remember save the sea grass so Walmart can sell baskets made of - you guessed - sea grass." Chaos rules as usual. Sea Grass today and global warming tomorrow.