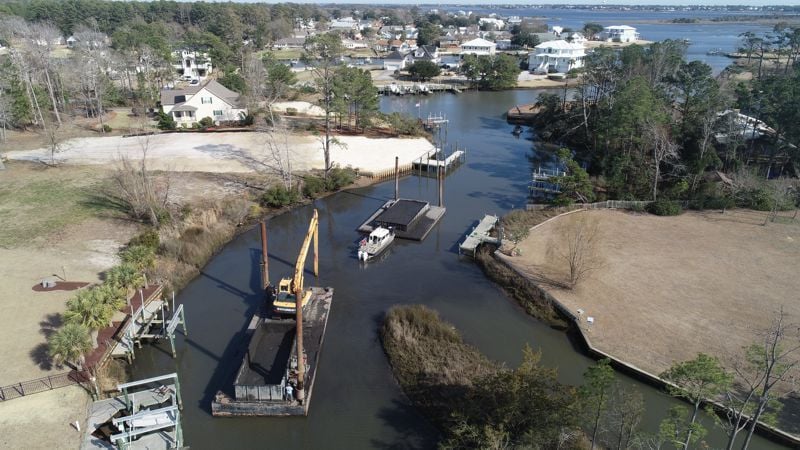 The Carteret County Beach Commission believes the County Shore Protection Office needs a second employee, one to handle dredging projects, like this one in Deer Creek in Cape Carteret earlier this year. (CCSPO photo) 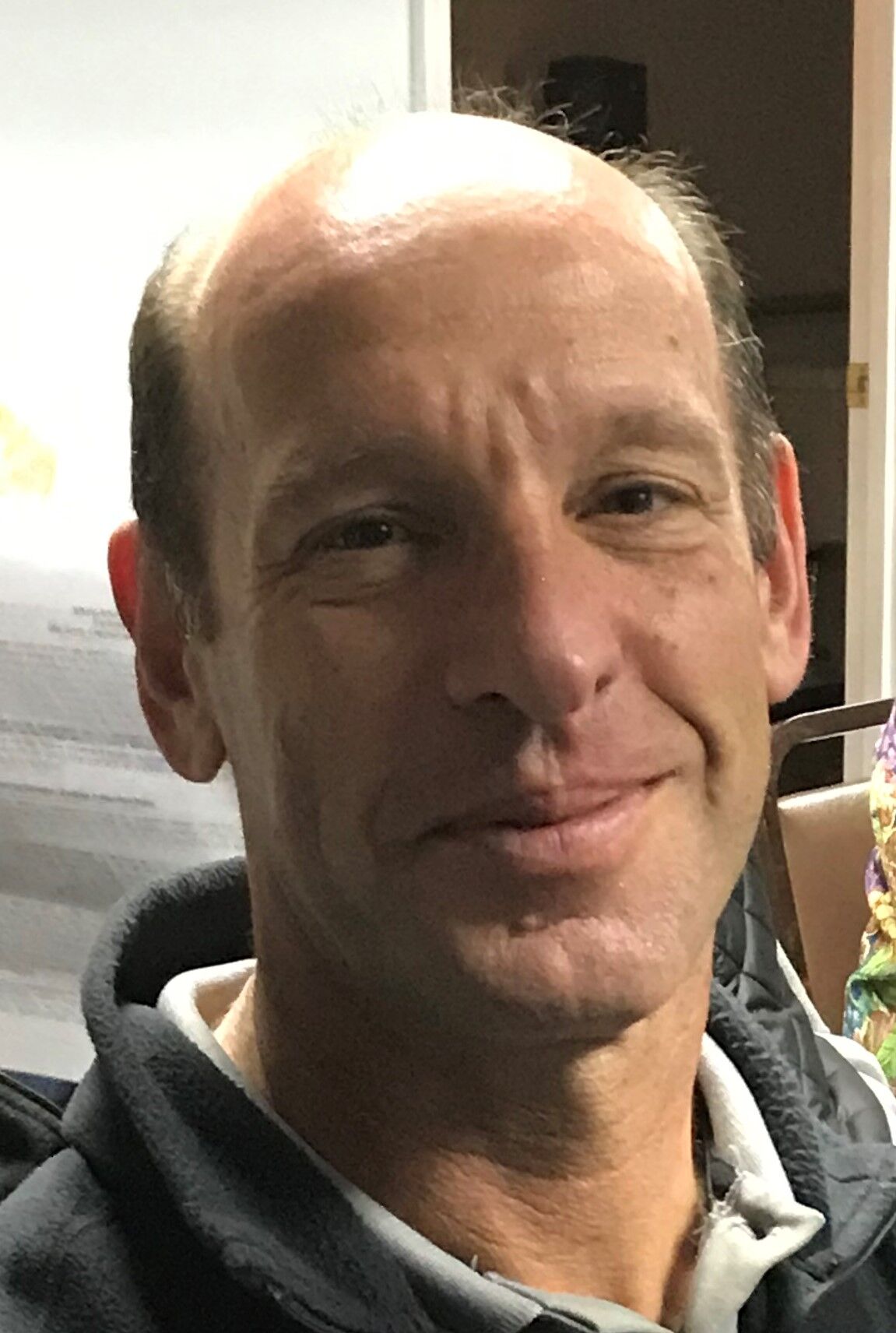 EMERALD ISLE — The Carteret County Beach Commission, during its meeting Monday, explored the idea of bringing in a second person to work in the County Shore Protection Office.

The concept is to at some point hire a water resources and resilience manager under Shore Protection Office Manager Greg Rudolph. In concept, that person could manage waterway dredging projects and possibly some other issues not related to beach nourishment.

Finding funding and developing beach nourishment projects, along with managing them, was the intent of the office when it was established in 1997, but the scope of the duties has grown.

In addition, commissioners, during their meeting in Emerald Isle, discussed the possibility of the person hired getting trained in-house to eventually take over for Mr. Rudolph. He has not said he is planning to retire, but in 2027 will mark his 30th year on the job.

“The young man needs some help,” said commission member Doug Guthrie, who represents all of Bogue Banks. “It is not just beach nourishment anymore. There’s a lot more. He’s a great asset.”

County Commissioner Jimmy Farrington, an Emerald Isle resident who serves on the beach commission, supported the concept Monday. He and others, including Chairperson Jim Normile, said there has been a lot of “mission creep” since the county hired Mr. Rudolph to handle beach nourishment in 1997.

Those other issues include flood mapping and dredging, as well as coastal resiliency planning and reactions in the face of increased flooding as the climate changes and storms become stronger and more frequent.

Mr. Farrington said he thought a new position could handle dredging projects “while learning the other stuff. … We need to start that discussion. We have time to get it started.”

Mr. Rudolph started the county’s beach program long before anyone else in the state had anything like it, the county commissioner added.

One issue, however, is that under the state legislation that established the beach commission and the shore protection office, 50% of the revenue generated by the county’s occupancy tax goes to the beach nourishment reserve fund, with the other half funding the Crystal Coast Tourism Development Authority and its budget.

All of Mr. Rudolph’s salary and benefits –$113,275 in salary and a total package of $154,470 with benefits – comes from the money allocated for beach nourishment activities. His salary next year remains unchanged.

Mr. Rudolph said in an interview Tuesday it’s not clear whether the beach commission enabling legislation would need to be amended to pay for a new position not directly related entirely to beach nourishment, as his was, at least initially.

He had an assistant in his office for a short time years ago, paid through the county’s general fund. So the county could do the same to pay for a water resources and resiliency manager.

Mr. Normile, who is also an Emerald Isle town commissioner, agreed it’s time to widen the discussion of a new position in the office.

“The last thing we want to do is stretch (Mr. Rudolph) too thin,” added commission member Mike Luther, who represents Indian Beach.

Board members also noted there is always a possibility Mr. Rudolph, like anyone, could leave before 2027.

Beach commission member Larry Baldwin, who represents the county on the panel, agreed with Mr. Farrington and Mr. Normile.

“I don’t think there is any question (a new position) is needed,” he said. “And we need to have some kind of backup. We are totally dependent upon Rudi.”

In just the past three years, Mr. Rudolph has handled three multi-million-dollar beach nourishment projects, plus numerous dredging projects. Those include the Old Ferry Channel/Deer Creek effort in the western part of the county, port channel dredging in Morehead City and the Atlantic Harbor dredging and shoreline stabilization project Down East.

All of those have largely been paid for with state and federal grants or emergency relief money obtained through Mr. Rudolph’s efforts, and some of the projects overlapped.

Mr. Normile stressed the importance of the work Mr. Rudolph does.

Ahhh , I knew Climate Change would creep into this conversation . Yeah , let’s hire more folks to beat back this doomsday event that is racing towards us at breakneck speed . Use the abundant Biden bucks to pay for it all . They are free , aren’t they ?

And so the bureaucracy begins to metastasize. Now the two will need a secretary to answer the phone, and open the mail. more space, retirement plan, a health plan, a medical plan, possibly a car, phone and maybe uniforms and fire arms. a logo and new stationary.

Mr. Farrington said he thought a new position could handle dredging projects Farrington said, “while learning the other stuff. … We need to start that discussion. We have time to get it started.” Other stuff ??????????????????????????? Like how to not kill endangered species like turtles and not get a heavy fine and mitigate the situation.and do this in a turtle sanctuary??? Stop the madness. STOP IT.

Who is protecting the general public from this overreach , and over taxation of this beat to death subject, i mean Jesus, REASON HAS LIMITS there wizards. [yawn]

13 coastal counties. How many have shore protection offices? At a million a yr.

Even better, we drop 30 million in sand on the island every yr it seems like. Why are there still beaches from Maine to fl on the east coast that get no sand ?

Ab gets their sand free as part of mhc harbor dredging, the rest of the island had sand envy and here we are, pouring money on the beach, for no real reason that I can see other then the knee jerk" tourists expect it"

Somehow the island survived for eons without it.. Whats that word,