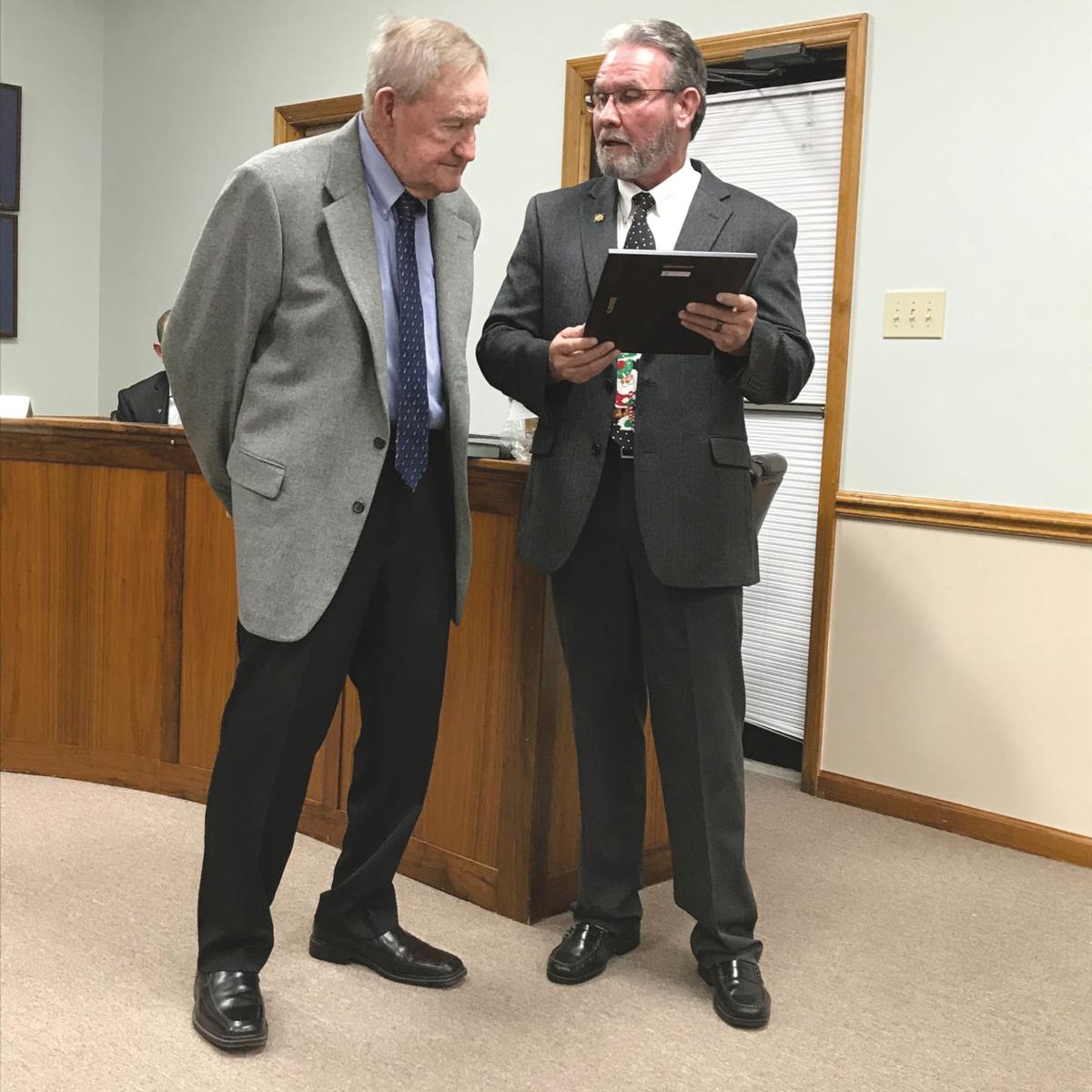 Outgoing Commissioner David Winberry, left, looks at a certificate given to him Tuesday for years of service as Mayor Scott Hatsell reads it to him and the audience at the town board of commissioners’ meeting. (Brad Rich photo) 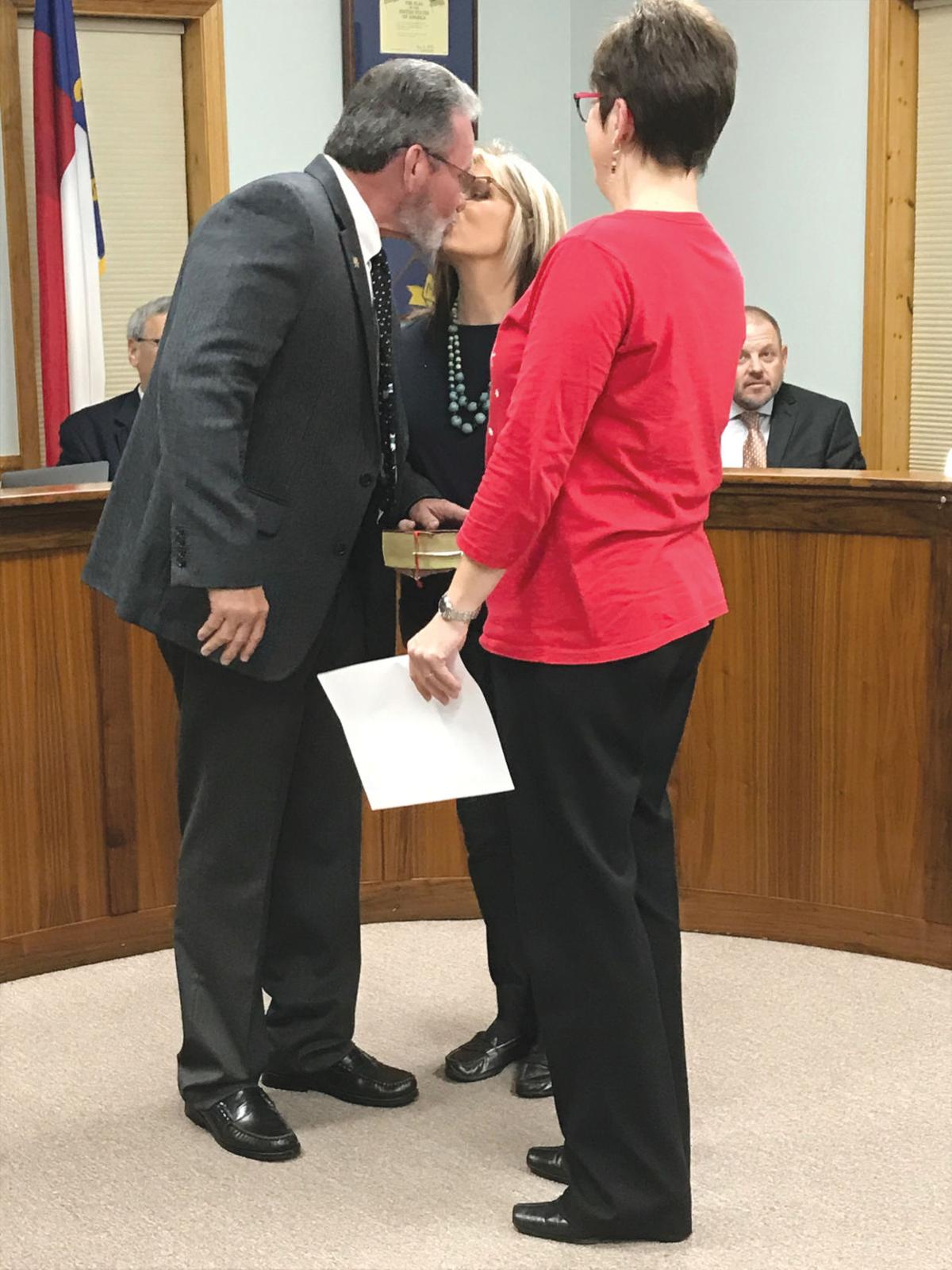 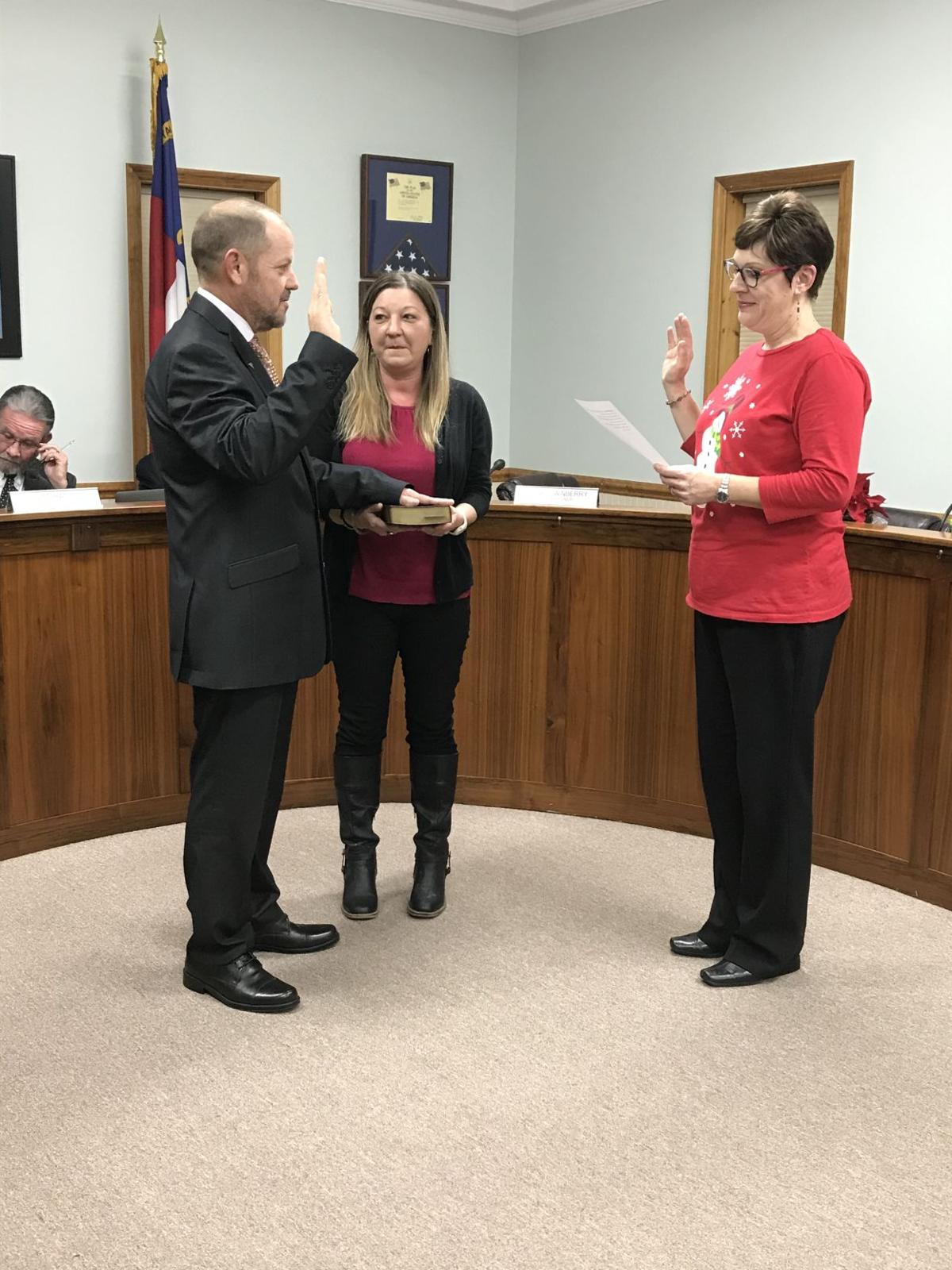 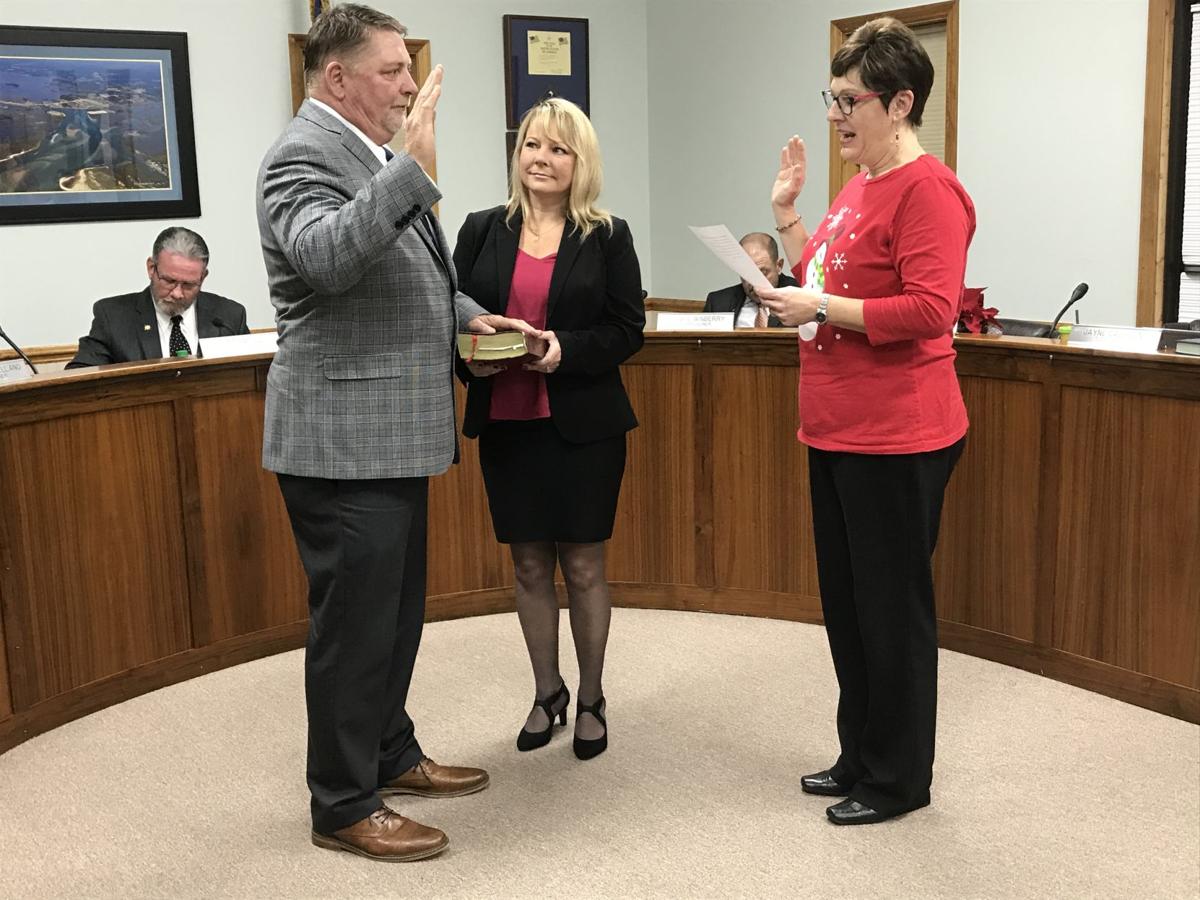 Outgoing Commissioner David Winberry, left, looks at a certificate given to him Tuesday for years of service as Mayor Scott Hatsell reads it to him and the audience at the town board of commissioners’ meeting. (Brad Rich photo)

CEDAR POINT — It was a family affair in town hall Tuesday night as longtime Commissioner David Winberry stepped down and his nephew, Frankie Winberry, was chosen as mayor pro-tem after being reelected Nov. 5.

Frankie Winberry, who won 156 votes in the election, took the oath for his second term in office during the board of commissioners’ last regular meeting of 2019, as did newcomer Gary Bray, who received 169 votes, and Mayor Scott Hatsell, who won reelection unopposed with 245 votes.

When the board honored David Winberry, Mayor Hatsell praised his longtime friend for serving 14 years on the commission in two different stints, once for six years, then for eight more.

“He got out for a while and then we needed him and he came back,” the mayor said. “...He did Cedar Point a favor. We thought we had him for just four years but he stayed for eight.”

The Winberry family has deep ties to the town, operating Winberry Farm, a successful business known for its famous Bogue Sound watermelons.

David Winberry, who didn’t seek reelection this year, was also one of the leaders in the effort to incorporate the town about 30 years ago.

He is also known for continuously riding around town, looking at things and pointing out problems and successes to the mayor and the administration. He is also as a strong advocate for hiring and retaining good town staff, often seeking pay hikes for them during budget deliberations, even though he was a proponent of conservative budgets and low tax rates.

“I think the world of him,” Mayor Hatsell said. “I’ll be calling him a lot.”

Mr. Bray said he was thankful to town voters for giving him the opportunity to serve on the board, and Frankie Winberry said he was pleased to be back to continue working to make the town better.

Mayor Hatsell said while he’ll miss David Winberry, he’s certain the new board, which also includes holdovers Pam Castellano and John Nash, will be a good one.

Frankie Winberry thanked his uncle “for getting me involved in all of this. He was instrumental in putting this town together.”

Mr. Nash has played an integral role in the town’s signature event, CedarFest, in recent years and has also spearheaded efforts to get the town’s new 56-acre park on the White Oak River purchased and open to the public with marked trails.

Mr. Nash said he was glad to see Frankie Winberry back, welcomed Mr. Bray and thanked David Winberry for his contributions to making Cedar Point the town it has become.

The mayor appointed Mr. Bray to be the town’s lead representative on the board of directors of the Western Carteret Interlocal Cooperation Agency, which oversees the Western Carteret Fire and EMS Department, headquartered in town and also serves Cape Carteret, Bogue, Peletier and the unincorporated county areas around them.

Chairmanship of the WCILCA board rotates among those towns’ mayors, and Mayor Hatsell is currently in the seat.