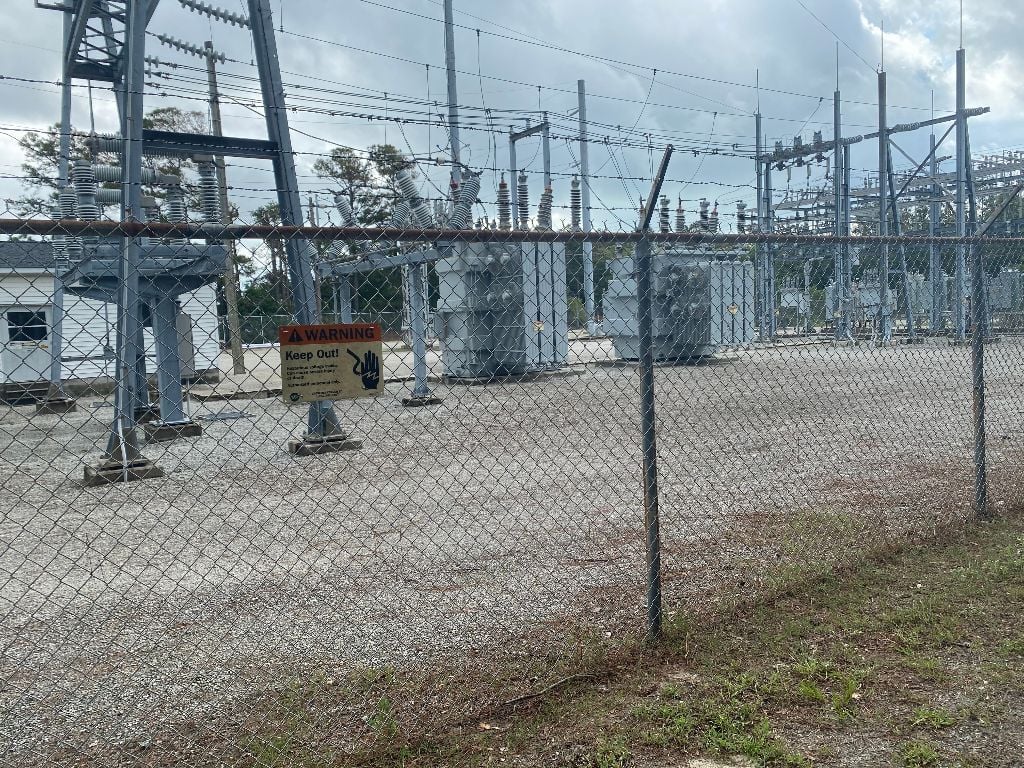 Bogue Banks Water Corp. has one reserve osmosis plant in Emerald Isle, part of which is shown here off Coast Guard Road, and is looking to put in a new reverse osmosis plant in town to be served by a new well. (Brad Rich photo) 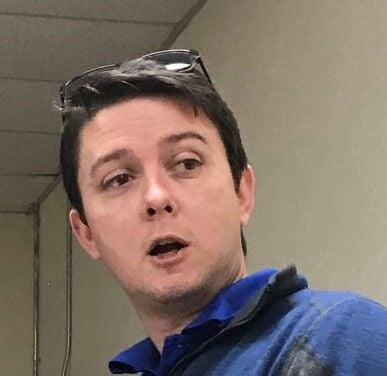 One of the customers who complained was Danny Shell, who lives on Windjammer East, off Coast Guard Road.

Mr. Shell said he visited BBWC in early September after receiving his August bill and listened to an explanation. When he got home, unsatisfied, he posted his experience on social medial and got more than 100 responses from people whose bills had tripled.

“In all fairness,” Mr. Shell said in the email, “it appears … I have overindulged in irrigation, something I’m not proud of. In any event, I have turned off the irrigation and will water as needed for shorter times and see what happens next month.”

Still, he said, “It is glaringly apparent the company cannot meet the summer seasonal demand for water and we were poorly ‘incentivized’ to take notice via our recent bills.”

In his response, Mr. Hill said the private, nonprofit company has installed new meters for about 65% of its customers, and they are more accurate than the ones they replaced, which have degraded over time.

In addition, he said, the company implemented new rates for the first time in 10 years before the novel coronavirus restrictions hit in March. The company, he added, “waived all late fees and suspended any disconnections during this time and offered hardship payment plans if needed.”

The new rate system is “tiered” for the first time, Mr. Hill said, meaning instead of paying a flat rate for all the water they use, customers now pay more as usage increases. It’s something other companies implemented long ago, he claimed.

In addition, BBWC bills irrigation water at an even higher rate, $10 per 1,000 gallons.

“The decision to switch to a tiered structure was not made lightly,” Mr. Hill said in the statement.

The utility, he said, initiated the system for a number of reasons, including ever-increasing demand for a limited resource.

“With summertime demand increasing to almost 400% of the offseason demand, we sent out newsletters in the spring of the last two years asking customers to help by lowering their usage, specifically irrigation, during the summer season,” Mr. Hill said. “The demand has not subsided any over the past two years. Statistically speaking, homes that irrigate use 70-80% of their water on the lawn.

“While we understand the desire for a plush green lawn, especially in a community that contains significantly more rentals than fulltime residents, it is ultimately a luxury item that is doing more harm to the (Castle Hayne) aquifer than good to the surface,” he continued.

He said it is not a healthy longterm trend.

“We cannot continue to blindly abuse the groundwater aquifer with such a high demand without consequences to future generations,” he said, citing saltwater intrusion.

“My primary goal is to maintain a water system that is not only functionally healthy, but one that is prepared for the future with a healthy aquifer to provide safe water for future generations,” he concluded

Mr. Shell said many property owners have no room for the shallow wells Mr. Hill suggested.

In his response to the complaints, Mr. Hill said the company, which also serves Indian Beach and Salter Path, has been trying since February to lease town property in McLean-Spell Park for a new well. It would supply water for a planned reverse osmosis plant to deal with the intrusion problem. Reverse osmosis removes salt.

Residents of Sound Drive near the proposed lease site complained about the company’s well site plan, and the town has not yet approved the lease, in large part because of state restrictions on crowd size in meetings during the pandemic. Officials haven’t wanted to hold a likely crowded public hearing.

Town Manager Matt Zapp said Friday the town wants to continue discussions with the utility and will address the lease as soon as possible.

In the meantime, Mr. Hill said BBWC is testing a water meter add-on that would allow homeowners to see water usage daily via an app.

“This could be a powerful tool for those that do not live here fulltime, have rental homes, or just want to keep an eye on your everyday usage,” he said.

I love it when people who have these big ole fancy houses whine when the rates go up. When you waste water to make your lawn look precious it serves you right. We the little common people struggle to make ends meet so there will be no sympathy to you poor babies in the big big houses from me. Boo hoo

Salt water intrusion is a common problem when you have rampant over development along the coast . You have done this to yourselves and have only yourselves to blame . Chasing the almighty dollar can get quite expensive but you continue to pursue this madness even as of today . Of course new wells will be drilled , inland , and piped shoreward putting at risk the folks that live there but that is OK . Isn’t it ? As long as your yards are green , the tourists served and the bank accounts topped off , everything is lovely . For you ! The thing is , your officials knew this was coming . They were advised of this problem years ago but still larger and denser development continued unabated . Time for another RO plant followed by another soon after . All due to excessive conspicuous consumption . AKA Greed .

As a Tillis' staff member said, if you can't afford the water you can't have it.

One bigger issue is that there is no moratorium on preventing everyone from buying houses, tearing them down & replacing them with huge houses so they can make more $$ from vacation rentals. That, coupled with much more building, will result in higher water bills - someone has to pay for the increased infrastructure that the county didn't force the developers to pay...I mean, this is what you guys wanted, right? Isn't that why everyone keeps saying this should become a huge vacation destination?

He is crying about poor incentives! Him crying about the bill should be a good enough one.. That makes me laugh!! Maybe he and the lot should think about rain barrels, drought tolerant grass and landscaping before he starts talking about overindulging in water consumption. My mother has a place in EI. Low maintenance.

Also ya'll be a doll and cut the strings/ear ropes if you are using disposable masks. They are becoming hazards for our wildlife even when they make it to landfills.

Some folks are born to cry , cry all the way to the bank .

Rain barrels usually will not pass muster with most HOAs . Everything’s gotta be just right . More power than the bank or God . Little old men walking tiny obnoxious lap licker dogs in the AM , carrying note books looking for any discrepancies real or perceived .

Collins...that’s some funny stuff there! True!

Lawn grass feeds no one. It does nothing but look like astroturf. EI should charge the snot out of anyone using drinking water to grow grass. Half the time it ends up in the street washing down the drain.

Plant some sea oats in your vacation yard and be done with it. Weedeat once or twice a year. Problem solved.

Appears they are doing just that Benelli , just that . Bout time .