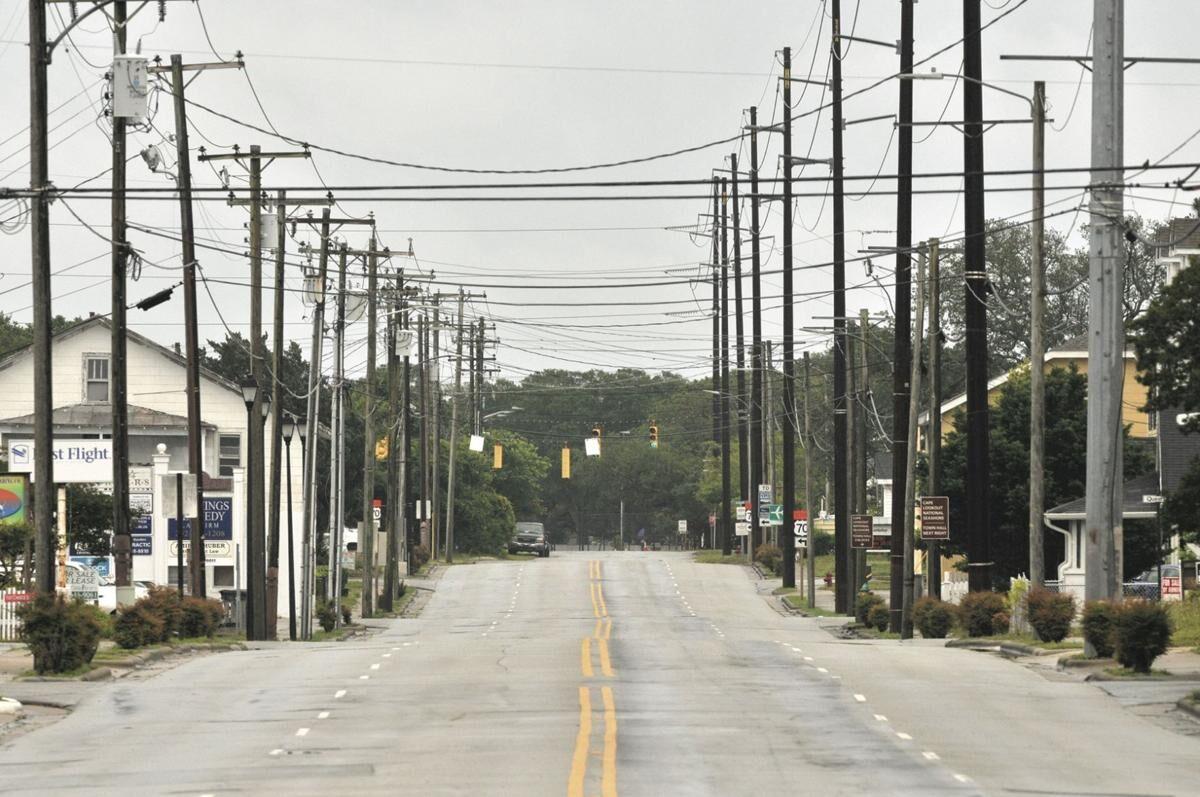 Block-by-block closures, which begin Tuesday, will allow crews to repair and replace utilities under Cedar Street in Beaufort, seen here in a file photo. (News-Times photo) 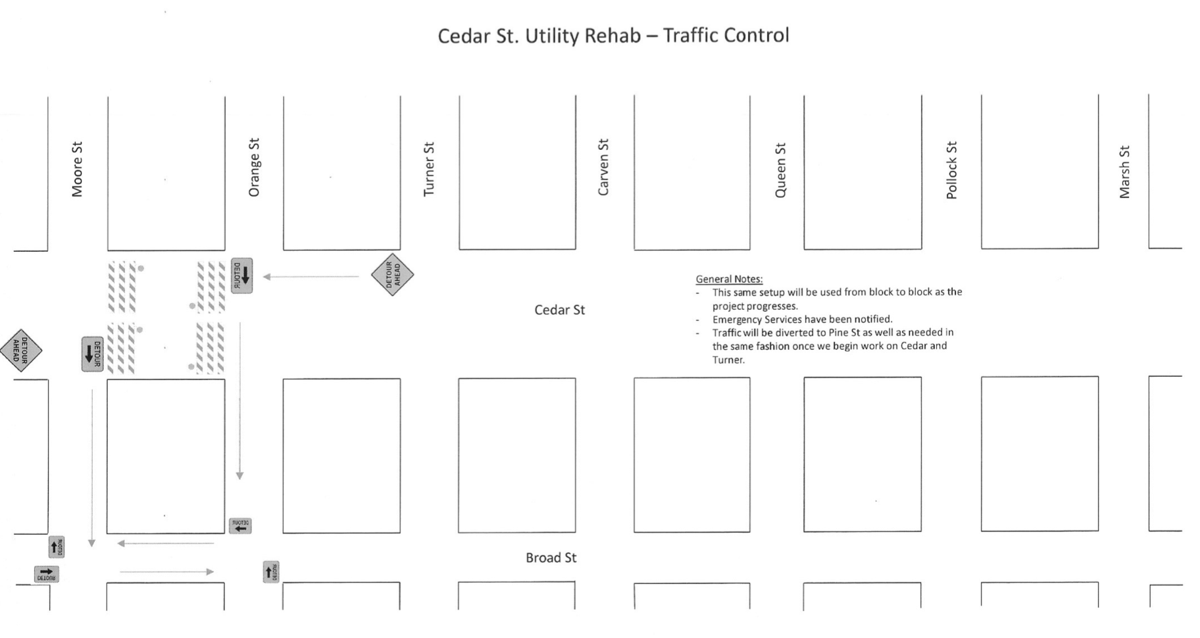 Motorist will be asked to use detours, like this one, along Cedar Street in the coming months as crew close sections of the street to effect repairs and replacement of some utilities beneath the road. The first closure is set to begin Tuesday. (Town of Beaufort graphic)

BEAUFORT — Crews working for Beaufort are set to close portions of Cedar Street beginning Tuesday as they work to repair and replace utilities beneath the road.

The town issued notice of the pending closures late Friday and said over the course of the estimated four-month project, closures should be limited to one block at a time.

“Please use caution while traveling in this area as road closures will be necessary and the closure areas will change while the work is completed,” the town said in a release.

Tuesday’s closure will include the block of Cedar Street between Moore and Orange streets, followed by subsequent closure of Cedar between Moore and Live Oak streets, according to the notice. From there, closures are to proceed westward. Detours will be provided around shuttered blocks.

“The rehabilitation and replacement work of underground infrastructure is being undertaken in advance of North Carolina Department of Transportation’s planned resurfacing of Cedar Street,” the town said.

At some point, NCDOT, which maintains the roadway, is set to turn Cedar Street over to the town, freshly paved. NCDOT relinquishing the street is connected to the final stages of the Gallants Channel bridge replacement project.

Beaufort commissioners awarded the bid for the utility work, which will prep for the stormwater and repaving efforts, in November to Ralph Hodge Construction Co. of Wilson. The project totals $1,664,170, to be paid for from the town’s capital reserve fund.

So they’re starting on the west end and working westward? What?