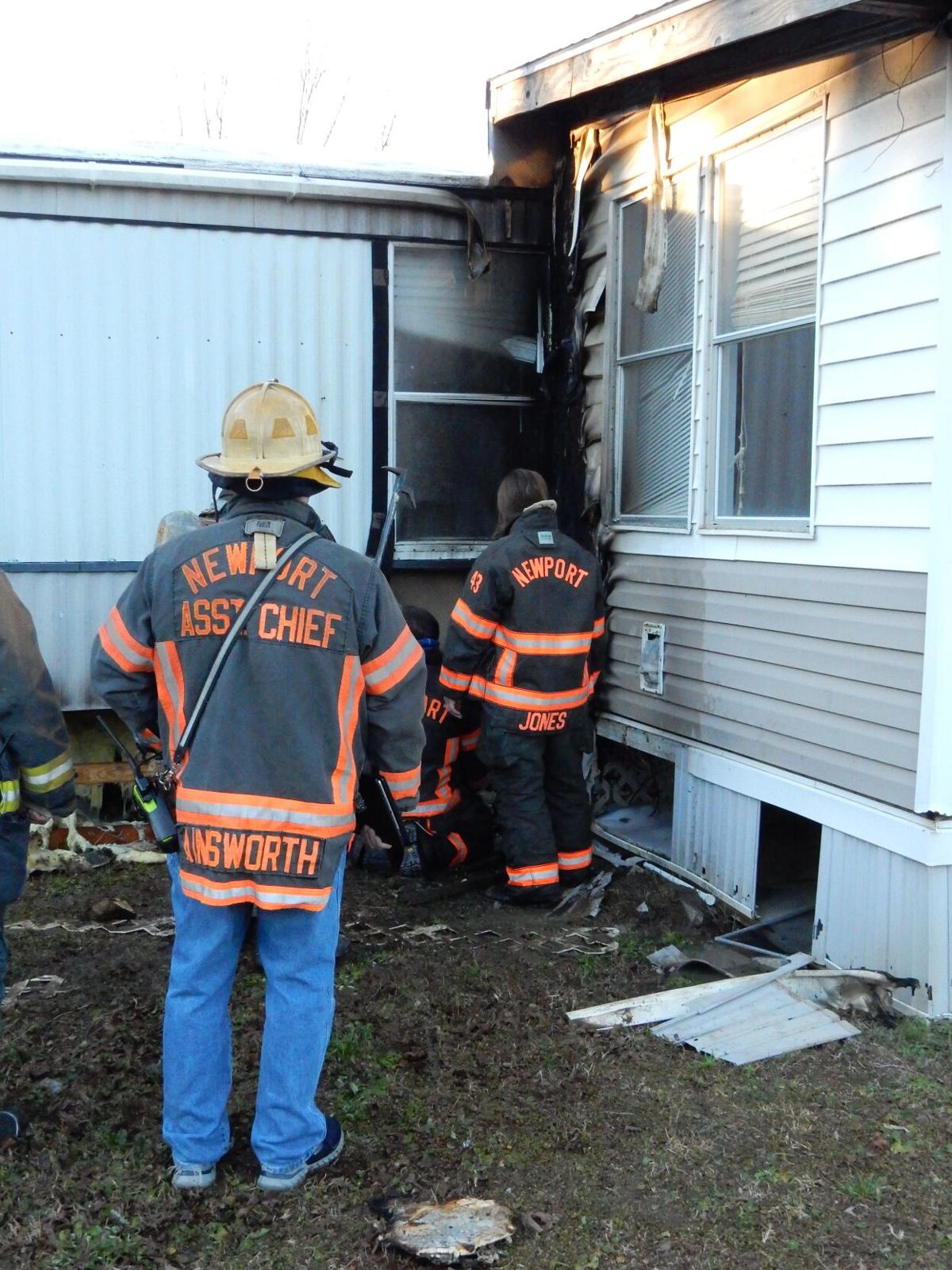 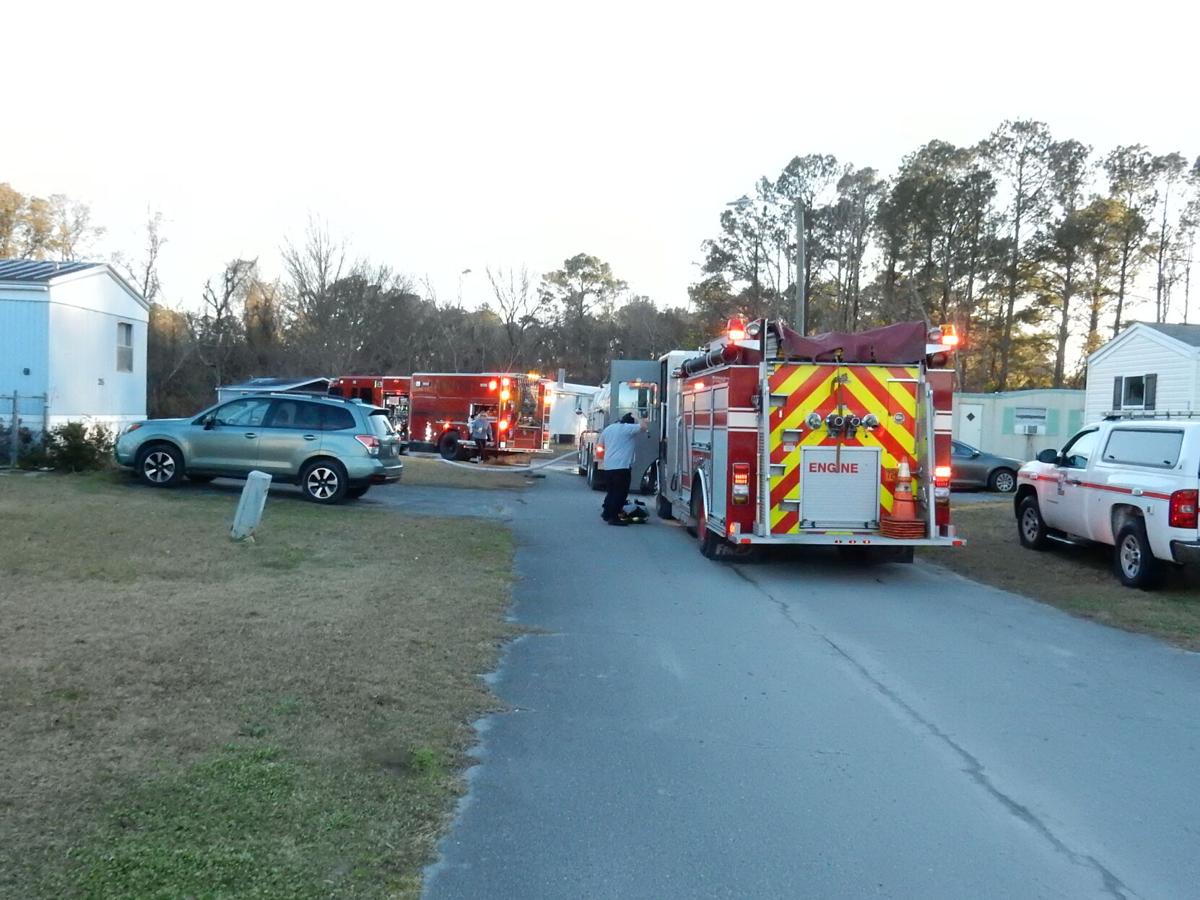 Newport Fire Department engines and tankers line the road at Riverstone Mobile Home Park Sunday where a blaze started under one of the trailers. (Mike Shutak photo)

NEWPORT — Newport firefighters stopped a blaze at Riverstone Mobile Home Park that flared up beneath an occupied trailer.

NFD Deputy Chief James Ainsworth said they managed to put out the fire quickly, and the other fire departments were told they could cancel their response.

"The only damage is here," Deputy Chief Ainsworth said, indicating the exterior of the trailer, "and under the trailer, nothing inside (was damaged)."

Newport resident Sharon Cleary and her children were in the trailer at the time of the fire. All of them made it out without injury.

"I don't know what happened," Ms. Cleary said. "My house filled with smoke, so I got the kids out."

As of Sunday afternoon, the cause of the fire is still under investigation.